The Cairngorm Mountain range is where we chose to head for our adventure; situated east of what many consider the true Highlands, it’s home to some of the UK’s tallest mountains and they clump together to for a plateau that in the winter is home to the UK’s snowsports scene, but in the summer becomes the preserve of the hiker and cyclist. 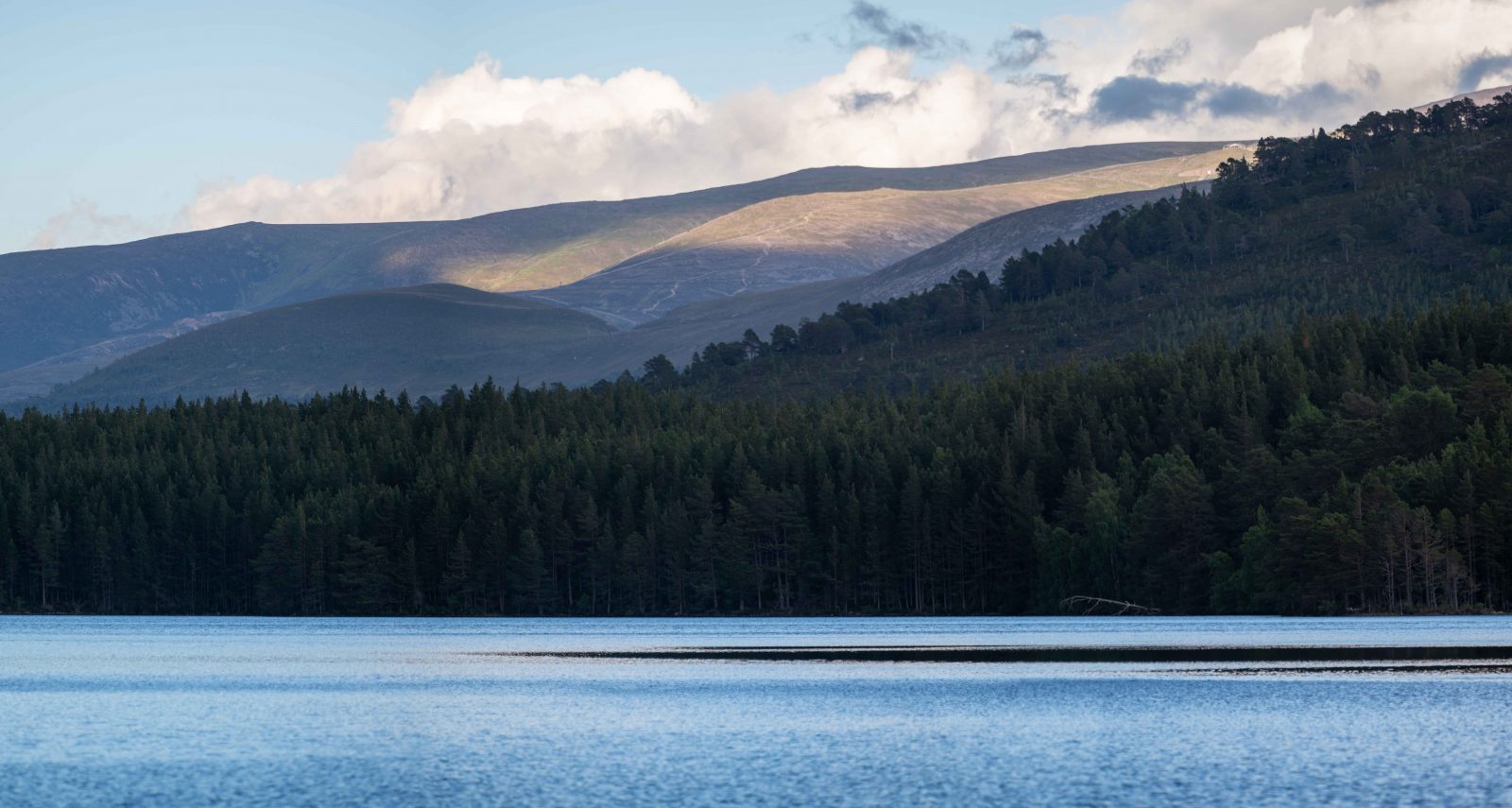 We loaded up a bike and settled in for the long journey north up from London, skirting the Lake District and then into Scotland. Anticipation starts to build as civilisation ebbs away, buildings and motorways give way to mountains and rivers. We rolled into camp late into the evening but there was still a bit of light left to get the tent up and prep the bike. 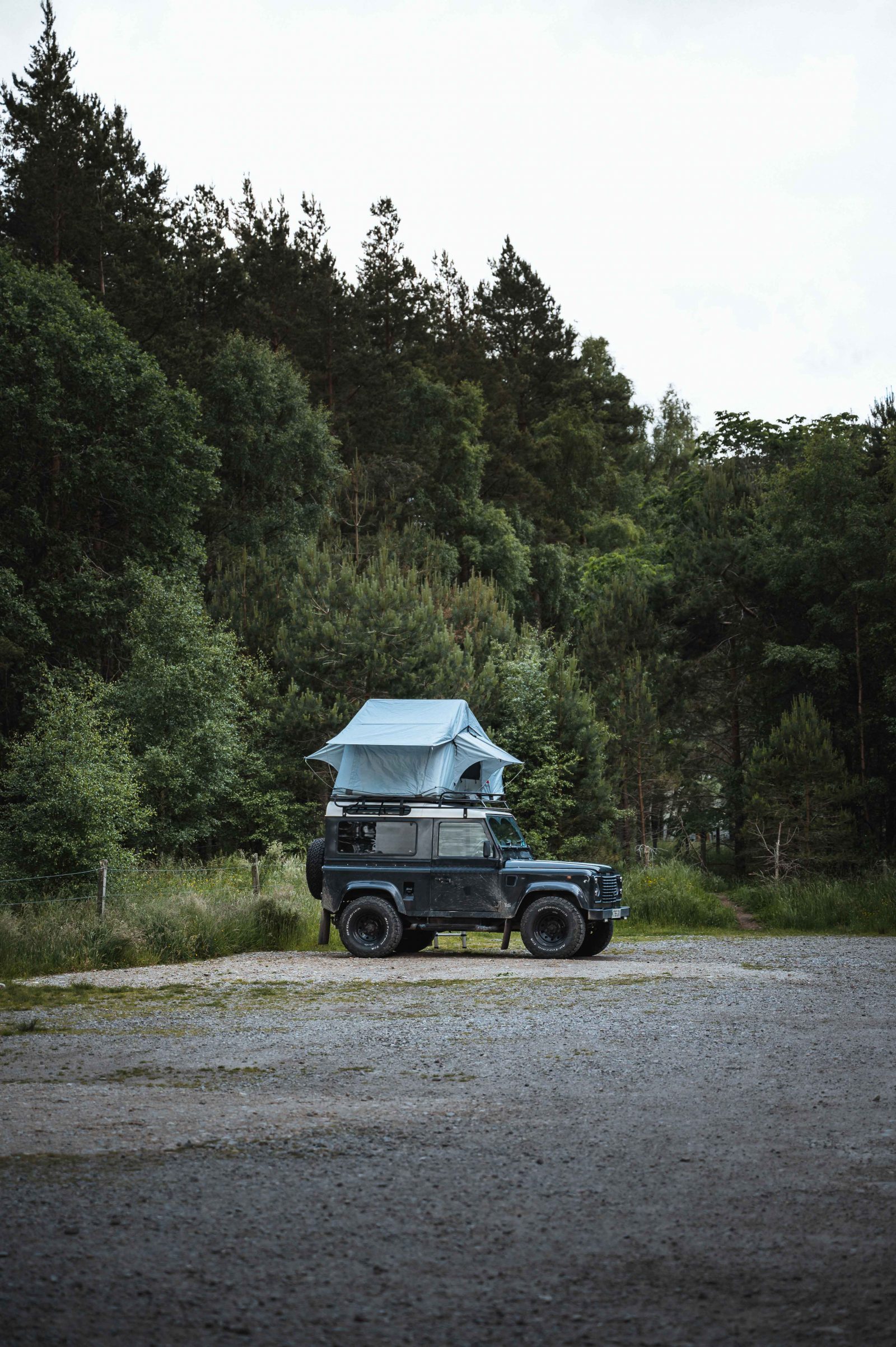 We’d chosen to bring a 3T RaceMax as it offered a bit more speed over the road sections of our route and from our initial research, the tracks we’d be riding we’re reasonably well surfaced and didn’t really demand the burlier UltraMax. Our steed was kitted out with Campagnolo’s new 13 speed gravel specific Ekar groupset and with its wide range of gears, we’d be confident tackling even the steepest inclines. 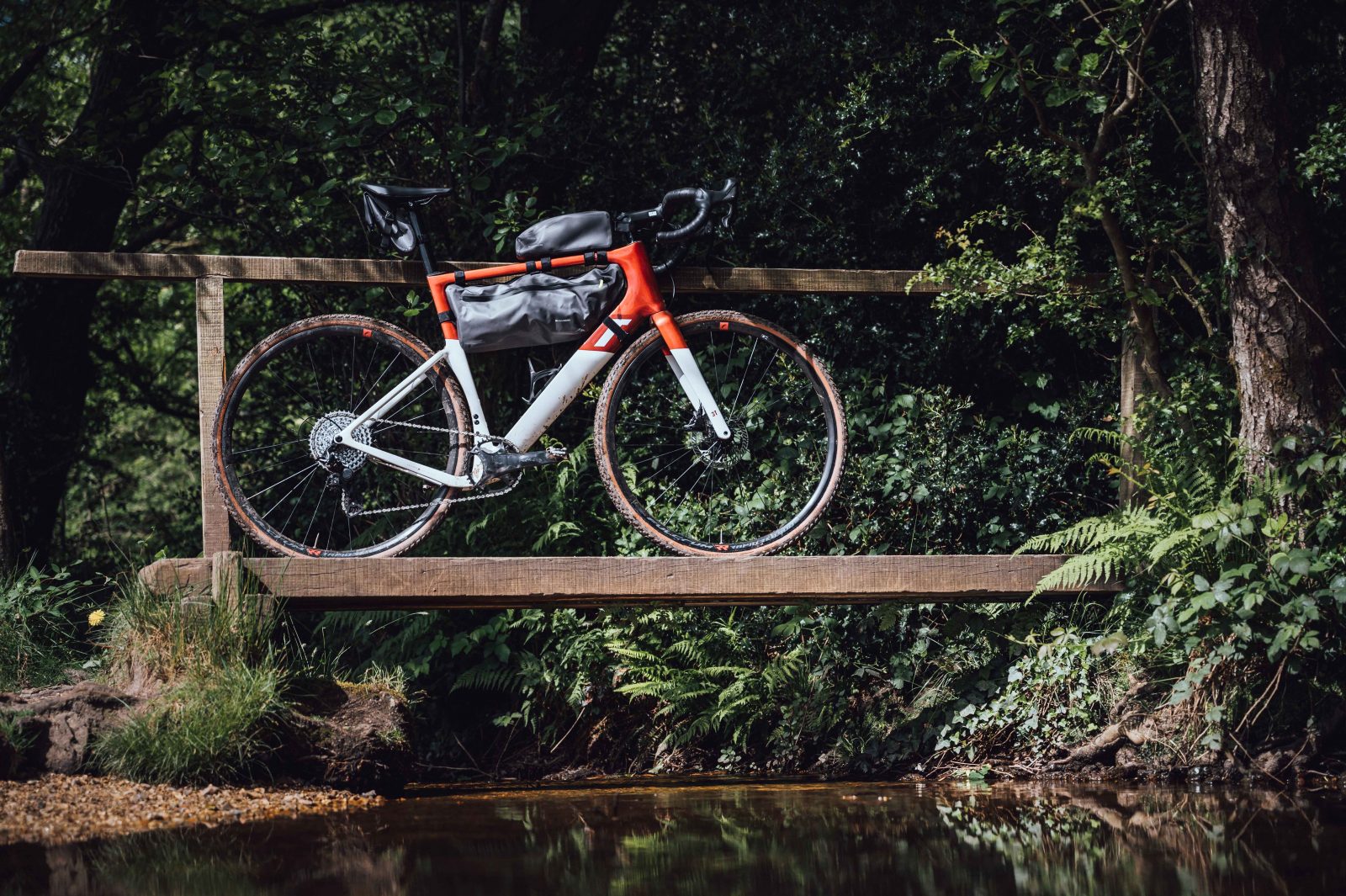 Rolling out from the start point, we immediately got a taste of the cycling infrastructure on offer in the Cairngorms. Our route lead us along the busy road up to the ski lift station but off to the side of the main road was a purpose built cycle path, weaving through the ancient pines with glimpses of the barren landscape teasing us with what was to come.

Our research was paying dividends too, the gravel was smooth and the pace was high which was ideal territory for the RaceMax, we cruised past a couple of bewildered mountain bikers who thought we’d strayed from the tarmac and continued on our ride. This was the kind of terrain the RaceMax excelled at, the fast and accurate handling made carving turns between the trees a breeze as the kilometres ticked by.

The first navigational waypoint was Glenmore Lodge, the national training centre for a host of outdoor activities., It was here that we swung off the main path and headed off into the wilderness that lay beyond. The going got a little tougher, large rocks littered the path and the gradient see sawed between positive and negative which meant a lot of shifting up and down the 13 speed block. We found that the chain was eager to drop into a higher gear, but upshifts felt laboured and the shifts weren’t as immediate as the competition; we did relish the small jumps between gears however, meaning we could keep our cadence in the optimal range across the terrain.

The Highlands are full of surprises. One minute you can be bombing along a path and come across the most verdant green lake we’d ever seen. Aptly named the Green Loch, this body of water is green due to algae present in the water; it’s probably not advisable to swim here but makes for an interesting spot for a snack and a breather. 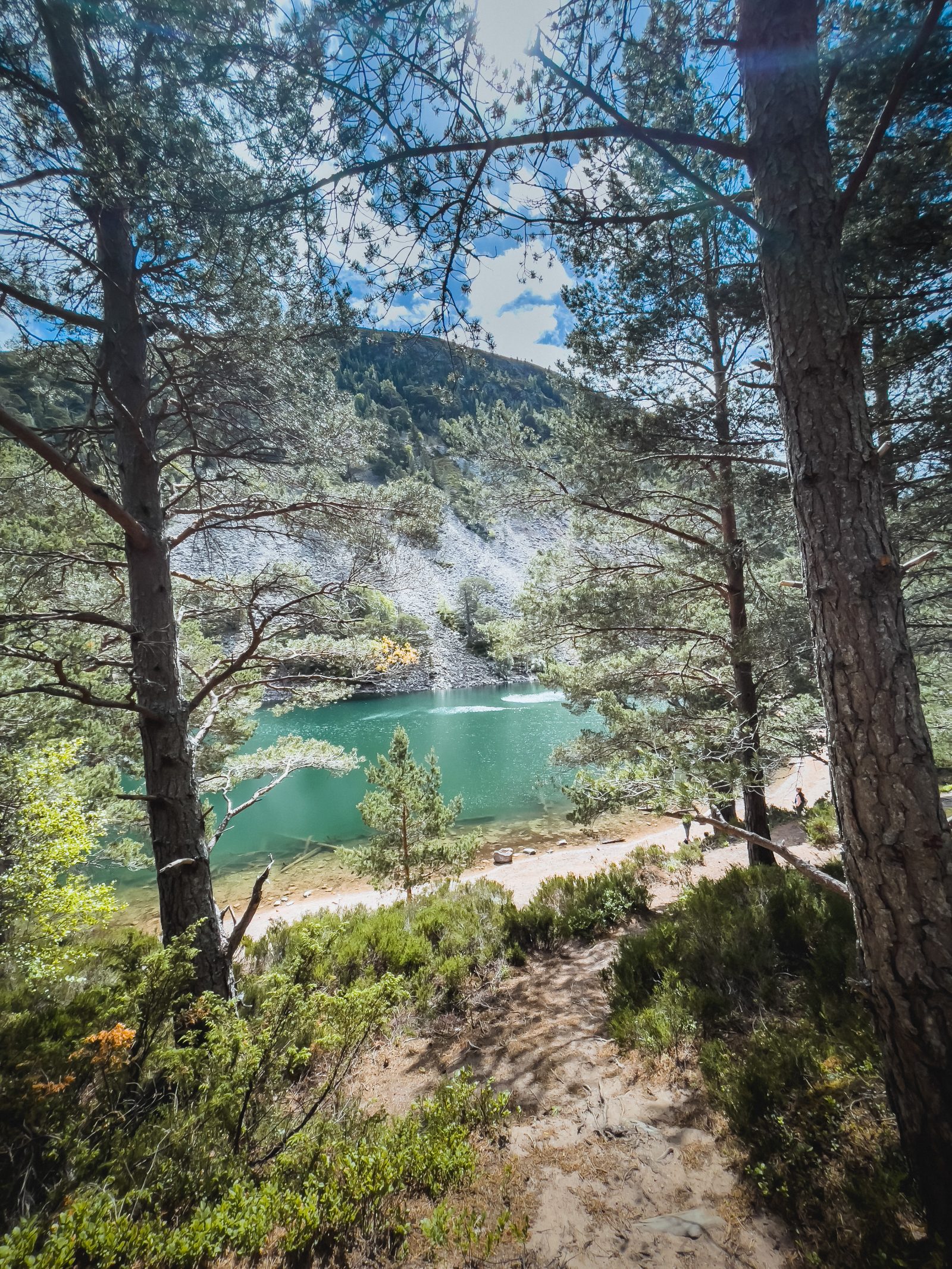 From here on in, the path really degrades; large rocks and loose debris make picking a smooth line almost impossible. A full suspension mountain bike would probably be a bit overwhelmed but with some disregard for staying upright we powered through the chunky stuff and were greeted with a stunning over open moorland with mountains in the far distance. If this wasn’t gravel heaven then we’re not sure what is.

As if our stunning gravel ride through the Cairngorms couldn’t get any better, we then cruised for about 10km down gently rolling hills, through ancient pine forests and saw not a single other person. It’s moments like this that reminded us why we ride; for the escapism and exploration. The nearest person was probably easily a couple of kilometres away yet we felt at peace among this ancient and rugged landscape just peddling like nothing else mattered. Having traversed some of the greatest gravel riding the UK has to offer, it was only apt that the route re-joined the road for a short distance and we could sample some exceptional road riding. Narrow lanes devoid of traffic, potholes and people accompanied us for 10km as we rode through the Dell of Abernethy and past idyllic lochs; the mighty mountains of the Cairngorm Plateau looking on the horizon all the time. We ploughed onwards, over the river Spey which provides some of the purest water in the world to some of the best distilleries in the world. The evocatively named distilleries of Glenfarclas and Benromach draw their water for their world renowned single malts form this water. A short jaunt through the maze and heritage of Scottish Single Malts saw us rejoin the gravel onto another beautifully smooth but still gravel track that linked Boat of Garten back with Aviemore. It wasn’t the most technical or inspiring sector we’ve ever ridden but it’s a testament to the infrastructure that is in place in this corner of the UK that it even exists. SO many places could take lessons from Aviemore and the Cairngorms with regards to cycling infrastructure; segregated cycle paths and signposted routes were just the start and it the feel of the entire area was that of one that is geared up for the great outdoors. A quick blast back through Aviemore and we were back at the car. We’ll certainly be back to ride more here; the sheer number of trails and tracks criss-crossing the area was astounding and you could probably ride a different route every day for years and not get bored. 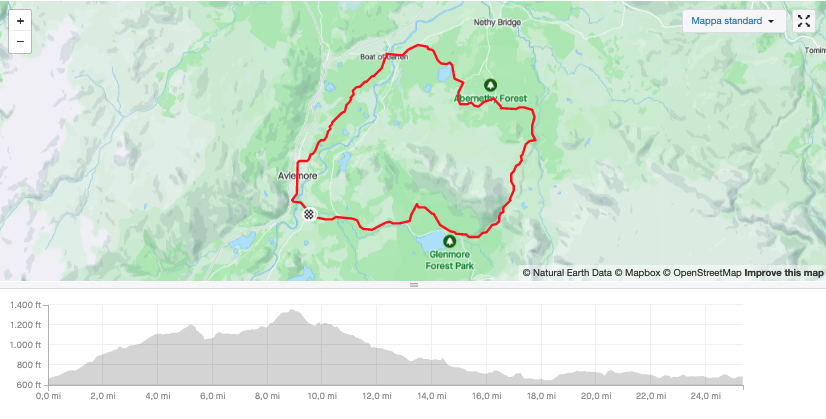