We leave Pian del Re on a gloomy morning at the end of October. The Monviso today did not want to reveal itself to greet these unusual travelers on pedals. The idea that animates me and Giacomo, a good and too modest video maker from Cuneo, is to retrace the course of the Po to tell it through the key of climate change. 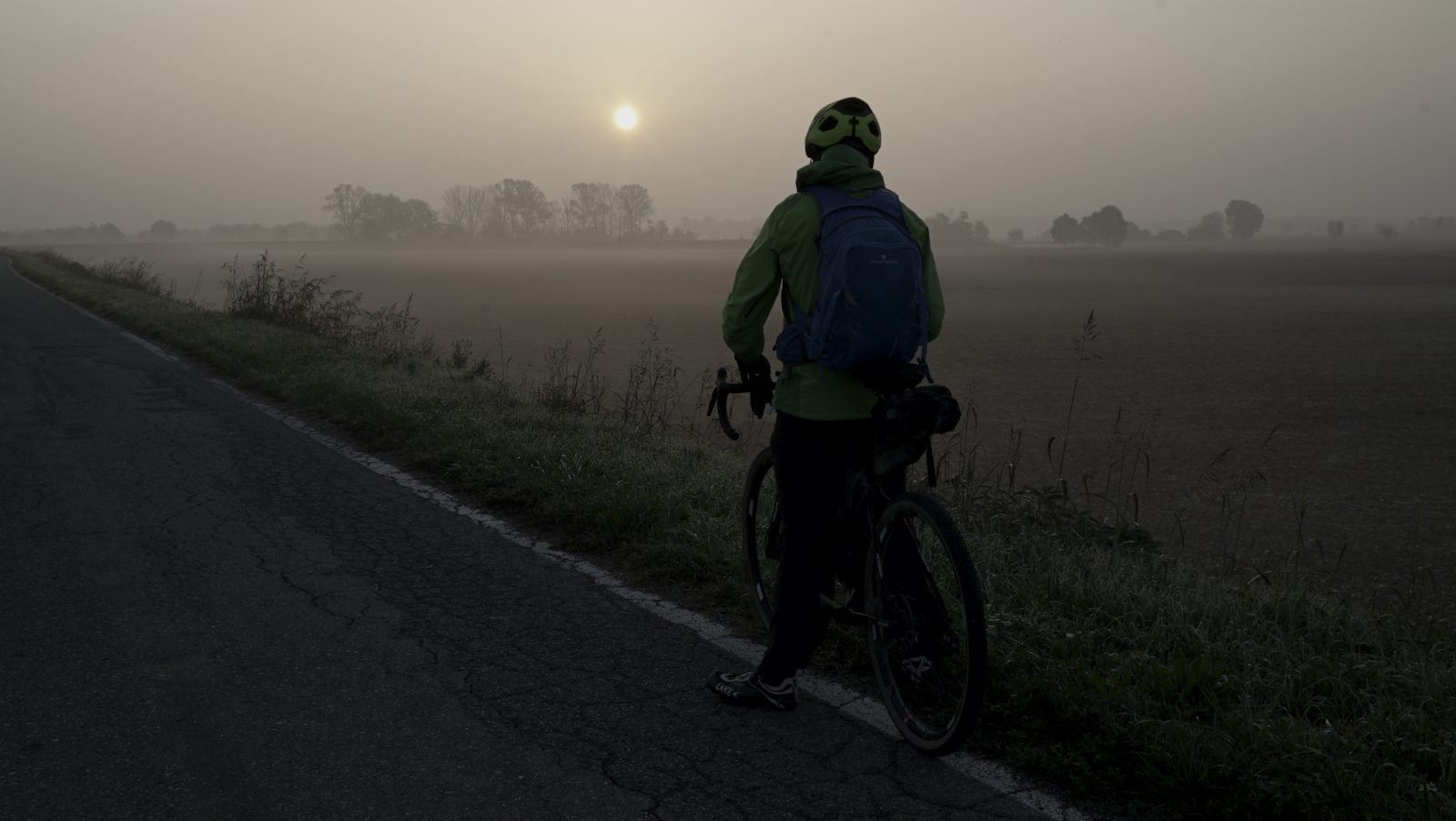 In recent years the longest river in Italy has suffered from low summer rainfall and poor winter reserves. In the summer of 2017, media attention was drawn to the fact that its source was dry. For the first time, since history remembers, under the stone with the inscription “Here the Po is born” there was no water trickle. 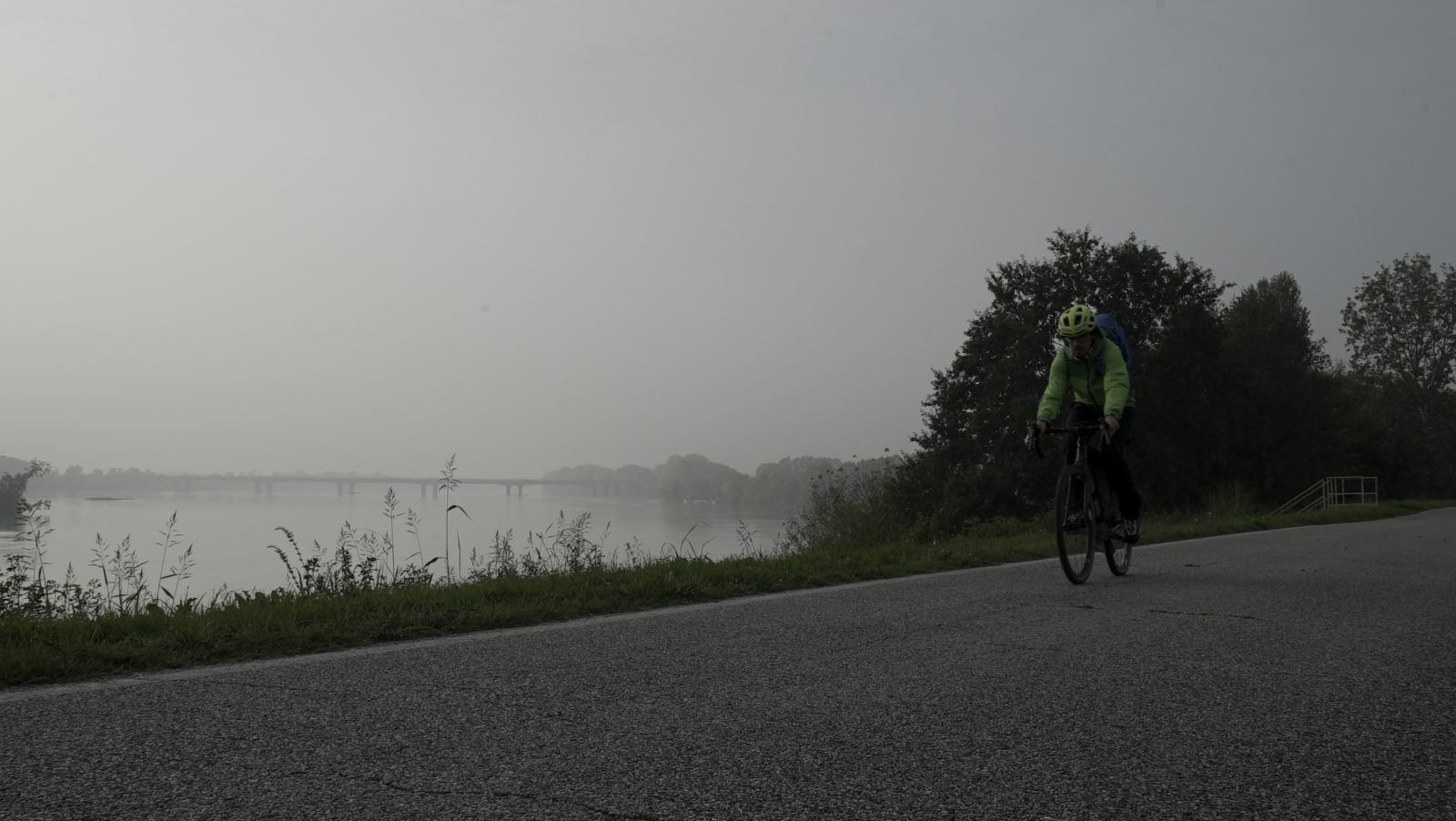 Maybe that’s where I came up with the idea to take the course to discover something more. To go beyond the autumn childhood memories that saw the river punctually invade the house where I grew up, with every rain. As a child I had a different relationship with the Po, it was the afternoon leisure, the Sunday pastime. The Monviso instead appeared, in the most clear days, as the far Himalayas. When in October began that long period of incessant rains (today it happens more and more rarely) we left with boots and umbrella to check the water level. If he went too far, he had to take cover and move upstairs. 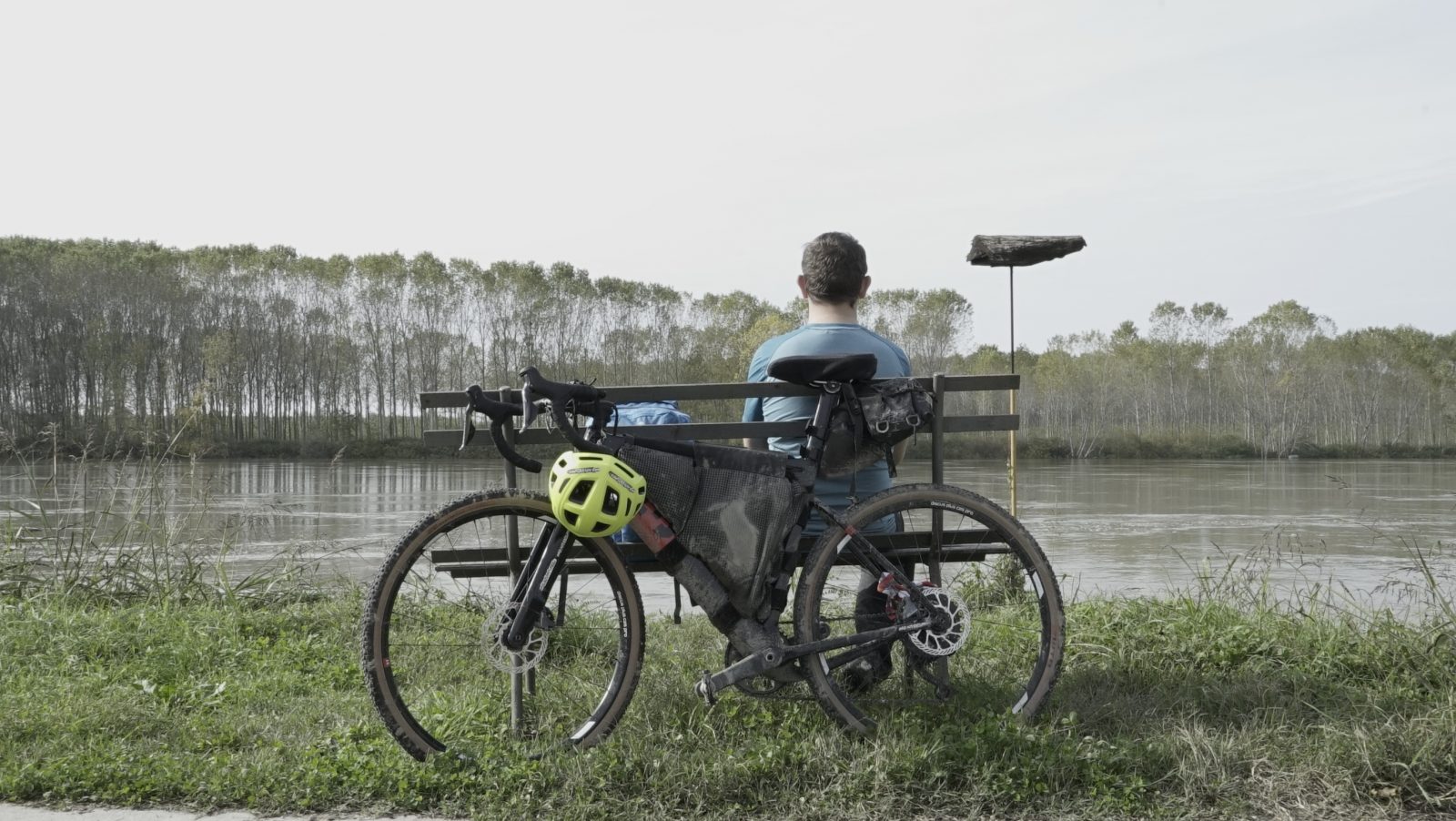 For us there will be seven or eight days riding our 3T bike, but we would like to try to be like drops of water that dragged by the current try to understand the becoming of this long snake that cuts across northern Italy, to die where the sun is born.

The ideal would have been to follow it by boat, as many do, but not knowing how to swim I preferred a more congenial means to me. Two wheels are a strange passion. I learned to love them by observing and writing about people who on the pedals are able to stay 9 days without almost never stopping.

Instead, I don’t like to make programs, except those essential to start cycling. For the Po I started with a date and nothing else. I called Giacomo and away, I was excited as a child to pedal in the fall. My travelling companion a little less, but in the end he let my way of being go down.

Did you like this story? You can find all on Amazon Prime.