When we launched the Exploro in 2016, people thought the idea of aero gravel was crazy. Mostly that’s because they misunderstood gravel as a separate world, instead of one connected to road riding. Because if you’re like most riders on this planet, you love riding in nature but live in an urban jungle. So you need to get out of town and into the woods, and to keep that fun you need to do that fast.

So a good performance gravel bike performs not only on gravel, but also on paved roads. Otherwise you may as well ride a mountain bike (not that there is anything wrong with that). So the irony is that to make gravel rides fun, your bike needs to excel on tarmac. That’s why the Exploro became such a success, much to the surprise of most of the bike industry. And that’s why its even faster sibling, the Exploro Racemax, shook up performance gravel once more in 2020.

The Racemax fits tires from 35mm up to a whopping 61mm, but aerodynamically it performs best with tires 35-42mm. That’s great for all pavement and many gravel roads, but some people want more on a regular basis. There are three main reasons for this:

These are all valid reasons, and they don’t mean you don’t like speed. They just mean you want speed on your terms and are not willing to size down your tires for it.

For those people, we introduce the ULTRA.

The Ultra also fits tires from 35-61mm WAM, but it is optimized for the other upper end of that spectrum. For example, the downtube neck that redirects the airflow coming off the front tire is wider on the Ultra than on the Racemax. Other changes include a slightly tuned geometry and a very nifty seattube.

At first glance, the seattube is aero like the Racemax, and has a rear wheel cutout like the Racemax. But aside from the fact this cutout is bigger to accommodate bigger 700c tires, it has another trick. While the outside is aero, the inside is round. So it fits a standard seatpost, giving you the option to run a standard, dropper or suspension seatpost. We’re not suggesting you run a dropper to win Milan-San Remo, but you could put it to excellent use on tricky terrain to keep better control over your bike.

So the Ultra offers: 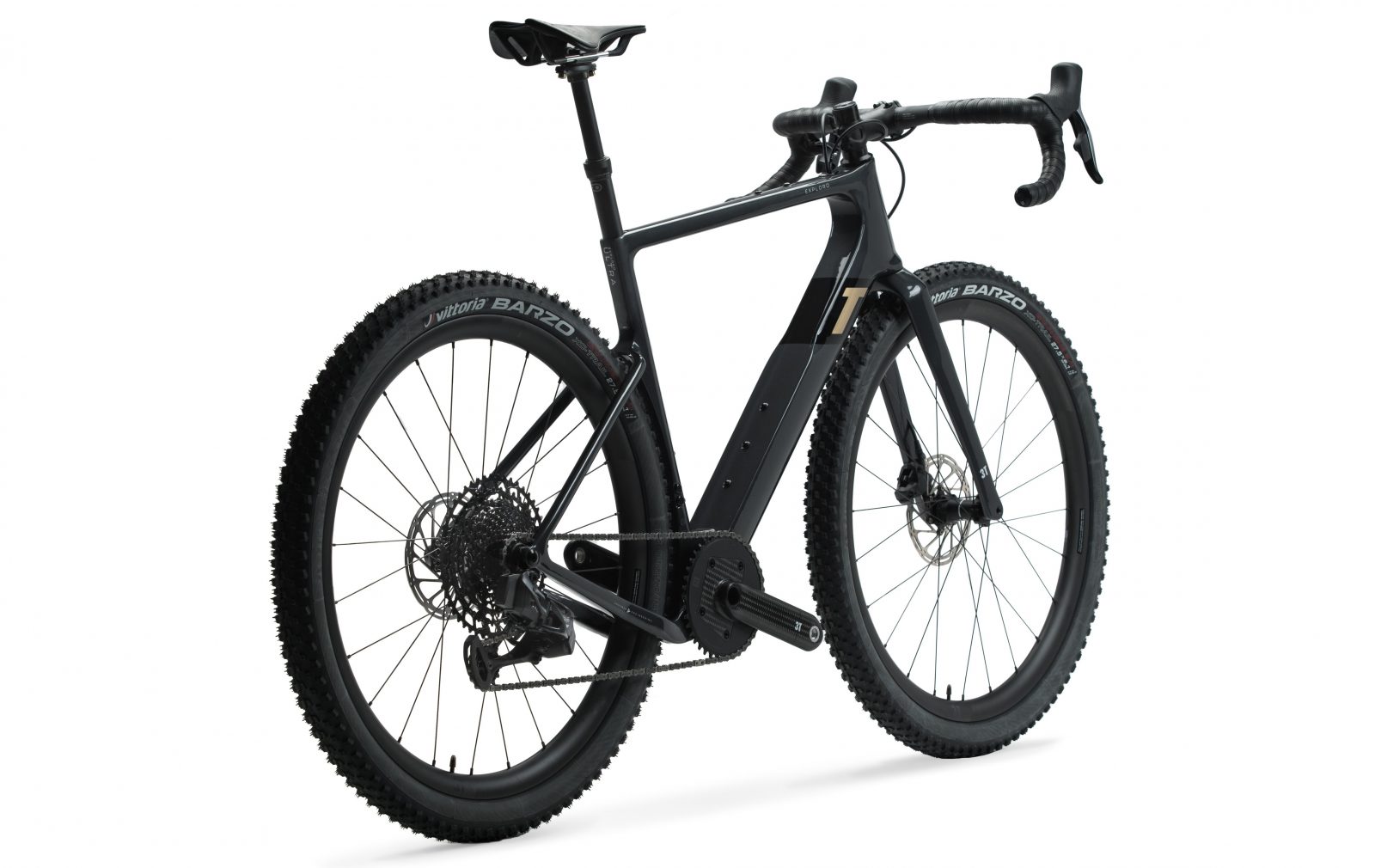 What, no full suspension?

I sometimes get this question about suspension on gravel bikes. Of course there is a market for anything and you can carve out as many niches as you like, but for the vast majority of gravel riders, active suspension doesn’t make a lot of sense. Remember how I talked about what keeps gravel fun? It’s speed on paved roads. Adding weight and complexity through suspension doesn’t help that part.

Of course, there may be off-road sections that are a little faster with suspension, but is it worth the slow-down on paved roads? Measured in time, probably not in most cases (and even then, what’s the point? To be home sooner?) But even more importantly, you’re going to give up paved fun in exchange for what? The off-road stuff is fun regardless, no need to add suspension for fun. 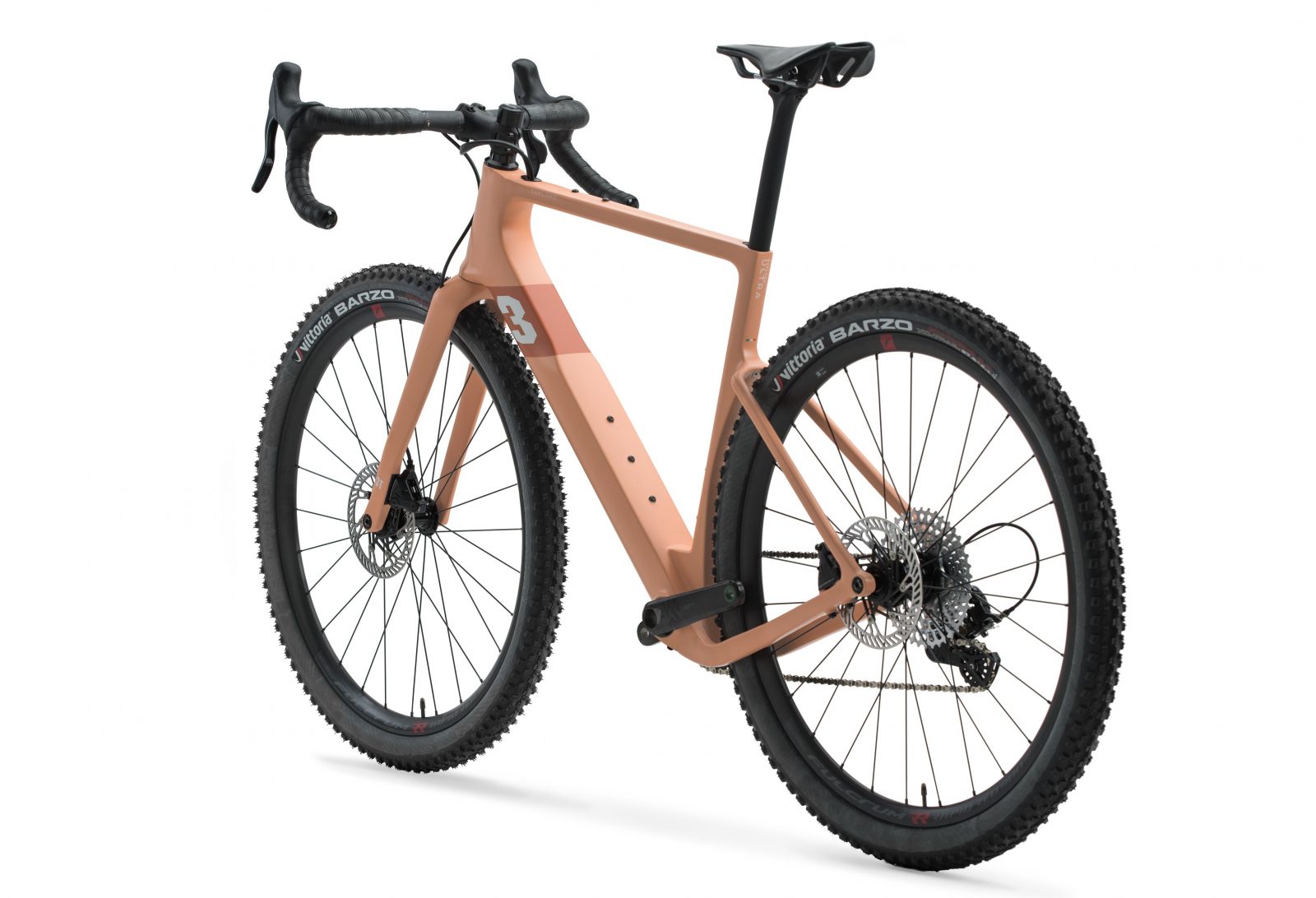 Of course, the Ultra does have suspension, sort of. It’s this hyper-efficient, super-proprietary, multi-linkage system that adds comfort & grip to the bike. It’s called the tires. And once you run something up to a 61mm tire on the Ultra, those tires give you a ton of suspension. Going from a 40mm or even 50mm tire to a 61mm tire is a game changer. And it’s not just to add comfort, the grip of such a massive tire is also, well, massive. Meaning you’ll ride more and walk less on even the toughest terrain. And that helps again with the fun factor.

The Ultra gives you the options between a wide 700c tire or an even wider 650b tire. In theory, you could design a bike for just 700c and just make the tires bigger and bigger. Why not 700x61c, or at least 700x55c or 700x50c? The problem is, those tires are big, really big. Not a problem on a mountain bike, which has a long front-center, a long chainstay and tons of clearance for all the moving parts and for your toes (which ideally has space to move as well).

But you don’t want your gravel bike to be that long, you want a quick-handling fun bike on all surfaces. 700x50c tires simply don’t fit inside such a geometry, you’ll need to compromise with something halfway towards a mountain bike. Going to 650b on the other hand will give you a tire that – despite being labeled differently – actually has a size that is very similar to all the 700c road tires that good road geometries have been based on for over a century.

A classic case of the more we change, the more things stay the same. Whereas hanging on to 700c despite blowing up your tire width may feel like keeping things the same, but actually throws off your geometry, fit, toe clearance, handling. Check out this list of tires we like for the Ultra

So we top out our 700c tire width at around 46mm WAM for the Ultra. If 700c is the way you would like to go on your Ultra, we have a beautiful steel blue Ekar bike waiting for you: 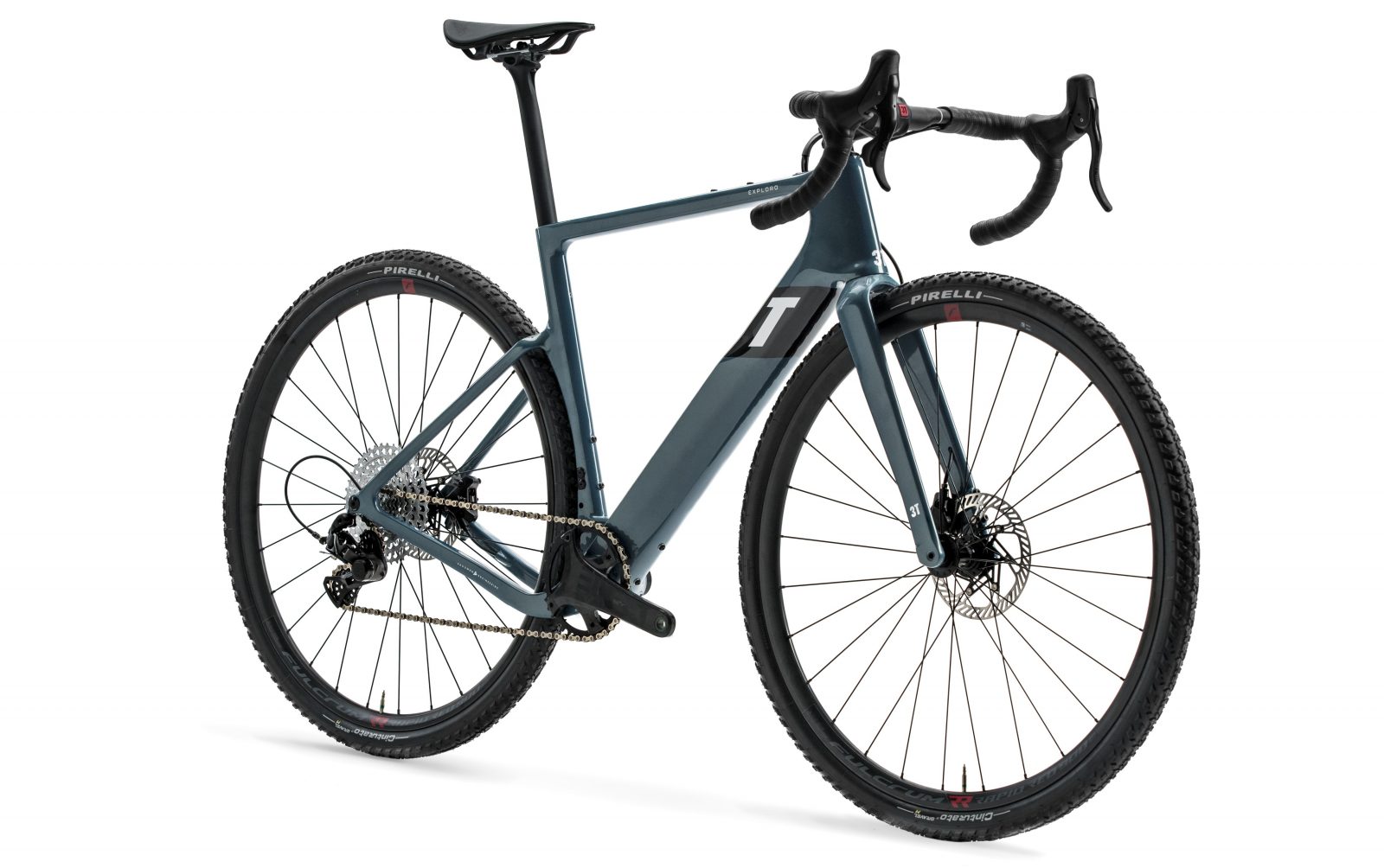 The Ultra is available in limited quantities starting today as a frameset and coming soon as a bike as well (available for pre-order already). So check out all the specs or contact your 3T retailer. More info on the Exploro Ultra here.