Bogotá is known worldwide as the bicycle capital and its Sunday’s cycle path called “ciclovía” is one of the most recognized initiatives and has been replicated by many others around the world.

To connect the rurality that surrounds Colombia´s capital it was necessary to complement the hundreds of kilometers inside the city with alternative routes. To accomplish this purpose Region Central RAP-E, a government entity, created Bici Bogotá Región a 300 Km bike trail that surrounds Bogotá passing through the nearby municipalities, crossing the western savannah and overpassing the majestic eastern hills.

The route is made up of 8 segments that can be explored individually, but we decided to cover the entire circuit in a 3-day bikepacking trip on our 3T Exploro Team bikes because they were perfect for tarmac and unpaved roads.

We started on Bogotá´s western side and headed to the south going through flower farms and various agro-industrial companies; even though watching the sunrise was a beautiful experience, a few kilometers went by and soon we encountered some canals that carry the weight that came from daily activities of millions of people.

We stopped a couple of times to admire the hills and rock formations that gave this segment its name “Rocas del origen”, but our spirits were somewhat distressed seeing the impact of human activity on natural resources.

It may have been shocking to see ourselves involved in this type of environment but it made us realized that part of cycling tourism includes every aspect of the territory you are travelling through, and like everything in this world, nothing is perfect. It is a good reminder to value the natural resources we have and take care of them so everyone can enjoy their best version.

After this experience we continued at a good rhythm. We went through several towns such as Sibaté, Pasquilla and water reservoir La Regadera. Few hours after lunch we were feeling very positive because 25 Km separated us from Chipaque, the town where a hot shower and a warm bed awaited us but this number is misleading, because in “normal” conditions this length can be traveled in a couple of hours. However, after turning off the road that connects Usme with Sumapaz we were in the middle of a rocky and very steep terrain. Despite of the complexity of the route we were able to ride some kilometers but as we approached the 3,360 meters above sea level known as páramo ecosystem, we had to put our feet down and push the bikes several times. In fact, we wondered if anyone else had dared to do this bike tour in the past, and according to Strava, it seems that we were the first ones, and rightly so!!!

Finally, almost at 8:00 pm we arrived to Chipaque´s Central Park where our spirits were lifted by the Christmas lighting and colorful water fountains that remind us that the effort was worth it. 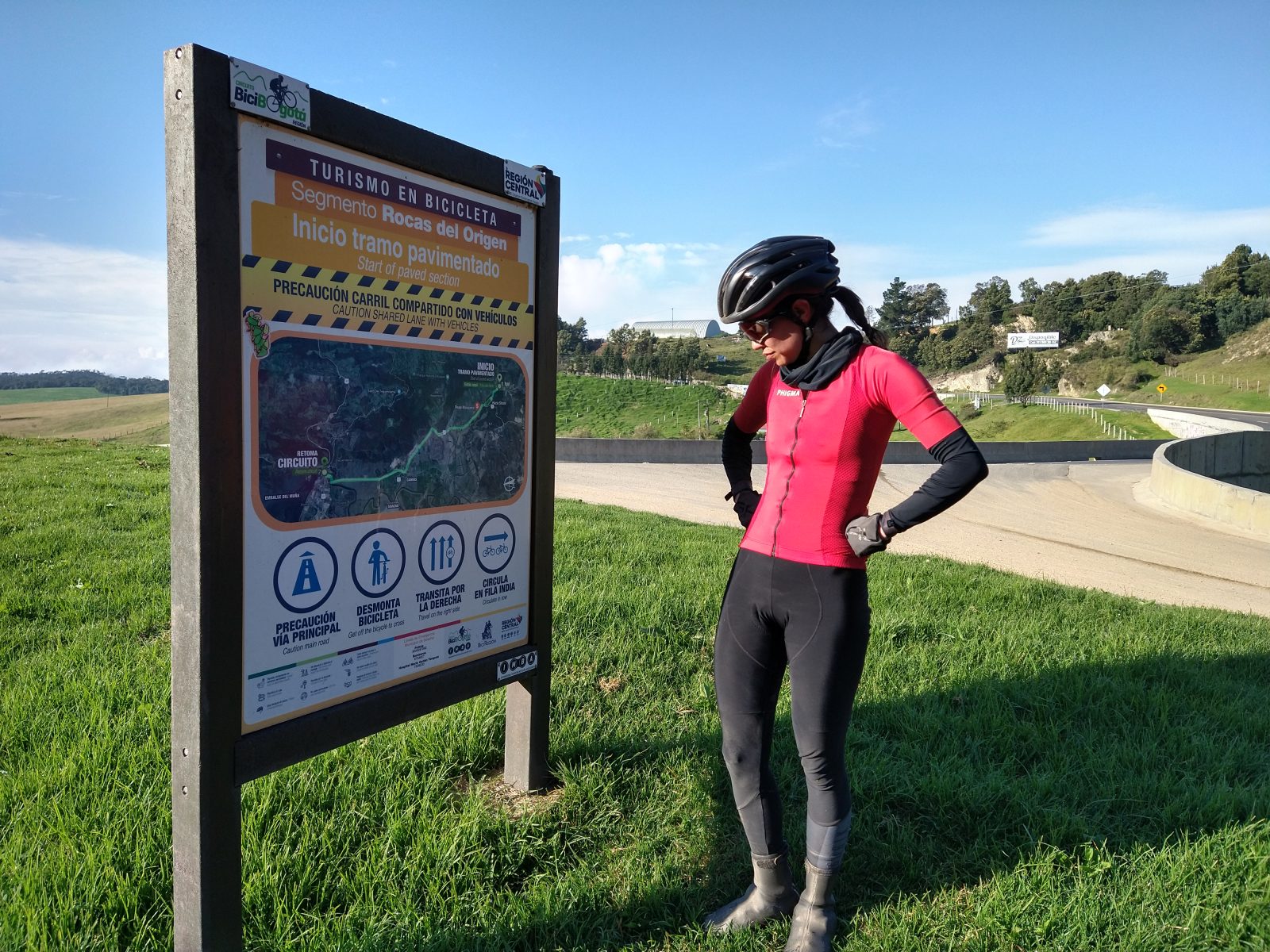 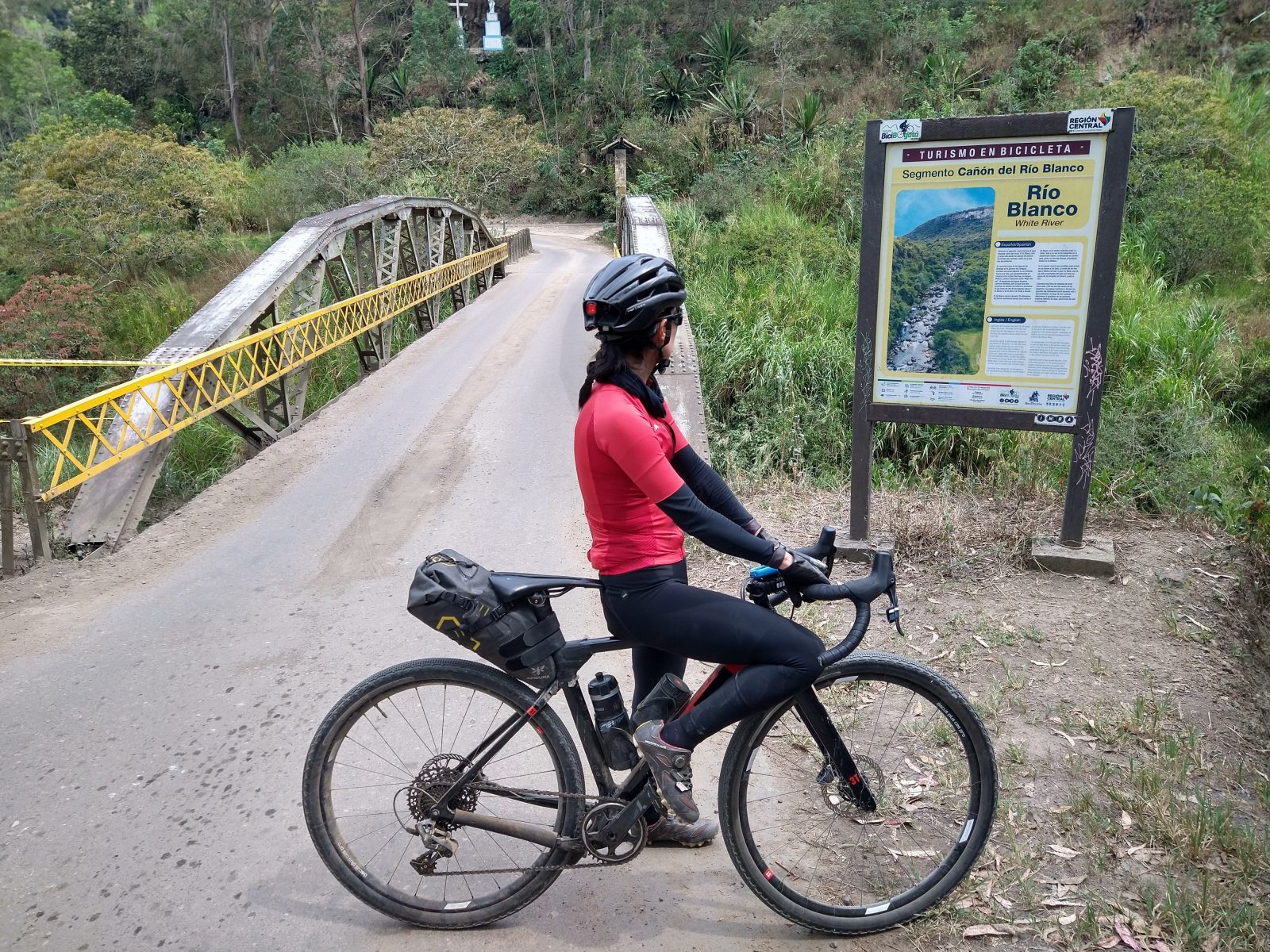 The second day was much more pleasant but equally hard. We reached the Ubaque Lagoon where the Chibcha indigenous populations hide their treasures from the Spanish conquerors during colonization period. For a few minutes we skirted its waters and breathed deeply to bring with us the pure air that we seek every time we get on the bikes.

Later we arrived to Choachí and took an early lunch in order to refuel our bodies to face Alto del Palo, a 32 Km climb at 4.2% gradient, considered the main challenge of this stage. We ride the first 10 Km without much problems but after passing Río Ají bridge things got really complicated because it took us one hour to climb 3 Km. To get a second breath we stopped at El 36 where we ate some snacks and beer in a local store to recharge the energy tank and faced the last kilometers. Our speed was not very high, it was difficult to find clean lines and fatigue began to take its toll triggering some feelings of despair. However, the skills and knowledge that we have gathered during the last years allowed us to control anxious thoughts and focus on the success reached so far.

Sunset arrived and we closed the day celebrating with a delicious hamburger and traditional empanadas in front of Guasca´s Christmas Tree. 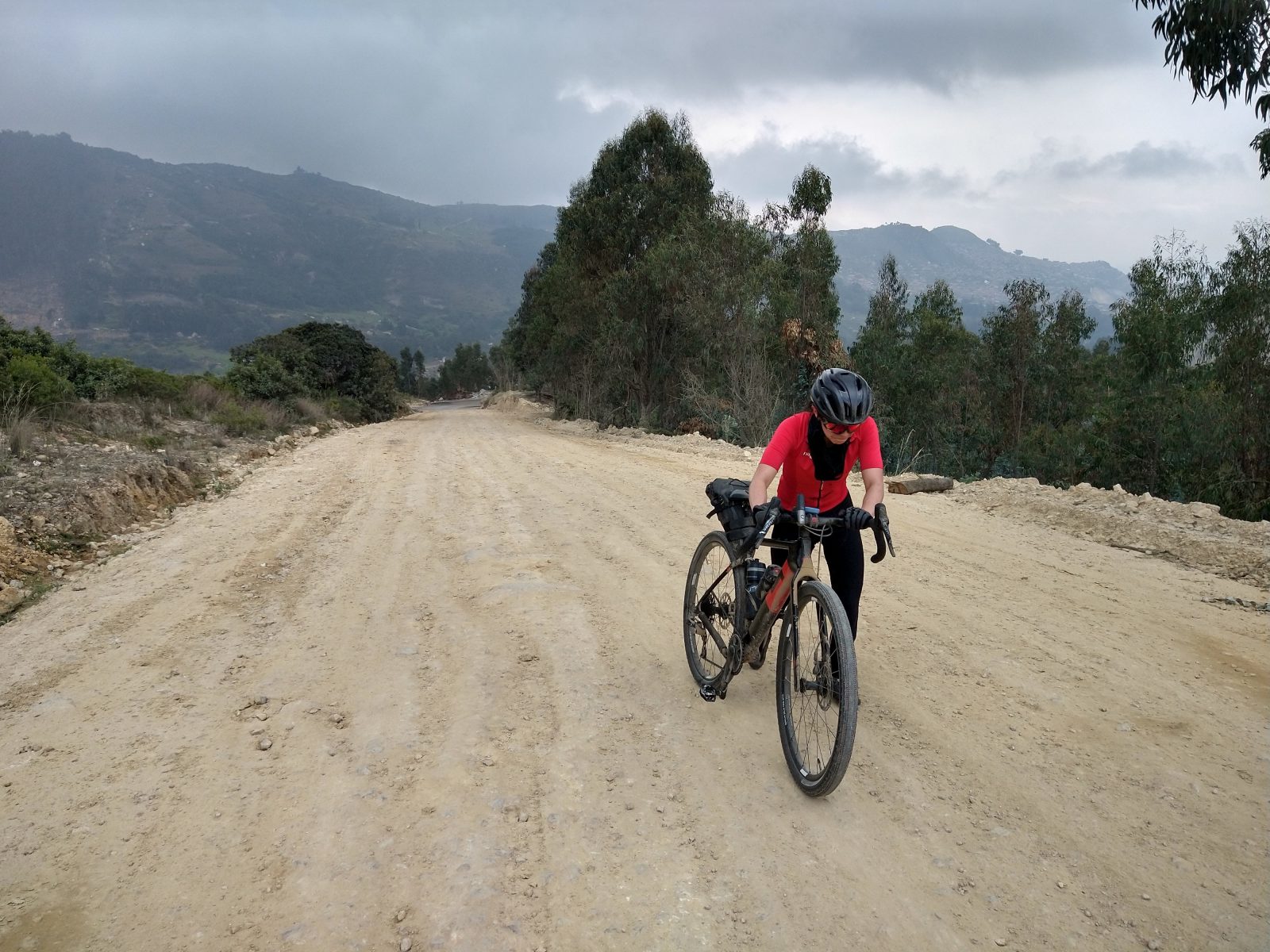 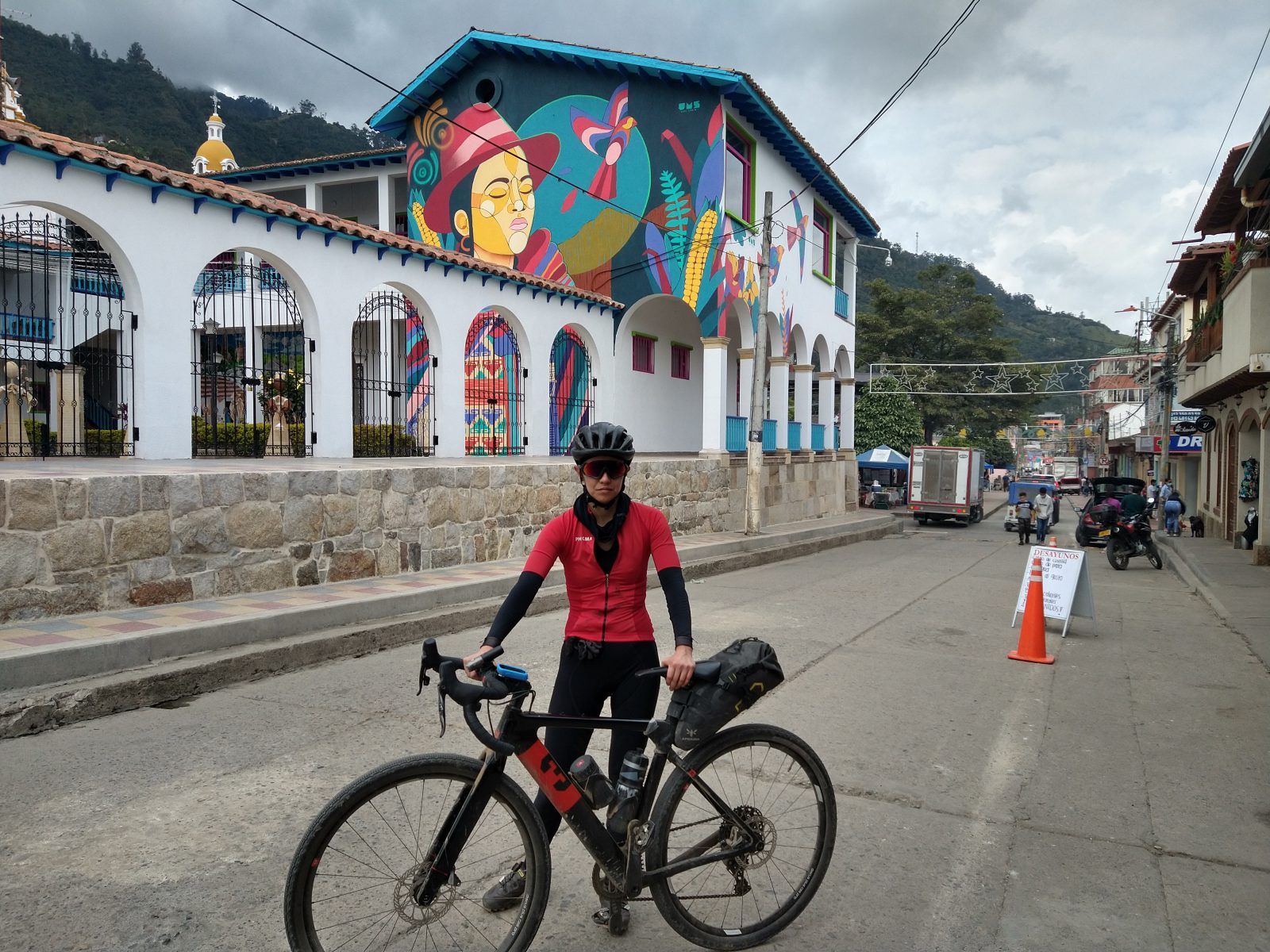 The third and last day dawns with a bright sun lifting our spirits despite of the body’s accumulated fatigue.

The towns visited in that stage weren´t strange for us because they are well known by Bogotanos cyclist as they are frequently visited on weekends’ rides.

After we crossed Tominé Reservoir, which is a main water supply for Bogotá, we took breakfast in Zipaquirá place of birth of Tour the France winner Egan Bernal where you can find a huge wall painting of him near the emblematic Catedral de Sal.

The last towns in the road map were Tabio, place known by its hot springs and used in the pre-columbian era to celebrate the rituals in honor to Diosa de las Aguas; and Tenjo surrounded by Serranía del Majuy a sacred place for Muiscas civilization.

After starting this bikepacking adventure in Friday´s early morning, we finished the journey on Sunday afternoon amazed by all the places encountered and hidden roads we discovered in a short period of time and so close to home.

To motivate the Colombian cycling community to get the most of Bogotá´s surroundings we have decided to share the experience on our YouTube channel “Travesias en Bicicleta” because it is the best way to connect the wild concrete urban world to the peaceful rural territory. 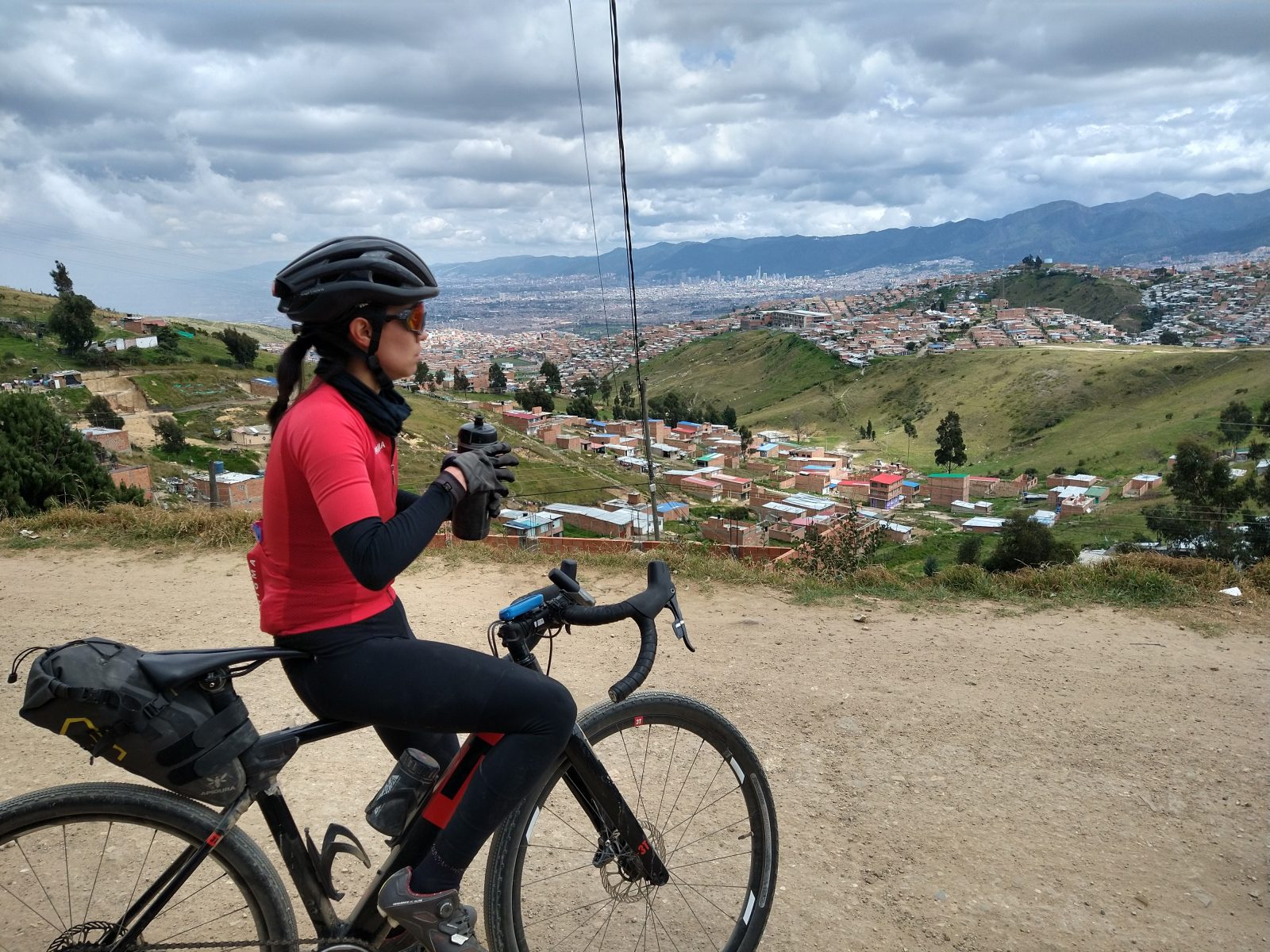 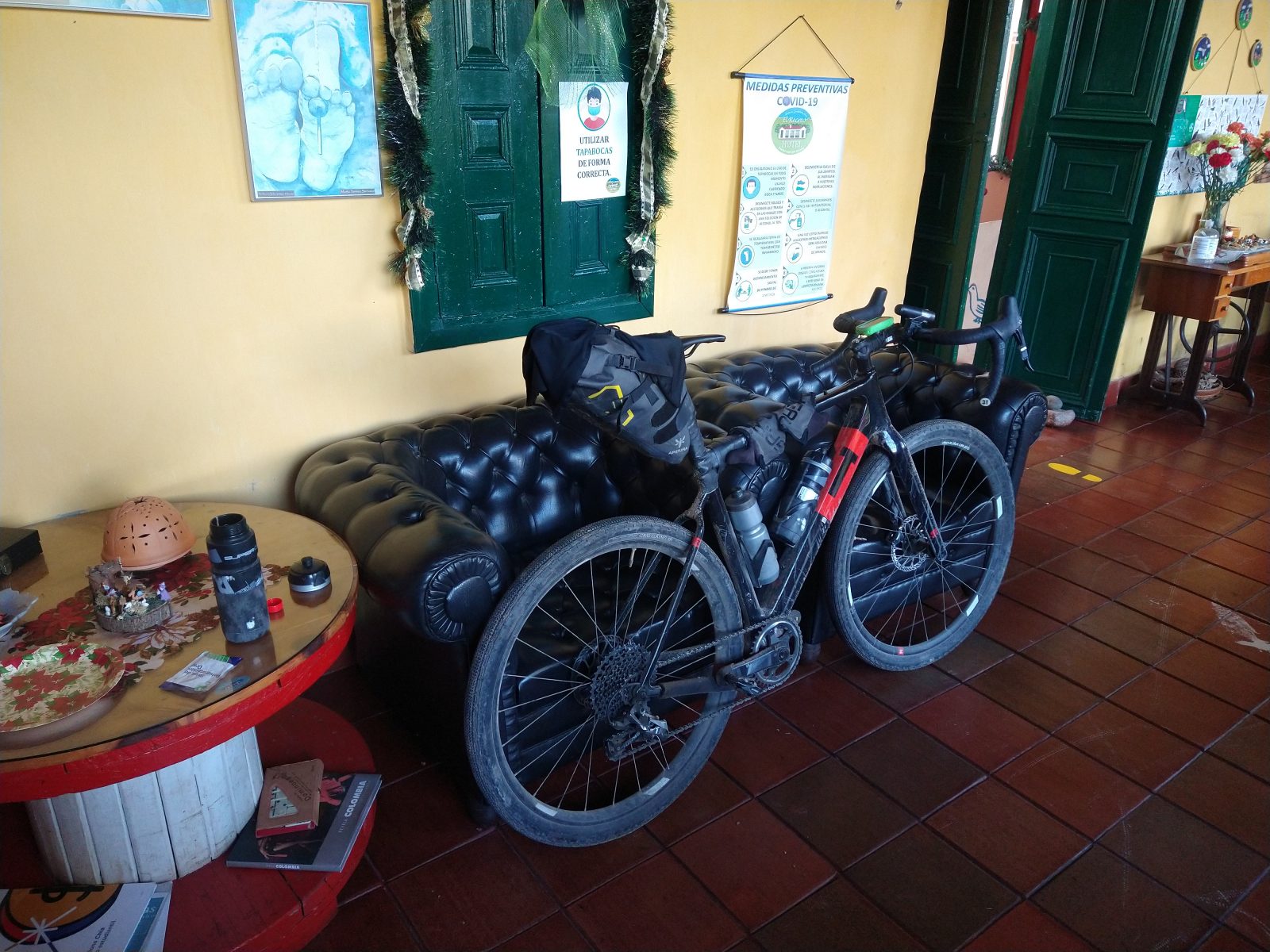