How it all started

For 1x, the offering was a bit mixed. Remember that until the launch of AXS 12-speed, almost all 1x drivetrains used SRAM Force 1 groups or its Rival & Apex 1x derivatives. With 11-speed, 10-42T and 11-42T cassettes, 38T, 40T or 42T chainrings, they offered the perfect range for gravel bikes in most situations. 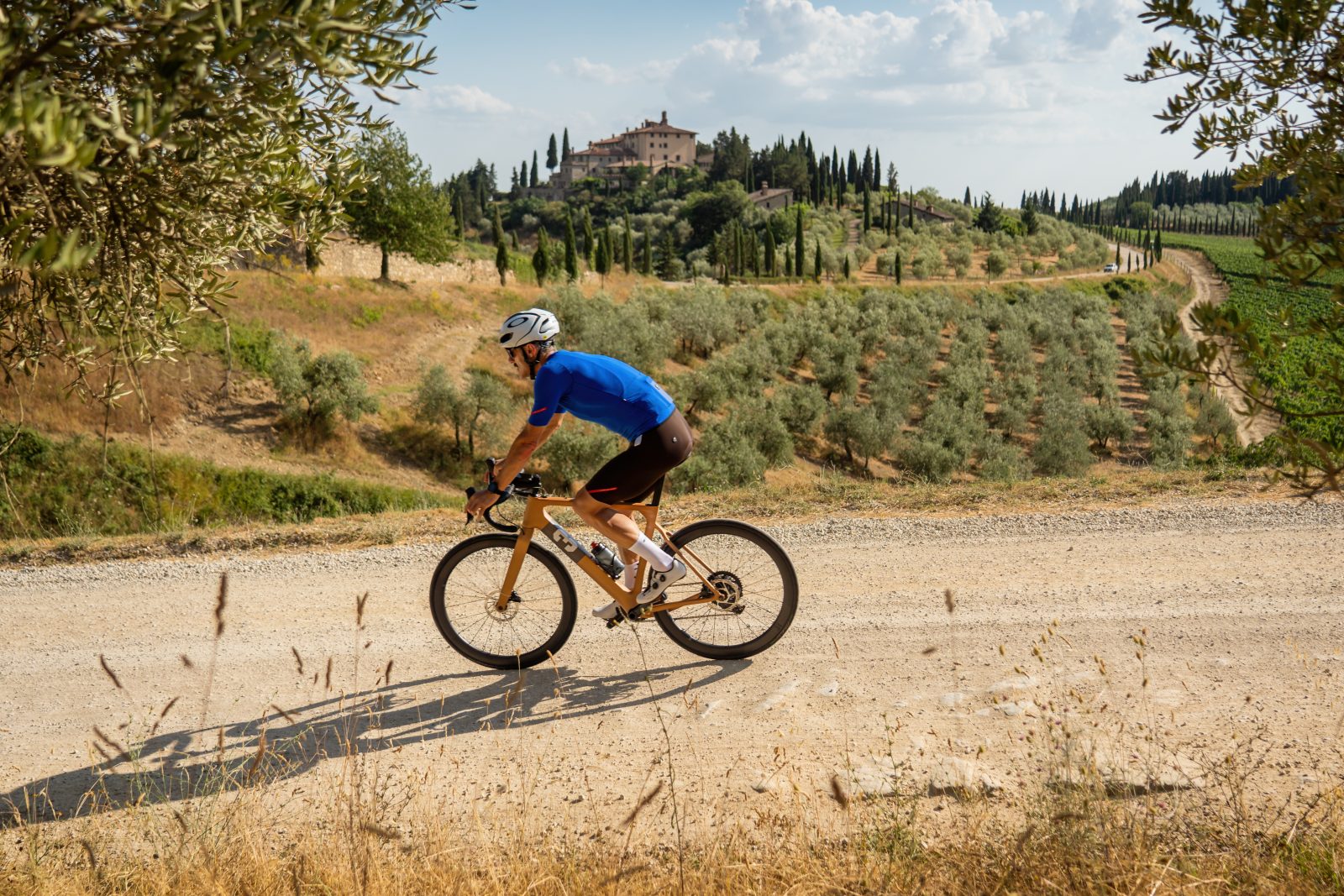 If there was one knock, it would be that some of the steps on the cassette were a bit big. But that’s what happens when you go from 10 to 42 in only 11 steps.

But with AXS, there was no cassette with a similar range. The road cassettes topped out at 10-33T; later a 10-36T was added. Nice, but a bit limiting on tougher terrain unless you’re super strong.

The saving grace for AXS was that its road shifters are compatible with its Eagle AXS mountain bike derailleurs and cassettes. This means you can run an Eagle cassette on your gravel dropbar bike with a 10-50T, 11-50T or even a 10-52T cassette.

That’s the perfect solution for extreme terrain or for people who never want to be out-geared, and our Exploro Team Force/Eagle and Exploro Max Force/Eagle have proven very popular ever since. But for other people, the range is almost too big. This is why we always spec the 11-50T cassette, as it has the smallest range (but still big, comparable to a 10-45T) and thus the smallest steps.

Yet the holy grail was still missing. Those 11-42T and 10-42T 11-speed cassettes dominated the market for a reason: because they were perfect for so many. The exact reason why SRAM didn’t offer a similar 12-speed cassette remains somewhat of a mystery, but all I can think of is that SRAM had a 2x and a 1x project. The 1x project got delayed, leaving them with a temporary 1x AXS option that was basically just the 2x drivetrain without the front derailleur.

Whatever the reason, that is now in the past. Today SRAM has launched XPLR – pronounced Explore. Explore of course is pretty close to Exploro, which you could view as either a trademark infringement or the ultimate tribute by the gravel drivetrain market leader for our little gravel frame that could!

So what is XPLR? It’s a derailleur and a cassette that sit in-between SRAM’s AXS road and AXS mountain bike parts. The XPLR cassette is 10-44T, 12-speed of course, and the XPLR rear derailleur is capable of shifting both that cassette and the 10-36T cassette. This offers interesting opportunities that will be covered in another blog.

The new cassette is a thing of beauty, the detailing of the back of the Rival version is amazing, see below.

The XPLR parts are offered at 3 levels: Rival, Force and Red. Functionality and gearing is identical, the difference is basically in the weight of the parts (and potentially in their availability for OEM and aftermarket in this crazy supply chain year).

The XPLR parts work with all AXS parts. That means the standard SRAM AXS road shifters (Rival, Force or Red) will shift them criss-cross between the levels. In addition, the AXS mountain bike shifters will also work, should you wish to build a flatbar gravel bike.

This also means that upgrades are easy. If you are not satisfied with the range of your 1x setup with AXS road or Eagle cassette, you can change to XPLR by only changing the rear derailleur and the cassette.

Or maybe you went the AXS 2x route because no perfect cassette was available for you? Then you can switch by changing rear derailleur, cassette and crank (and removing your front derailleur obviously). Again the shifters and brakes will port over without a problem.

What this means for gravel bikes

So 2 1/2 years after the launch of AXS (and 3 1/2 years after SRAM showed us the first prototypes and we begged them to make a middle-range 1x cassette), it’s here. I’m super happy about it as this is exactly what is needed to take advantage of all the 1x benefits, simplify the riding, reduce chain drops and maximize the gravel fun.

Well, almost, I am 95% happy. The range is great, the parts look great and work perfectly, it’s offered in all of SRAM’s AXS price ranges, so chapeau. The only thing that could have made me even happier would have been if the range was a tad smaller, 10-40T or 10-42T. SRAM probably the right call with the 10-44T to avoid having to really educate people on what range they need, as 10-44T has it all, but I prefer it if companies push a bit more.

So if electronic and 440% of range is your thing, look no further than SRAM XPLR. For the fans of a slightly smaller range and smaller steps, Campagnolo’s 1×13 Ekar remains the leader with its 13-speed 9-36T cassette. This you could run for example on the Exploro Team Ekar, Exploro Race Ekar and Exploro Max Ekar (to be clear, those bikes come standard with a 9-42T bigger range cassette but the entire set-up is also compatible with the 9-36T version).

For a big part of the gravel market, XPLR’s arrival means that the trend that had been going strongly towards 1x with the 11-speed Force 1 and which swung back towards 2x with the launch of AXS now gets a strong push towards 1x again. Between SRAM XPLR, SRAM Force/Eagle, Campagnolo Ekar and Shimano GRX, there is now something for everybody in the 1x world.

As a launch partner of SRAM, we got some of the first shipments of XPLR parts (which was supposed to launch in May but got delayed to today – did I mention supply chain craziness?) Not only did we get the parts, we even got frames, wheels and everything else in time.

We opted for the Rival XPLR parts as they offers a fantastic value for money. Of course we didn’t get as many Rival XPLR groups as we would have liked, but we’re ecstatic we got any, and so without further ado, you can find the new Exploro Team Rival AXS XPLR at select 3T retailers or online – while supplies last.

And here are the photos (you may notice a different cassette in these photos, because of supply chain issues (did I mention ….?) SRAM has offered us and therefore you a free upgrade from the Rival to the Force cassette for the first batch of bikes): 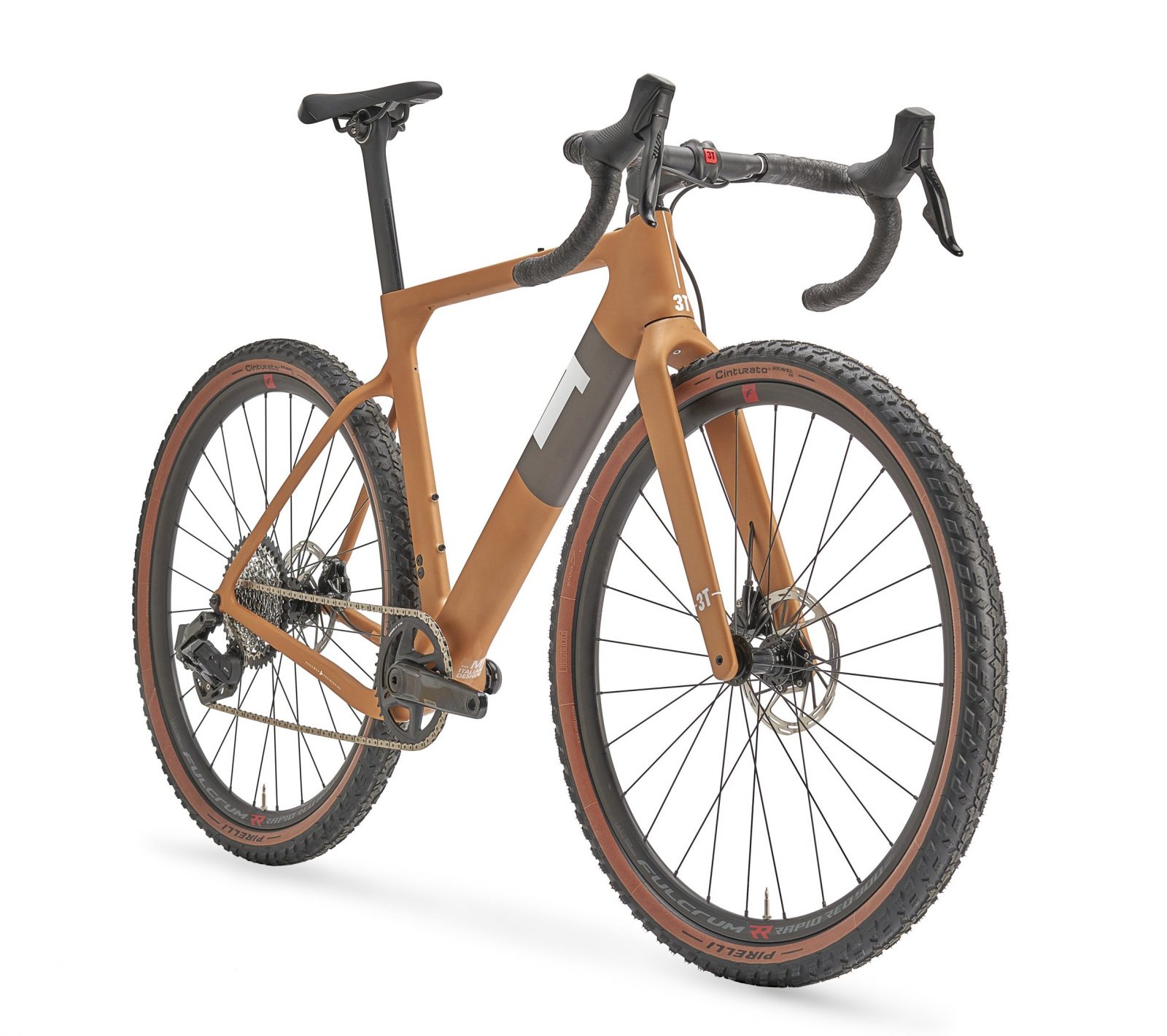 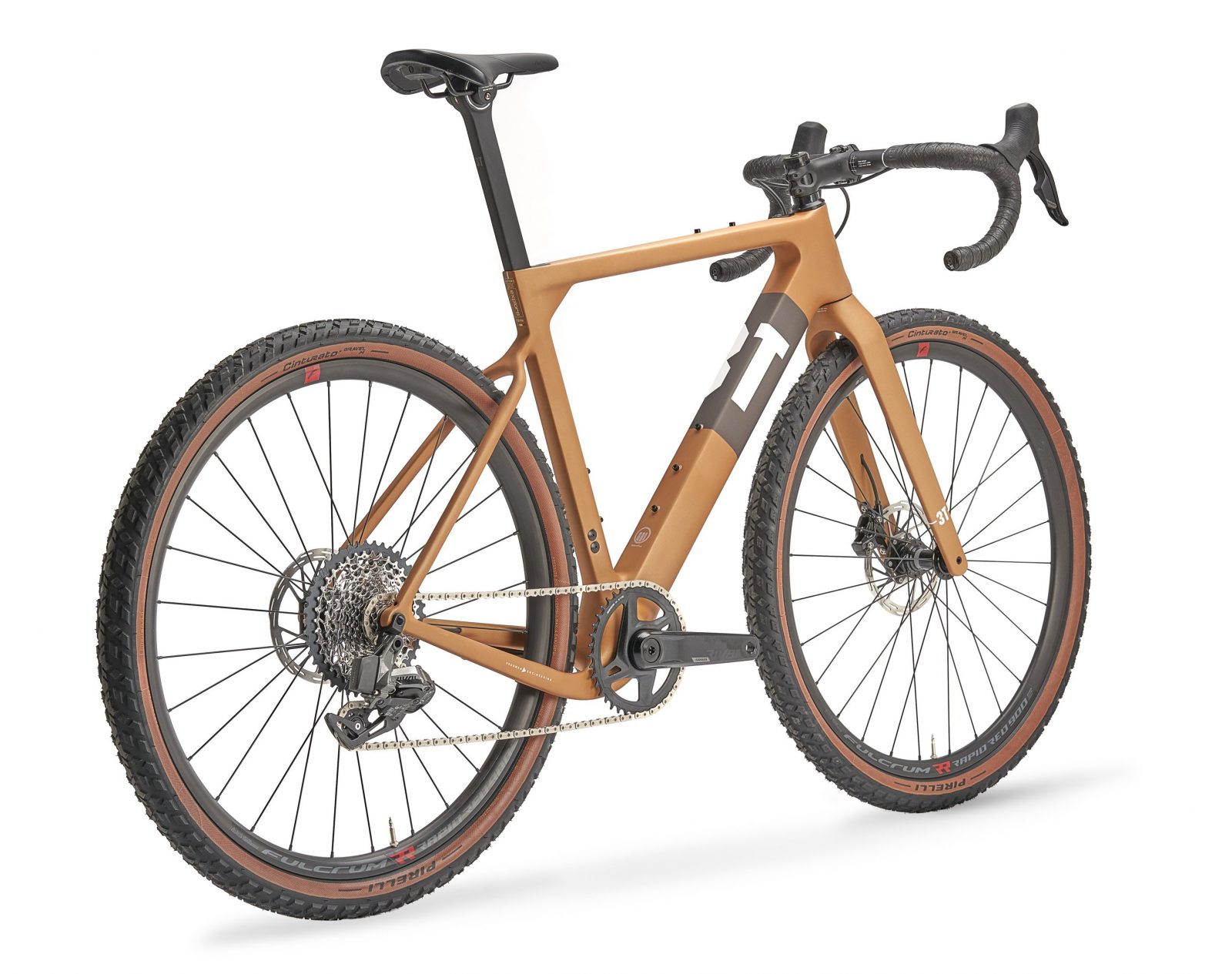 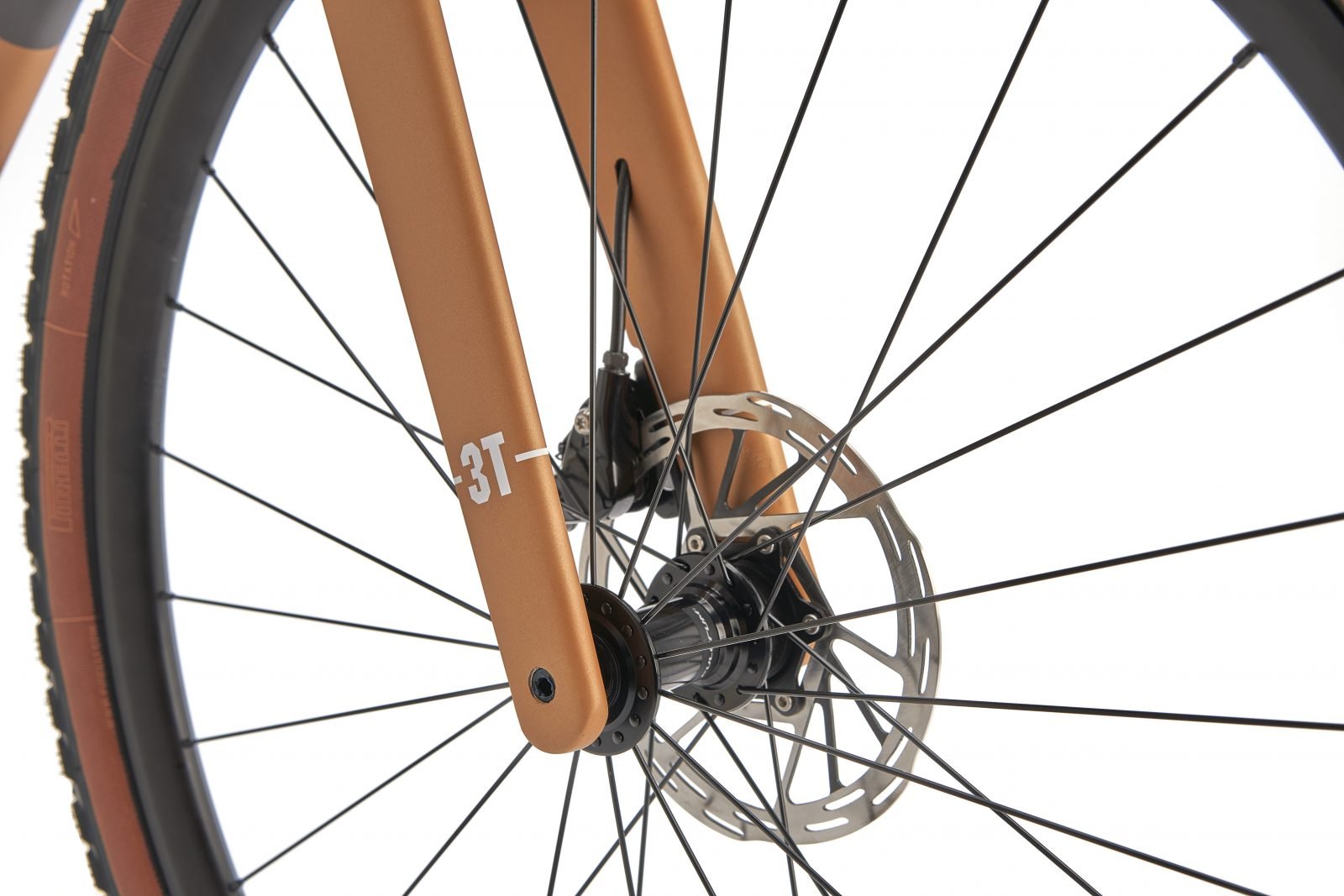 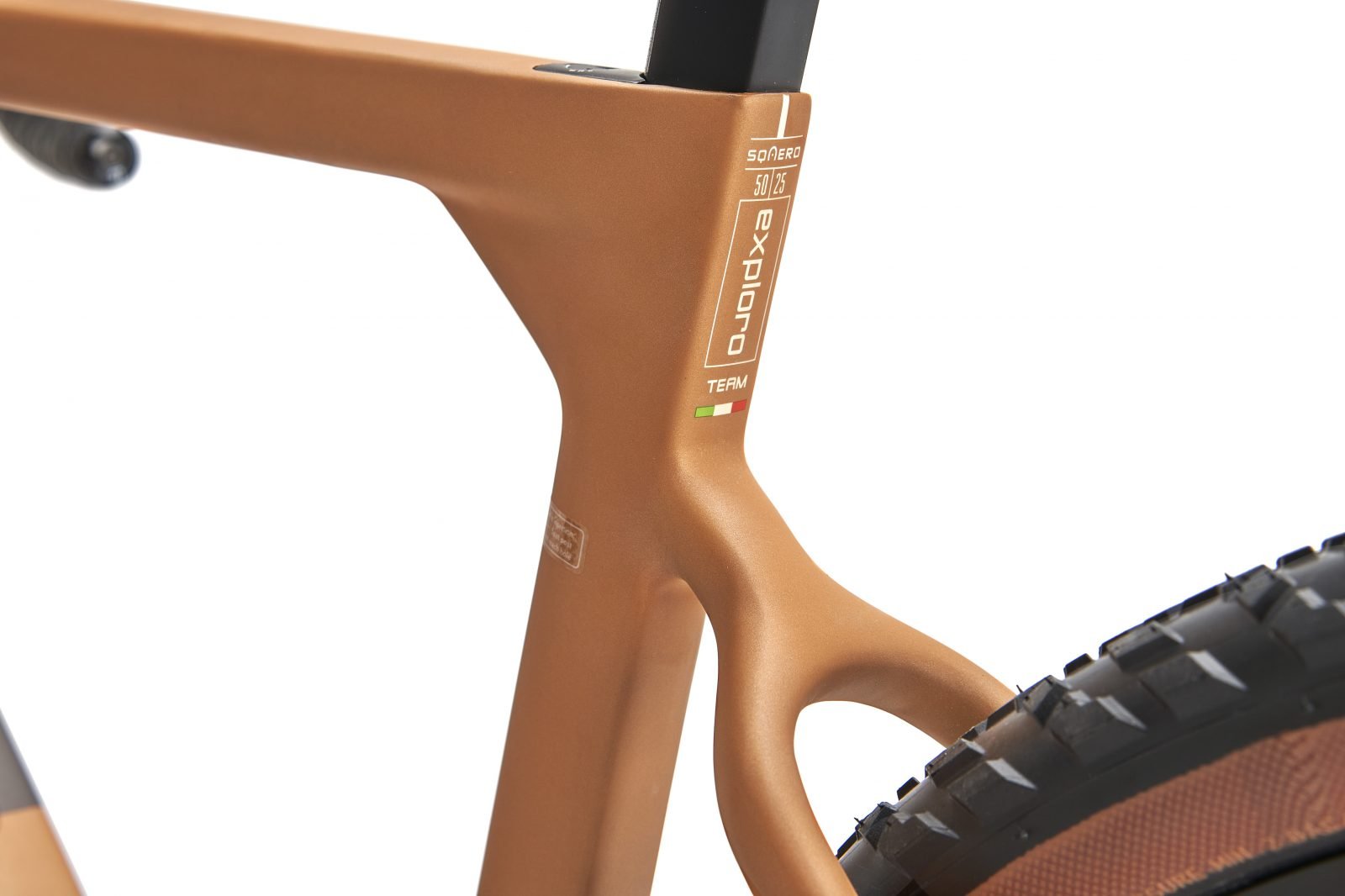 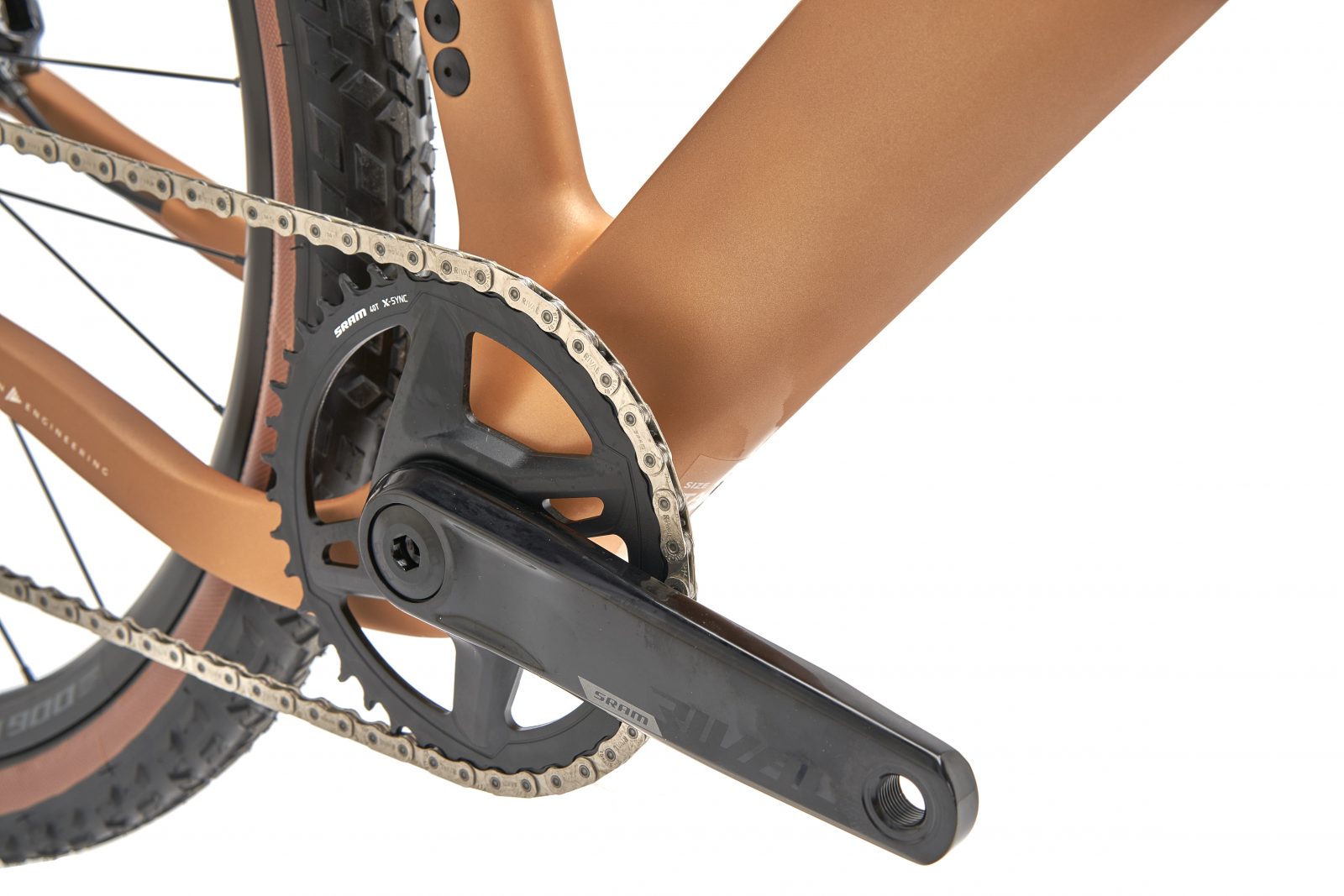 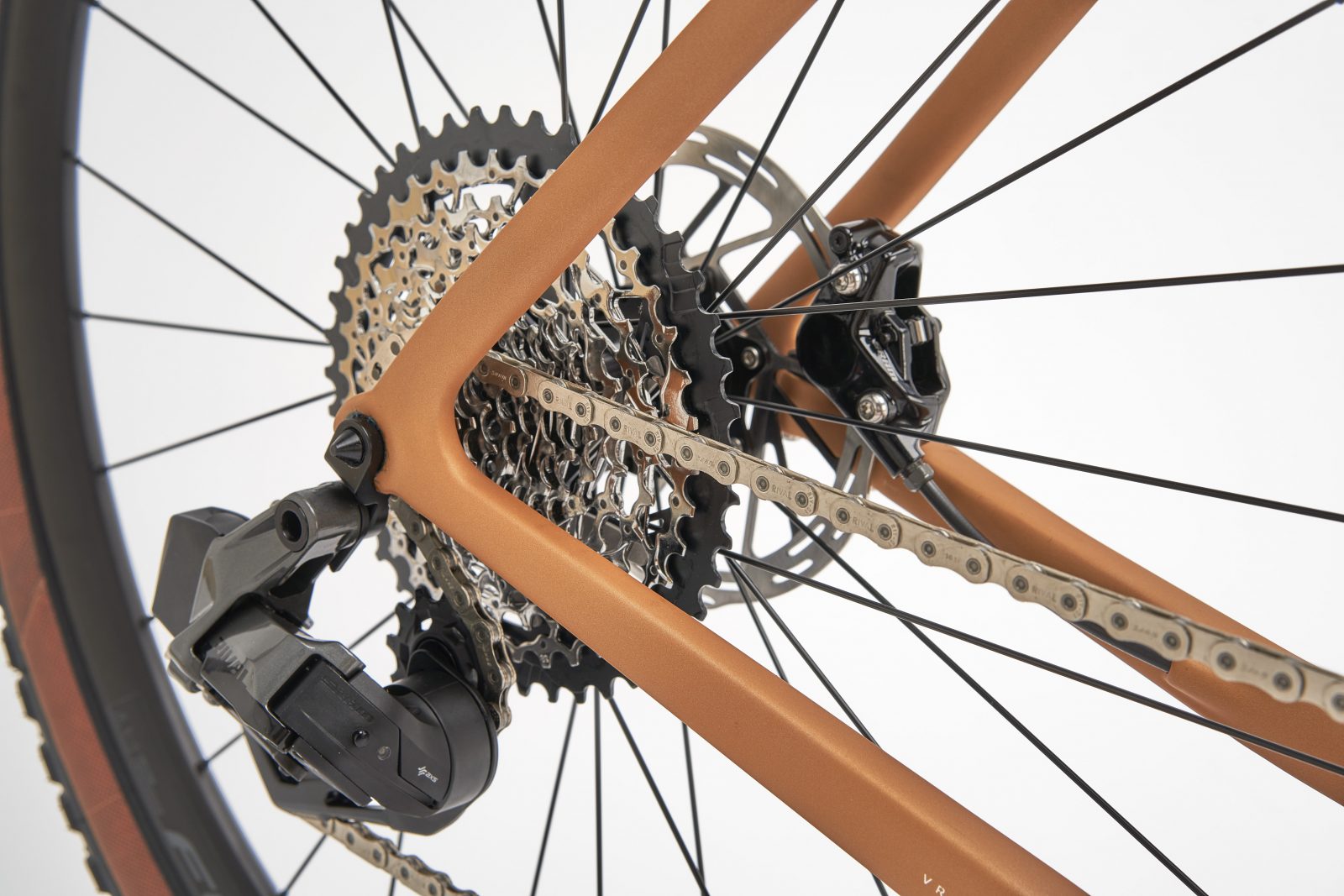 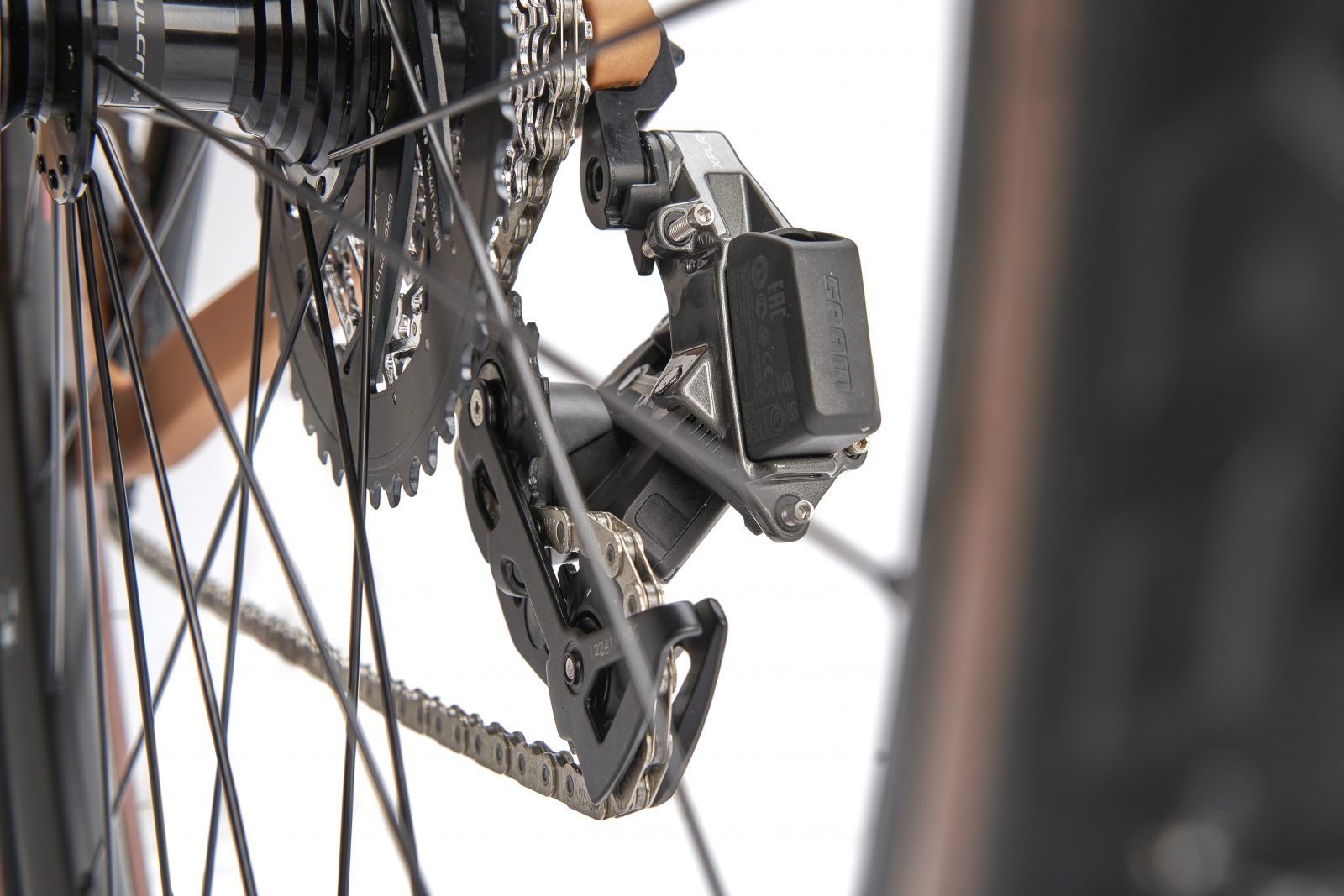 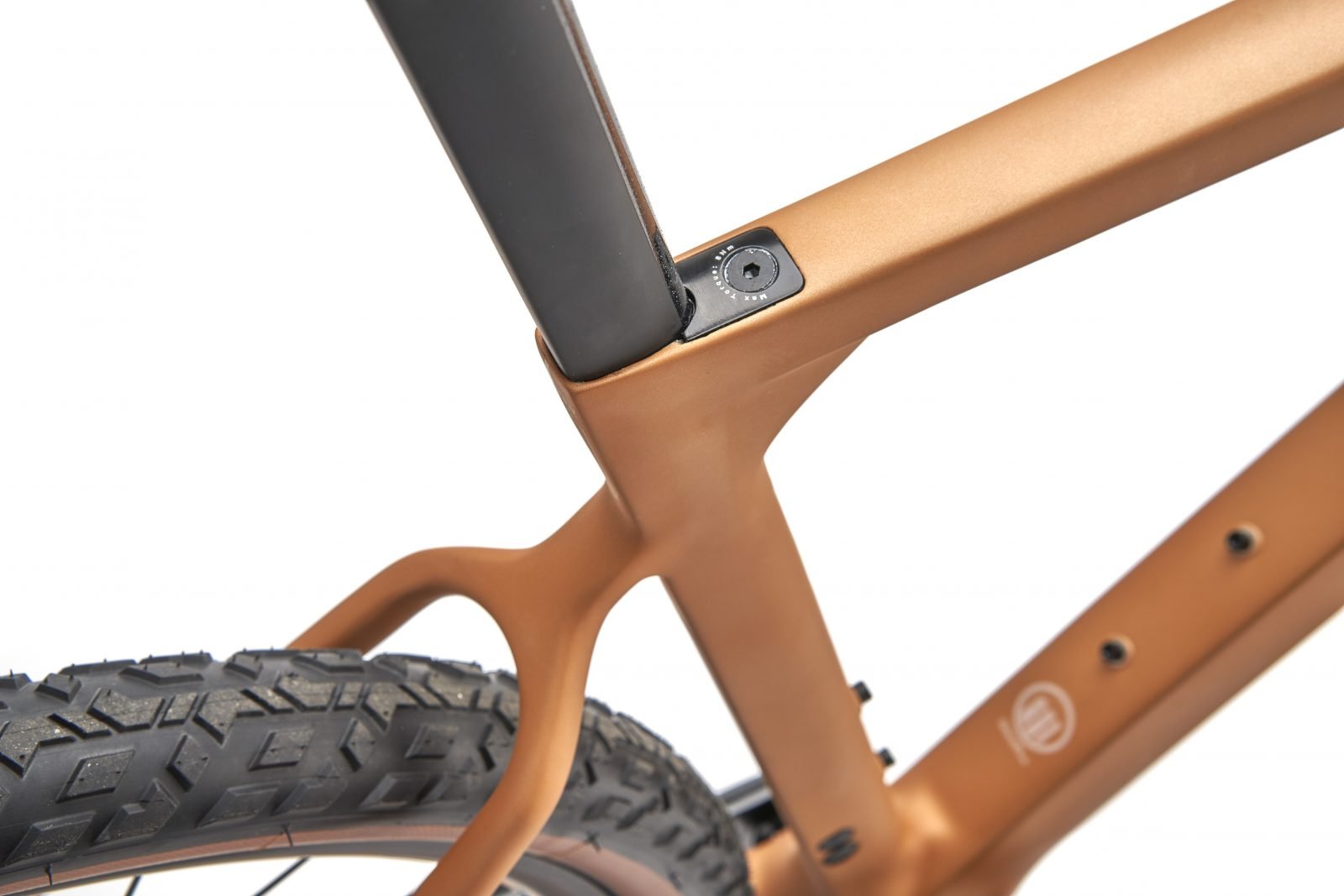 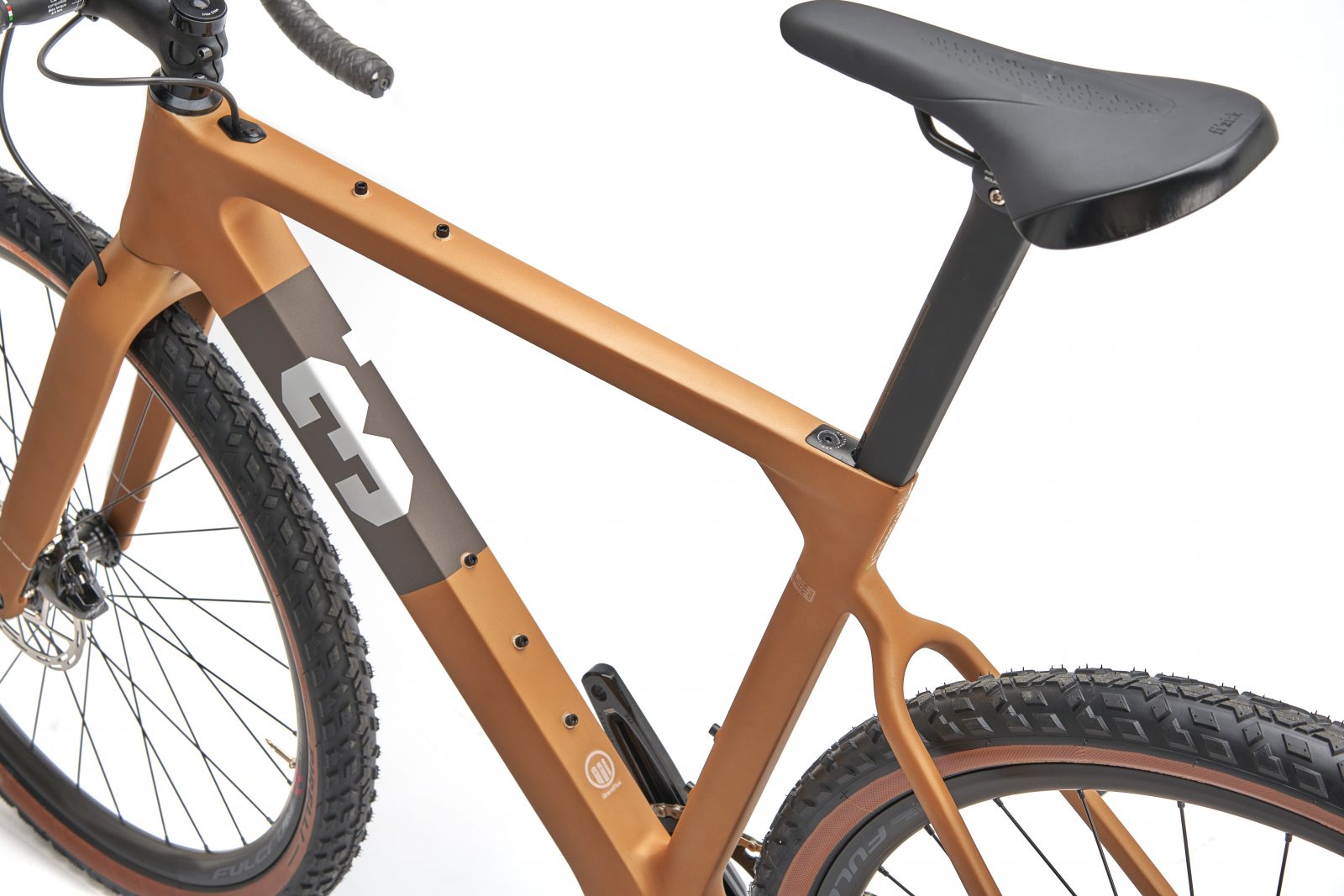