We had already known Giorgio for some time when we finally had the good fortune to see him for the first time engaged in his artistic creation phase. It was May 2019, and we were in Riva del Garda, which he had reached at the end of the more than 1,000 km of Italy Divide riding the first 3T frame used as the basis for his artwork, Mia.

He performed at our stand set up for the Riva Bike Festival attracting massive attention from visitors: an action painting was a truly unusual activity for such a context, but the exhibition ended with thunderous applause from those present.

On that occasion, Giorgio created a frame to which he gave the name of “Anima“, a work perhaps even more introspective than the others, as he explained by giving us for the first time with the concept of “Tela_io”: a play on words that is difficult to get in English and which deserves to be explained. In Italian, the word for “Frame” (telaio) is formed by that for “canvas” (tela) and “me” (io).

“A bike frame, in this case a 3T Exploro becomes a canvas, expresses my choice of life, accepting and thanking the art that manifests itself free, without compromise, traveling, dreaming, feeling free”. 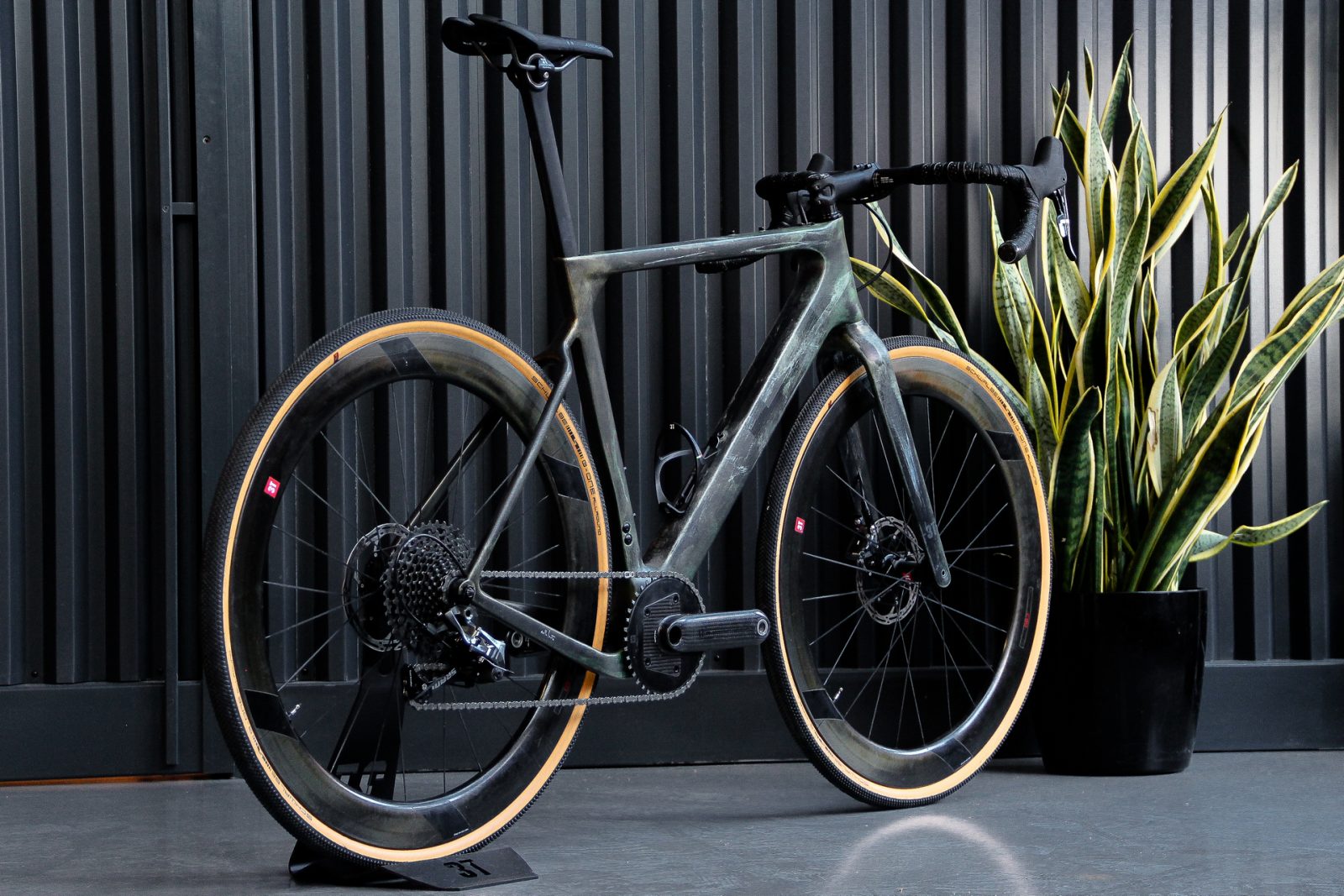 For the Eurobike edition of that year, we had already thought of a stand that would enhance the creativity in customization, something we have been talking about for quite some time here in the GET CREATIVE section of the blog. However, it was this dialogue with Giorgio that definitely turned the project towards a genuinely artistic dimension. Giorgio was one of the five artists who created a frame and a background painting for the main wall of our stand.

The product of those performances was “Galaxy“: a Strada frame this time, which impressed the friends of EnjoyYourBike who came to visit the stand and which in fact now shows off in their stylish offices. 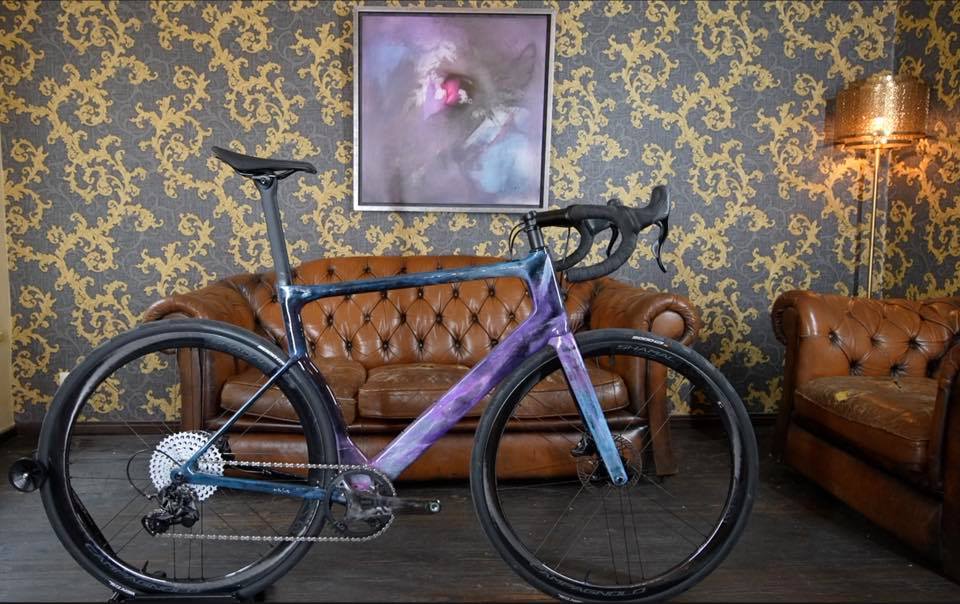 A location, the one created by Dan and Ingo, which Giorgio highly appreciated and in which we believe we can recognize inspiration in the choice of the environment in which he decided to present his latest work: “ICE“. 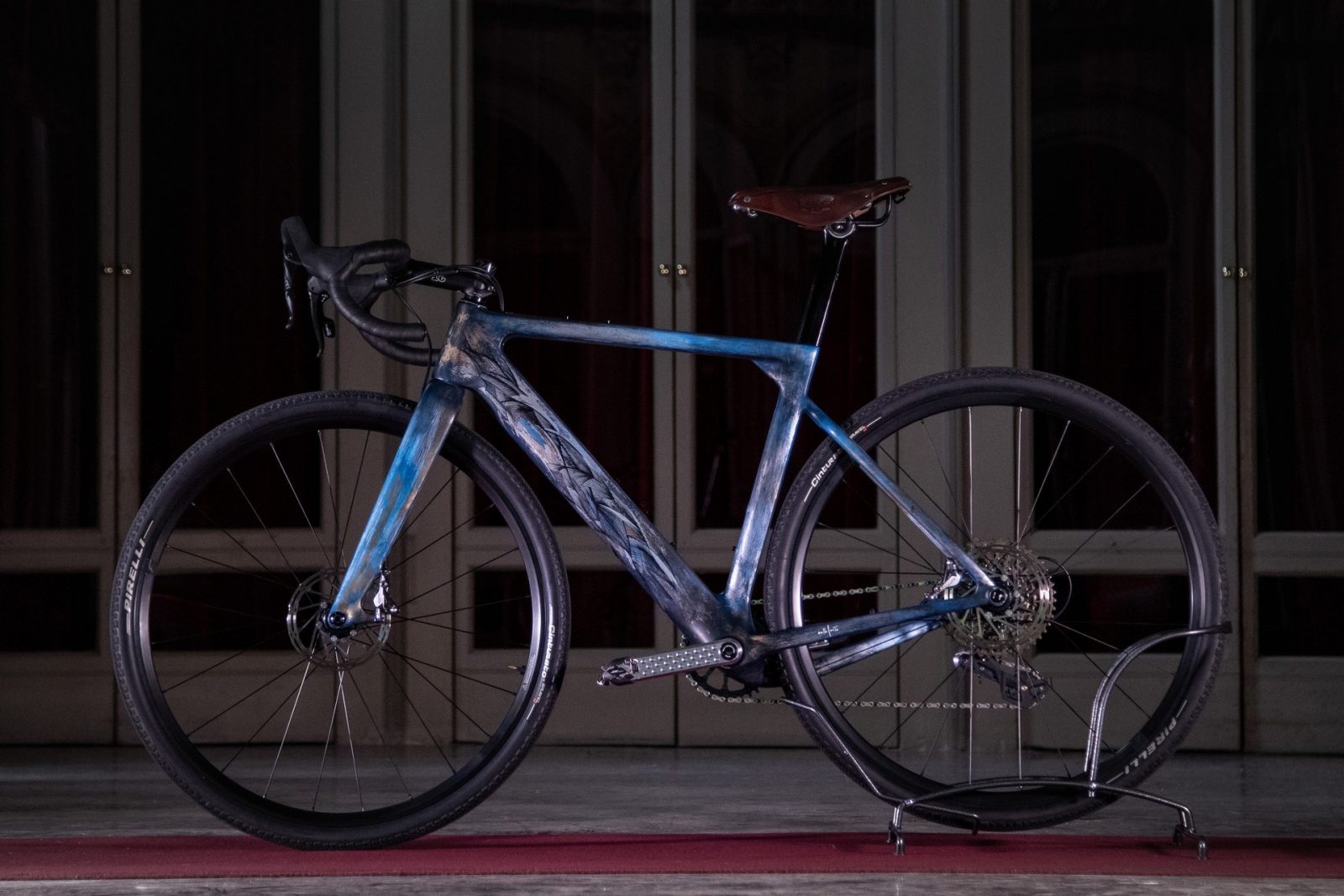 Giorgio has in fact chosen to photograph “ICE” in the spaces of the Municipal Theater of Lonigo, the city where he lives. It is not a random choice and we do not find better words to explain it than those he himself used in the presentation brochure:

“How magical is it to imagine watching the theater of life in silence, open the curtain, be the work you painted, trace a path, start a journey.” 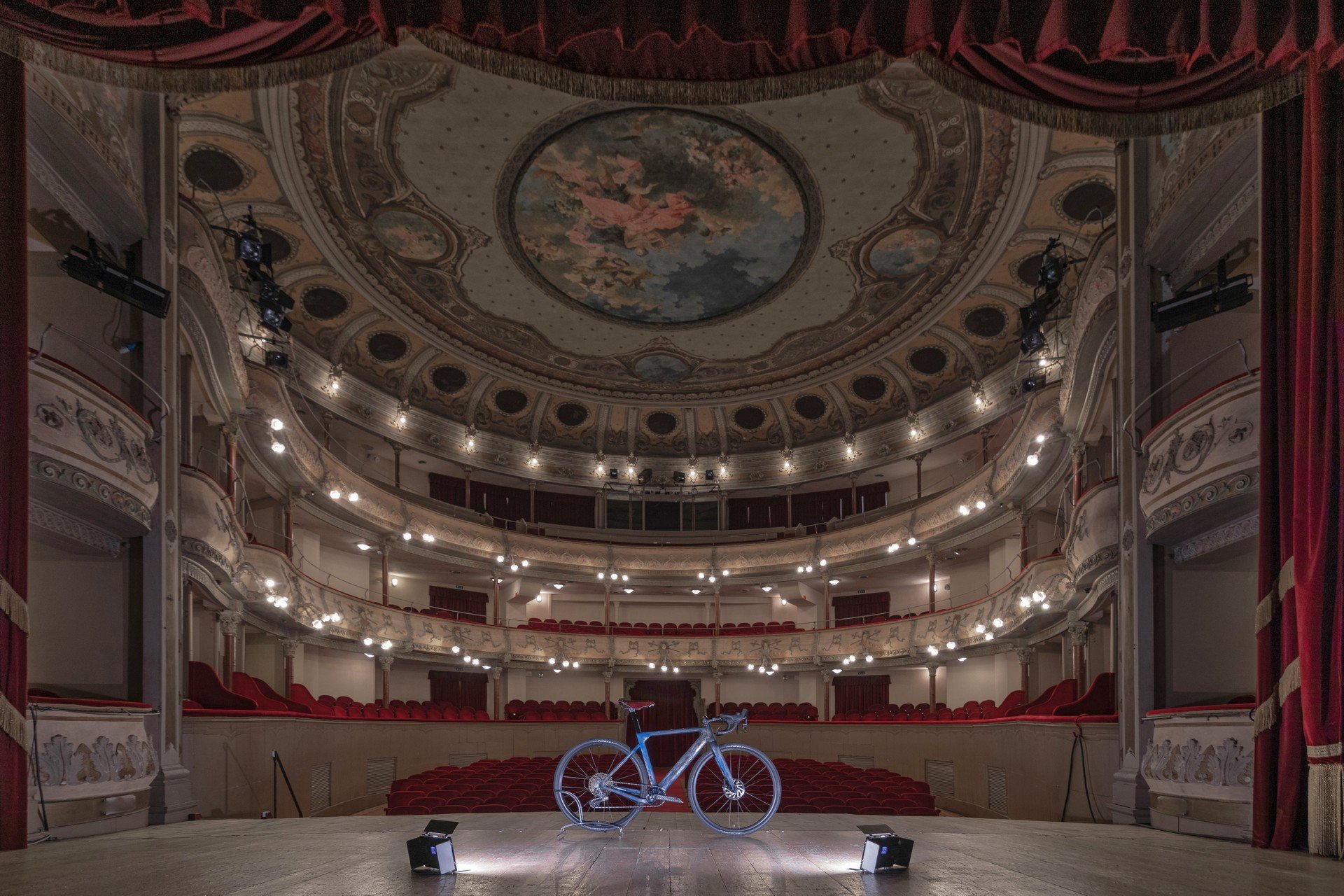 After many months in which the restriction rules had prevented us from meeting, finally last month Giorgio was able to visit us at 3T and brought us “ICE”.

While talking about his ideas and projects, we decided to offer our readers the opportunity to buy the artworks he creates on the 3T Exploro and Strada Ready to Paint frames: the first, called “Peach” and made on an Exploro in size L, is already available for purchase for 5,000 euros (for info, e-mail us at info@3t.bike).

Others will soon follow and will be made by Giorgio right here in the 3T headquarters.

However, it is already possible to book them by requesting a specific model and frame size, so that you can also have a bike suitable for your cycling needs if you decide not to display the frame on a wall, but mount it and use it. 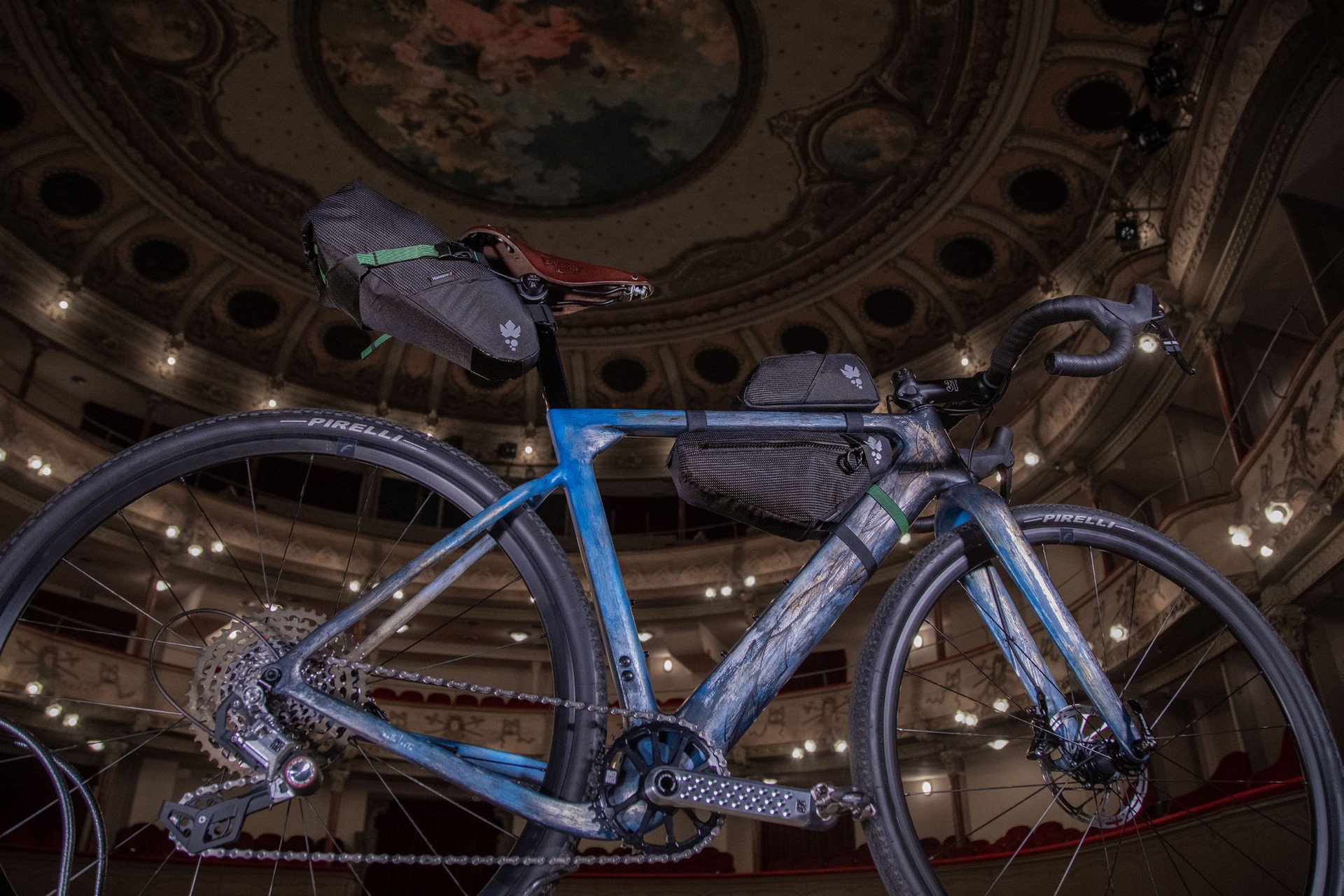 This is what our friends Mattia de Marchi and Claudia Gugole did, for example. 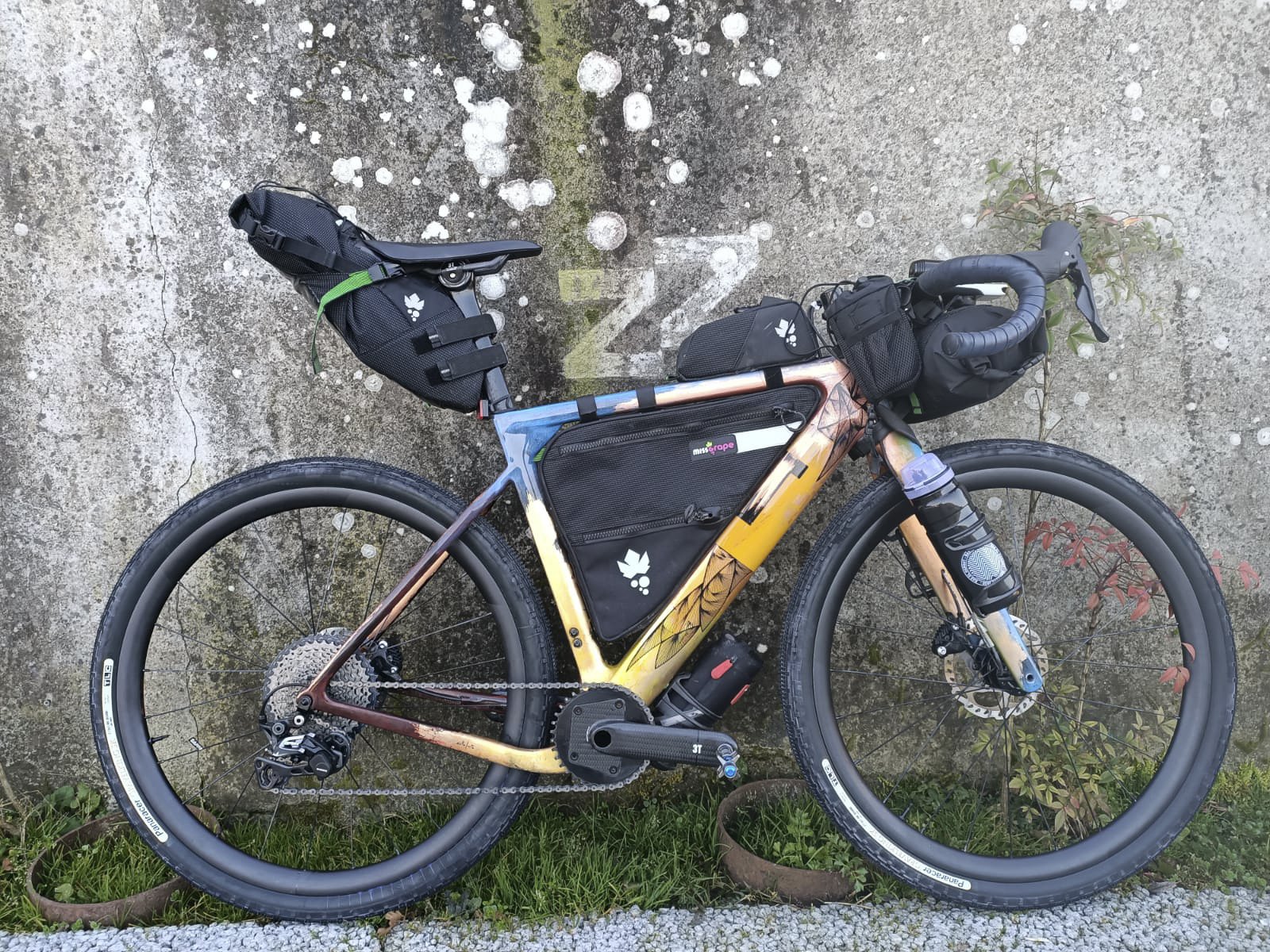 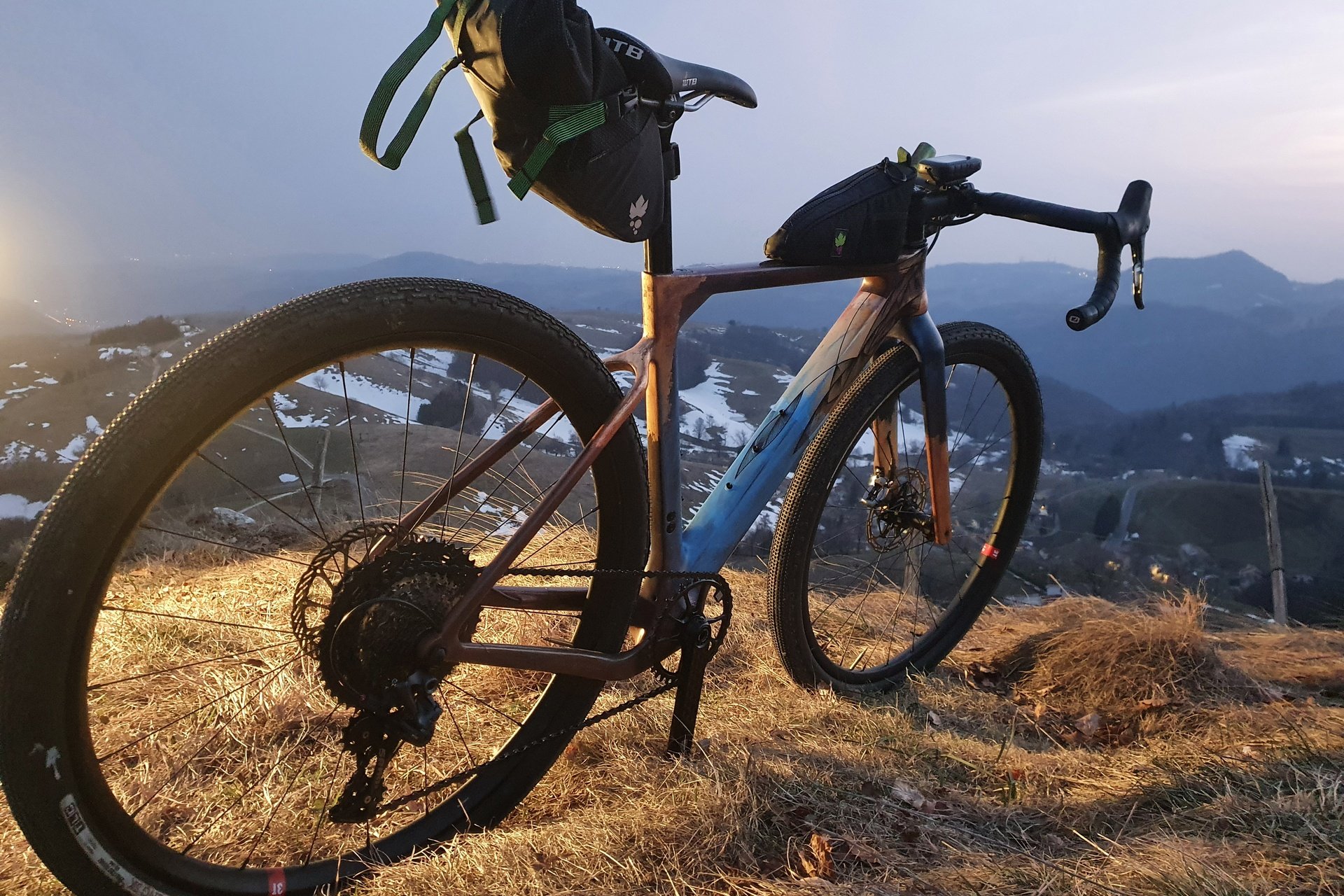 Giorgio will be happy: for him, the most natural final chapter of every creation is the one in which:

“The work leaves the work and sets off on a journey.” 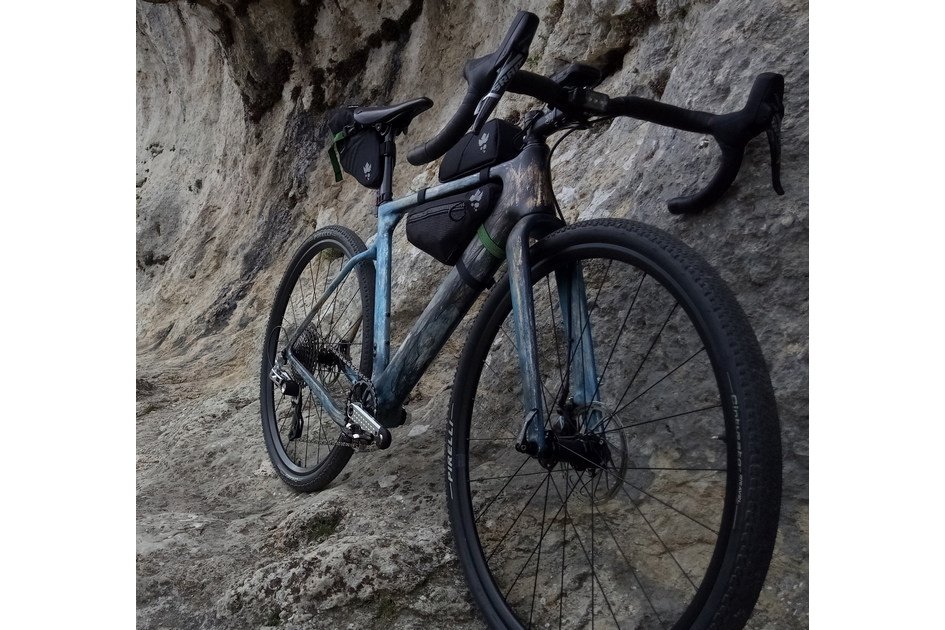