Today SRAM launched Rival AXS. If you’ve been following this blog for a while, you know that we were one of the few companies chosen by SRAM to be a part of their initial AXS launch. We were excited from the first second and remain to this day.

Aside from their somewhat strange decisions on cassette ranges, we like everything about the AXS family. The 12-speeds, the fact you don’t have to run wires, the weight, the ergonomics, etc. And of course the “run-safe” option of switching front and rear derailleur batteries if you forgot to charge them.

Crucial for gravel bikes, the AXS rear derailleurs come standard with a damper, so the chain stays more securely on your cassette and chainrings. I would never recommend riding a gravel bike without a clutch or damper, so having this standard is great. In fact, even on a road bike it’s great, as there are plenty of bumpy roads out there and chain suck, well, sucks.

And as a cherry on the cake, the AXS road parts could even be mixed with their AXS mountain bike parts, leading to such gravel bike monsters as the Exploro Max Eagle with massive tires & massive gearing on a dropbar bike.

Even the pricing was very fair given the market. So it was a surprise when SRAM told us last year that the new Rival group, their third tier below Red and Force, would also be electronic.

The final Rival AXS group follows the usual structure you see in drivetrains. Almost the same performance as the top groups, a little heavier, a few missing bells and whistles. So Rival AXS is also 12-speed and uses the same eTap shifting principles.

For those unfamiliar, that means the left lever gives you an easier gear in the rear. The right lever is a harder gear. Pushing both at the same time moves the front derailleur to the other (whichever that is) chainring. Ergonomics are comparable, so are the brakes. 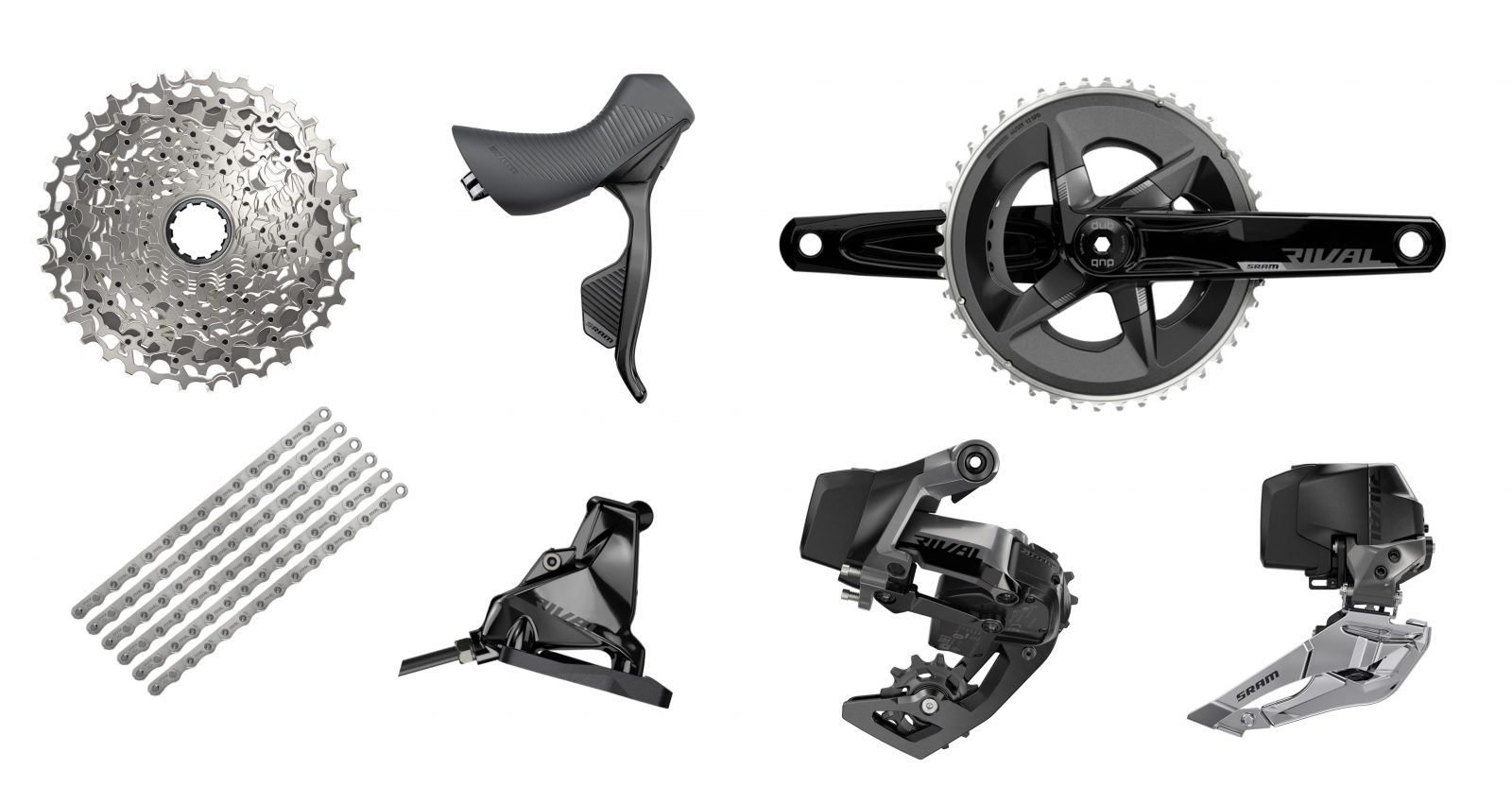 The biggest difference is the finish of the parts and the crank, which is carbon on Force & Red but alloy on Rival. This and some other smaller tweaks means Rival is a bit heavier than the others, as you would expect.

Final difference is in the cassettes. Rival comes with either a 10-30T or 10-36T cassette, where Red comes with a 10-28T or 10-33T cassette and Force offers you those two plus a 10-36T. But this difference disappears in practice since all the cassettes are interchangeable, so you can put a 10-33T Force cassette with a Rival rear derailleur or the 10-30T Rival cassette with a Red RD  (there are some limitations but at least on 3T bikes it all works – see here).

Given the gearing combinations, Rival AXS will work great on your gravel bike or road bike alike.

As a launch partner of SRAM, we are offering Rival AXS on our Exploro Team frame. As you can see, it also comes in a great new color: Coffee. Due to some supply chain issues (the #1 topic in the bike industry), quantities are very limited but a big batch will be available by the end of May. 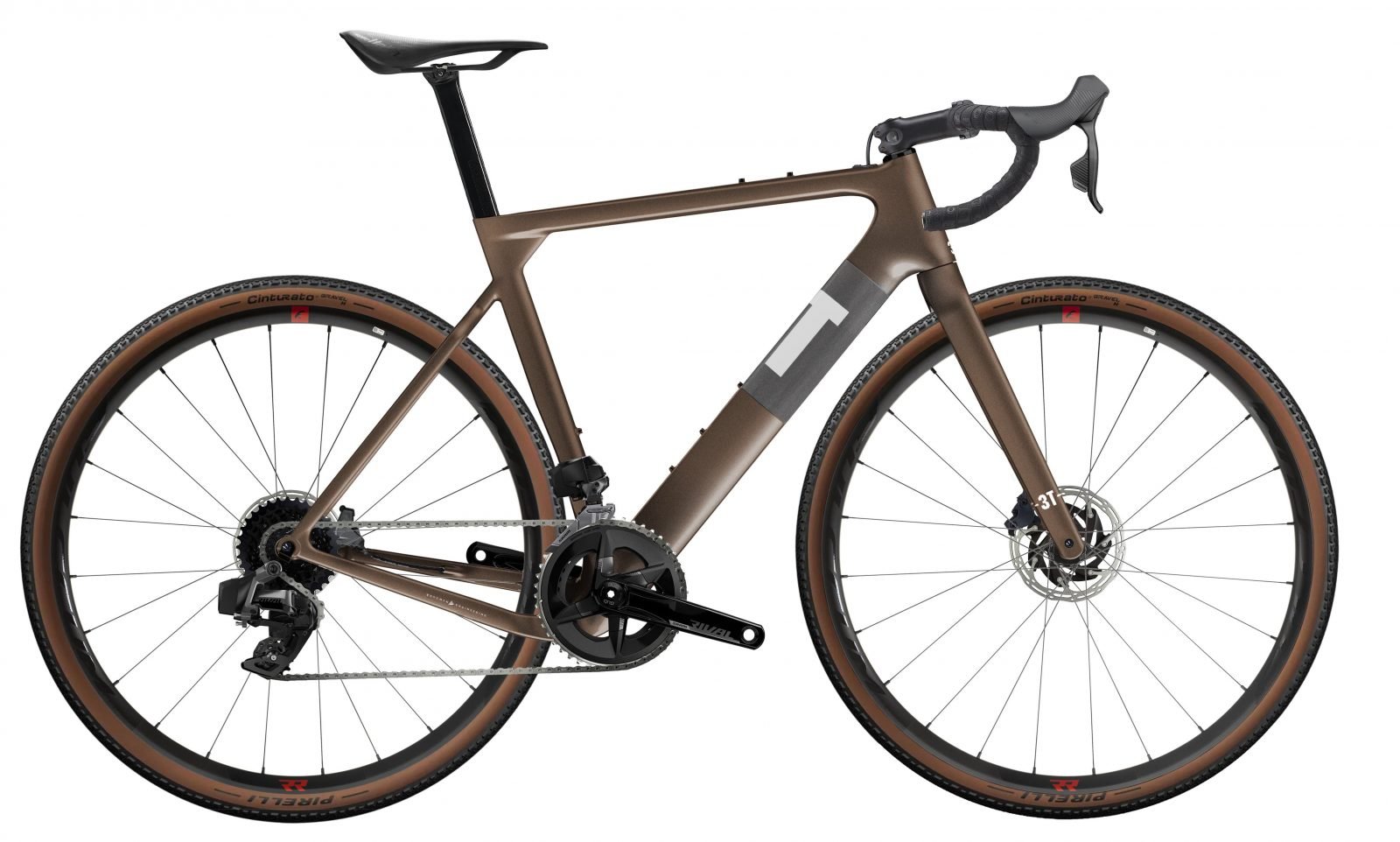 Everything we receive until the end of May is available for sale to our retailers and online today. So if you are planning to buy one in the next two months, today is the day to place your order. I would expect that in a few days, that batch is gone.

I really hate saying that as I don’t like to put pressure on people. But I keep getting emails from disappointed people who waited one more day and then everything was sold out. Unfortunately this will be the situation for the next couple of years.

It’s not that we don’t have supply, we have a lot more than last year. But demand has risen so much more than that. That’s partly due to COVID, partly to the increased interest in gravel and partly to the popularity of the whole Exploro range within gravel. All of that together makes it a huge challenge.

To see the full specs and order, check out the Exploro Team Rival AXS 2x here.