To understand who they are, we can begin with the video they used to present themselves to the world. It already tells us a lot about the philosophy underlying this newborn cycling collective. By the end of the video, the group reveals its name through Mario Draghi’s words: “Enough”.

Should you still have some questions after watching it, well, there’s also a manifesto that clearly states in black and white the group’s attitude and intents.

As Plato would say, if we move from the ideal world to the more concrete one, we find eight cyclists with entirely different backgrounds and personalities. One has won a pro-race, another who has never put a race number on their bike.

What they have in common is a passion for cycling and a time-table full of events (pandemic allowing). These will be the occasions to get to know them well, one by one. 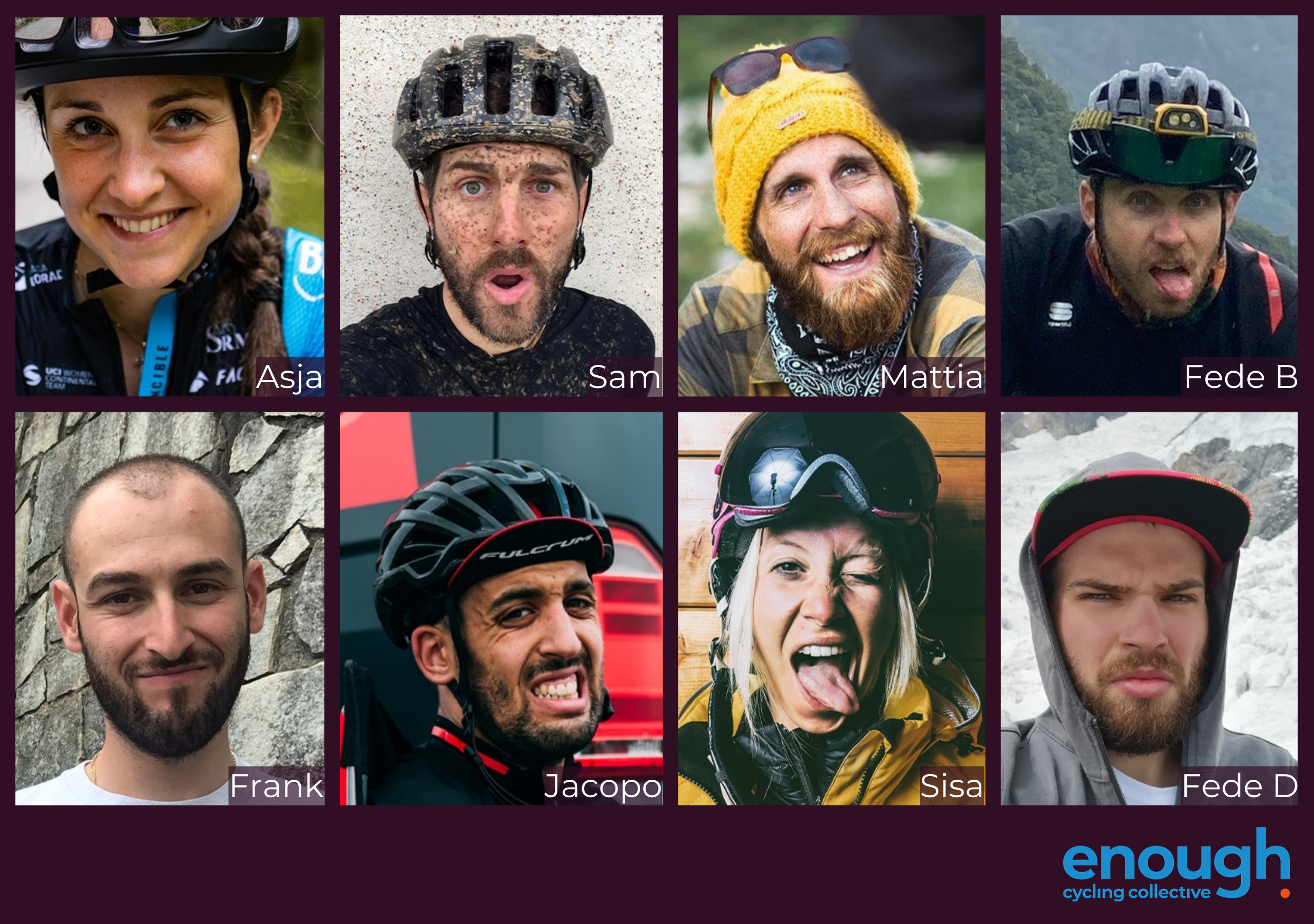 However, if you’re too eager to wait, you can find their profiles here.

Whether they are events, training, or bike-packing tours, throughout the year, our eights will ride on unique Exploro RaceMax bikes, customised with a livery created ad hoc by the designer Vania Gaved.

On their website, you can read about the path that led Mattia, Federico, Jacopo and the others, from the crazy graphics and extra colours of the 80s to a geometric theme inspired by the Bauhaus School. The fact is that you can see the final result below, summarised in a logo and pattern that you will see very often on the 3T website from now on this year.

Meanwhile, our trustworthy painter Tony Spray, guns in hand, has transferred those elements on ten RaceMax frames in his own way.

Still, coming out from the oven was not the last step in those frames’ lives, which, in the meantime, they have become complete bikes at Scavezzon atelier. But this is another chapter of the story, which we will discuss in the next blog article. For now, this is… enough! 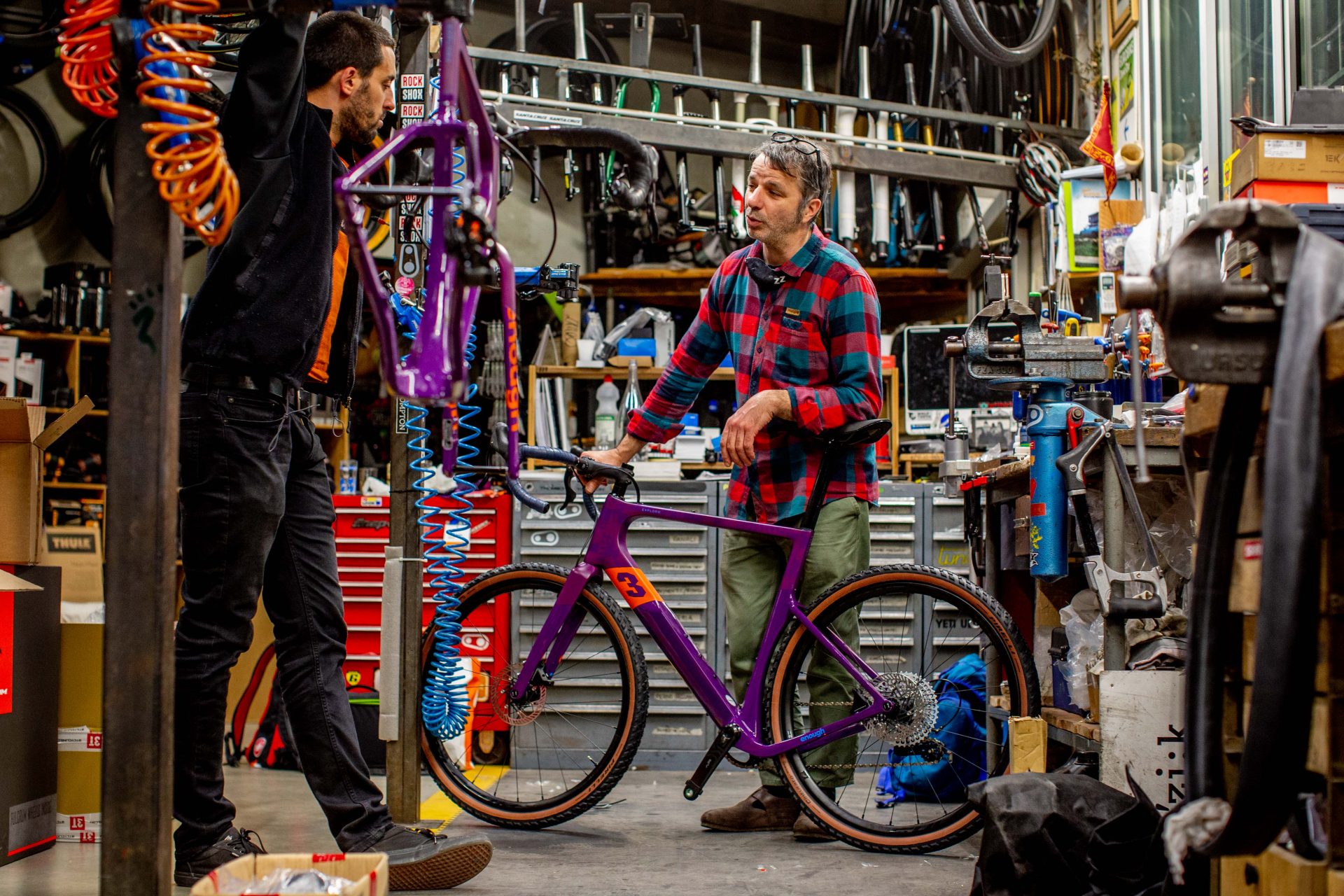 ◄ Previous Story Bike&Sounds – What do cycling and music have in common?
Next Story ► GET CREATIVE – A bike for my hometown Tirana
...