To tell this story, I must go back to last year: it was 2020 when I was struck by the realization that the celebrations for Tirana’s hundredth birthday as Albania’s capital coincided with my tenth anniversary working at 3T. There was just one “zero” separating the city’s birthday where I was born from the milestone at the company where I work.

Over time, the belief that I had to do something not to miss this unique opportunity had made its way inside me: a once in a lifetime occasion, I thought, for which there was nothing better but to create an exceptional bicycle, like those we’ve been showing for years in the project GET CREATIVE. 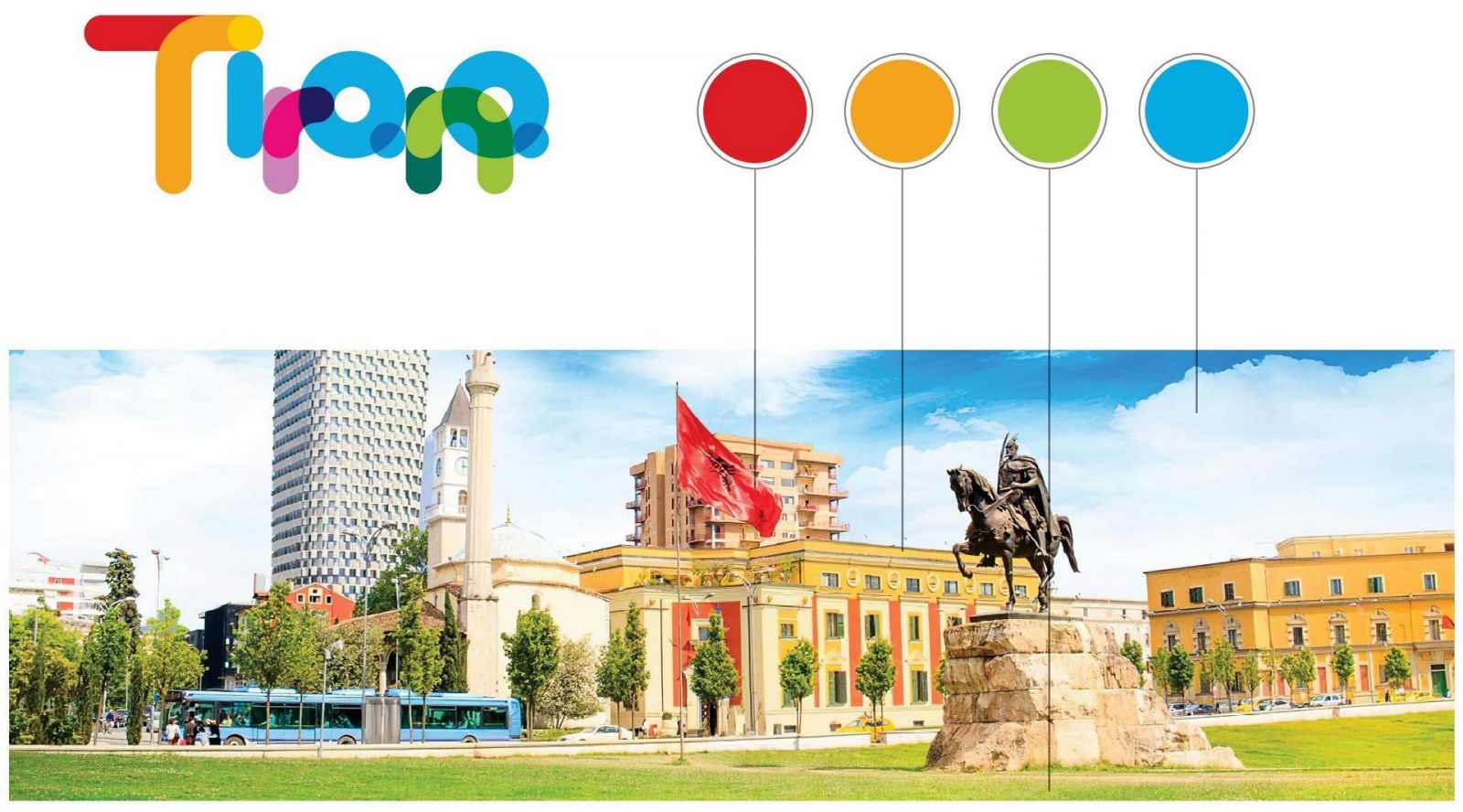 To complete my plan, I only needed concrete support on the other side of the Adriatic Sea. Still, I had no doubt about who could give me such a thing: Alban Laci, a man who, just like me, had left his homeland to go to Sweden and had come back with solid skills and the willingness to use them to make Tirana a better place. From the Nordic countries, Alban brought with him the idea of green and sustainable cities, and in Tirana, he’d started a bike delivery business with the name of E-Korrier.

But, as I was saying, this all happened back in 2020. Then, this plan, like many others, was put on standby because of the pandemic. When Italy and Albania’s borders got closed, our graphic designer Davide had already created the frame. Tony Spray in Veneto had painted it, and our tireless mechanic Mario assembled the bike. But delivering it was not possible at that time.

After almost a year, our CEO René triggered some real Balkan pride in me by saying: “Is this bike going to stay here forever, or is it eventually going to arrive in Tirana?”. That’s how I decided to put my fears aside and buy the plane tickets – one for me and one for my colleague Carlo who accompanied me – and warned Alban: we needed to reorganize everything… and quickly! 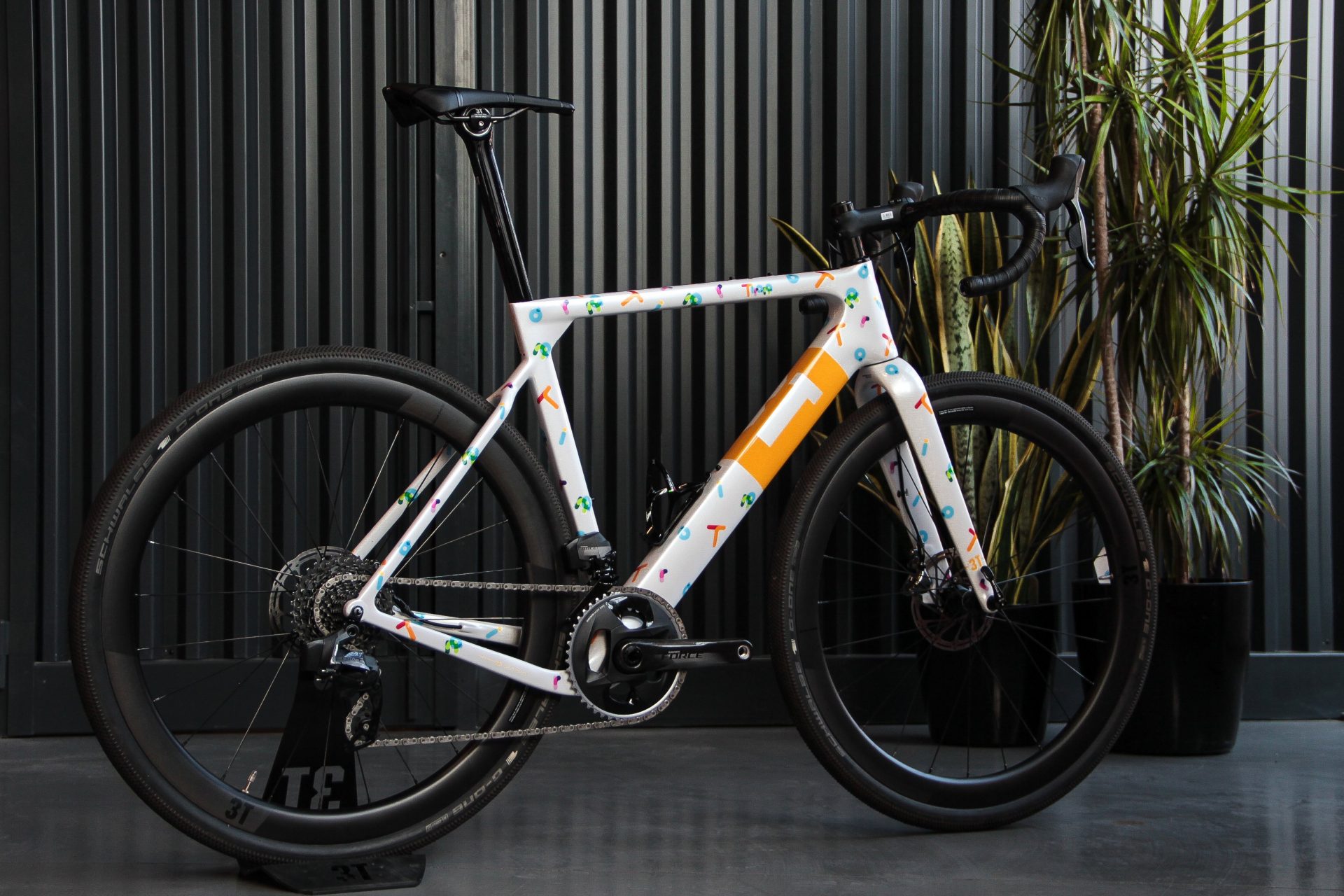 The surreal atmosphere of the deserted halls and the barred shops which welcomed us at the airport almost made me change my mind: “Are we doing the right thing?”. The thought of my children, so proud when I showed them the bike for the first time, and of my always supporting wife, together with the awareness of Alban waiting for us on the other side of the sea, gave me strength. And then there was Carlo, but he looked more disoriented than I was.

Every fear left me when we arrived in Tirana: the bike had survived the trip and, once put back together, seemed like it had found its natural habitat. It glided perfectly on Skanderberg square’s pavement while we passed in front of the enormous #Tirana100 logo, whose colour inspired our painting. 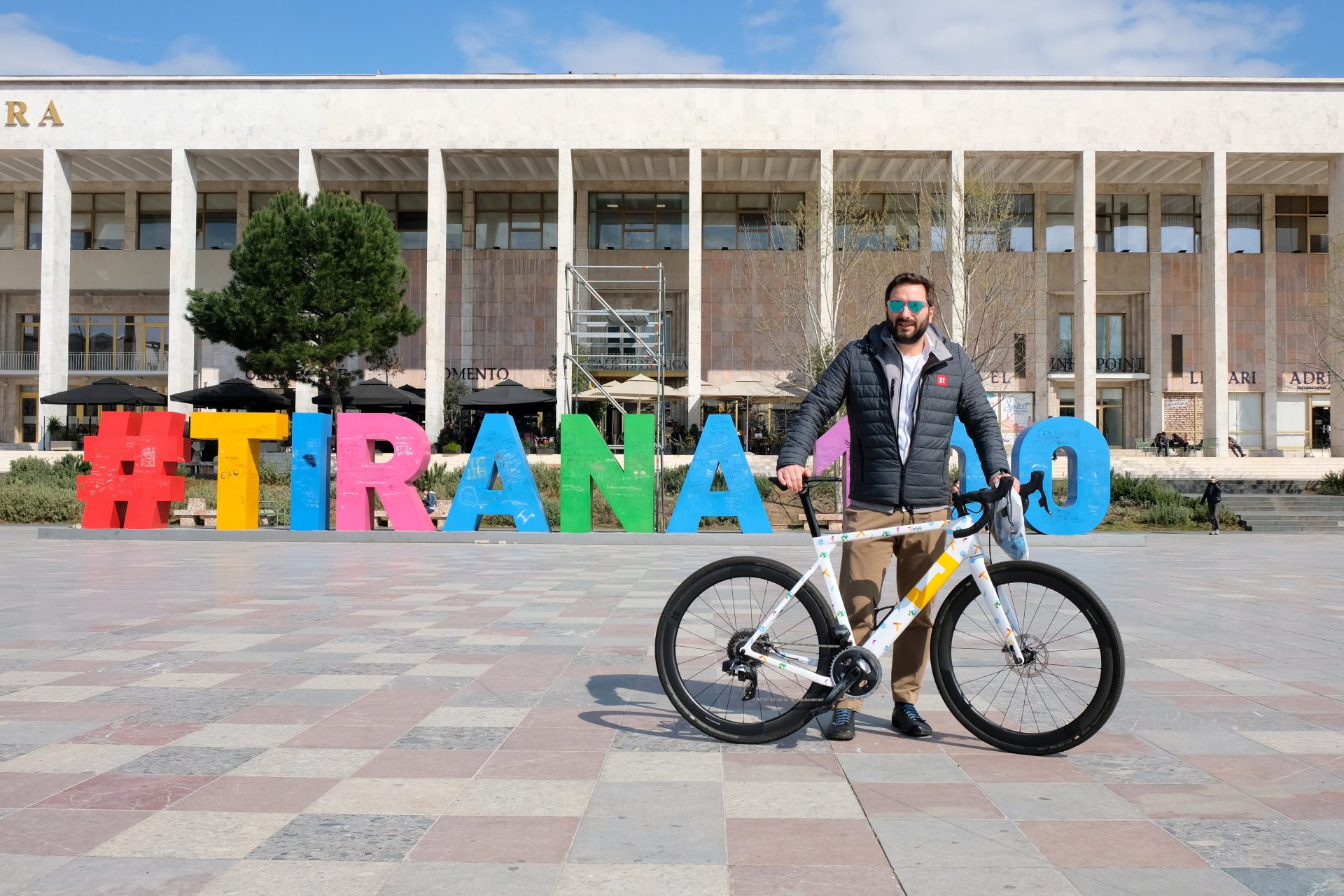 We finally got into the Municipality’s building, which will be the bike’s home from now on: the city’s mayor, Erion Veliaj, was there to greet it and was very excited. I had no doubt about this warm welcome: how could a man who dared to stop the chaotic traffic of Tirana and face the drivers’ objections to creating cycle lanes be indifferent to such a beautiful bike?

“I could not have imagined a better way to come back to my city by showing the professional path I managed to follow: not with a car, but with a bicycle”. I was thinking it out loud because I saw Erion nodding before replying to me: “Faleminderit mik i mirë i qytetit tënd!” (Thank you, you’re a good friend of your city).

I went out of the Municipality aware that I had reached an important goal, and I am grateful to 3T, who believed in the project’s authenticity and in the people who stood beside me while I realized it. But there is one person in particular to whom I owe the greatest credit of this outcome: it’s my father, my own personal compass to never get lost, not even during the darkest hour.