The Design & Innovation Award is one of the few bike awards using a big jury AND lots of actual riding. So products aren’t judged on a slick presentation, but rather they take all the products and the jury to a nice location and ride, ride, ride.

You would think this is the most difficult style of award to actually organize during a pandemic. But somehow they managed. And we’re happy to announce that 3T won not one but two awards.

First winner is the Exploro Racemax, about which the jury writes: The 3T Exploro RaceMax doesn’t just look fast: it’s one of the fastest gravel bikes on the planet! Thanks to the aerodynamic optimisation of the seat tube, which hugs the rear tire closely, an aerodynamically shaped down tube and cable routing inspired by triathlon bikes, it cuts through the air with minimal resistance.

With its stable ride, predictable handling and a stiff frameset, the Italians have hit the bull’s eye for the second version of the Exploro. Alongside the high-speed tuned Race build, this gravel bike demonstrates that it’s a master of transformation in the Max build. With the frameset clearing 650 x 61B tires, which complement the already good vibration damping of the frame to increase comfort more, the Max is ready for relaxed adventures away from surfaced gravel tracks.

Regardless of whether you want an all-road racer or a gravel adventurer for poor surfaces, the 3T Exploro is happy to do everything! 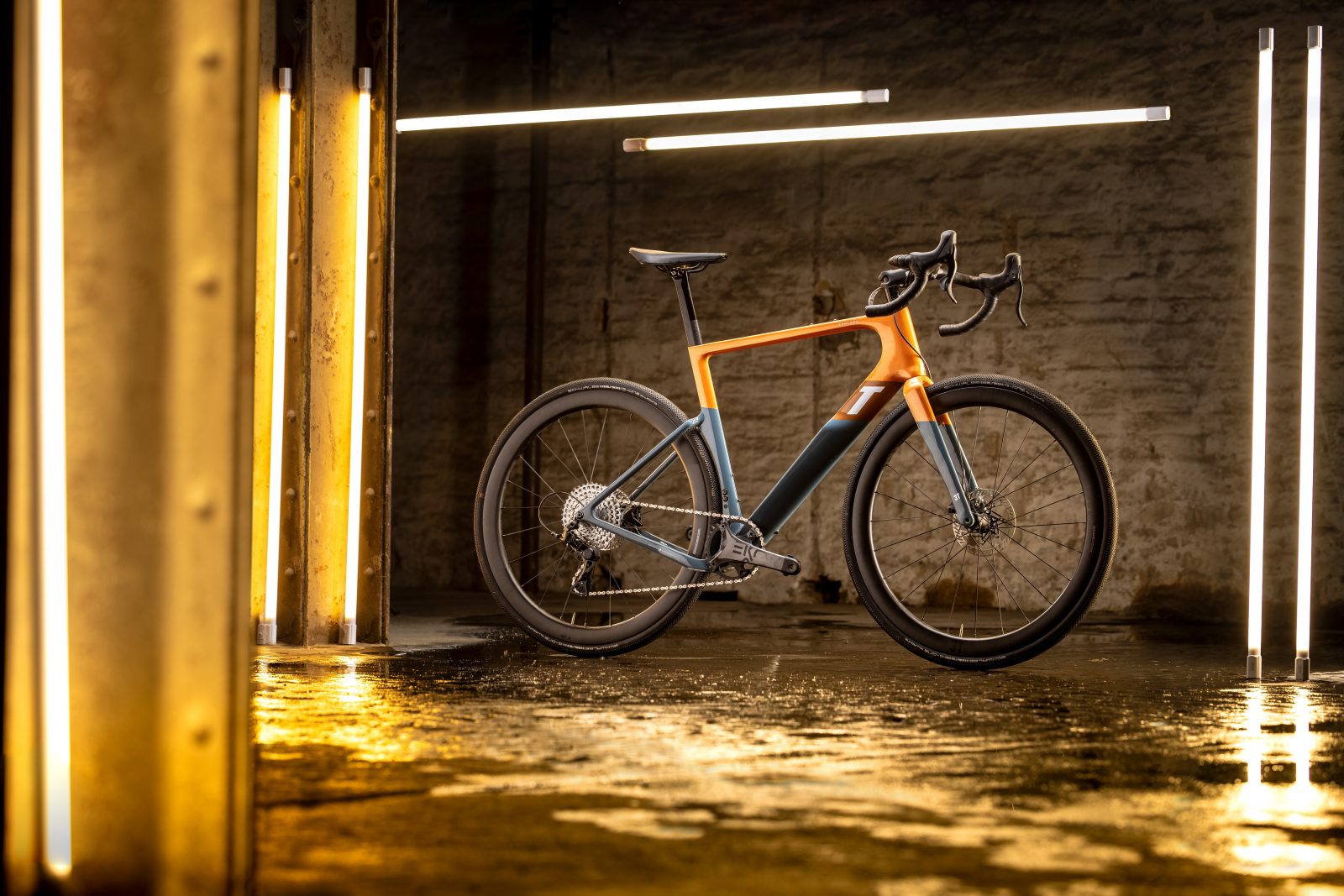 The jury proves our point that 3T bikes and parts work as a system with the second winner, the Discus 45}40 LTD. As the world’s first aero wheelset optimized for wide gravel tires, they write: Performance-oriented riders and racers are battling the clock and the competition on gravel. Italian manufacturer 3T have recognised the trend, developing the aerodynamic Discus 45 | 40 LTD wheelset in response.

It seeks its equal, eking out the last ounce of time savings and speed from rider and bike. Whereas other aerodynamic wheels are susceptible to side winds and are heavier due to their deeper rims, the 3T Discus 45 | 40 wheelset shows itself unimpressed by the former and at 1,650 g, doesn’t push up the weight much either. With a 29 mm internal width, the rims are optimised for tires from 35 to 40 mm, making them perfect for the kind of rubber that makes sense on a gravel race bike.

Customers have the choice between luxurious Carbon-Ti, Chris King or Industry Nine hubs. What more could the gravel heart want? 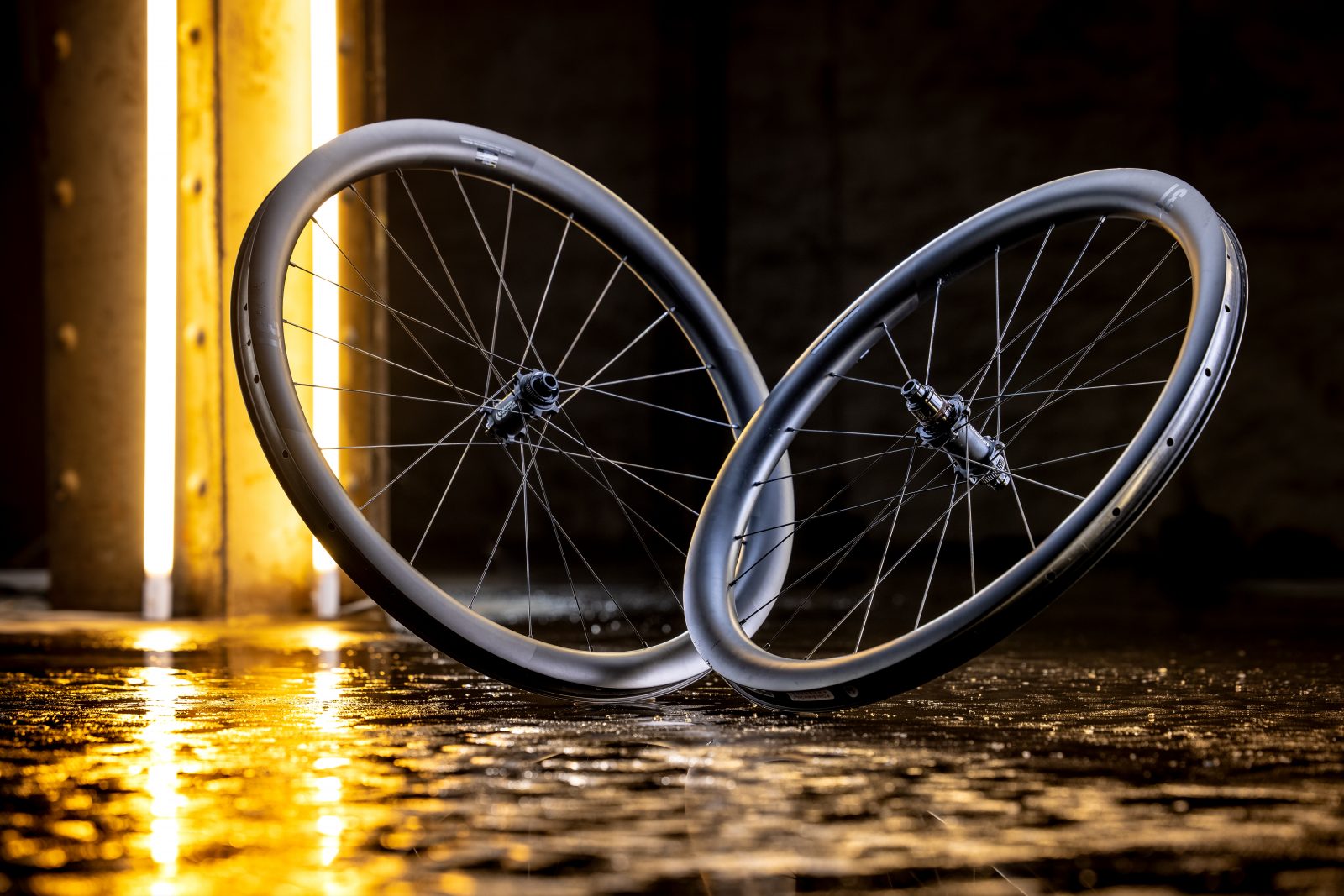 To cap it off, the Exploro also got the “Best All-Around Bike” Editor’s Choice at RoadBikeAction. Tech editor Troy Templin writes: Recently I have found myself less attracted to aero bikes as they continue to push the limits of cutting through the air at the sacrifice of, well, everything else. So, when the 3T Exploro Racemax showed up I was happy to let Zap have the first go. Like we do with all the test bikes, the 3T got swapped around until I finally got my opportunity to ride it with its massive 650b 2.25 tires.

Well, it turns out the bike was surprisingly good on the road. And when I got it on the dirt, I was also impressed with just how well it did there too. After the ride I looked at the geometry chart to try and put feeling to numbers and it all came together. The bike has what seems to be near road race geometry but paired with room for the massive tires. Let’s just say it is a load of fun and currently if I could only have one drop-bar bike this might be it.
Obviously we’re happy for all the recognition, not just from these awards but especially from our customers. Now if we could only make enough of these, I’d be really happy!
◄ Previous Story New Year’s Eve with Exploro in Japan
Next Story ► First 2020 Km with RaceMax
...