Colorado Springs,  a couple hours south of Denver and Boulder may not get the international hype of some of Colorado’s other cycling Mecca’s. But as the hometown of the United States Olympic Committee and the US Olympic Training Center, the city of just under 500,000 people probably plays host to the most Olympic athletes per capita in the United States. And as a town with such a large athletic pedigree, there is also a significant amateur cycling community in the area as well as one of the state’s biggest cycling clubs, COS Racing.

Our newest Get Creative project comes to us from one of their members Vlad Dragomirov. Inspired by both 3T’s Italian heritage and the colors of the flag of Bulgaria where he hails from, this project turned his Strada Due Team frame into something truly special

The paint work was done by Stefooseo Studios in Colorado Springs, you can learn more about their work here.

And finally here is the finished product, built up with Vlad’s 2x SRAM Red AXS groupset, be sure to keep an eye out for this flying Tricolore if you’re in El Paso county. 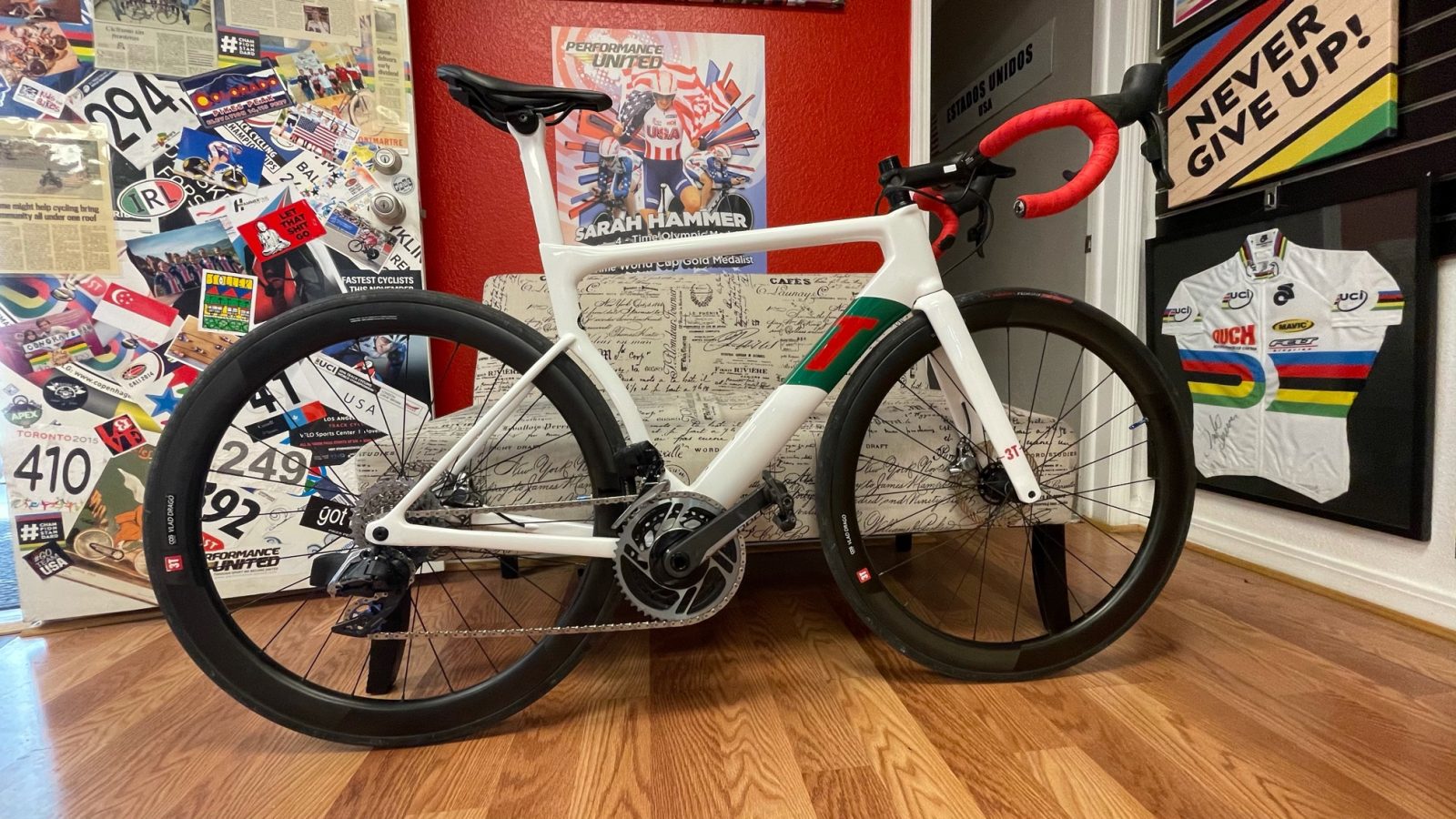