Man has a significant influence on the earth and its environment. He builds settlements, roads,  airports or factories. Bicycles are not only a means of transportation, but also a way to  experience freedom. It is the freedom far away from the big metropolises that we cyclists seek  day after day, year after year. Often we are so caught up in our thoughts and everyday  problems that we do not perceive the characteristics of the landscape around us in its  sociability. But sometimes we do not even know what surrounds us. Humans do influence the  appearance of the landscape, but the large geographical structures were created by nature  itself. Climate change is almost always taking place and the last cold period in Europe has left  its mark on the Alpine region. Our three-day Graveltour leads us through the Bavarian Alpine  foothills, where the witnesses of the last cold period are waiting for us.

We took off on the first day at Munich-Freising Airport. Our tour leads us first through an  extensive gravel plain. During the last ice age glaciers rose from the Alps far to the north.  When they retreated 15,000 years ago due to global warming, the melt water of the glaciers  washed gravel and sand up. 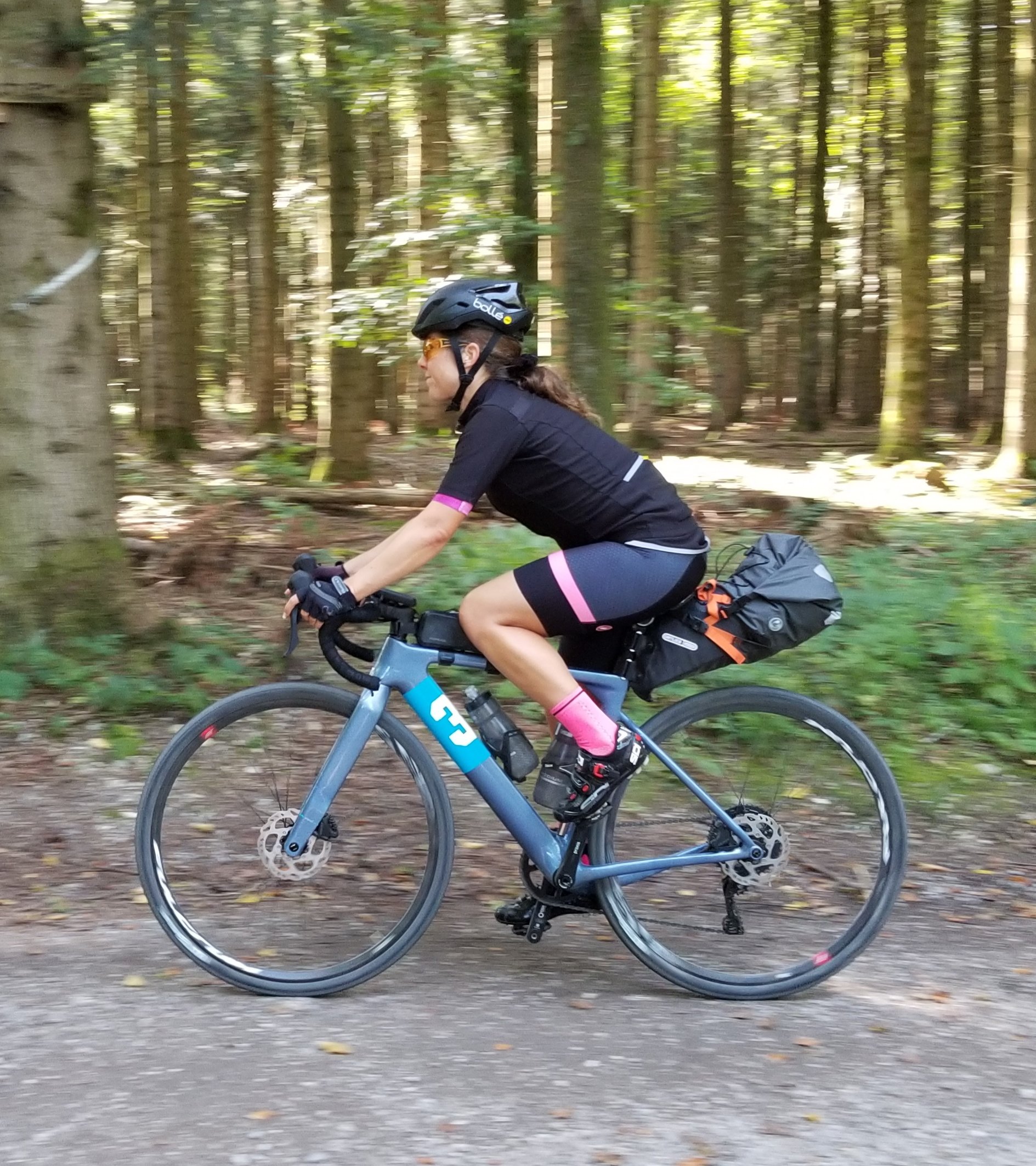 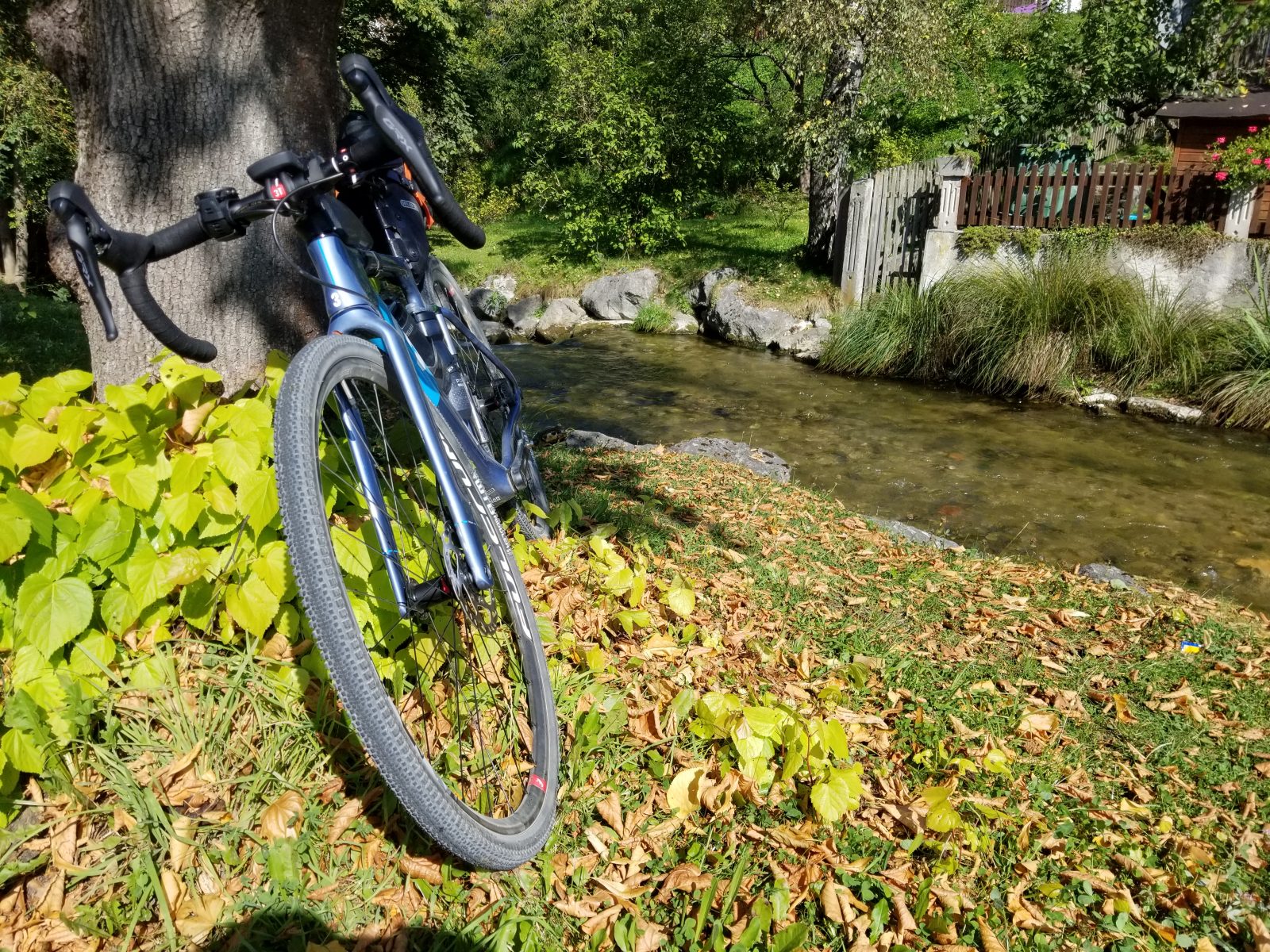 A plain was created, the Munich gravel plain. Here we covered the first kilometers through a  moss area. When we reached the extensive Ebersberg Forest, the first ridges of hills appeared,  the relics of former glacial moraines. 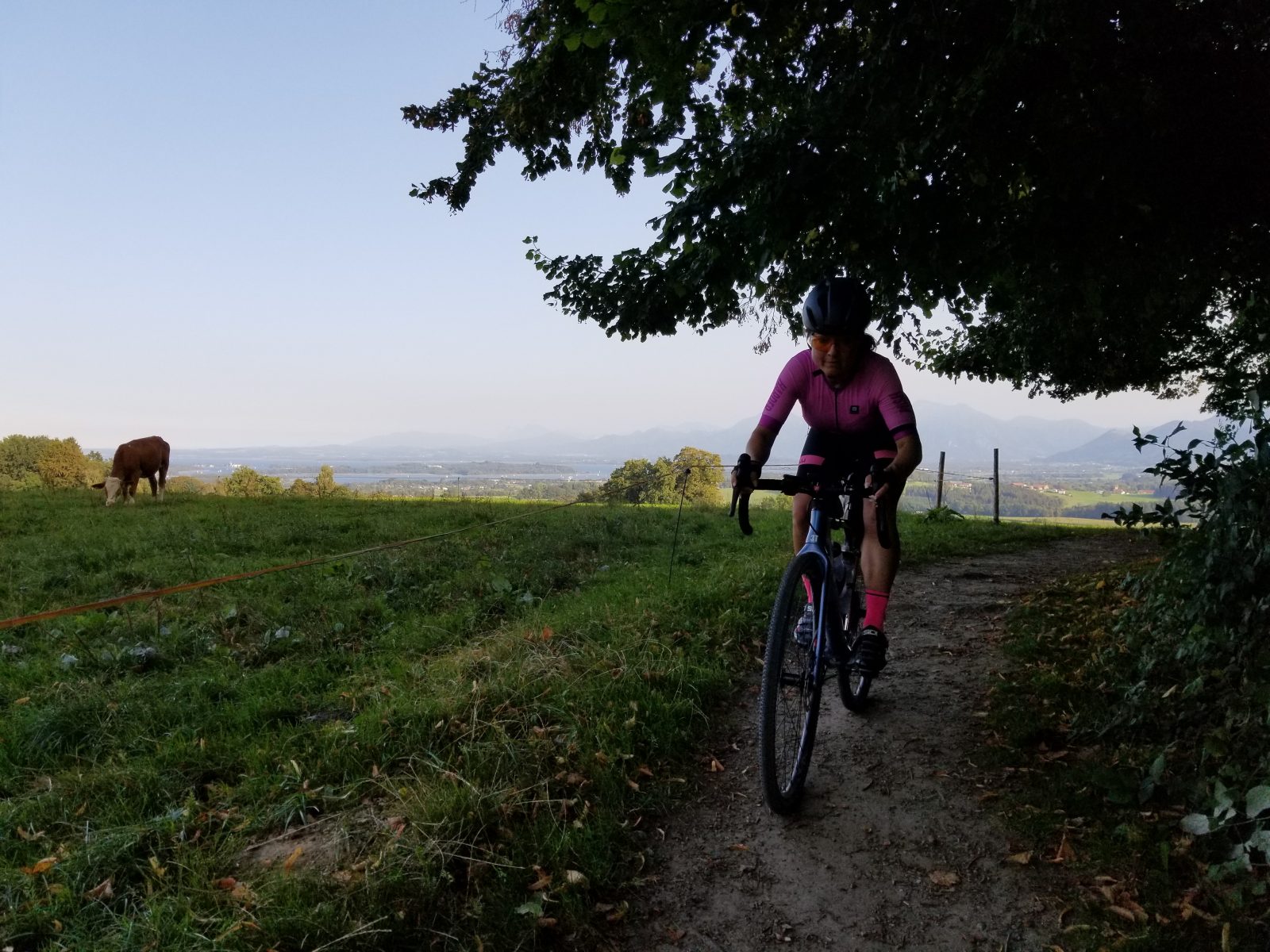 After crossing the Inn valley, we achieved the first stopover on our journey, the Chiemsee,  also called the Bavarian Sea. It is the largest lake in the state of Bavaria. 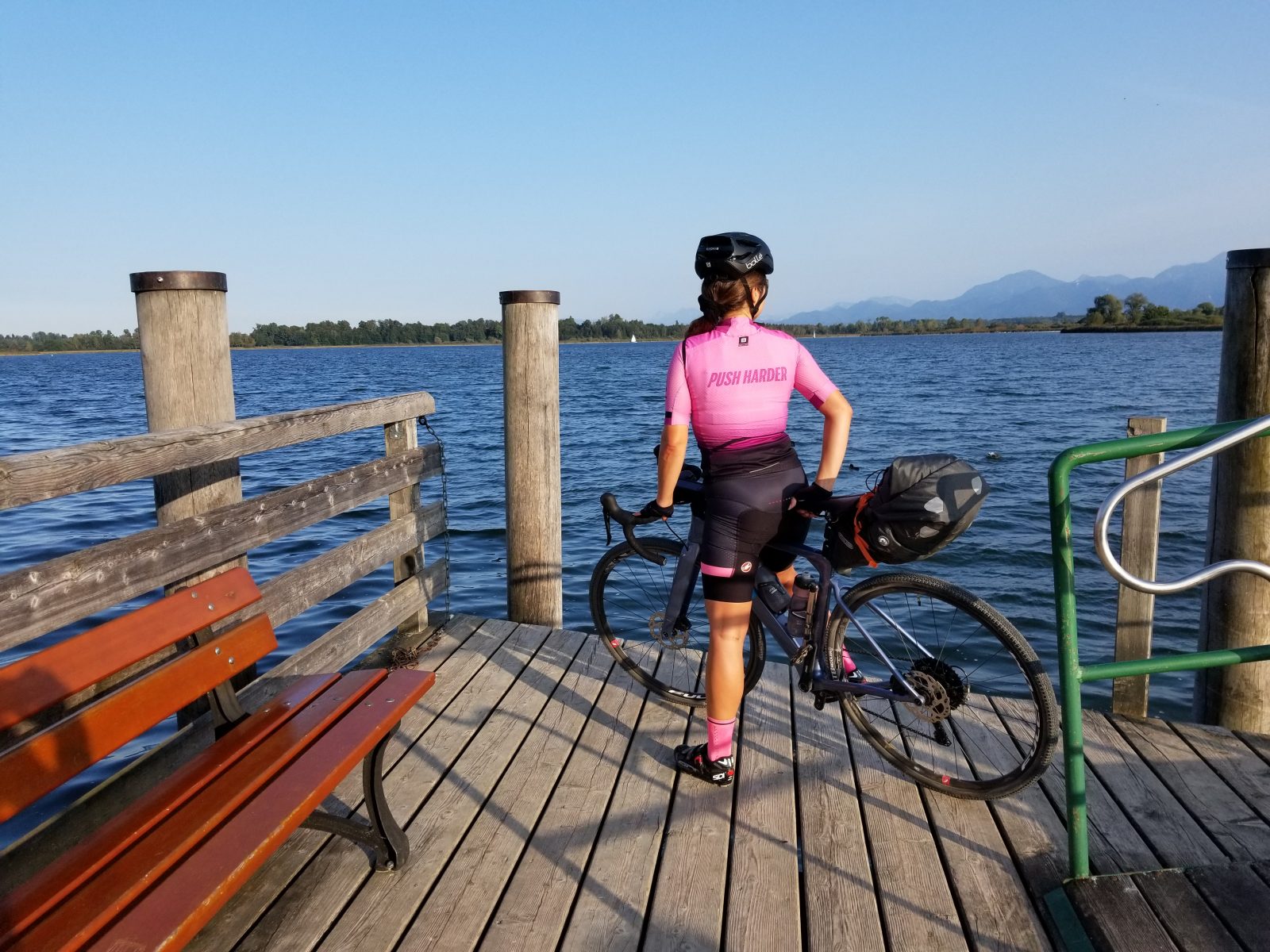 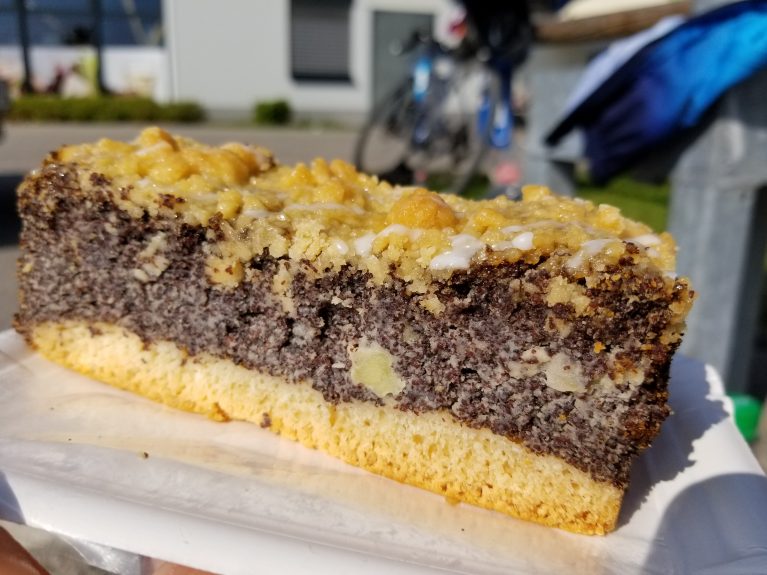 After a short rest at the lake, we continued our journey towards the edge of the Alps. At dusk  we reached the „Bavarian Merano“, at the foot of the Wendelstein, a prominent mountain  peak of the Alpine foothills. The wooded area has its name because of the mild climate and is  a health resort due to the moorland deposits. We stayed overnight in a traditional Bavarian  guesthouse. 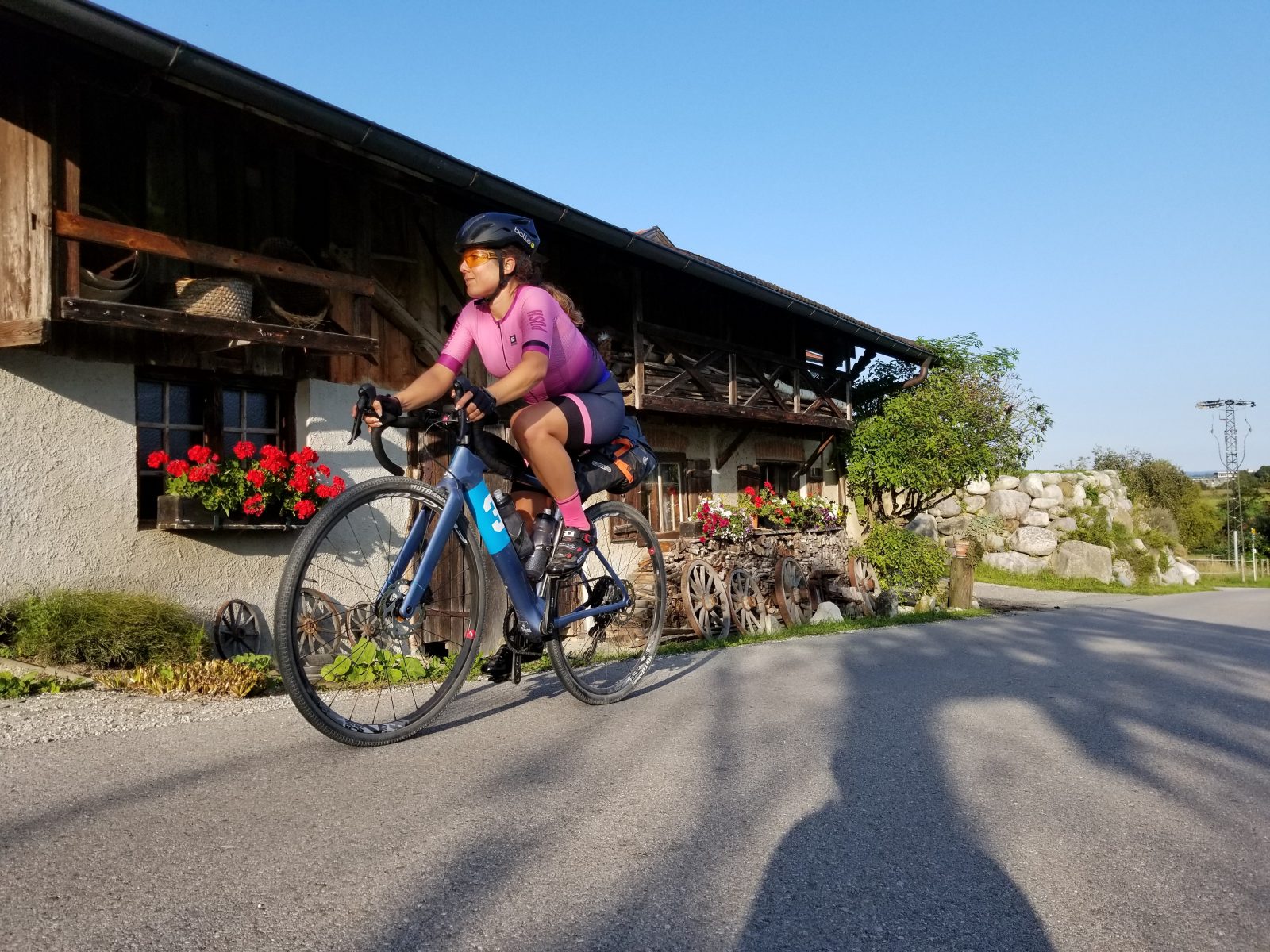 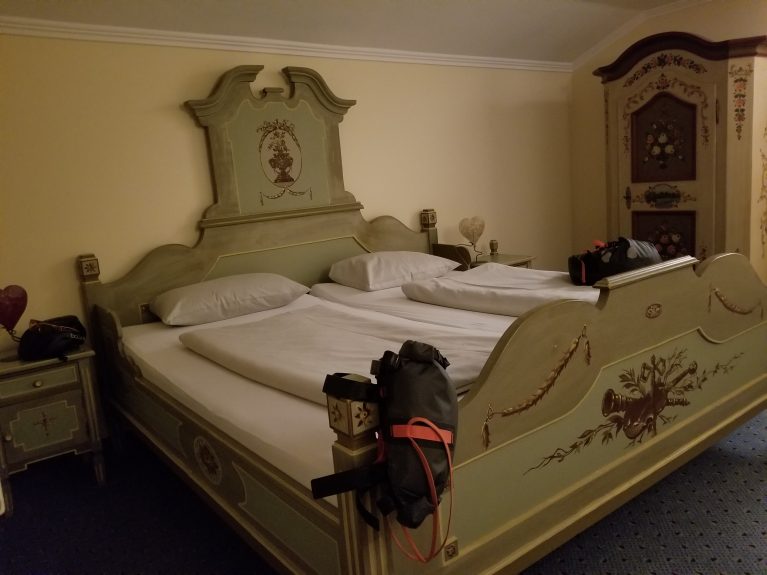 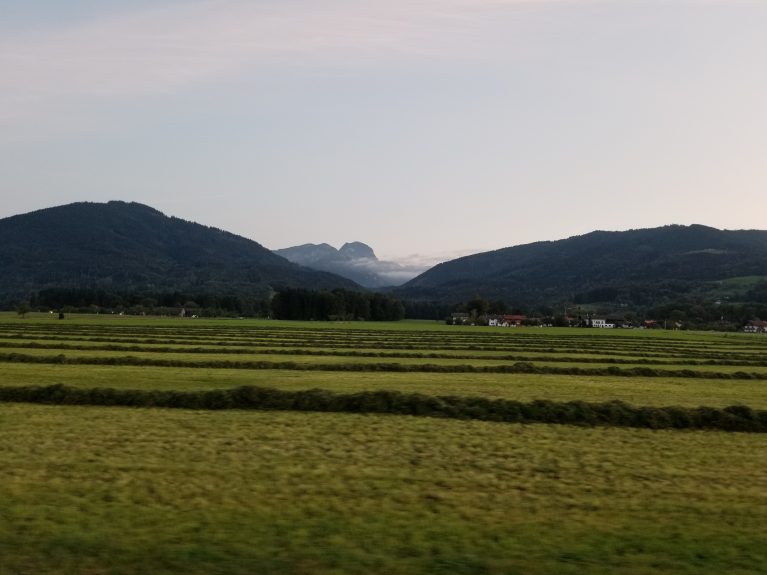 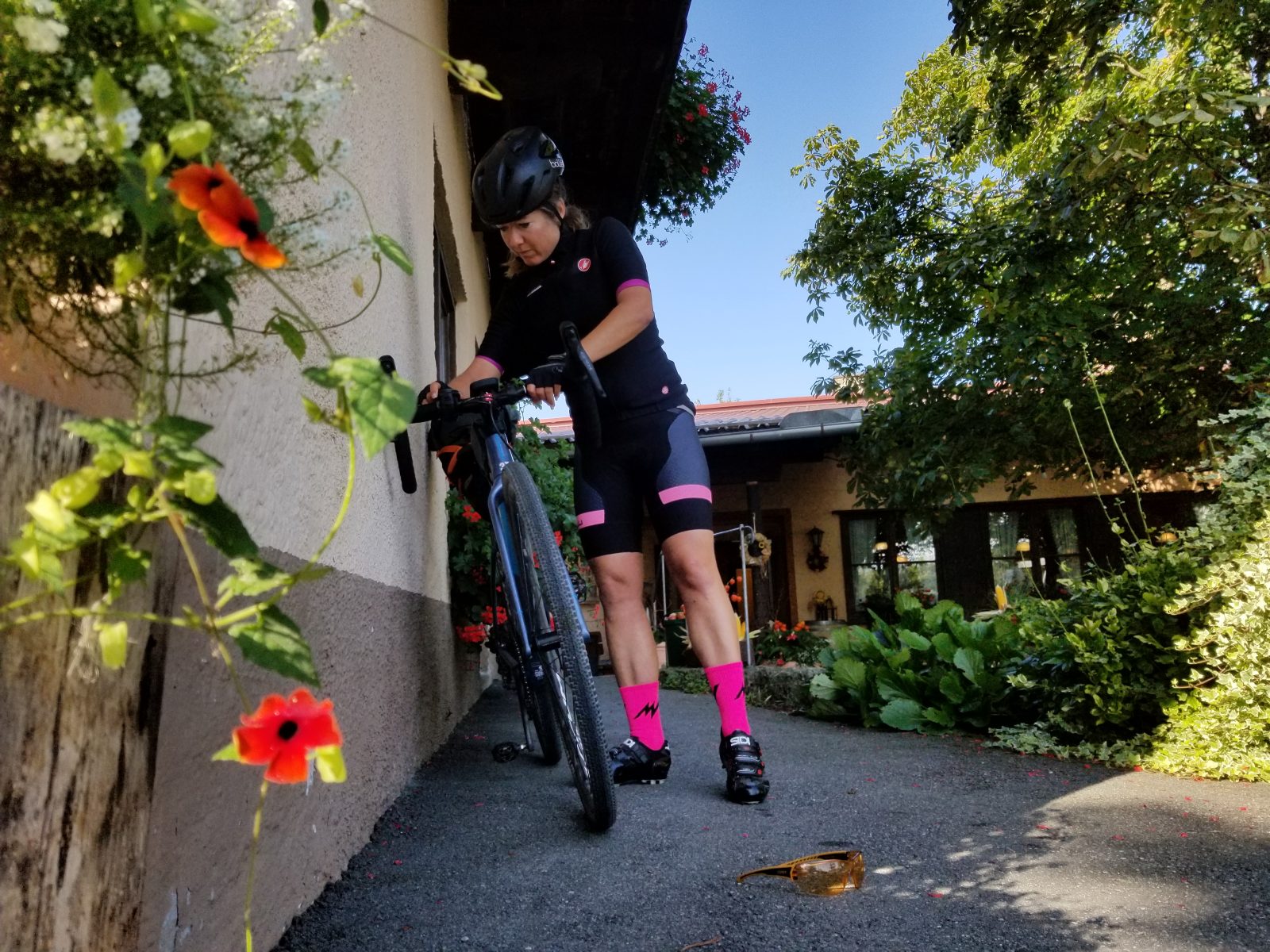 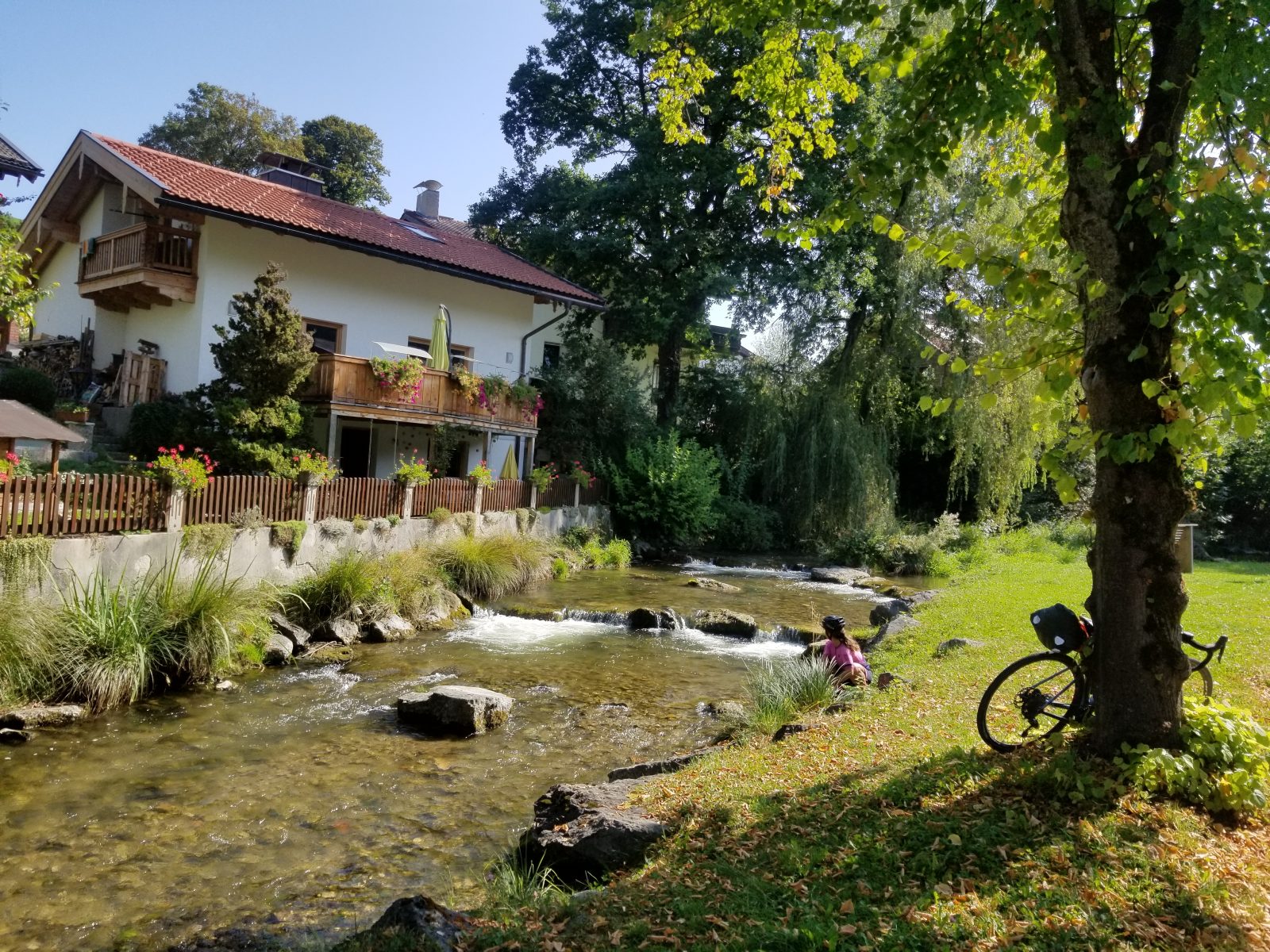 After an extensive breakfast we started into the foothills of the Alps. At the immediate edge of  the Alps people live mainly from two things: agriculture and tourism. In times of Corona  tourism is going through a hard time. Nevertheless many locals use the region for recreational  sports. The lakes there are real magnets for excursions. First we passed the beautiful  Schliersee and reached the foot of the Spitzingsattel. 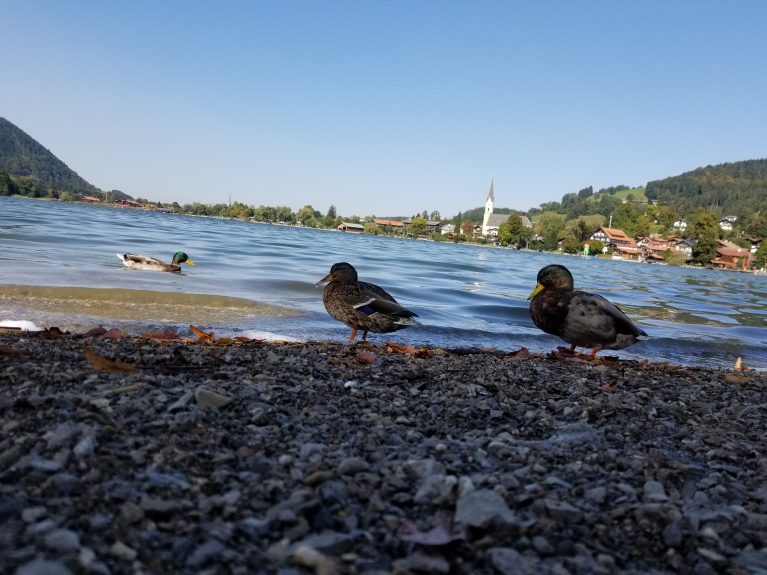 We drove up the mountain pass over the small pass road, which has a maximum gradient of  14%. Shortly behind the top is the Spitzingsee and the access to the Valepp. 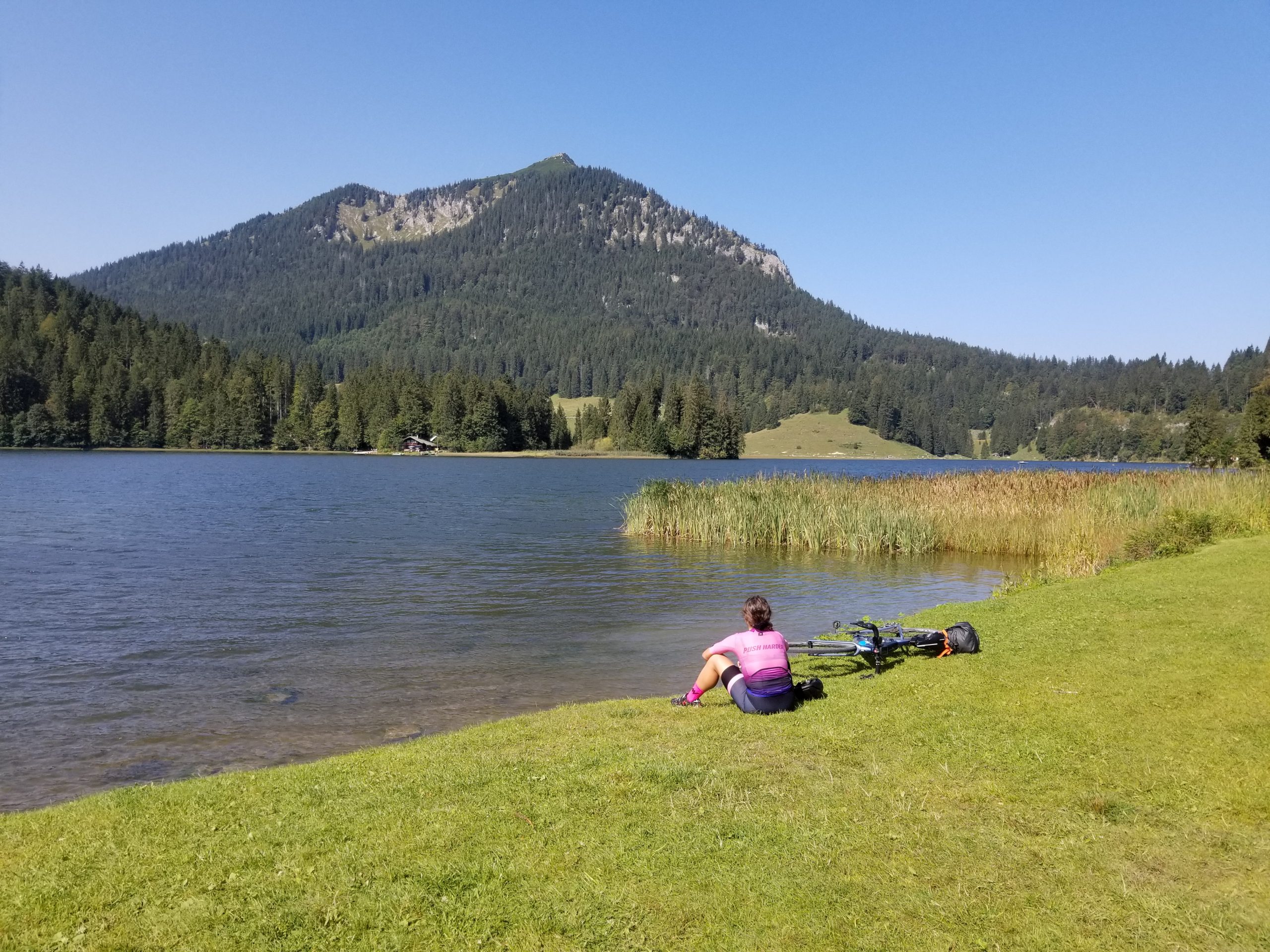 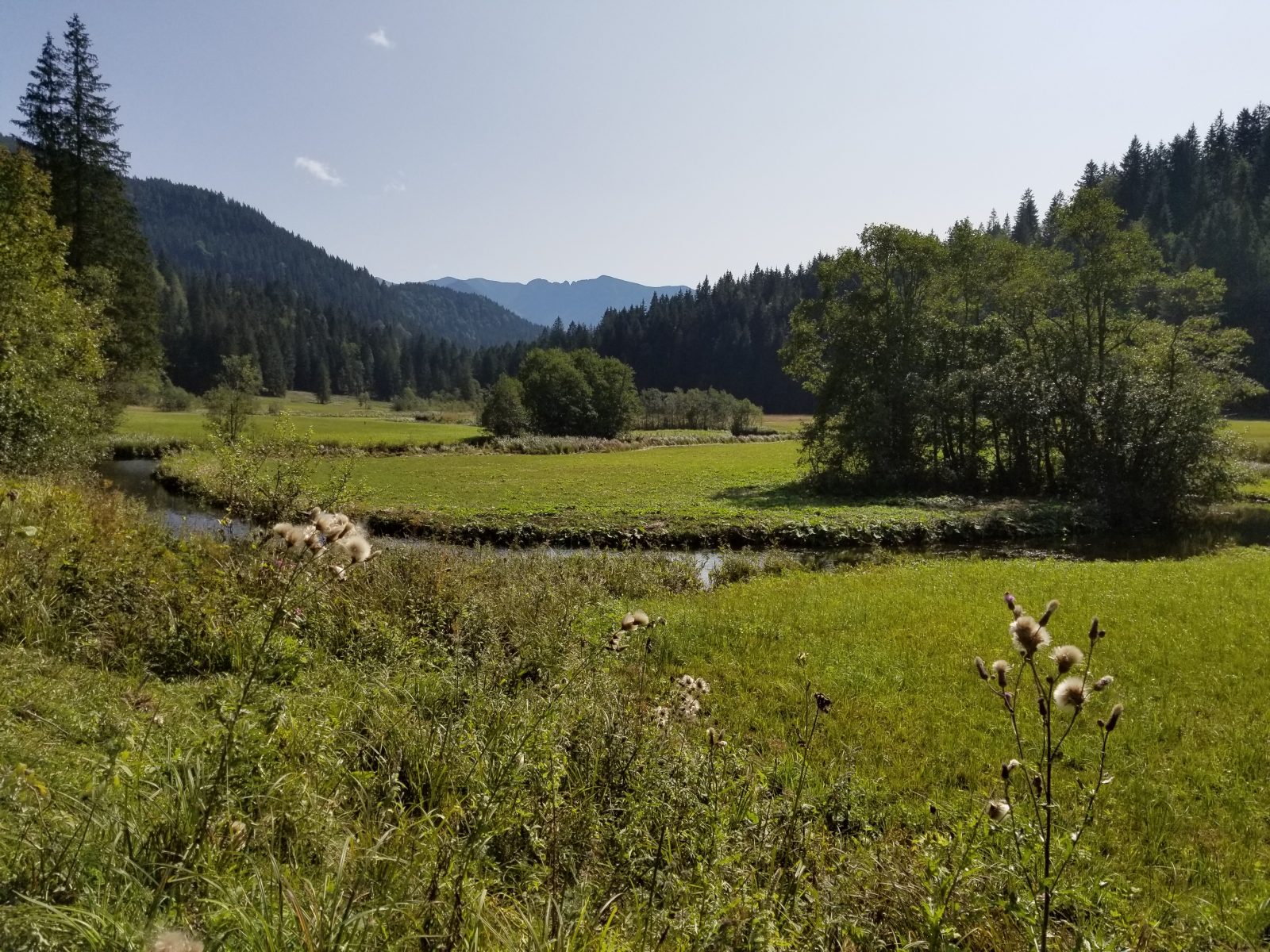 The Valepp is a mountain valley that is partly closed for cars and therefore has some very  lonely and beautiful sections for hikers and cyclists. 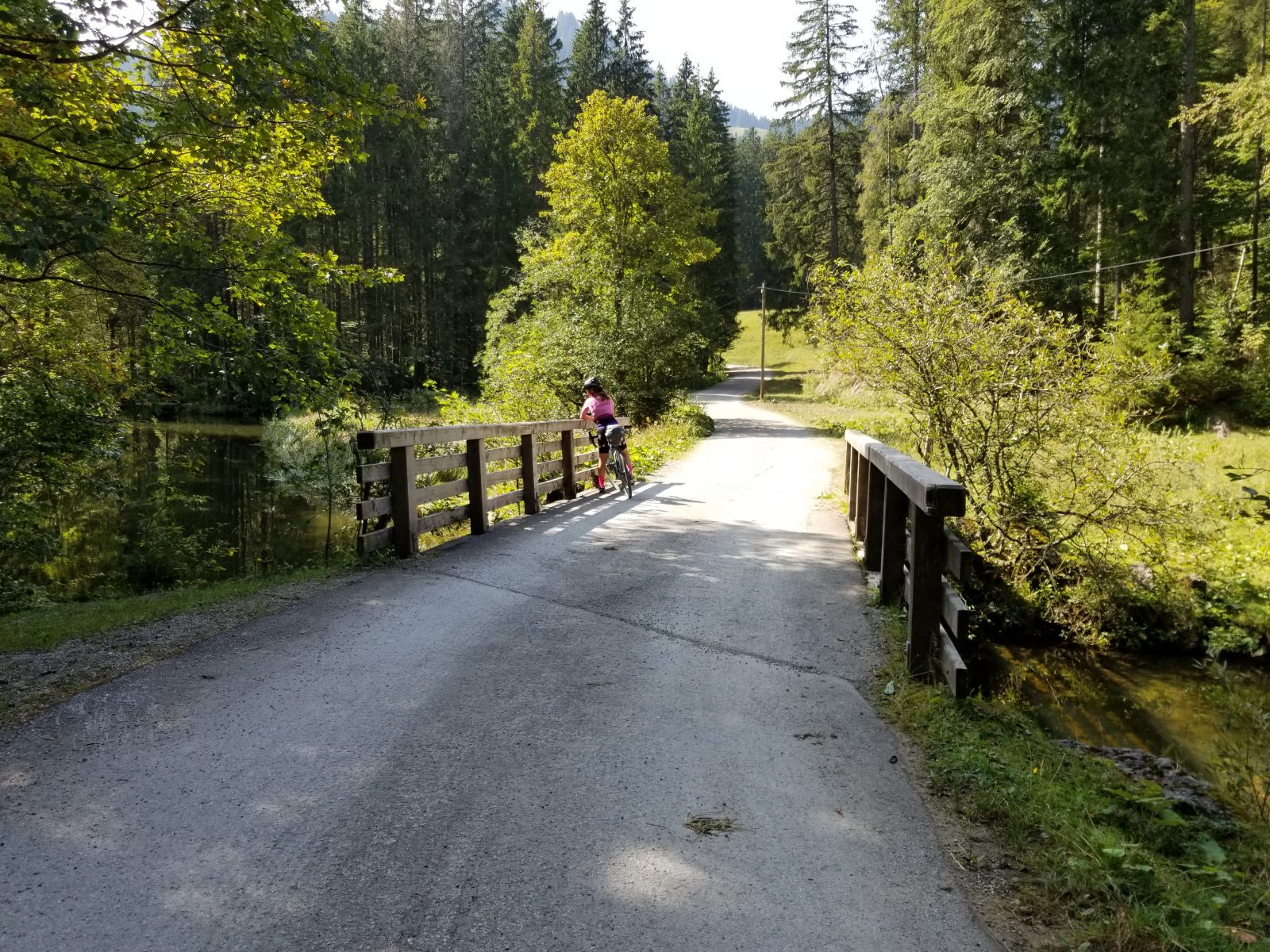 If you cross the valley, you will reach one of the most famous lakes, the Tegernsee. Lake  Tegernsee was formed in the last cold period by the erosive forces of the Inn Valley glacier,  whose former tongue basin later filled with water, giving the lake its characteristic elongated  shape. 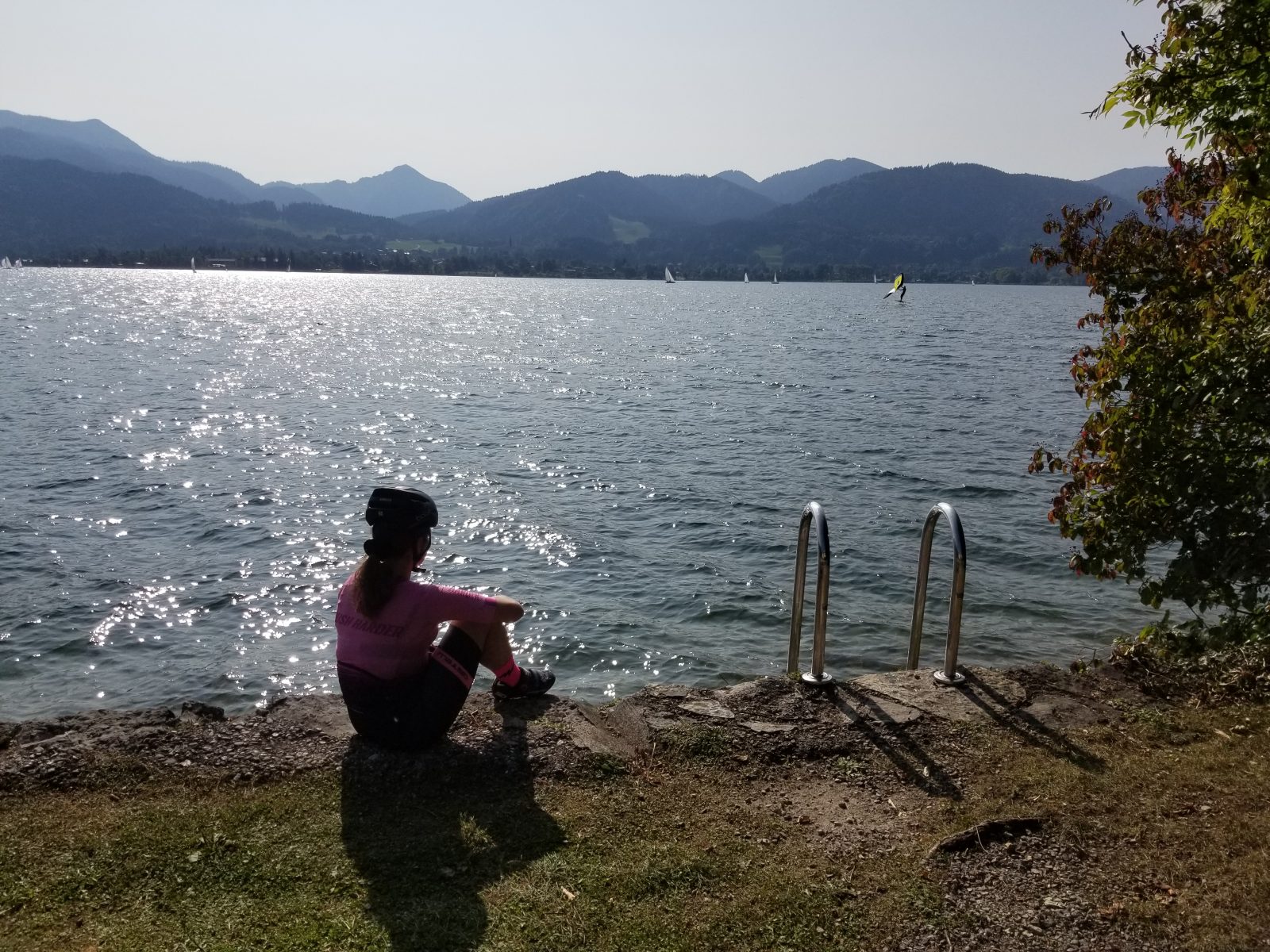 Every single one of the lakes invites you to sit on the shore and watch birds and water sports  enthusiasts. We had a break at the lakeside. By now it was afternoon and the days were  shorter, so we set out to pick up the pace a little. Now the route led away from the touristic  lakes and over small forest and field paths we went into more lonely areas. Shortly after  sunset we reach Weilheim. Here lives our friend Philipp, who is also a passionate racing cyclist. We got to know him at the famous alpine bike race, the Ötztaler Radmarathon. Just on  this day he had planned with his son Patrick to take his first ride over the alpine pass Kühtai.  Both arrived shortly before us. We spent a terrific evening. 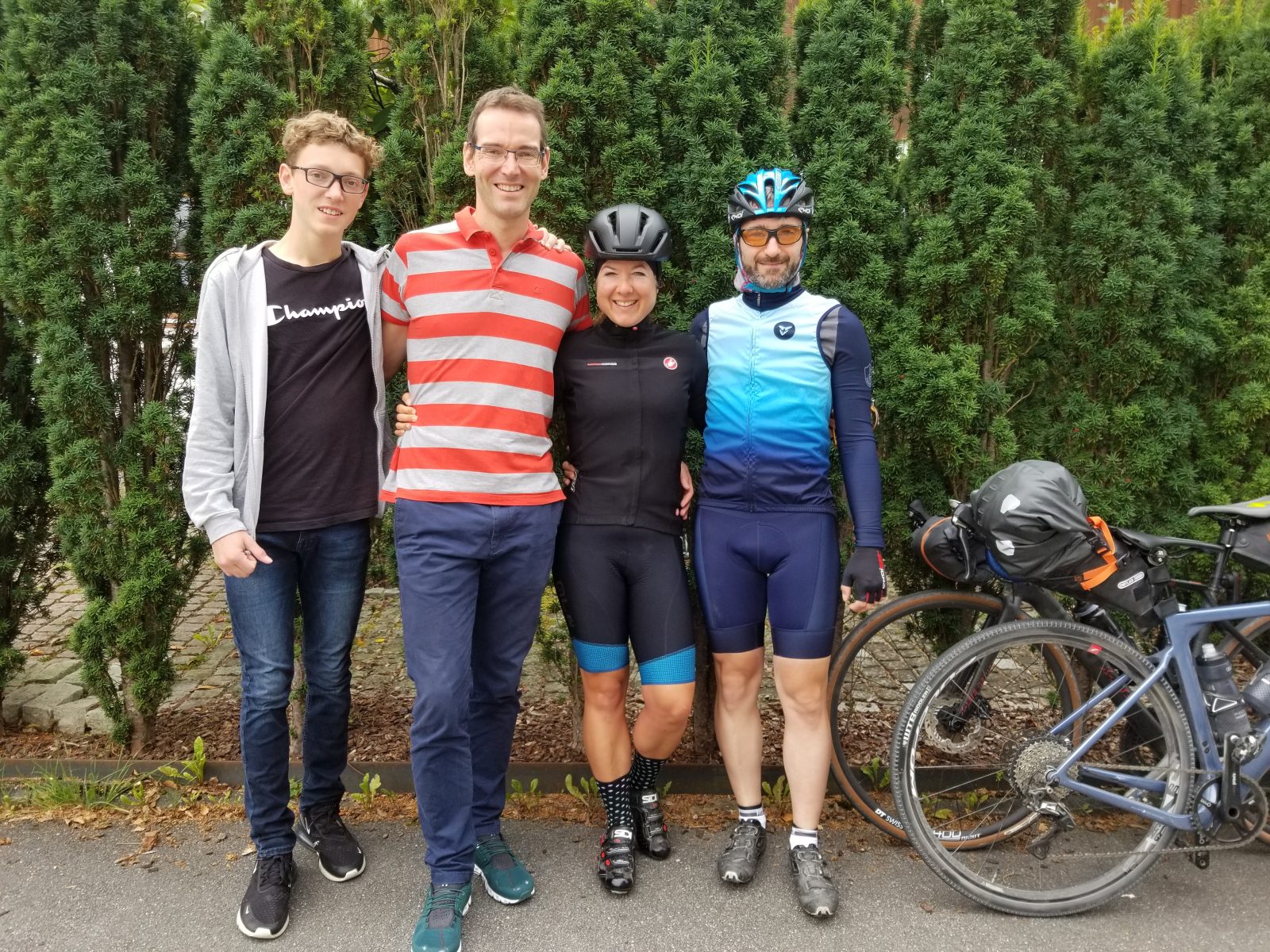 The next day brought thick fog in the early morning. This was not surprising, because our tour  now led through the so-called Five-Lake-Land, which includes not only five large lakes, but  also numerous over numerous nature reserves, moorlands and pasture land. The five  eponymous lakes are Ammersee, Starnberger See, Wörthsee, Pilsensee and Weßlinger See.  They were formed when the last glacier disappeared with global warming. In this region the  air is quite humid and especially in autumn extensive areas of fog form. 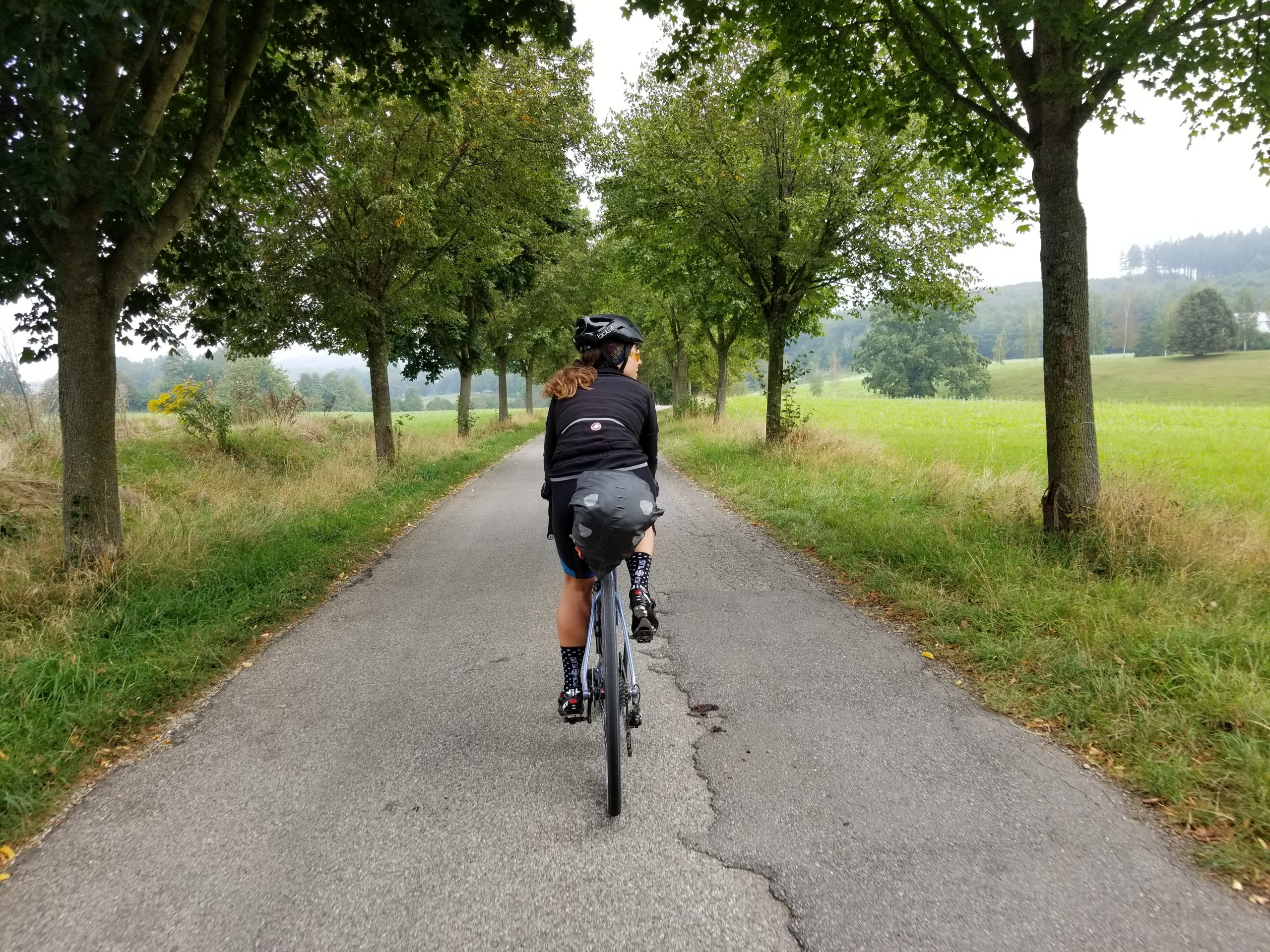 We took our time with breakfast and started when the fog fields began to dissolve. A very  hilly landscape awaited us, which was mainly caused by the erosion and deposits of the  glaciers of the last cold period. 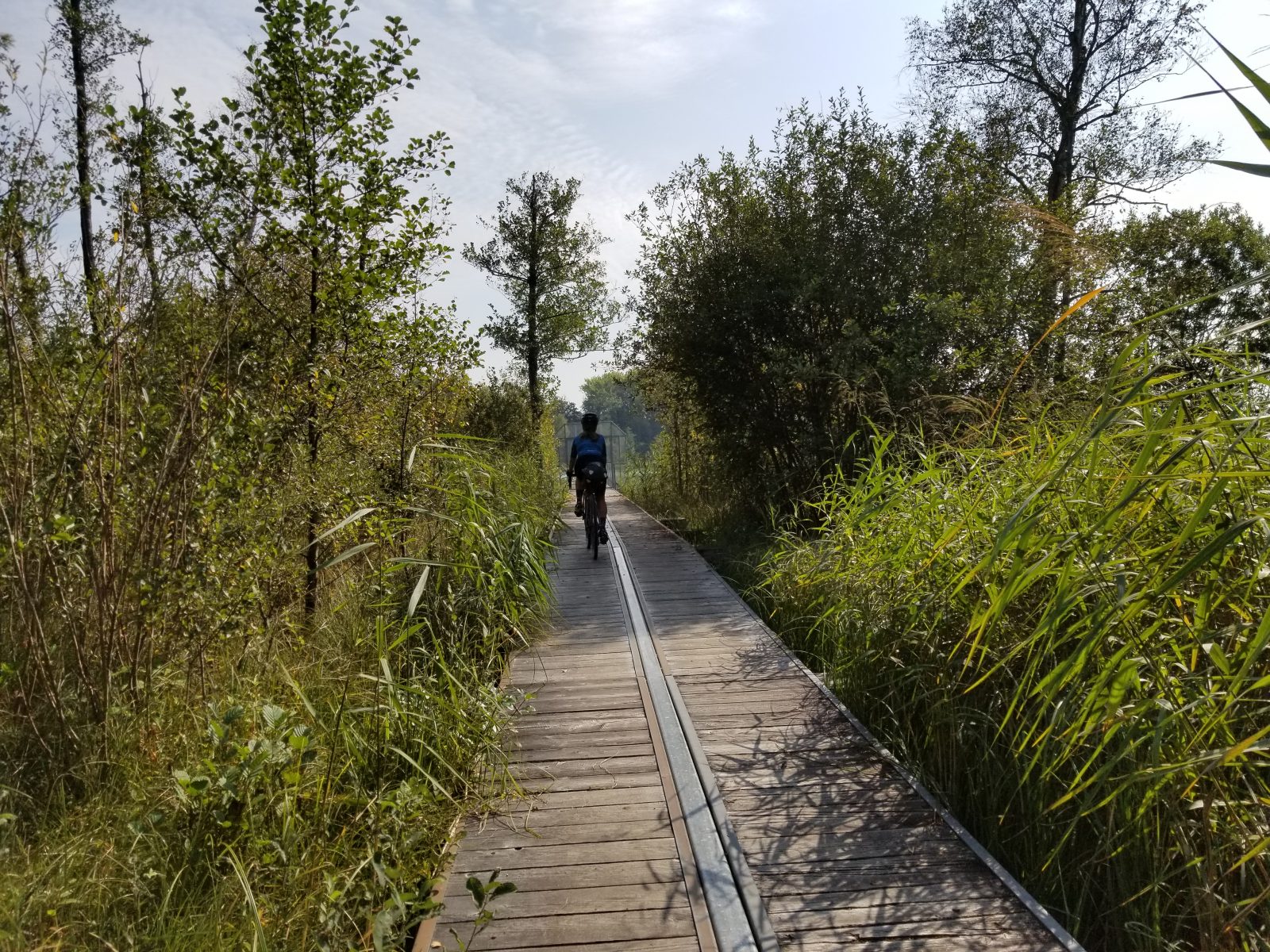 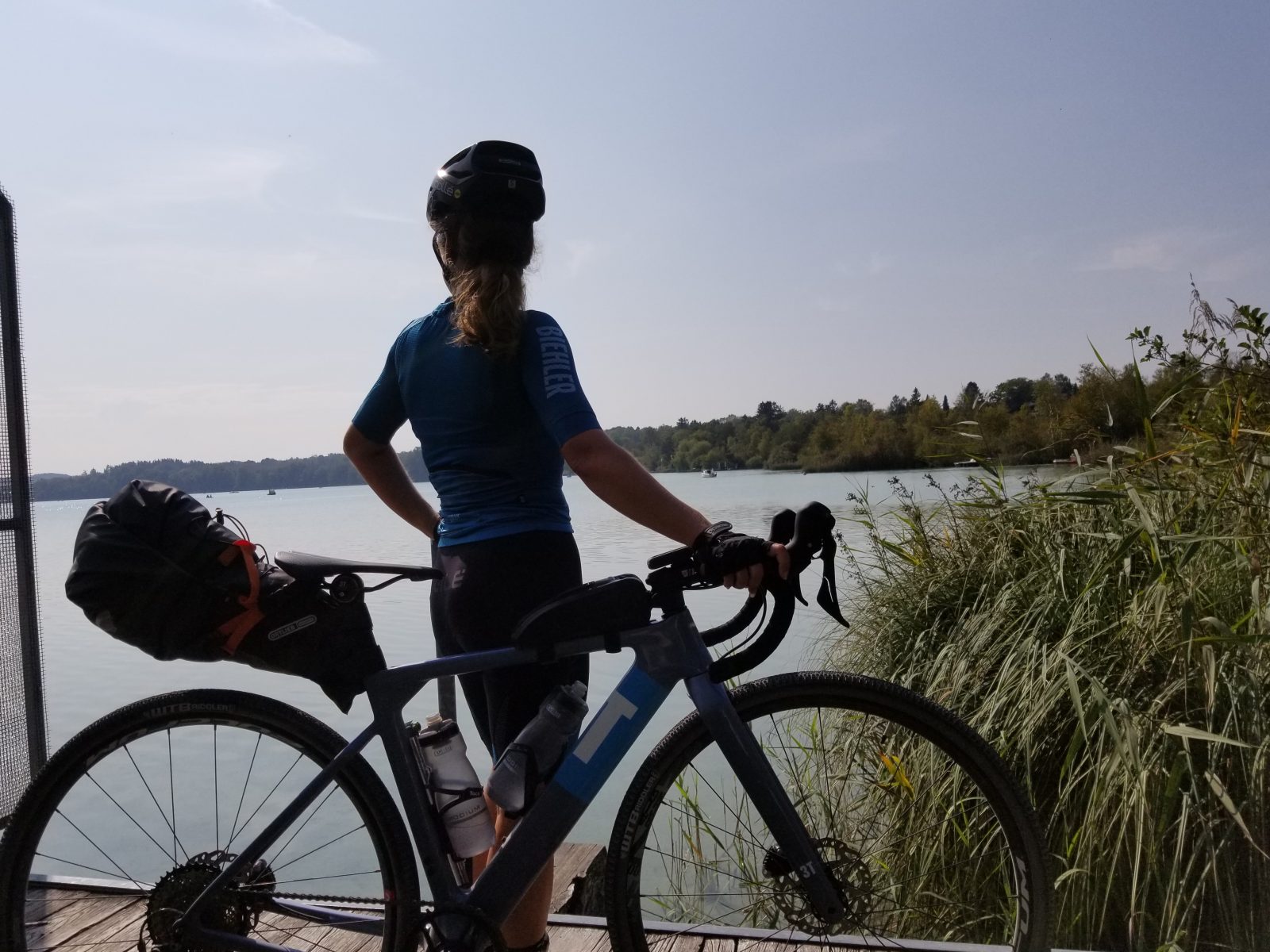 Nowadays, the moraine landscape alternates coniferous and deciduous forests with agricultural green spaces and fields. There are steep slopes and marked differences in altitude  between the lakes and the surrounding countryside. 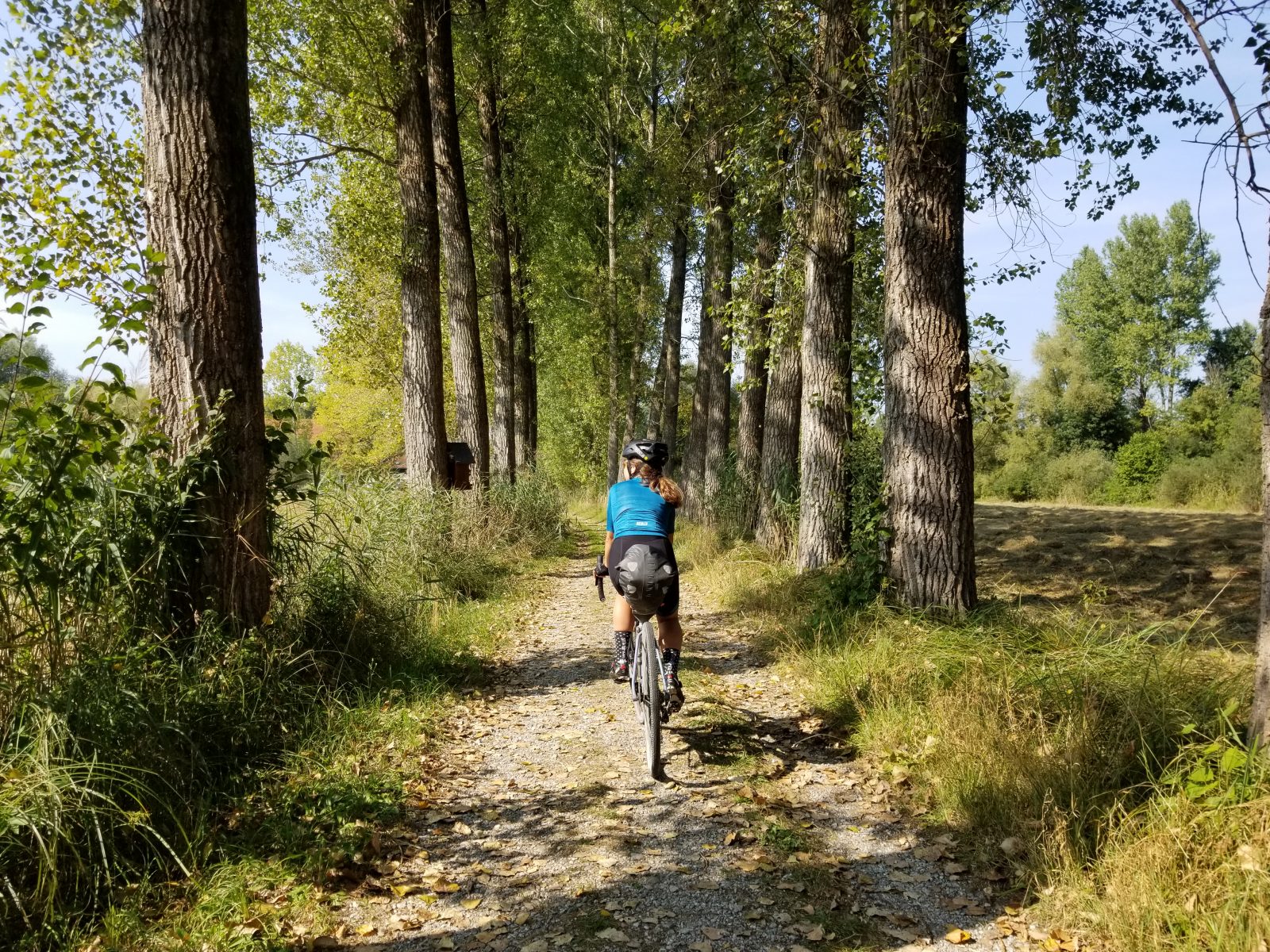 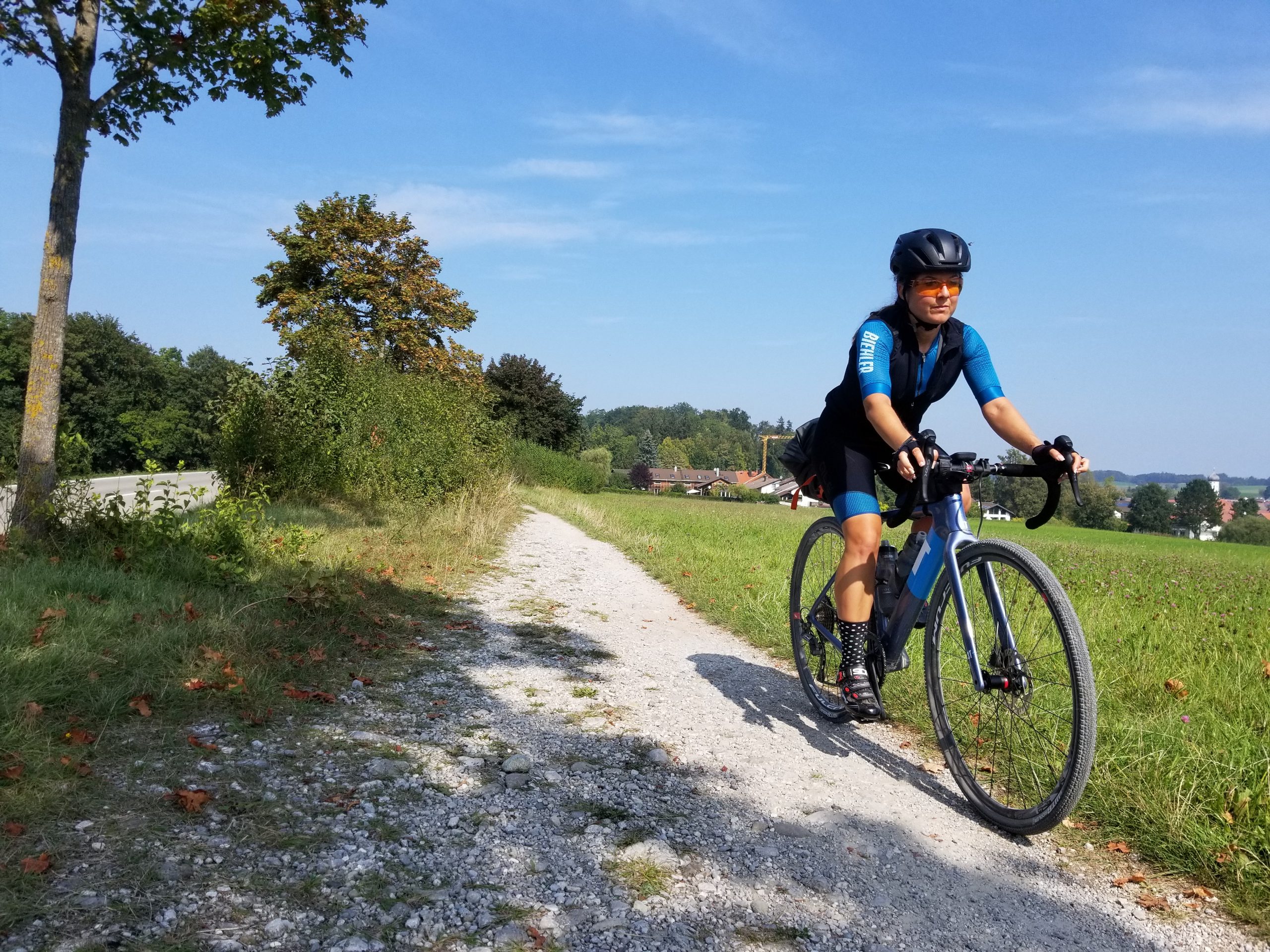 The famous Benedictine monastery Andechs is located on one of these hills. Due to the  corona situation, larger crowds of people had to be avoided and we quickly passed the larger  settlements and immersed ourselves in an extensive forest area. 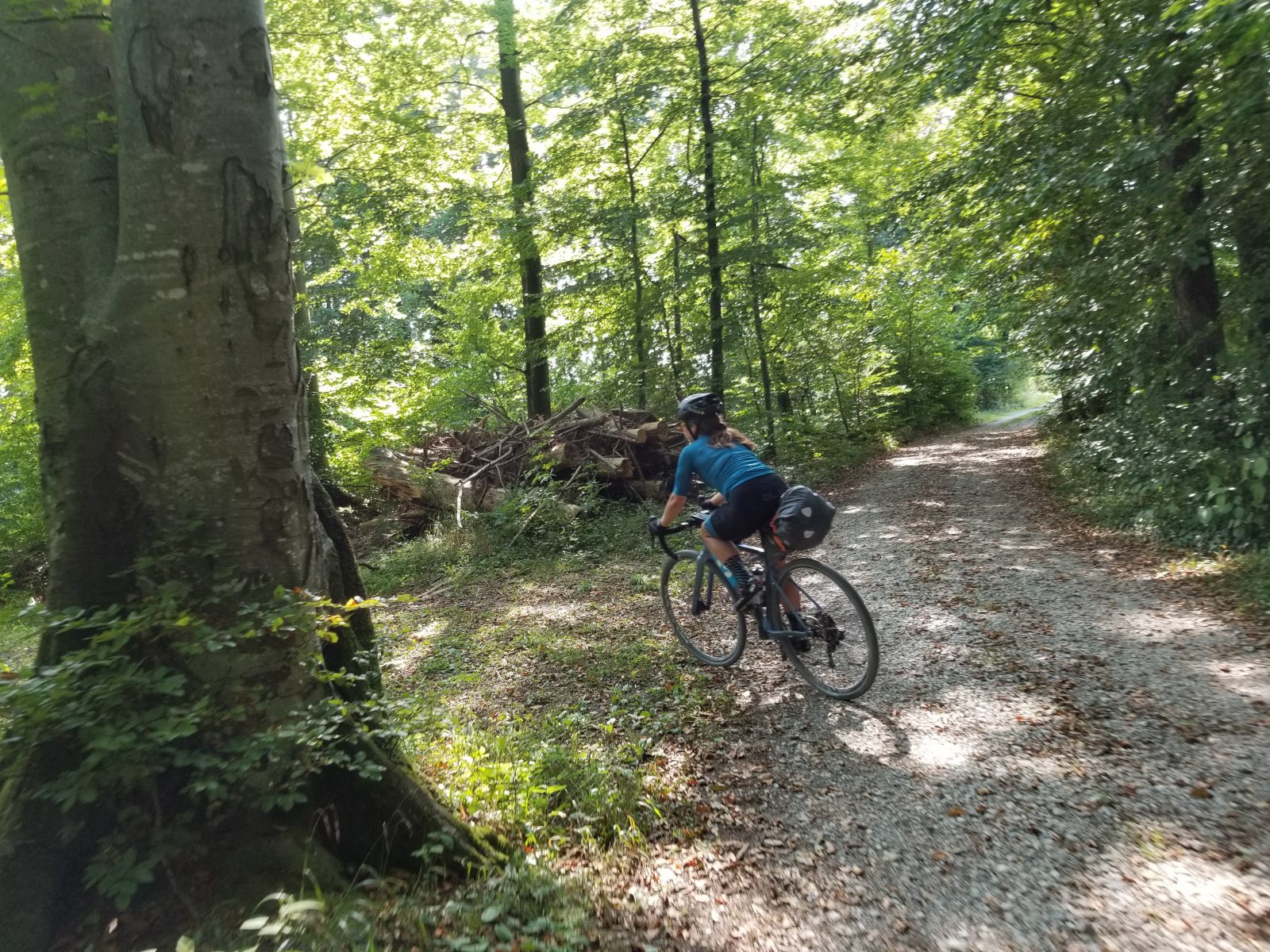 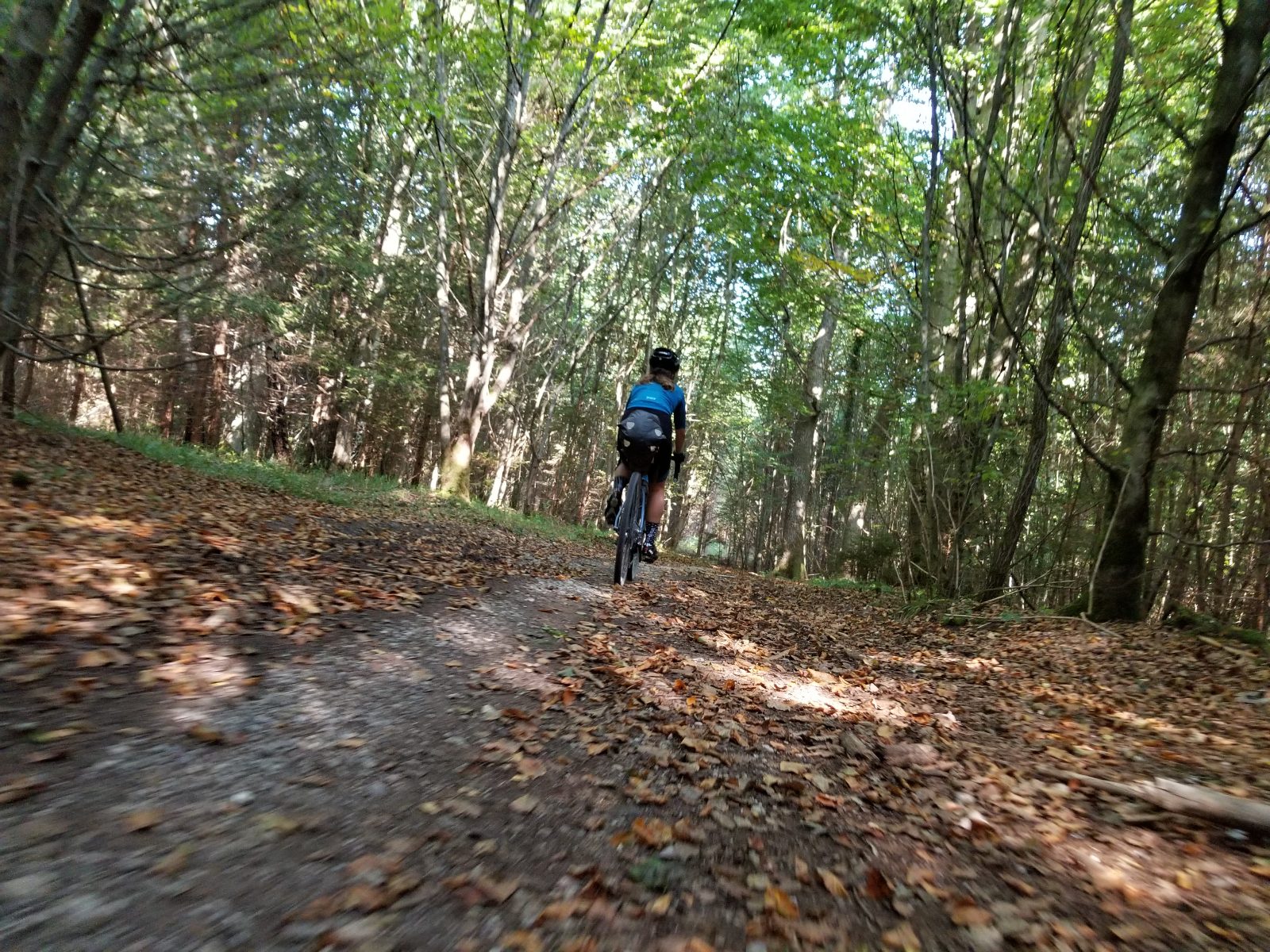 Our route led us just north of the river Amper north of Munich back to Freising. 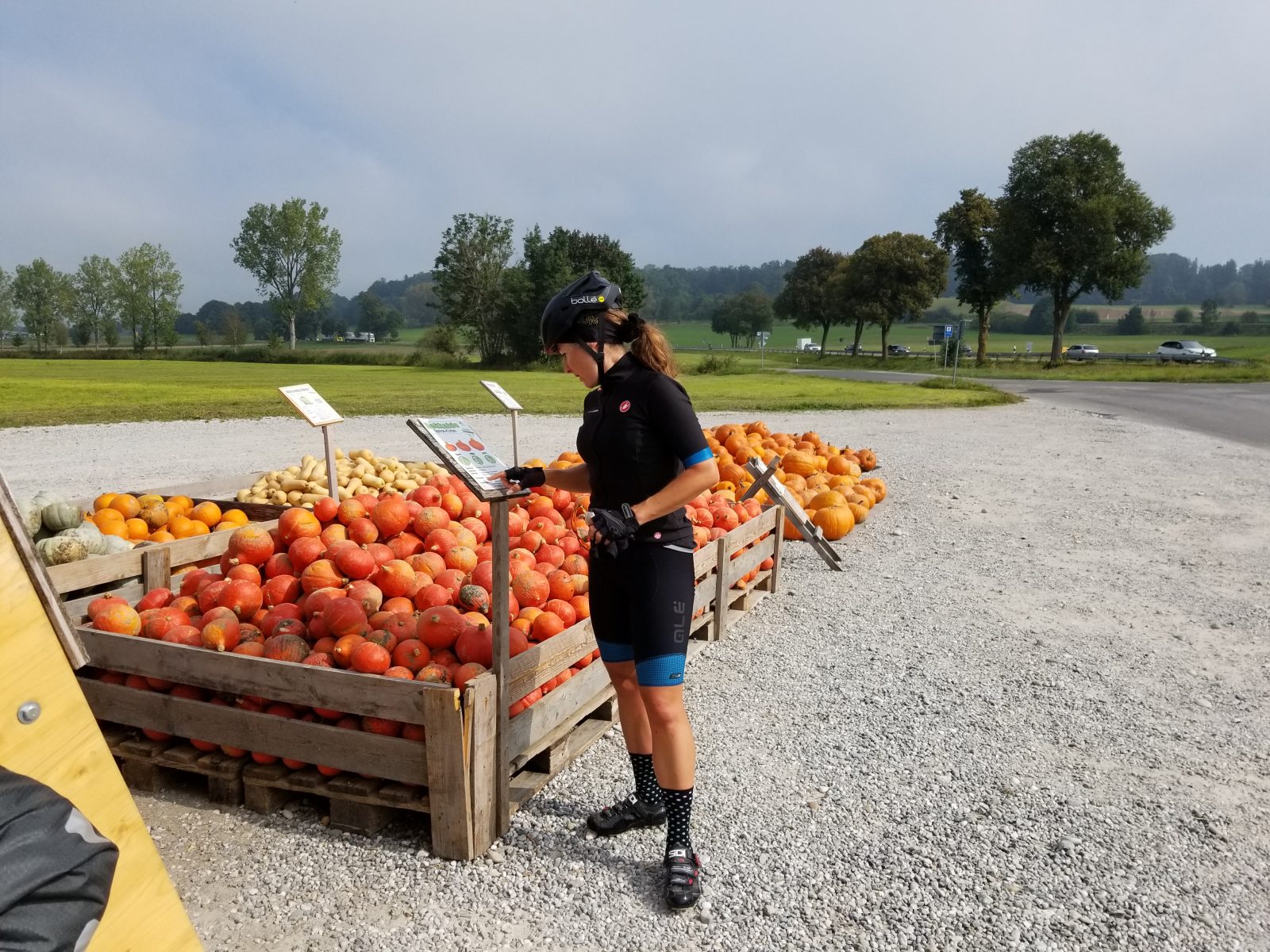 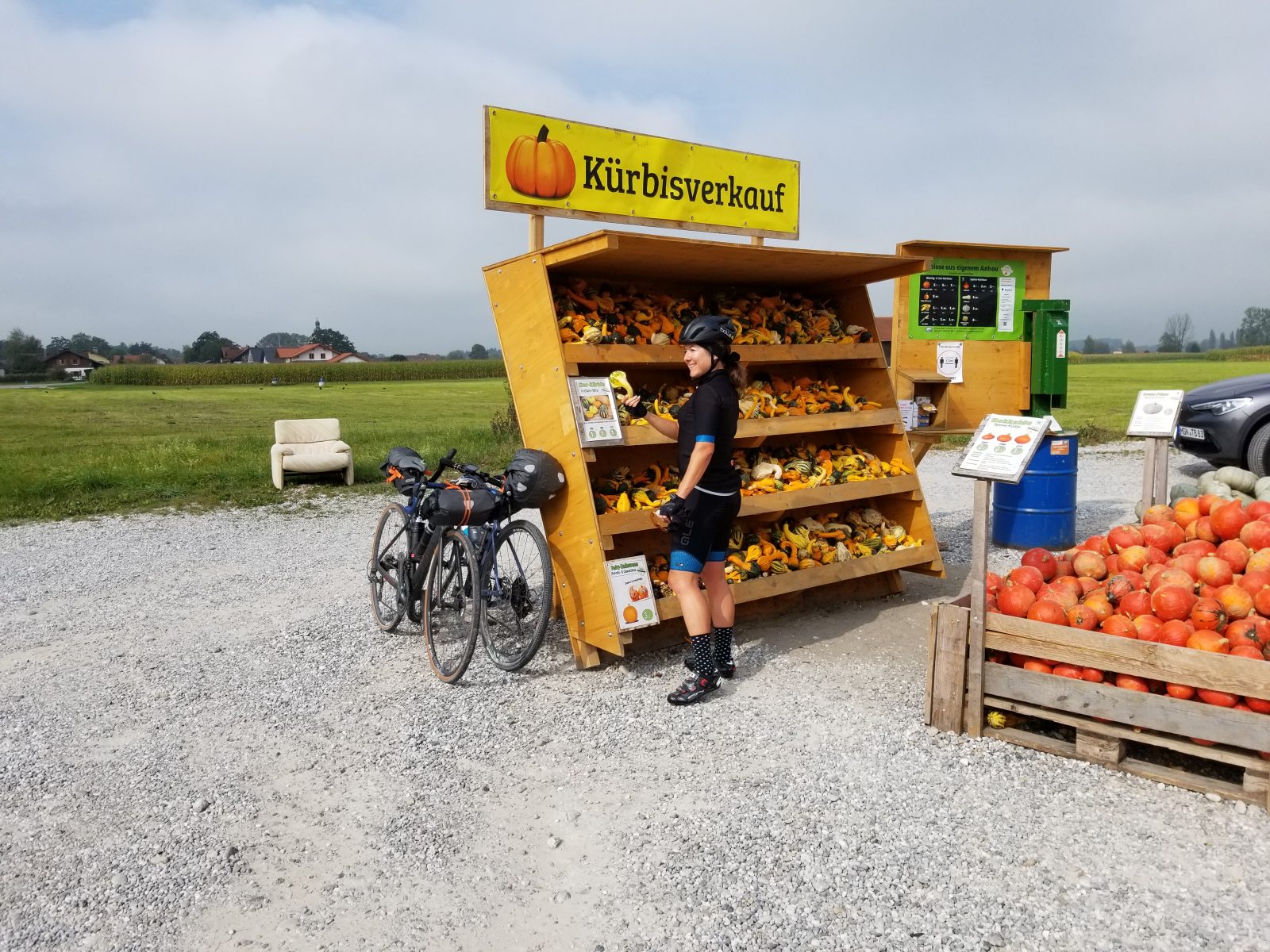 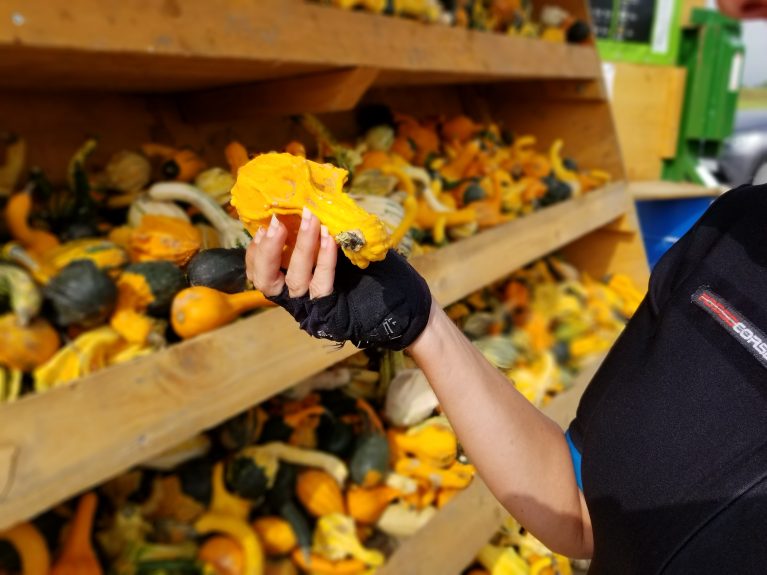 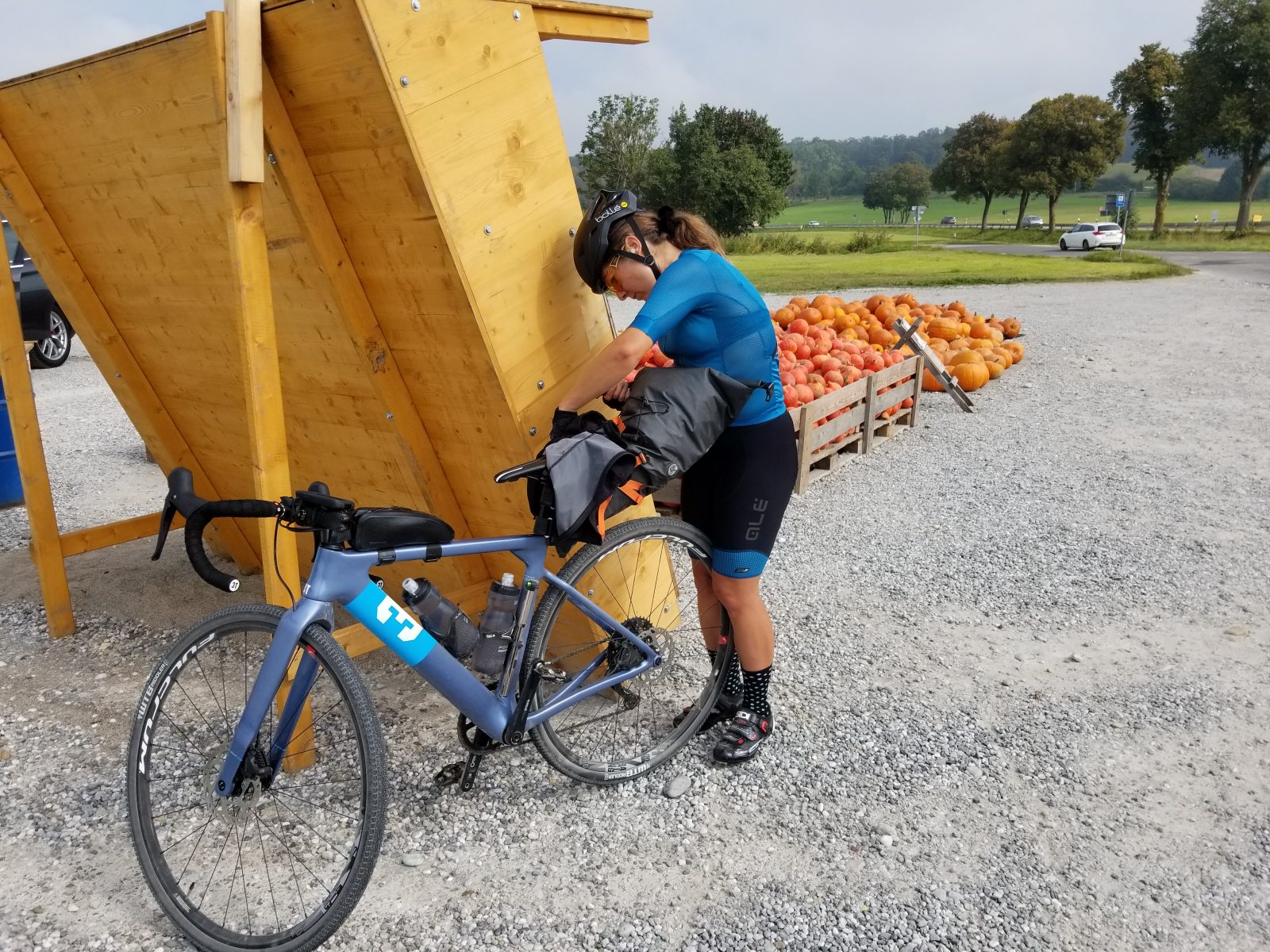 We stopped at one of the pumpkin stalls and I bought a small decorative pumpkin that just about fit into my saddlebag. 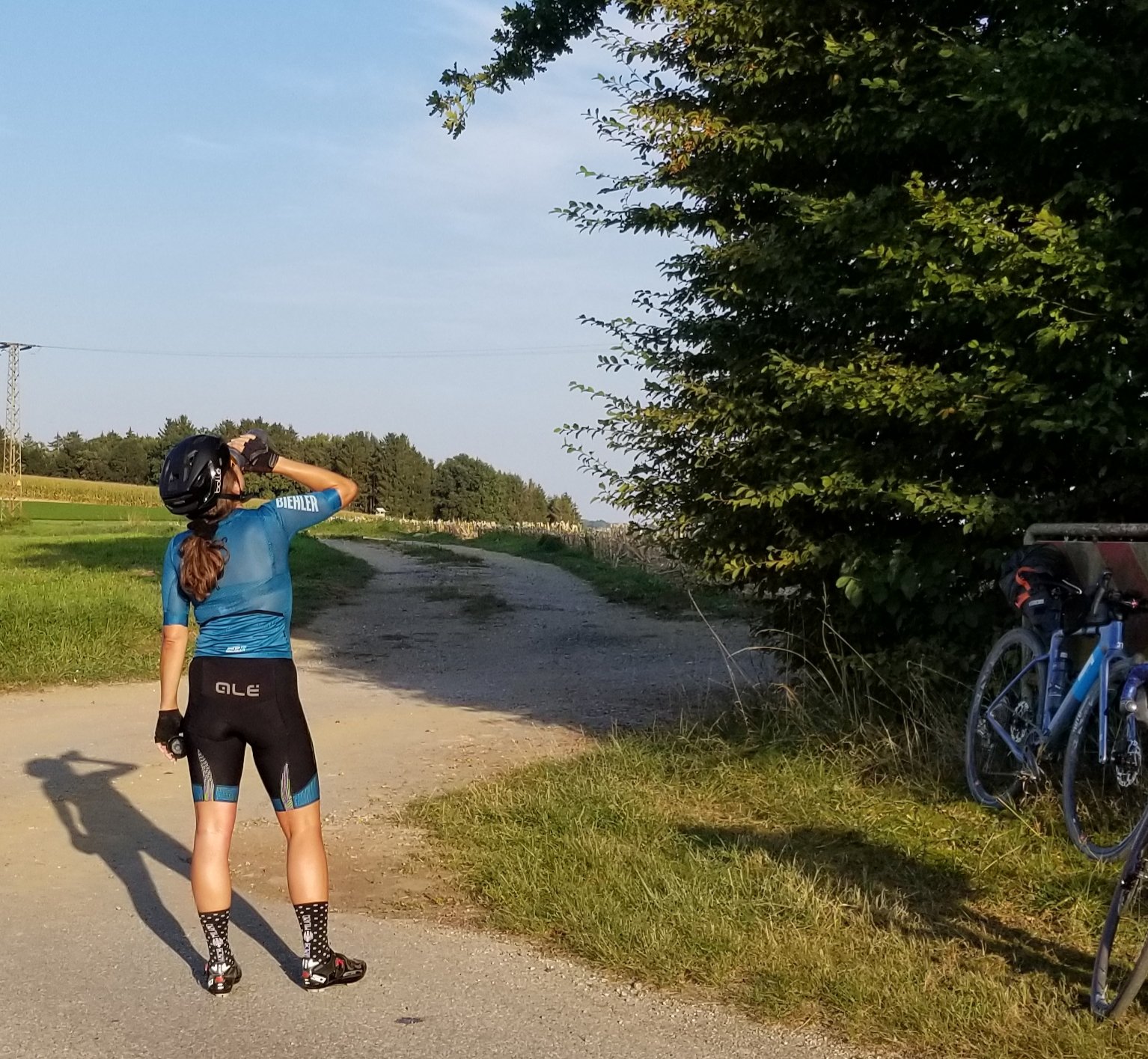 Meanwhile it had become warm and our water was running out. The last kilometers we were driven by thirst, but the autumnal landscape compensated a thousand times more. 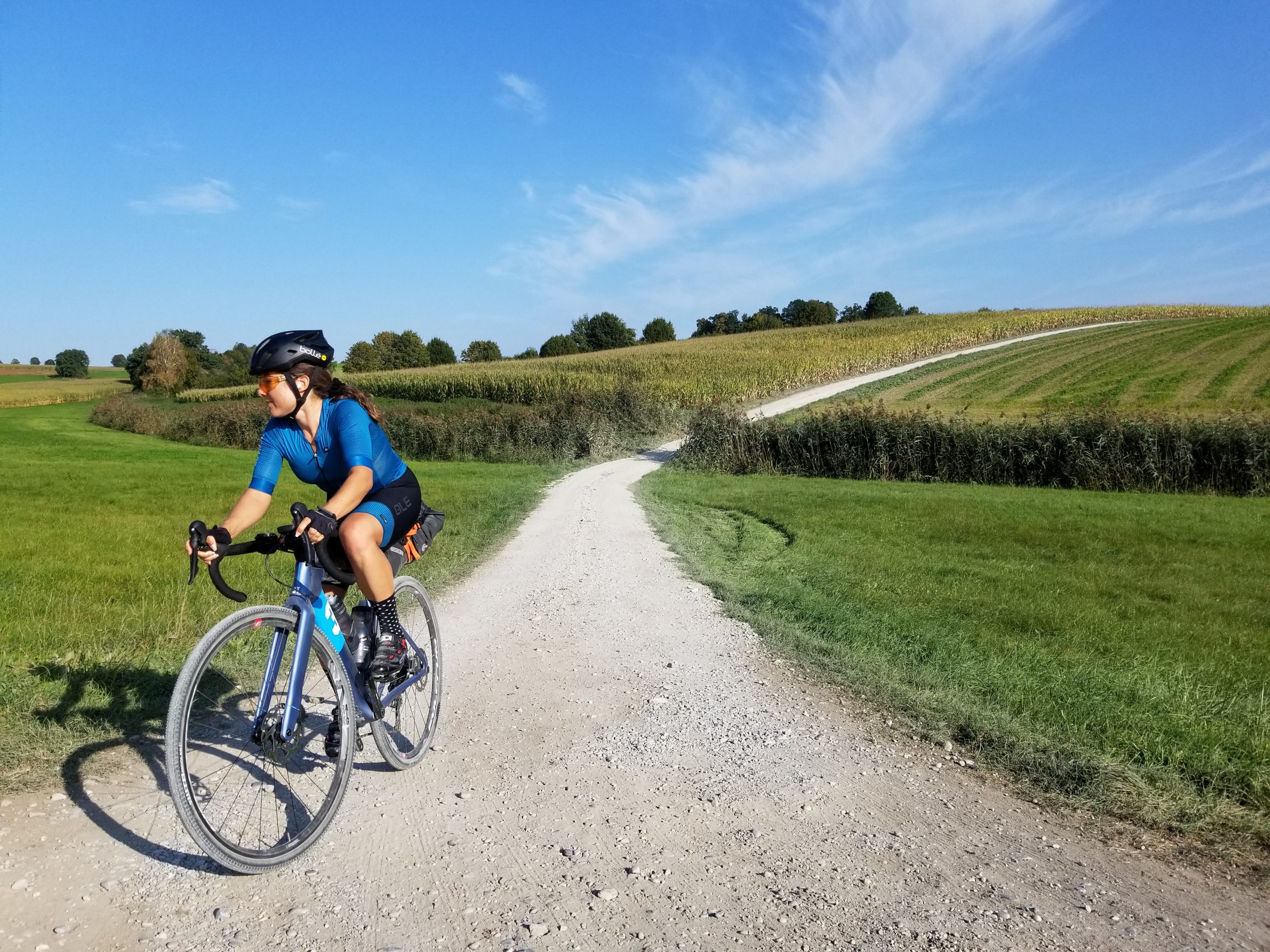 Finally we arrived at the starting point satisfied and happy.

◄ Previous Story Get Creative: RaceMax Edition
Next Story ► MY-XPDTN: The Festive 500 in a day
Cookies help us deliver our services. By using our services, you agree to our use of cookies.Got itLearn more
...