With over 75% of the course on gravel, single track or double track ATV roads, plus around 6000 ft of climbing, this was always going to be a type 2 fun kind of day.

At 7am, I lined up at the race start with 44 other women with the goal of completing the course as fast as I could whilst staying safe and having ‘fun’. As a former runner and now triathlete for Triathlon Australia, this was my first introduction to bike racing of any kind.

The start of the race was a blur of dust, wheels, stacks, and tunnels. Missing my usual swim start, I simply followed the wheels in front of me until the first climb where things started to separate. From the very start, any women near me said hello, and regularly were checking in on each other throughout the entire ride. The ‘every (wo)man for themselves’ was not an attitude held among my female competitors, and made for a very unique experience coming from short course triathlon. We were on a journey rather than in a race.

From about mile 20 to mile 100, there was a lot of sand, and plenty of solo time on double track wondering if I was going the right way. I was buoyed by a pair of women who I saw cheering on the side of the road at maybe 10 points throughout the course. I want to thank those overly enthusiastic folks who cheered madly for complete strangers all day long!

Closing in on mile 100, I came across another solo female. Like me, she works full time and together we took pulls into the wind along a false flat that was leading into the final 15 miles.

Those 15 miles consisted of a 2.5 mile climb at an average of 7% on sand, followed by a technical descent and rocky and exhausting single track that would terrorize both amateurs and pros alike. 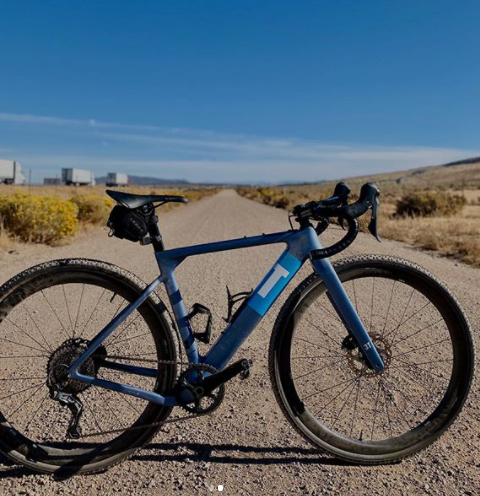 These miles were some of the toughest I’ve done, and every minute I thanked Alexey (my boyfriend and eventual 3rd place) for putting some chunky 42mm tires on my bike. This section wouldn’t have been completed without them, peers, spectators and aid station workers.

As I rounded the final 4 miles, I had an immense sense of accomplishment and appreciation for every person on that course, as well as respect for those who would finish before and after me.

With a few days after the race to reflect and write this, I think my biggest take away was the admiration of the tough-ass women who finished that race. In a hugely male dominated sport, that start line was intimidating and the course daunting. Every single woman I met was supporting one another and ensured that their fellow riders were in a good mental and physical place. It was a pleasure to ride among those 44 women, and I am grateful for them for making my first experience at bike racing a positive one. I hope that in races to come (yes I suppose I’ll keep racing my bike now!), I can stay involved with the spirit of inclusion, and that this great sport continues on a path of diversity.

What a day. 200km of deep sand, climbs, rocks and single track. Happy I did it…. but I can’t saying I am going to do that again any time soon 😂. The day can be distilled down to three things: 1. @alexeyvermeulen came 3rd in the dam thing! I’m in awe. I hit my goal of sub 8 hours. 2. I ate like Michael in the episode of the office where he did a 5k. 3. In my darkest moments, I will in fact drink coke. Who knew. #lululemon #thesweatlife #lululemonambassador @lululemon @belgianwaffleride

As I look forward to next year, I hope to race the remaining of the Belgium Waffle Rides in California and North Carolina intertwined with a *hopefully* more normal ITU Schedule.