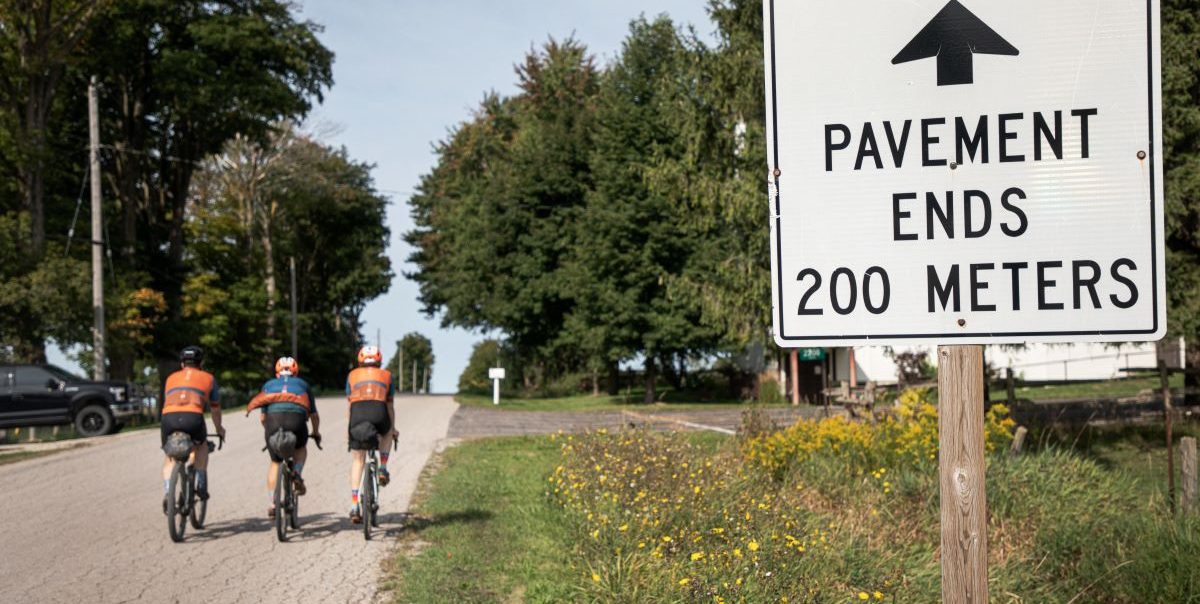 The ride started like any other, checking everyone else’s gear ” What pressure do you have in there?”, making sure that we didn’t forget anything ” Hey, you think this is enough snacks for the whole trip”? This time though the ride was going to be a little bit longer than our Saturday morning world championships with the regular crew.

It would be two of us from the 3T office in Toronto plus a local ambassador riding on this trip. We were taking on the Grand Nith Ramble bikepacking route put together by Matt Kadey.  With such an odd Spring and Summer, Scott, Geoff and I were all coming at this with different levels of fitness but with equal commitment to make it all the way around. And of course, with Scott, who heads up the customer service and tech support efforts here in North America, we were even more confident that he’d be able to do whatever roadside repairs were necessary for us to finish this trip off.

The Grand Nith Ramble  (AKA the GNR ) is a 350km route around southwestern Ontario. Starting and finishing in St. Jacob’s, which is home to the largest year-round farmers market in Canada and a significant Mennonite community as well.

Day 1 would take us from the North-East corner, down to the South-Eastern tip of the route in Hamilton. A longer ride on the first day would click off a bunch of kilometers and give us the flexibility to do a little more exploring during the more picturesque parts of the route.  With 140km and just over 1000m of climbing, we had a very solid day in the saddle ahead of us.

The first day followed the Grand River on a series of bike paths and rough single track sections through the towns of Waterloo and Cambridge.

Past those two towns, you come into an incredibly fun section of flowy singletrack in the Puslinch Tract Conservation area. Even laden down with bikepacking gear, riding in and out between the trees gave us a welcome mental respite for the roads ahead.

Leaving Puslinch the route shoots you down to the Dundas and Hamilton areas. You can take the official route, which involves some bushwhacking and ATV trail. Or do as we did and take the tarmac down to Dundas so we would have some time to ride around in the trails of the Dundas Valley Conservation Area.

In Dundas, the GNR route turns west towards Brantford, but we continued east towards the Hamilton harbor for a date with a  well in earned beer and our AirBnB reservation for the night. If you’re camping, the Dundas area has many great options and keeps you a little bit closer to the route for your start on Day 2.

Our second day was not a gentle start for our legs. With about half the 1156m of elevation coming in the first 20km, there was no easing into the ride on Day 2. We had 154km on tap and those first kilometers were slow-moving ones. But the scenery was unmatched as we jumped between single and doubletrack through the forest. Between the trees, we could stop and get a glimpse of the waterfalls the Dundas region is known for.  After leaving Dundas we hopped on the Brantford rail trail.  We were making our way west on a pilgrimage to the home of one of Canada’s most famous sons, Wayne Gretzky. The rail trail let us tick off kilometers quickly and make good progress towards both lunch and the day’s final destination in New Hamburg.

Coming into Paris, Ontario for our scheduled lunch stop we were met with throngs of people walking the streets of this quaint little town. It felt and sounded as though half of Toronto had escaped the big city. The Paris Bakery is the go-to spot for if you’re looking for coffee and a bite to eat. With rain and cool temperatures being the main feature of the day’s weather these warm pastries were just what we needed as we huddled under the overhang of a for lease storefront. 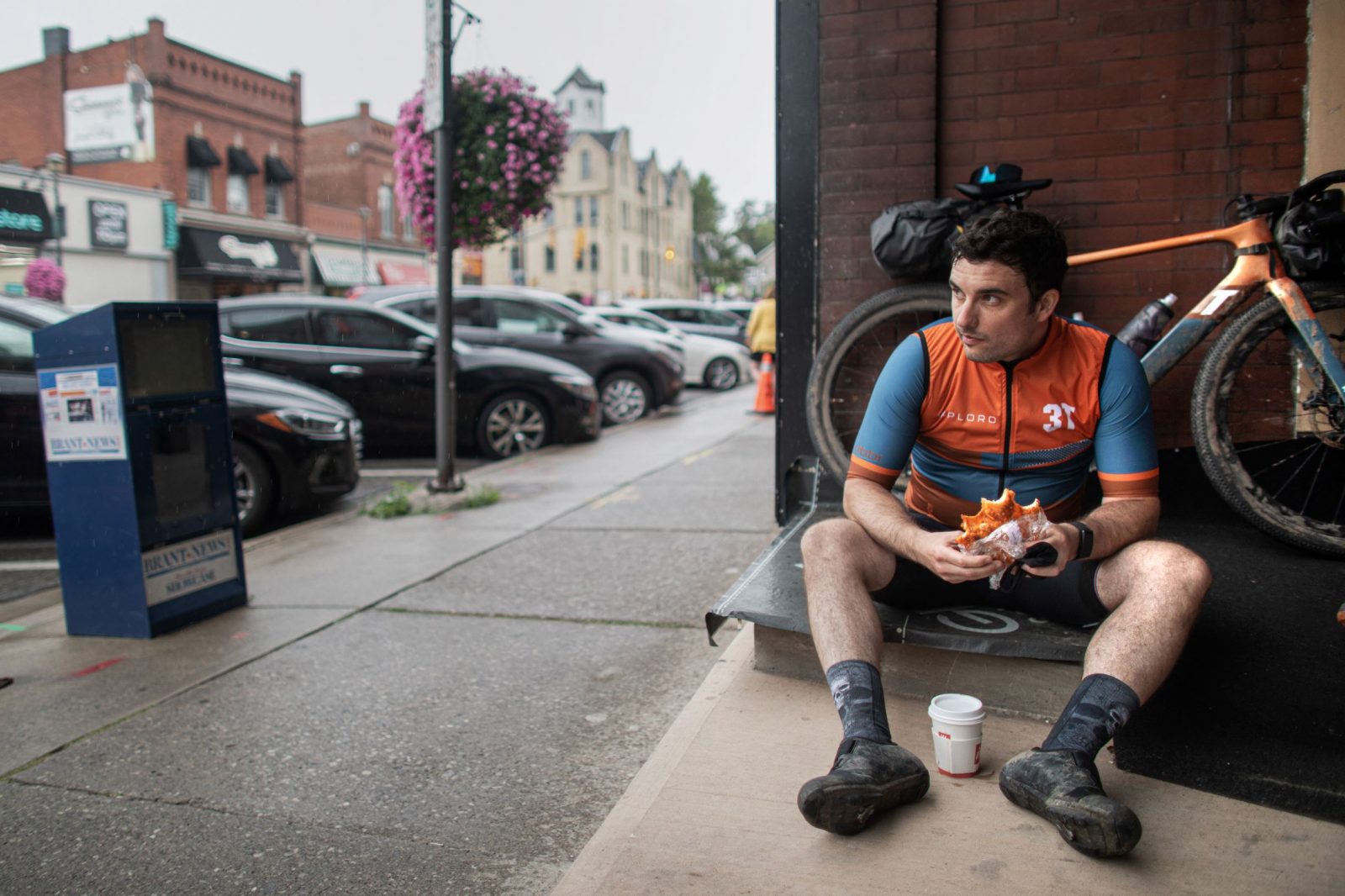 North of Paris, you emerge through a cornfield and turn onto endless dirt roads that for my money rival those of any of the big gravel races. Miles and miles of rolling terrain were laid out in front of us. It’s the kind of terrain you imagine yourself riding through when you get your first gravel bike and it was certainly freeing to be so far away from any motorized vehicles.

We rolled into New Hamburg just as the sun was setting. And it couldn’t have come at a better time because certain members of the group had reached the stage of bonking where you go completely non-verbal. Unfortunately, New Hamburg is one of those places where everything closes real early on the weekend. But somehow when you’ve done around 300km in the last two days, there’s really nothing better than slamming a couple of extra-large takeout pizzas and trying to stream the NBA playoffs before bed.

Day 3 was the shortest and least technical of the GNR. It was less under-biked mountain biking and more gravel grinding through Ontario’s Mennonite country. The terrain in this section of the route is rolling the entire time with mostly gentle climbs. Navigation is easy and the views are gorgeous, if you’re there on a Sunday you’ll see the horses and buggies driving home after church. It’s a world away from the big skyscrapers and loud cars of our regular day-to-day lives. 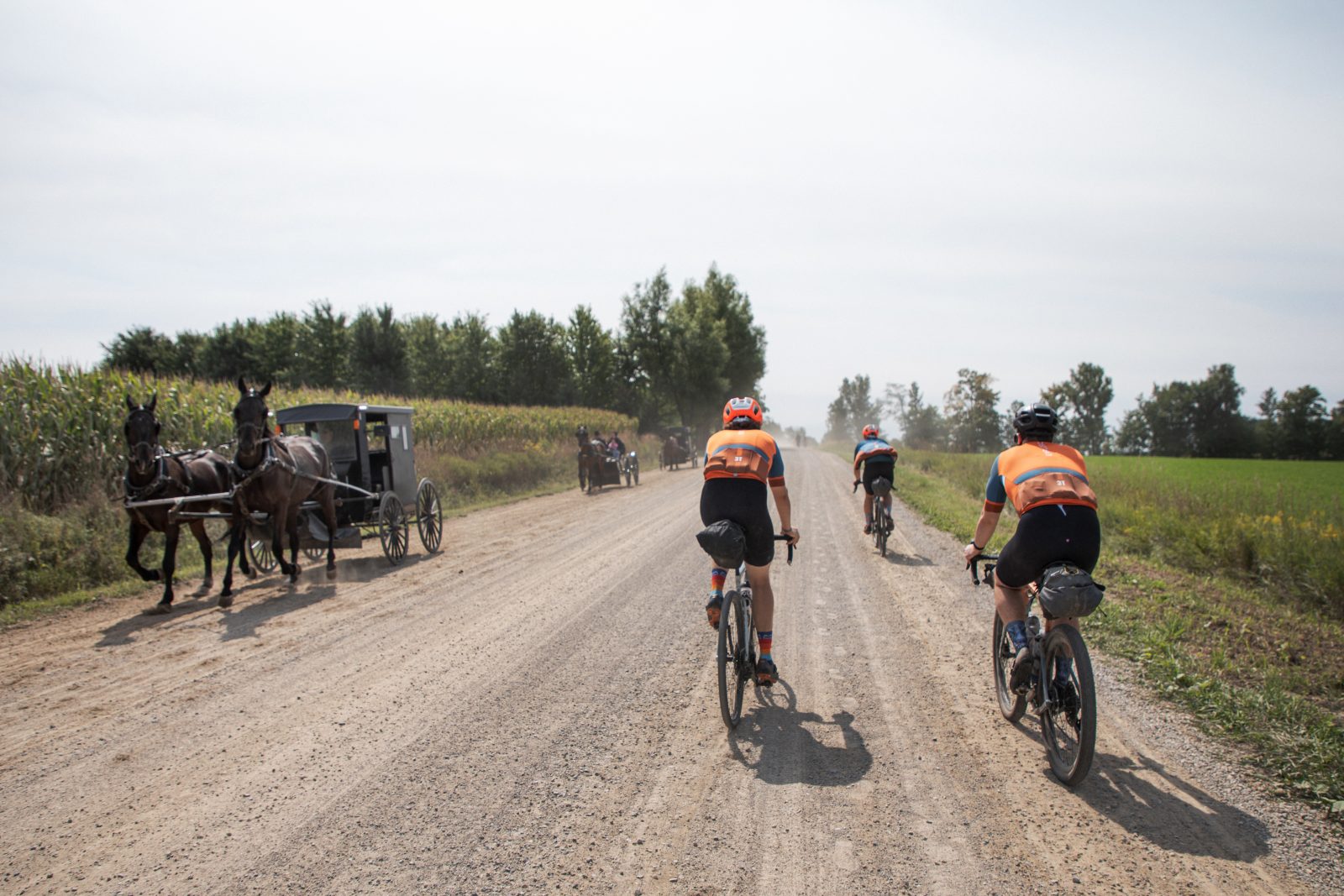 There’s an element of riding back in time on the GNR. Not just because you’ll see people riding on a horse and buggy, but you pass infrastructure that’s long been neglected and retaken by nature. Roads that have been long closed and bridges that are in various states of disrepair dot this section of the route. 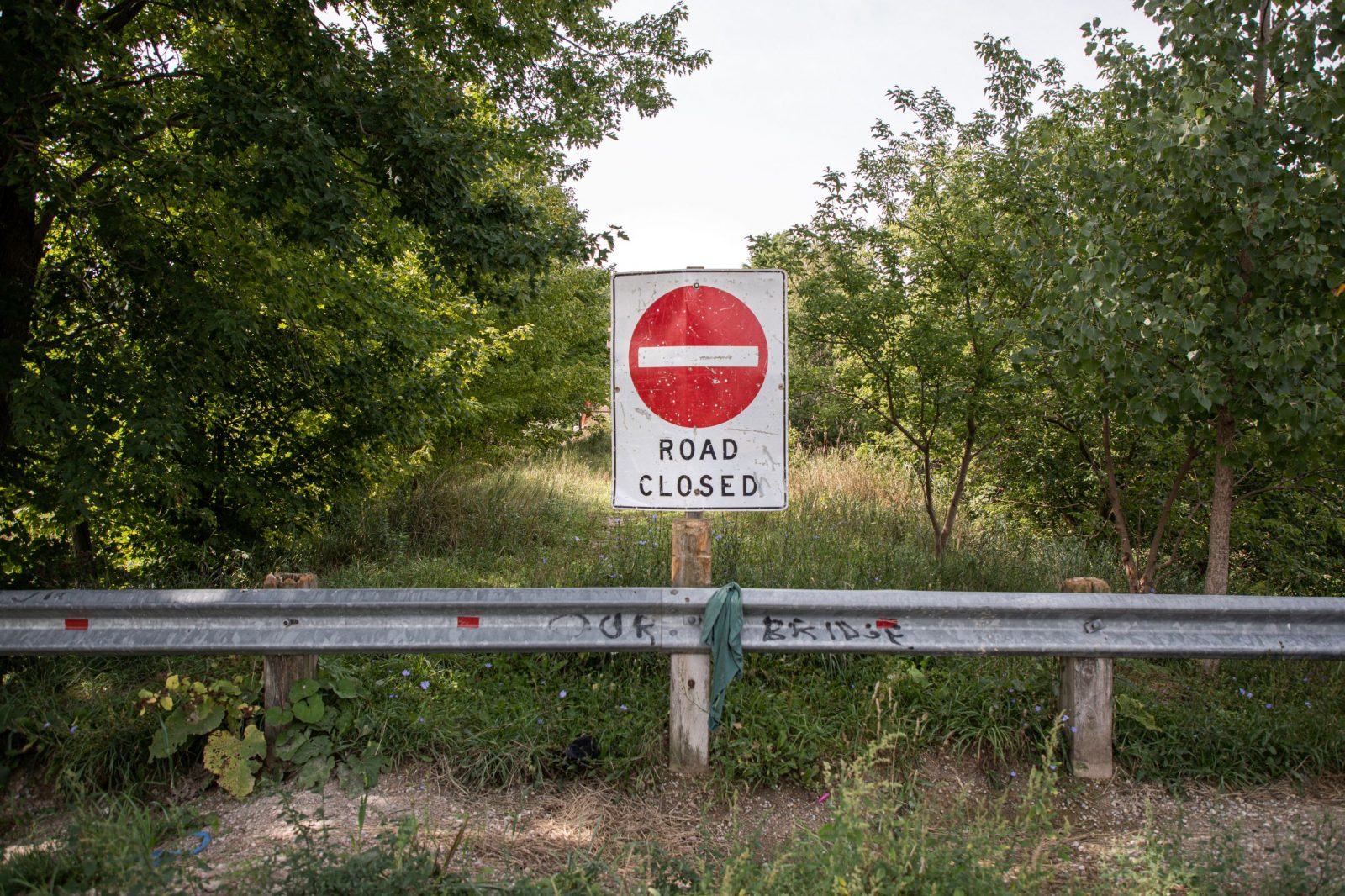 Rolling into St. Jacobs you have a few more sections of rail-trail. These kilometers pass by easily as you make your way to the official start and finish of the GNR.  The “famous” red tractor at the Eco Cafe is where the route officially ends. And after 3 days we were thrilled to finally get our hands on it and stop the clock on what had been an incredibly fun 3 days.

Find your Exploro at 3T.BIKE

◄ Previous Story WORLDWIDE 3T EVENTS AT YOUR DOORSTEP – OCTOBER
Next Story ► Enter to win the Aeroghiaia LTD by signing up for the 3T newsletter
...