I decided to move to BAM (Bicycle Adventure Meeting) by bike for 2 reasons: because move from home to BAM is a kind of tradition, and because I needed to disconnect the brain from everyday life for a while. I was not alone looking for some relaxing fatigue, also my friend Stefano, founder of Studio Pursuit, was looking for it, and decided to ride with me.

I looked a bit the maps, in order to decide a good track to reach Rifugio Lausen, where BAM would have been took place from Saturday to Sunday. I wanted to take this opportunity to ride in places where I hadn’t ridden before and that I had been wondered for long time; so I decided to track a longer route to reach some of those “promises lands”. Obviously, Stefano, agreed with me.
On Friday at 7:00 PM I started from 3T HQ, in Presezzo (it is not my home but is just few kms far from it), I greeted some 3T friends and then I left. Initially it was a solo ride, but after 60kms, in Brescia, the pair adventure with Stefano started.

The night was quite, during the day a storm cleaned the sky that at that time was full of stars, the tail wind was riding with us as a third companion, our chaotic minds were getting tidied km by km.
From Brescia we spent 7 hours on our bikes, riding along Lake Garda for a while, and later few kms after Lazise, turning towards Rovereto and up to Passo delle Fugazze. From 4 AM to 7 am we had exactly 3 hours of sleep under a veranda of a bike grill; the owner of the bike grill, a kind girl, woked up us, we had a big breakfast and then we left ready to fear a long day that would have bring us up to 2300m. 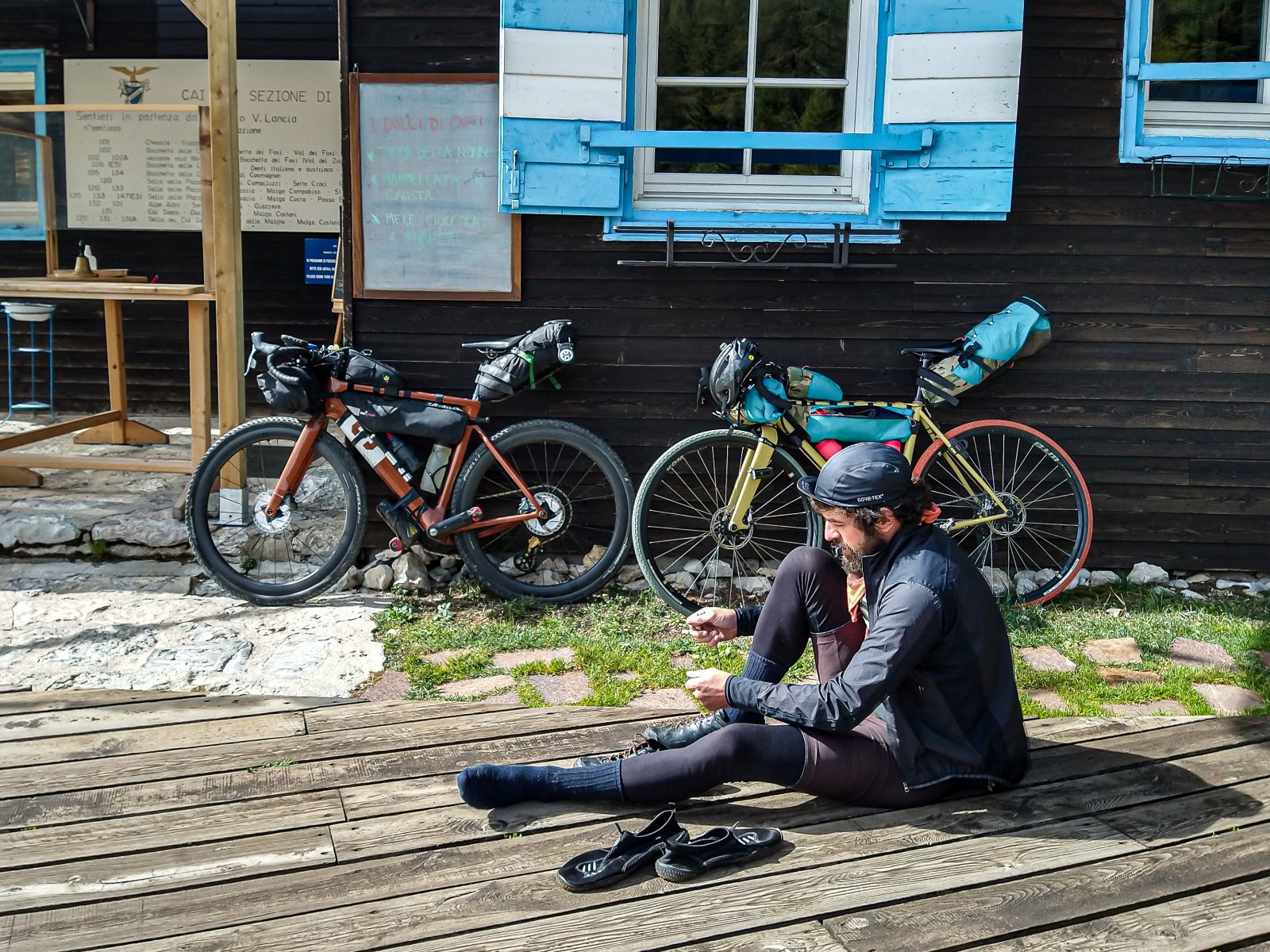 Following Valli of Pasubio we arrived at Rifugio Lancia, from that point started what we were really waiting and riding for. The climb up to Rifugio Achille Papa, built during the Great War, was a mixture of effort, history and sacredness. A never ending gravel climb that forced me and Stefano hike the bike for more than one hour, into an incredible scenario of rocks, wind, clouds, where silence reigns. Along that route hundreds of men spent days and nights fighting and waiting during the Great War, others built that route; the thought of those facts, lead us into a mystical moment of contemplation. 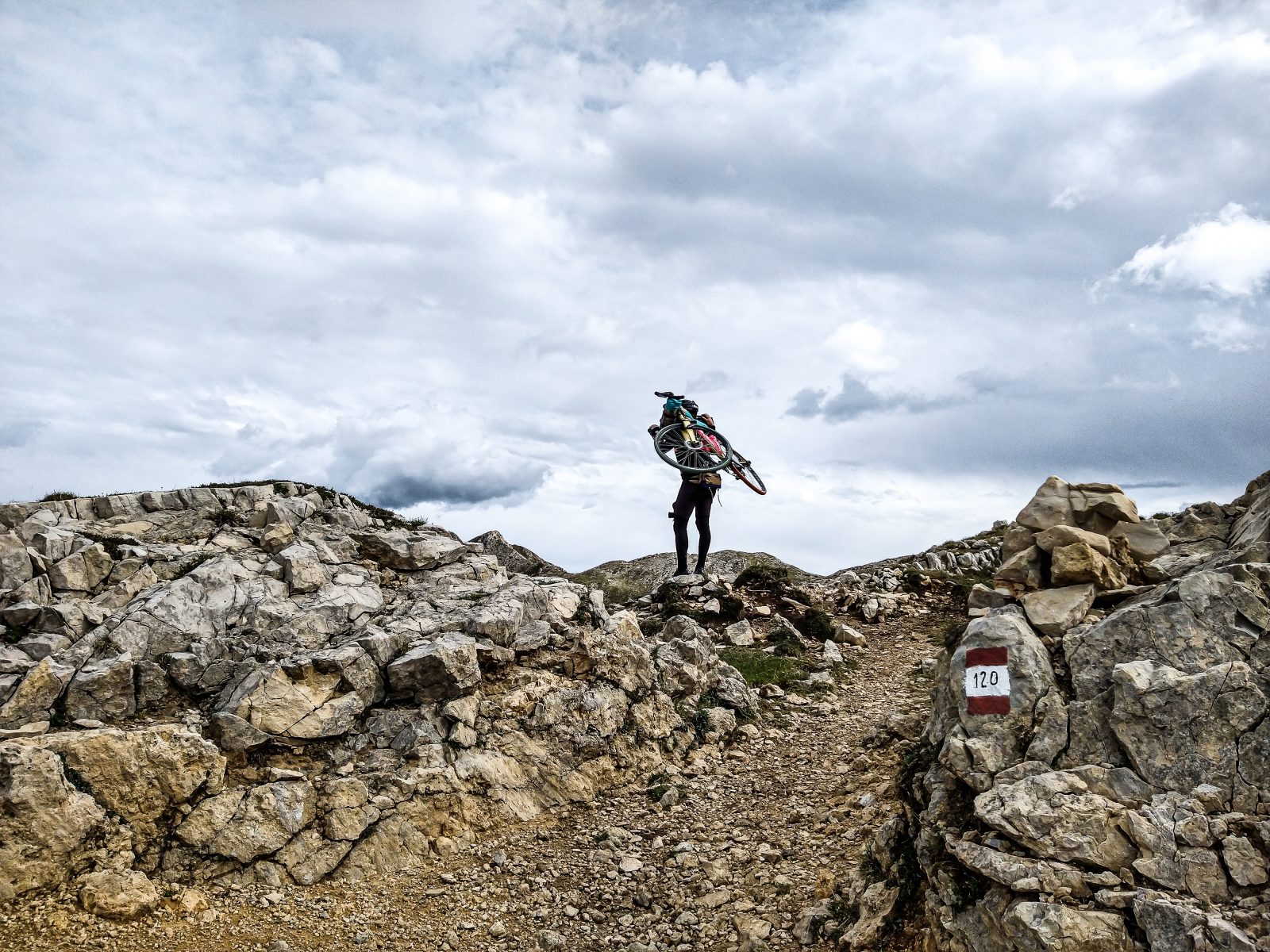 During the descent from Rifugio Achille Papa, following Strada of Scarubbi, we were took by an iced rainy.
Me and Stefano were astonished for the silence we heard during the hours before, we were unable to say anything to each other. The silent was broken down in the valley around Schio, where the life started again. We met many folks during our food & drink stops, they asked from where we came and where we were going, everyone seemed kind and ready to motivate me and Stefano on our ride. It was a greate pleasure to spend some time with those folks but was almost night, and other hills and climbs were waiting for us. 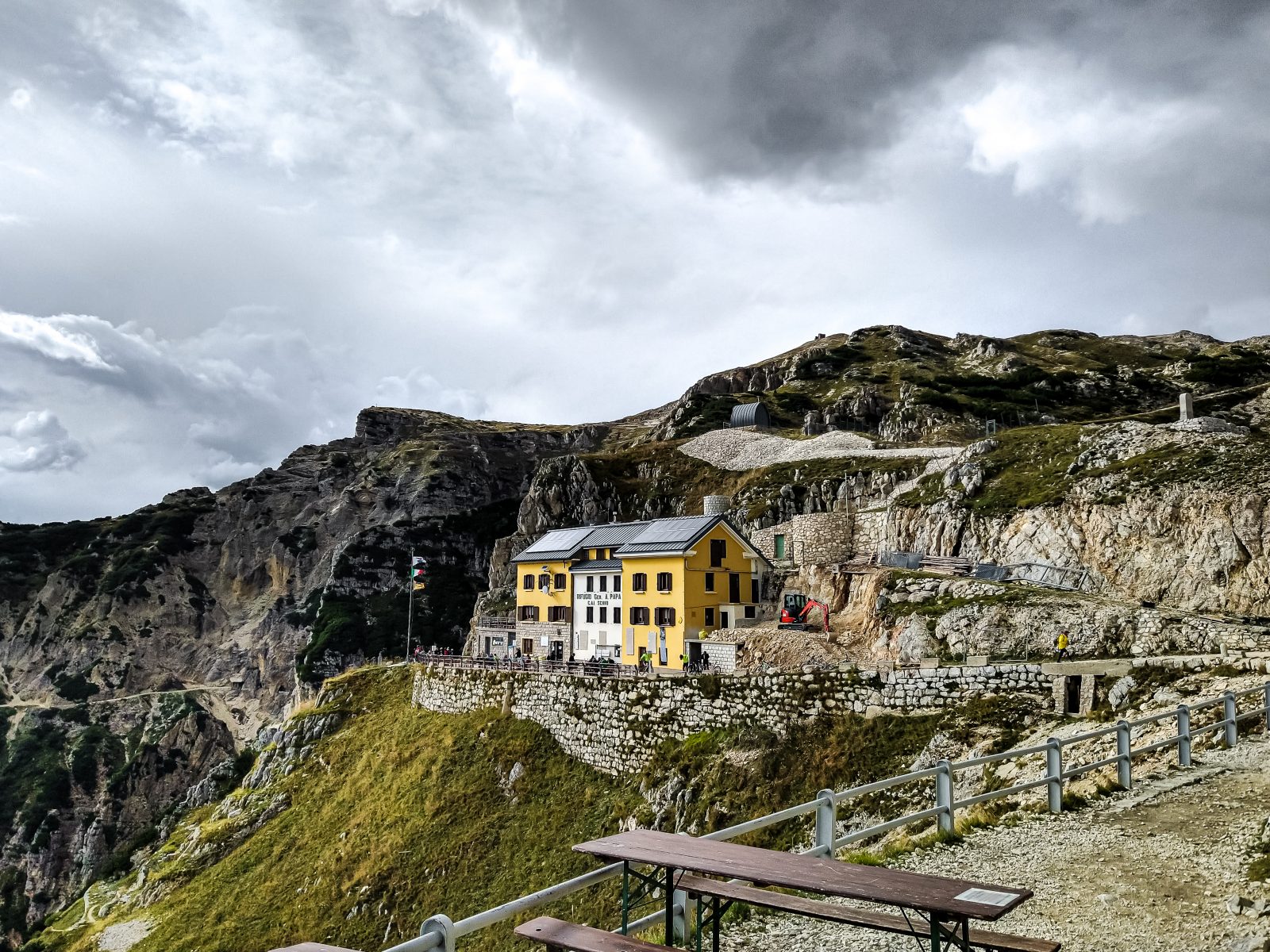 More than 24 hours had passed since we started riding, mind and legs were getting tired, but at the same time the awareness of being ever closer to our goal, Rifugio Lausen, gave us energy and enthusiasm, even though we had lengthened the way by an hour due to a not entirely favorable choice.
At midnight we arrived, “BAM!” – that could have been also the sound of our enthusiasm – two big smiles appeared on our faces. Despite the time, and the cold wind, hundreds of people were still awake having fun, but we were not surprised for that, because have fun is one of the main BAM rules. A friend welcome us with a gin tonic, but wouldn’t have been a good choice drink it in that moment, we were a bit empity, and hungry, luckly other friends offered to us a really good hot soup, with some bread, and others gave us a pair of blanket.
After one hour, spent, chatting, laughing and a drinking; the fatigue began to be felt really.
Eric led us to a large tent, we settled down and collapsed in our sleeping bags, tired but happy for another unforgetable ride. 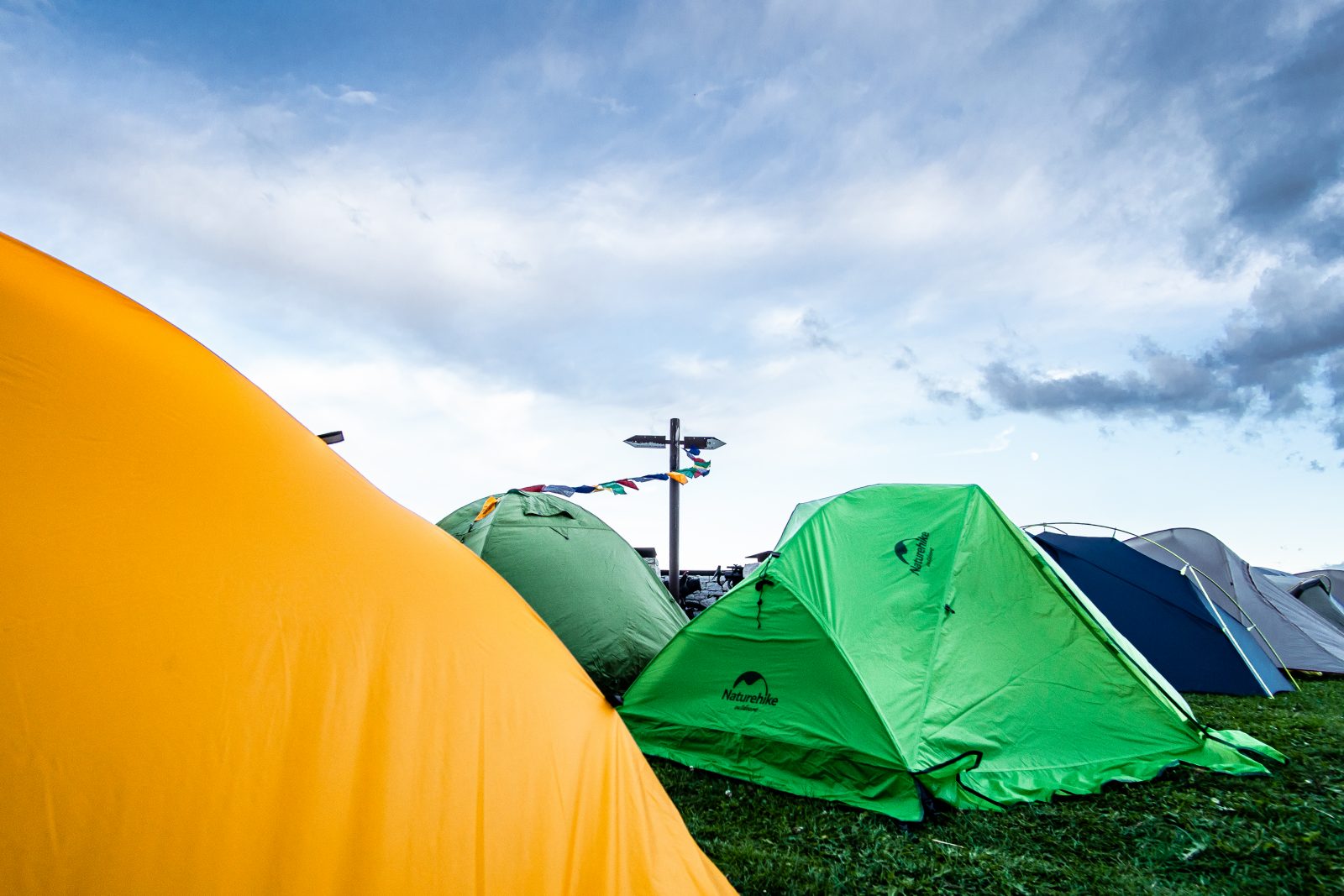 Check the full route on Komoot.