There were plenty of ideas for the Berlin edition of the City Exploro. A night ride along the popular former border of East and West Berlin, teeming with architectural highlights and rich historical milestones, was originally planned. But somehow, it didn’t feel right. For some reason, trying to piece together a route through Berlin didn’t bring me the same joy and thrill that I usually have when going on a spontaneous ride northbound out of town. 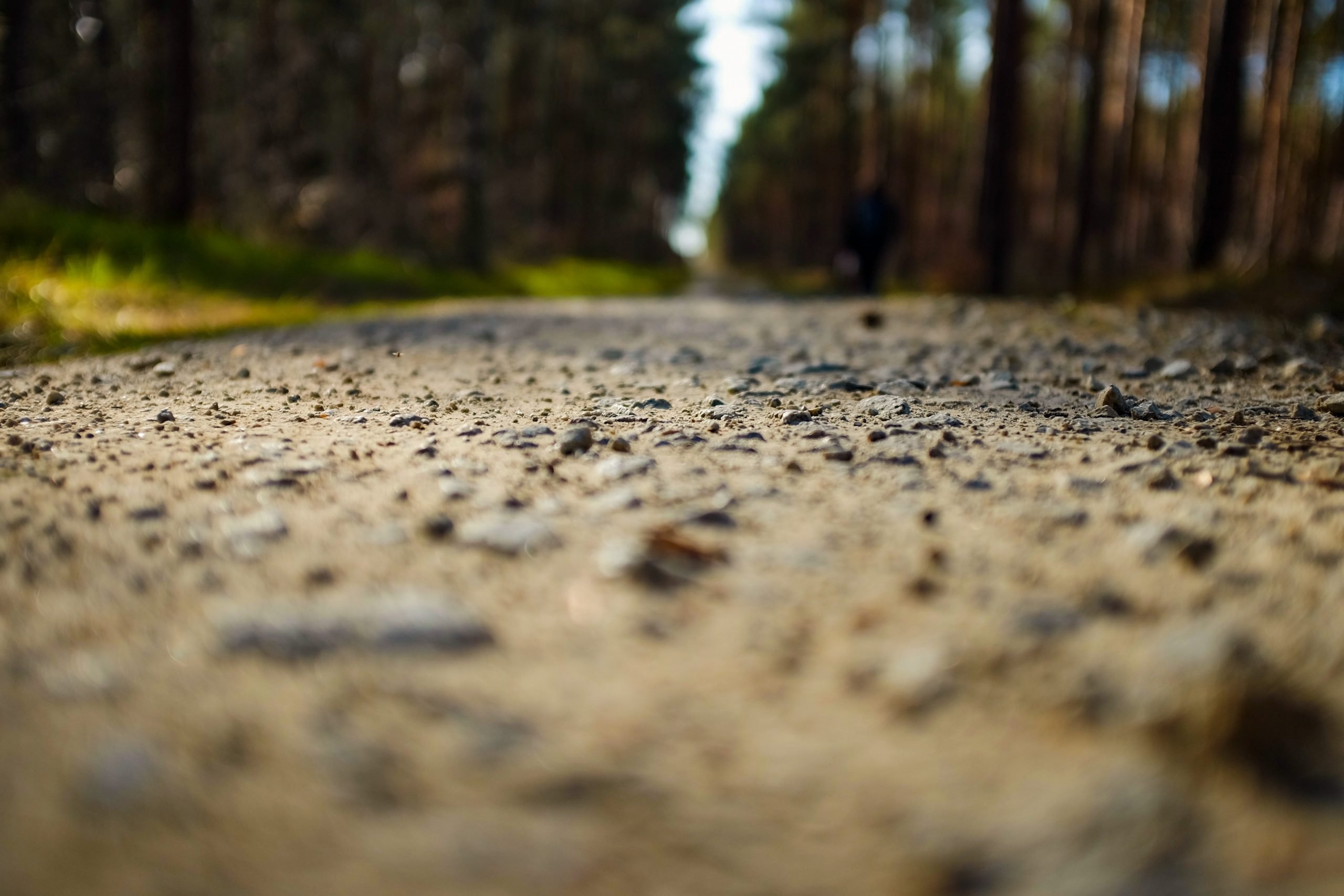 I spent most of my childhood outdoors, either roaming the forest and plains nearby or going fishing in the lakes and backwaters near the Baltic Sea, where I grew up. After high school, I bought my first 35mm film camera which quickly developed into another passion of mine, and enabled me to combine two things that I love – shooting analog and digital and the great outdoors. From kayak trips in the Andalusian mountains, to remote rivers and lakes in Japan, to a road trip covering the entirelength of Texas from east to west, I have spent the last decade finding the momentsthat matter through a lens.

I’ve been riding bikes my entire life, but viewed cycling more as a means to get from A to B within the constraints of a city. But this changed dramatically when I decided to replace my classic singlespeed steel ride with a gravel bike. The Exploro became mine in February of this year, and I have never looked back since then. I began to enjoy longer distances and the outdoors seemed so much more attainable, thanks to my trusty new steed. More importantly, it brought me back to the fields of my youth, and I found myself increasingly opting to ride more and more off-roads.

My love of photography has also leapt to new heights as a result. Gravel riding has shown me a new way of being active outdoors, and by avoiding the beaten tracks, I’ve been able to capture scenes and lights that you wouldn’t find in the middle of a busy city. Going out of my way to avoid the hustle and bustle, and having a speedy machine that instills the feeling of freedom and independence, has meant that I’ve been able to stay sane during COVID-19. I’m thankful that I discovered this type of riding for myself just in time.

I would love for you to experience the same the next time you’re visiting Berlin with a bike. If you pedal just a few kilometers out of the city limits, you’ll find a wealth of surfaces and terrain with beautiful tracks that will make for pleasant rides and healing forest bathing. Depending on what time you kick off in the morning or afternoon, you’ll catch the sun streaming through the trees as a beautiful accompaniment to the bright blue sky.

Let’s test one out together, shall we?

Today’s track starts in a park close to where I live in Pankow. The borough is named after the Panke River, which we will follow during the first kilometers of our ride and covers the northeast region of Berlin. After about 7 kilometers of mixed surfaces, we hit the first longer stretch of gravel paths lined by trees and smaller lakes.

One can already feel the temperatures dropping by a few degrees on hot summer fternoons, and the noise of the city suddenly dies down. If you consider that our ride started just a few stations away from Berlin’s pulsating eastern city center, the sudden change is remarkable. 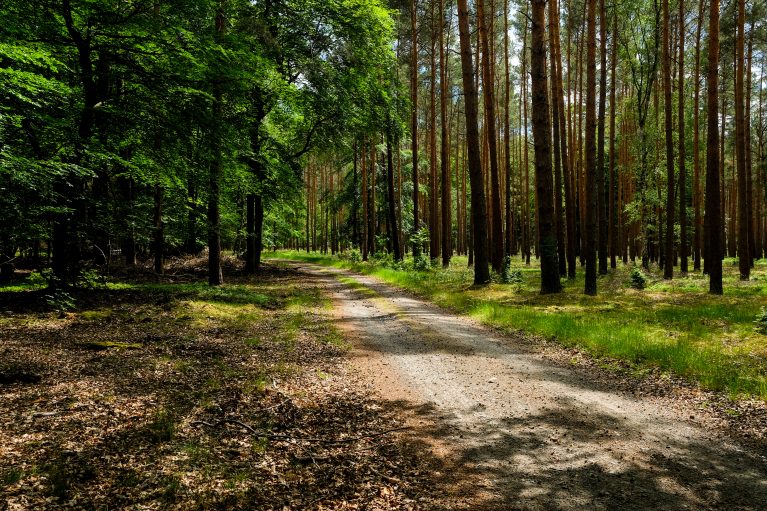 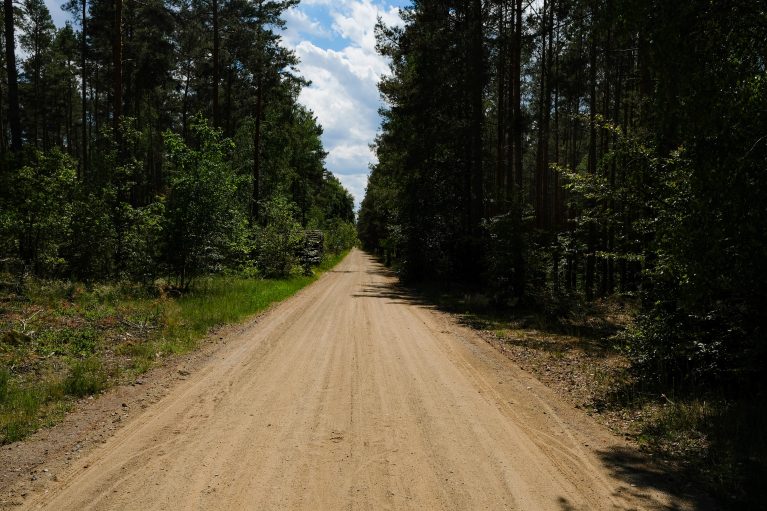 The next few kilometers are a blast to ride: a network of fine gravel roads without any cars and only the odd group of people enjoying a walk between green fields and cottonwood and pine trees. After crossing a small through road, a labyrinth of paths open up and offer plenty of options to explore unknown territory. All of this can be done spontaneously, as you’ll never quite know what road you’ll be on next, which is half the fun. 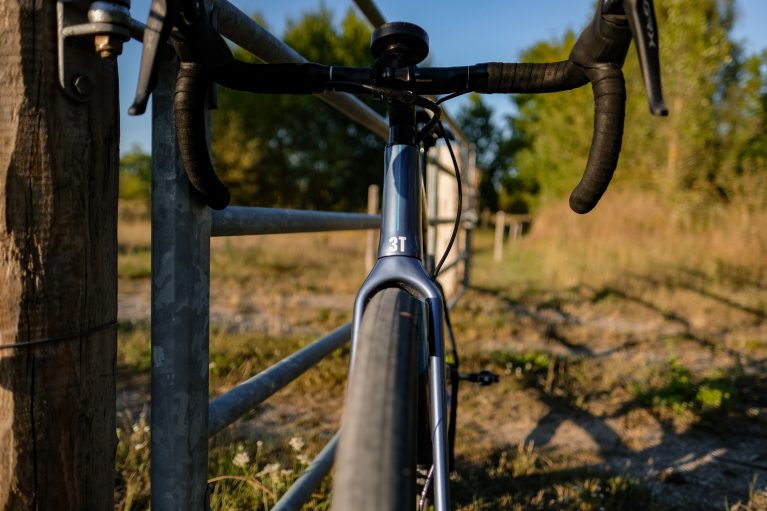 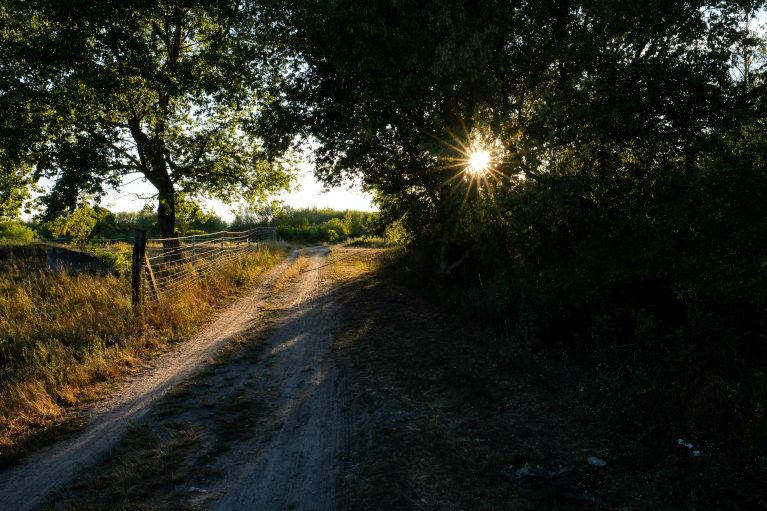 After passing another paved road with occasional traffic, we arrive in the forest of Brandenburg – the state that surrounds the national capital and city-state of Berlin. Brandenburg is an amazing place to explore by bike. There are countless routes alongside lush meadows and crystal clear lakes that are hidden in deep, almost mystical woods. If you look carefully, you’ll find deer, wild boar, and breeding birds all around you. 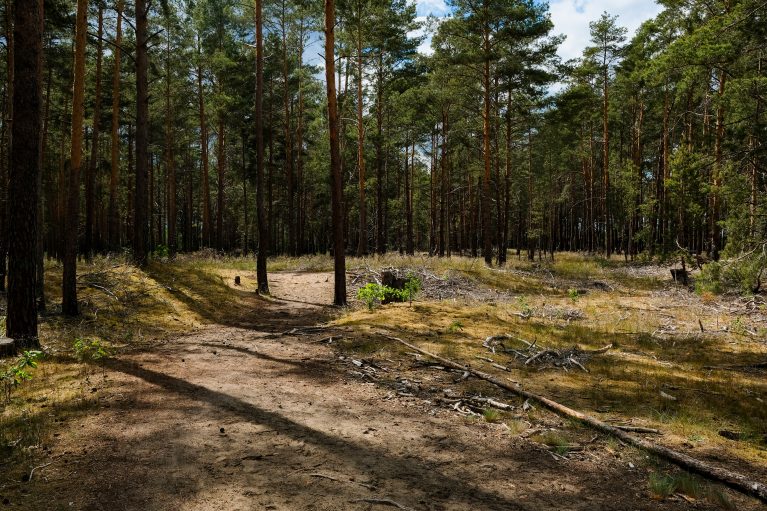 No matter what kind of riding you have in mind, you can (almost) have it all, minus any semblance of steep climbs because this neck of Germany is as flat as a pancake. But as compensation, you’ll instead find fantastic gravel in all shapes and conditions, picture-book trails through woods and fields, and the occasional stretch of single track around a lake’s bank to test your technical skills. 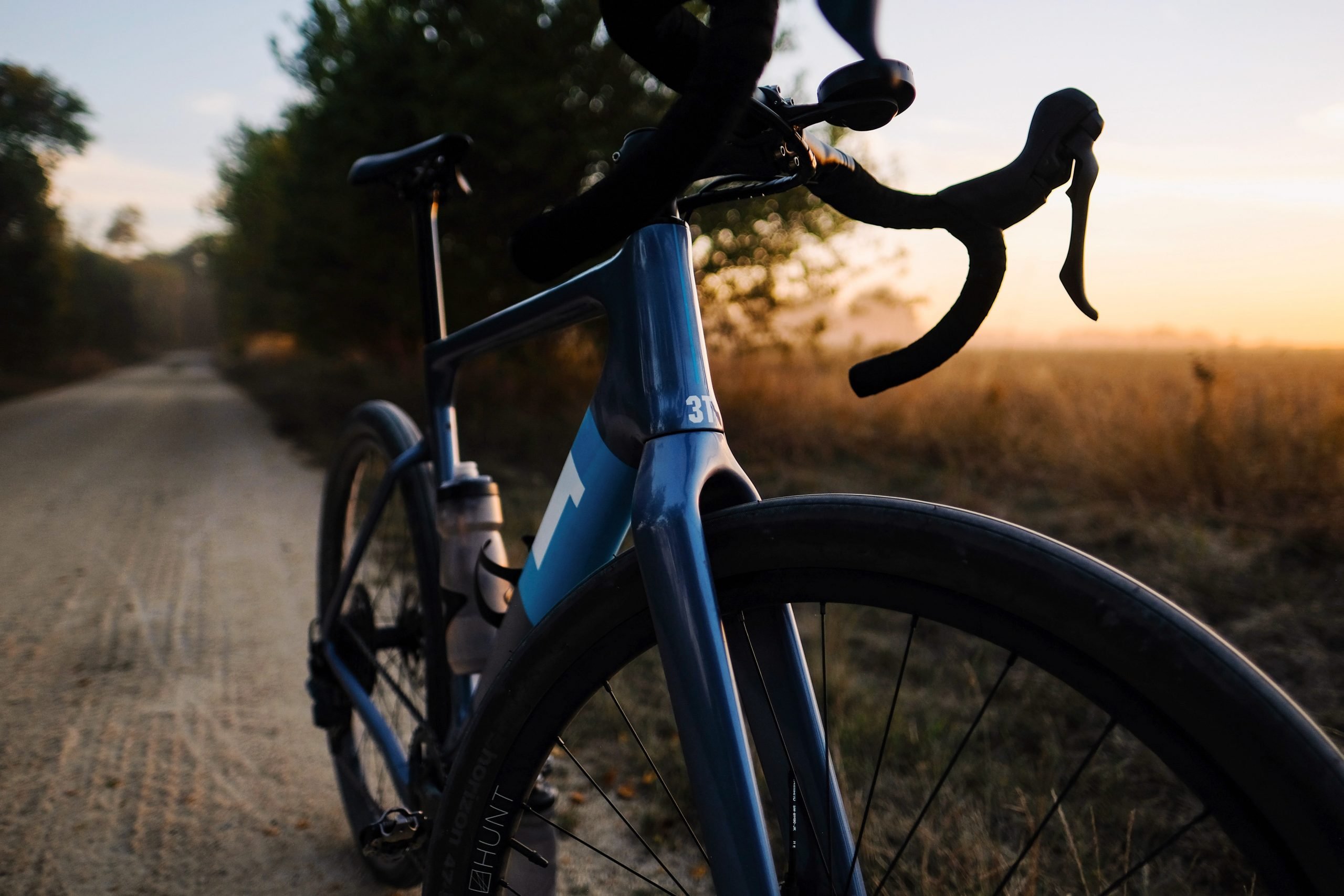 I could write all day about the different characteristics and charming attributes of landscape and scenery. But all of this is best explored by yourself, ideally on a bike that allows you to do anything and go anywhere that your heart desires. This is why I enjoy riding the Exploro so much – it feels more like an extension of my own body rather than a separate vehicle or means of transportation. It has become a catalyst of the joy I feel when I escape the city in search of the wild, exploring unknown and remote places near and far, while discovering something new.

Find the route on Komoot:

◄ Previous Story Jeroboam Greece is just around the corner!
Next Story ► WORLDWIDE 3T EVENTS AT YOUR DOORSTEP – SEPTEMBER
...