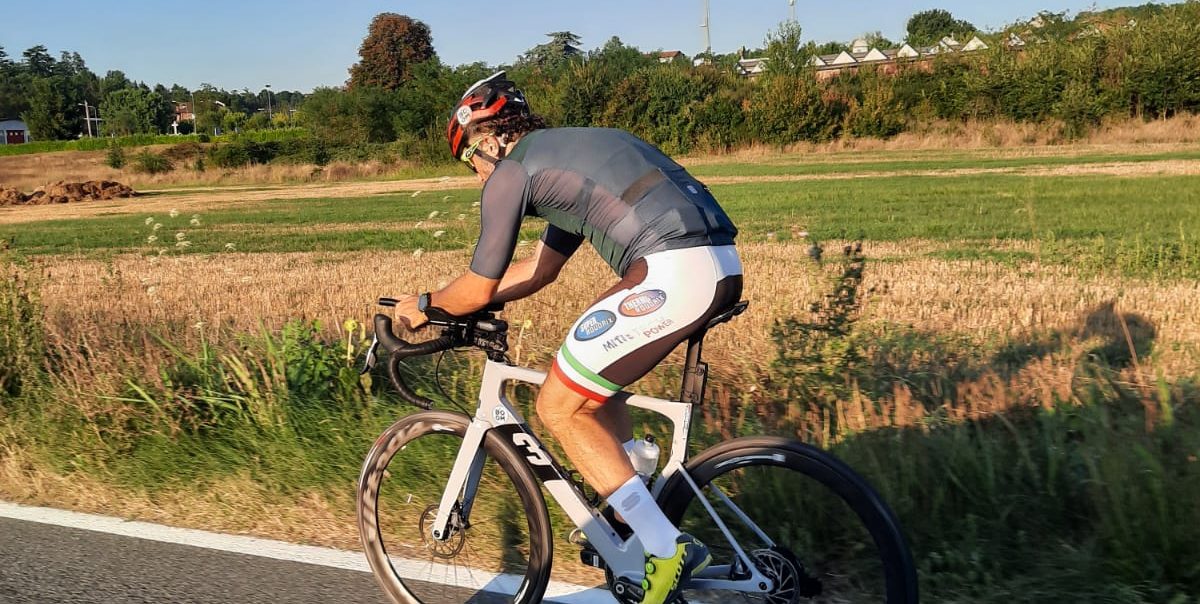 Leaving from the crowded Voltri Beach in Genoa on August 9th, Nico Valsesia began his attempt to break the cycling-running record from sea level to Monte Rosa at 4634m.

The climbs started almost immediately after leaving the Ligurian coast, taking on the Passo del Turchino before descending into Ovada. From there, Nico’s route took him through Alessandria and to the rolling hills of Monferrato.  Continuing his ascent Nico finished the bike portion of the ride in 7:30 minutes and arrived in Alagna Valsesia at 1: 30 in the morning.

After a short break to refuel and stretch, the running portion of the ascent to Monte Rosa began. For the first meters of the climb, pro mountain bike racer Marzio Deho, joined him as they made their way up to Capanna Gnifetti at 3647m. Joining the pair was Felipe, Nico’s son, and friend Mattia Torraco. The trio then continued up to their destination at Capanna Margerita, 14 hours, 18 minutes and 21 seconds after Marco had left the beach in Genoa.

“When I left I didn’t think I could do it, then I saw that my legs were gradually coming along and I was able to keep a good rhythm and push towards the end “  Nico