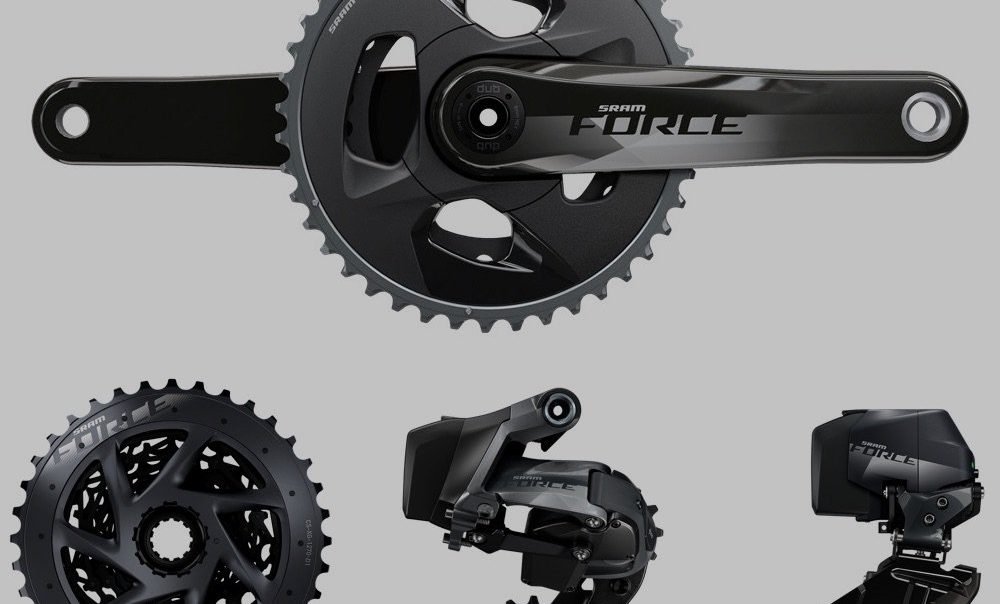 When the Exploro started the trend towards performance gravel bikes, SRAM Force 1 was the first spec we offered. We’ve been in close contact with SRAM ever since, so in early 2018, they invited me to San Luis Obispo to see the new SRAM Force & Red AXS eTap and get some feedback.

I loved the technology but didn’t like the gear ratios they proposed. I thought we needed lower gears for 2x and a wider range cassette for 1x.

For 1x, there were solutions woven into the AXS fabric. Force AXS is cross-compatible with anything else in the AXS family, so you can combine the Force AXS road shifters with an Eagle AXS rear derailleur and get massive gear options. 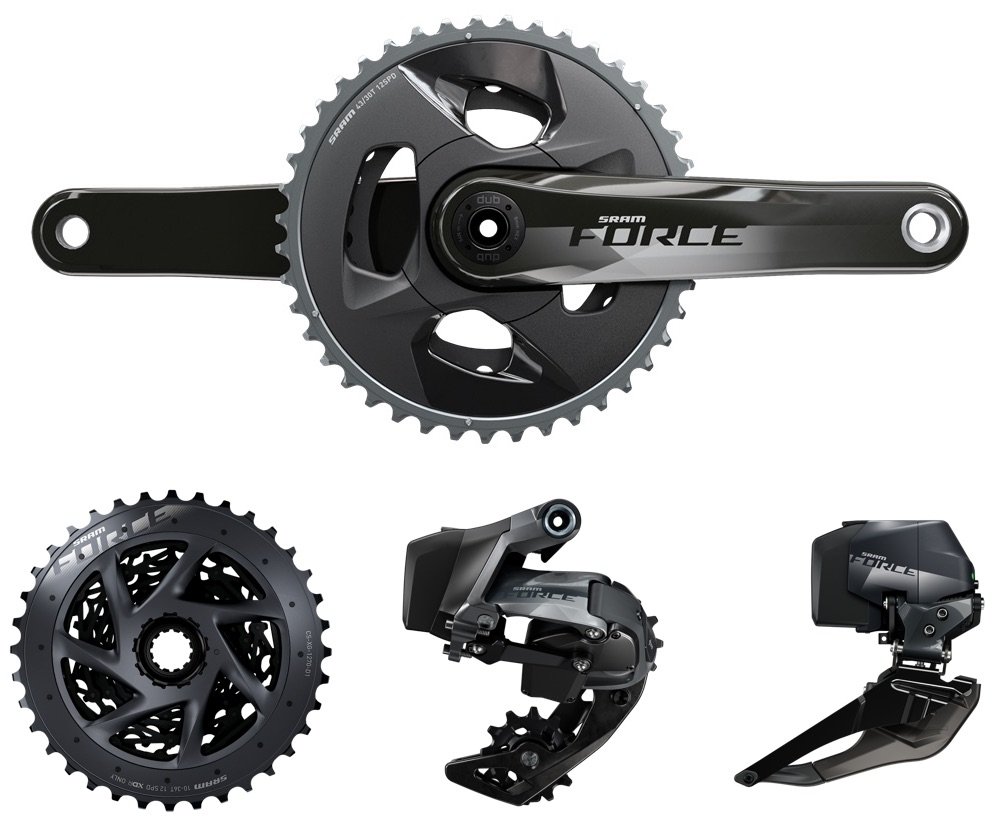 For 2x, there really wasn’t any such option. I pleaded, begged and prayed for a fourth cassette. Ideally a 10-42T or 11-42T for big climb 1x riding (so a little closer-spaced than the Eagle options), but at the very least something like a 10-36T for fast 1x and any 2x.

SRAM Force AXS WIDE is the newest addition to the SRAM AXS family, giving us more options for Force AXS gearing. My ideal setup involves using 2 of them but not the other 2 and I’ll explain why. But first let’s look at all four parts:

This is a beautiful cassette combo, as a 12-speed cassette with this range really gives you options. On smoother terrain, it makes for a great 1×12 set-up giving you simplicity and access to the right gear all the time. For really tough terrain, it’s a great cassette for a 2x setup. 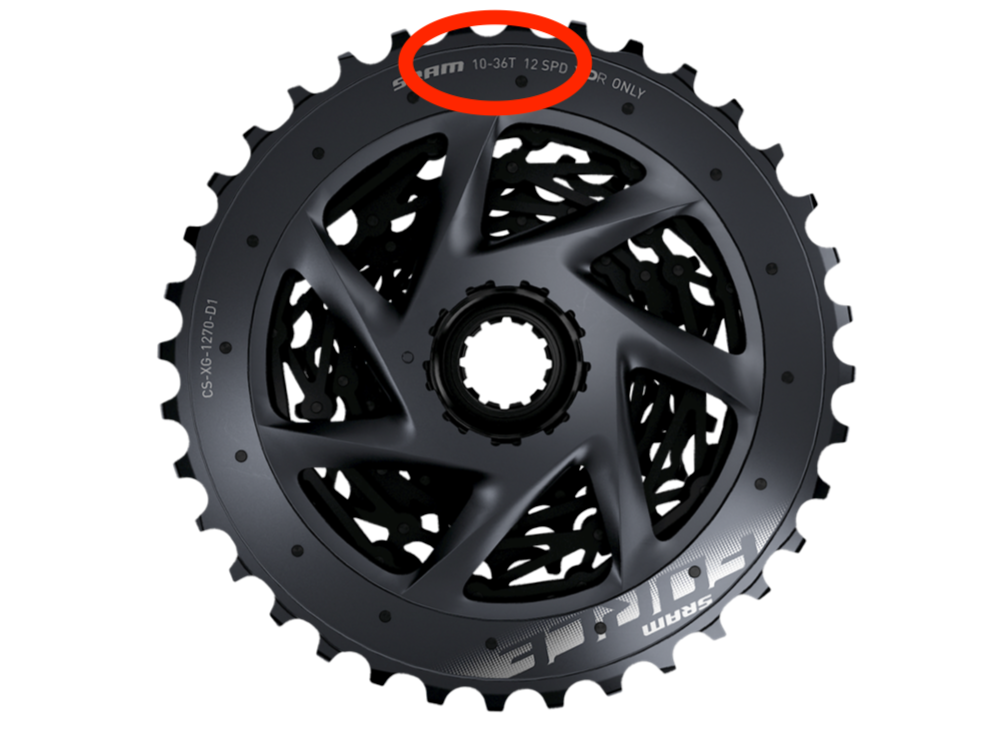 To boost the low gearing even more, SRAM is also introducing a crank with smaller rings. It has several features that differentiate it from the other Force AXS cranks (46/33T, 48/35T, 50/37T):

Because the cranks have the chainrings moved outboard by 2.5mm, the front derailleur matches that move with a cage that is moved out 2.5mm. Curvature of the cage is the same, which is handy when you swap the smaller 43/30 rings onto your standard (non-WIDE) Q-factor cranks.

As I mentioned, 33×33 is too big a smallest gear for many, so having smaller options is great. Now you have three options:

For me, if you’re looking for a 2x gravel drivetrain, option 3 is the clear winner in most situations. Best Q-factor, nice 33×36 gear for when the going gets tough, close spacing throughout with the only drawback being you don’t have the 14T cog. So that means you use two Force AXS WIDE components (cassette and rear derailleur) but not the other two (crank & front derailleur).

Only if that 33×36 isn’t small enough or if you run a 2.1″ tire would I consider option 1 and sacrifice Q-factor. Actually, I wouldn’t sacrifice Q-factor even then. I’d rather take the Force/Eagle 1x setup with a small Q-factor (even better the ultra-narrow 3T Torno crank) over the WIDE crank with the wider Q.

Whether option 3 is better than a 1x Force/Eagle setup, that really depends on your preferences on a range of factors:

For more on Force/Eagle set-ups, check out this article.

This is the cassette we’ve been waiting for, the 10-36T makes SRAM gravel options using Force AXS eTap finally viable. It can be used in two ways:

It would have been great if the new sub-compact crank didn’t have the bigger Q-factor but the 46/33T crank will render a small enough low gear for most riders while keeping the narrow Q.

Further reading: Hacking the Wide on your 3T

Own an AXS bike already and want the 10-36T cassette without buying a new rear derailleur? Want those 43/30 chainrings but not the wide Q-factor?

Check out these and other hacks here.