It all began with an email exchange between me and Rene Wiertz December 2019.
Inspired by the 3T show case web page and driven by the idea that there is still one bike missing in our collection, I shoot a question to the official 3T.Bike contact address, but not really expecting a quick answer, due to the Christmas holiday season.

But the unexpected happened, I received an answer within minutes, had a couple of mails with Rene and was really impressed by the service and dedication shown to someone who is not even a customer and only asking some nasty question during the Christmas holiday season.

Our decision to go for a 3T Exploro bikes was made quickly. Being already the owner of some gravel titan and carbon bikes, we were looking for special bikes. Our favorite bike region, beside our home area, is the North Italy, particularly the Val Venosta and Trentino area. This area screams out for do it all bikes. A bike which doesn’t slow you down on the beautiful alpine roads, but at the same time will get you to the lovely places and alpine huts. And not to forget, the disbelieving looks you can achieve with this type of bikes on gravel MTB trails. With other word, the perfect “Swiss Army Knife”. The crazy concept of an aero gravel bike attracted us from the first moment one. Furthermore, there was still the idea, to have a bike with a custom paint scheme.

However, being not in favor of an overloaded color scheme, it was clear that both frames will get a basic color, complemented with some details. For the orange one, we use a 3T Exploro Team Ltd, for the black one a 3T Exploro team ready to paint frame. Both frames were handed over to unlimited colors, a Dutch company, for the paint job. 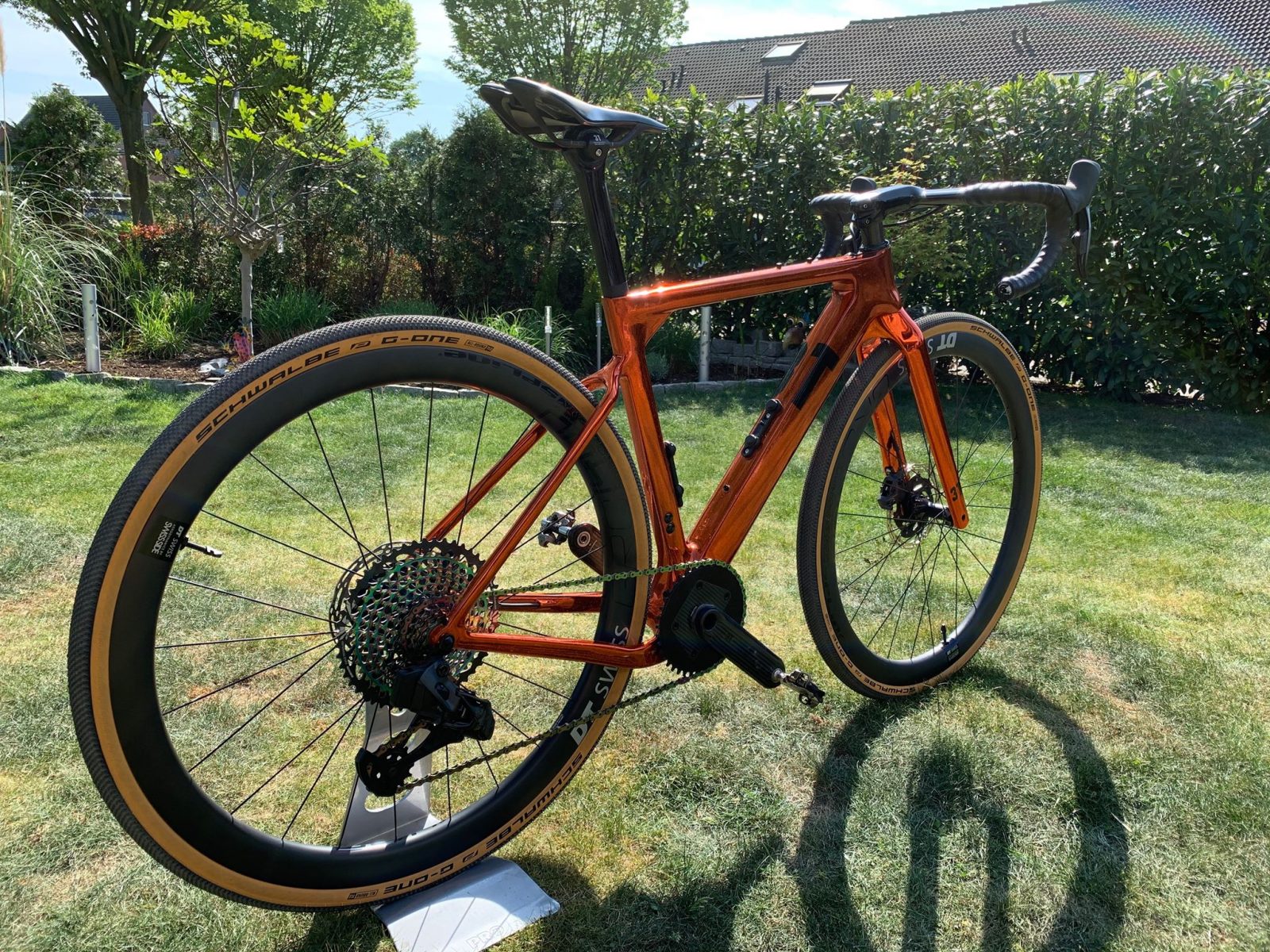 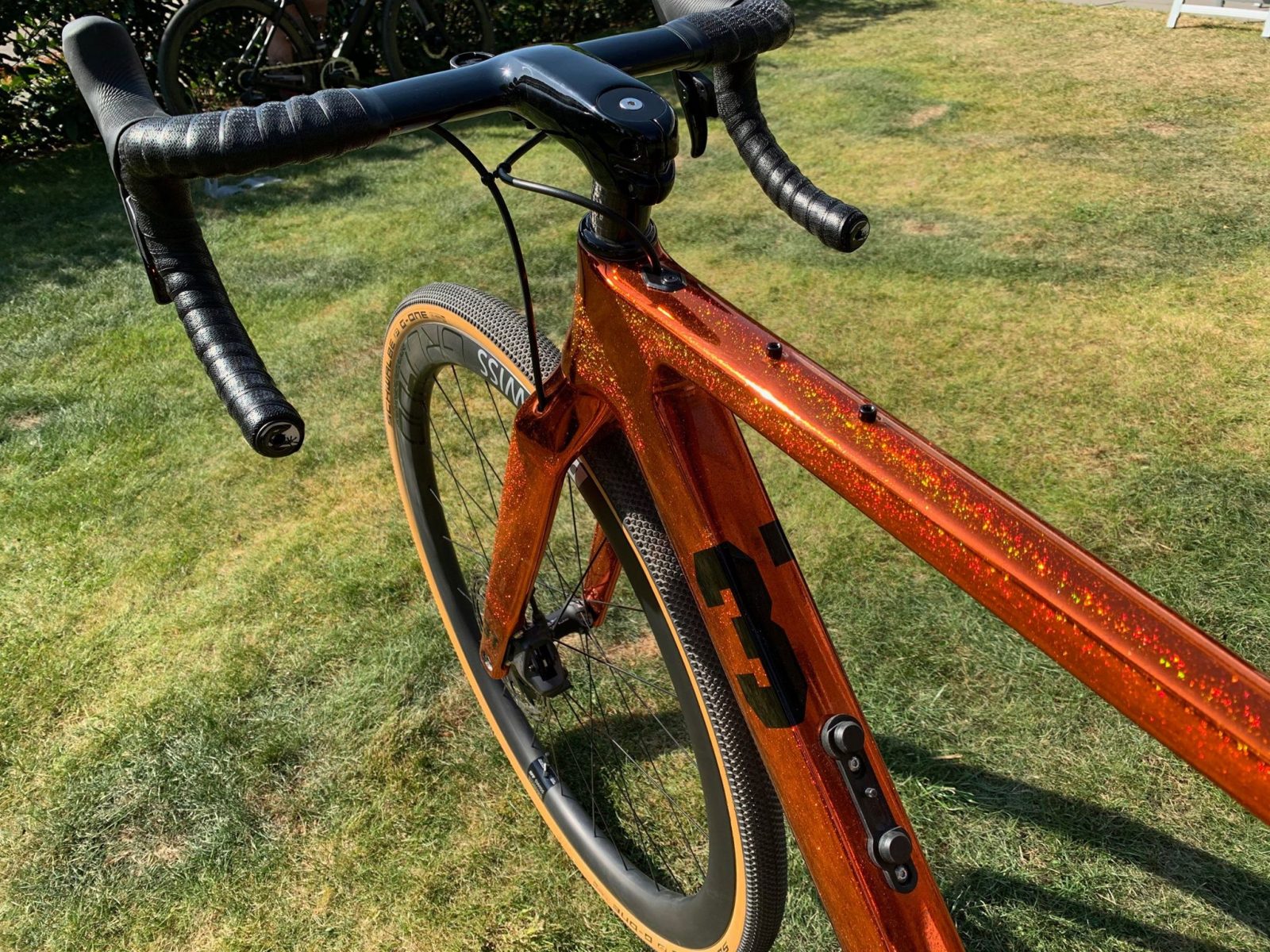 The chrome orange hologram color stands for itself and does not need any other effects. The depths of the color in the sun and the different color effects of the metal flakes in the color is breathtaking. Pictures of the color do not really reflect the real effect. The Bike has been completed wit 3T’s Torno Ltd., DT SWISS GRC 1400 Spline Carbon 42 wheels, an integrated carbon handlebar and SRAM’s Force AXS /XX1 group. The bike tends more to gravel roads and steep alpine roads than the black one. 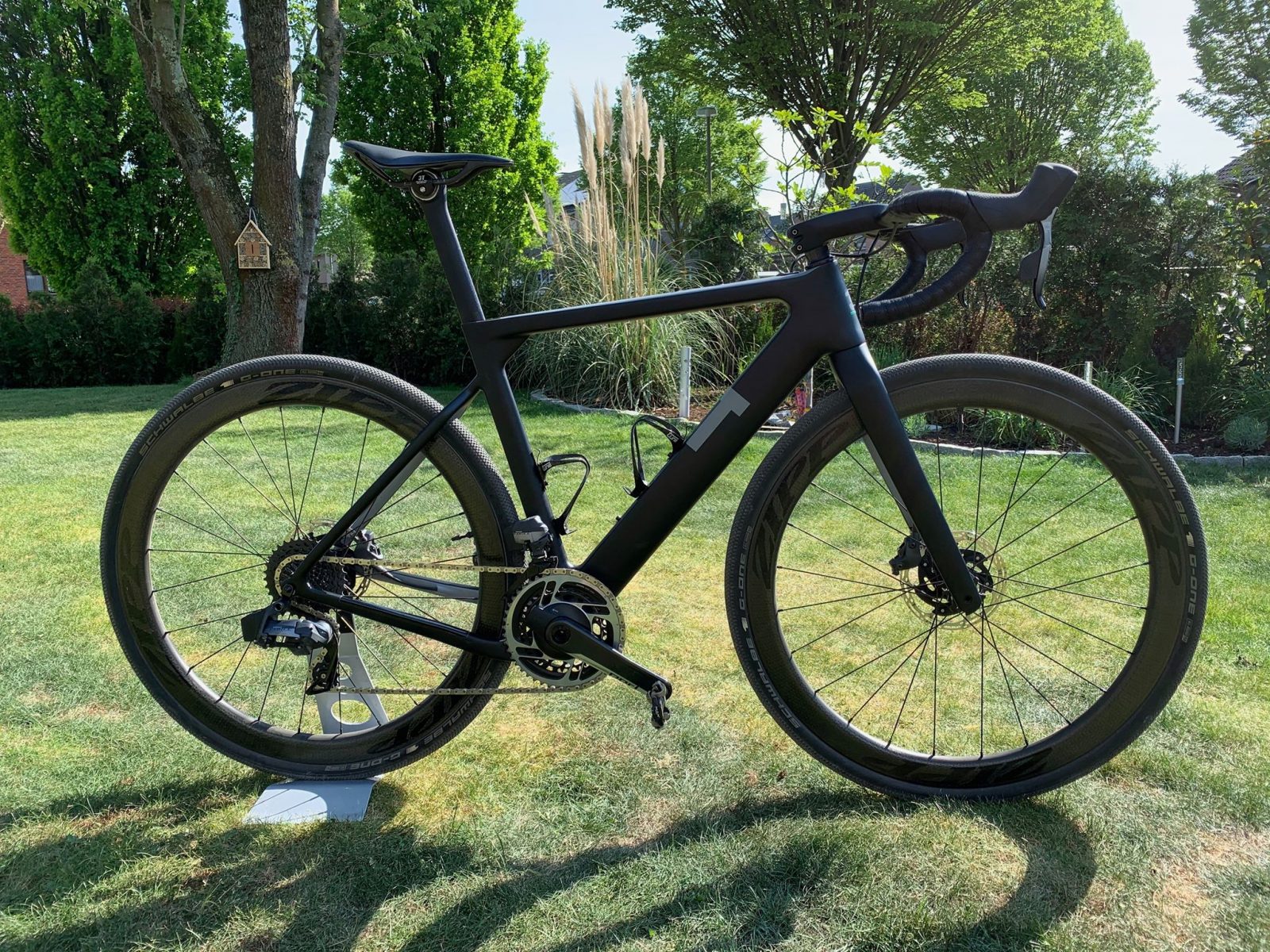 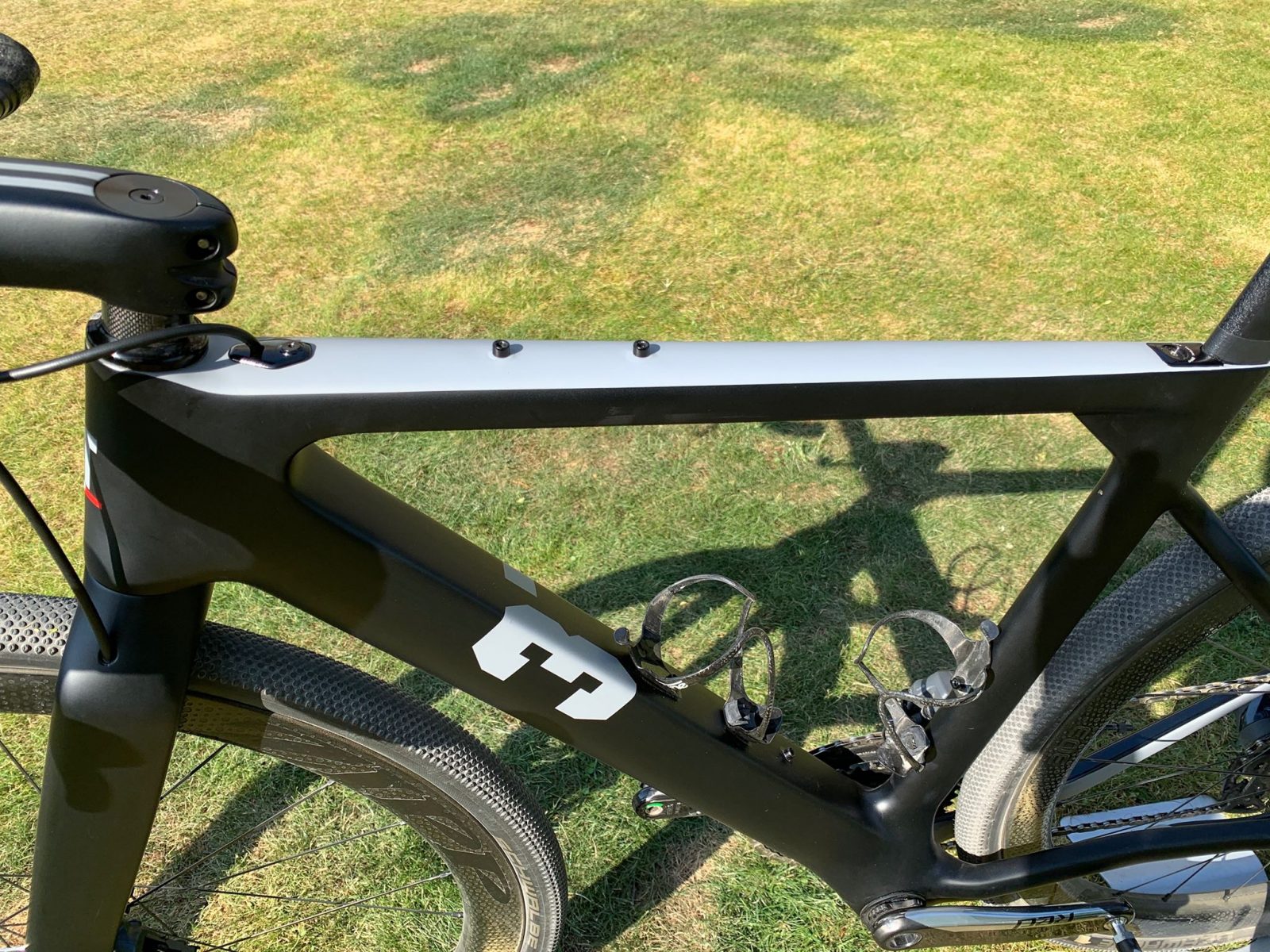 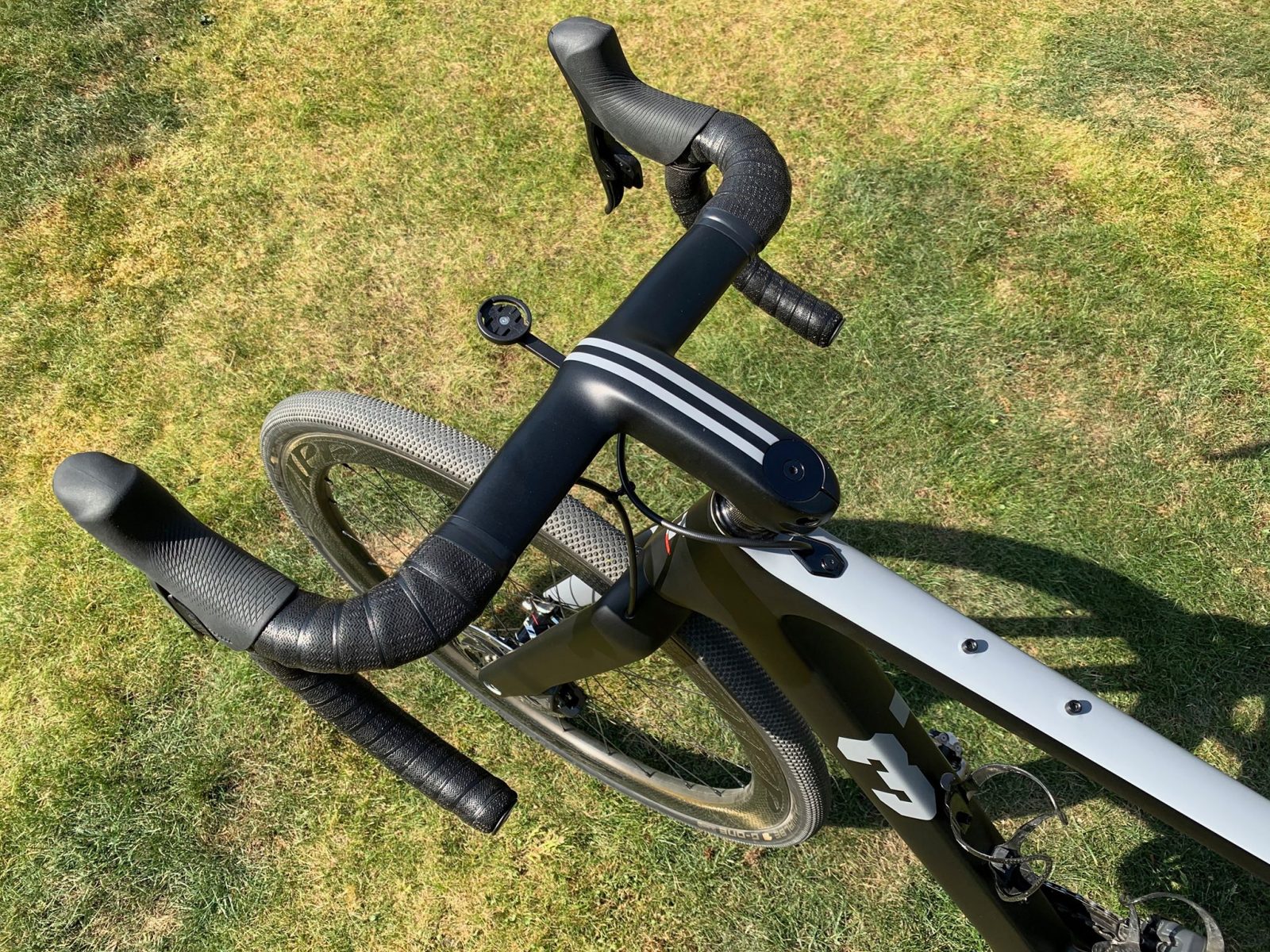 To put it in a nutshell, we are very happy with the bikes and looking forward to ride the bikes in our preferred bike region, North Italy. However, there are more important things than riding a bike. Our thoughts and prayers are with the good and brave people living in this area and fighting with the pandemic and their effects. But we shouldn’t forget, better times will come again and we will be able to ride with an Italian bike in through Italy. Maybe our bikes will take us to Bergamo to meet Rene in person, the one who puts us on 3T bikes. 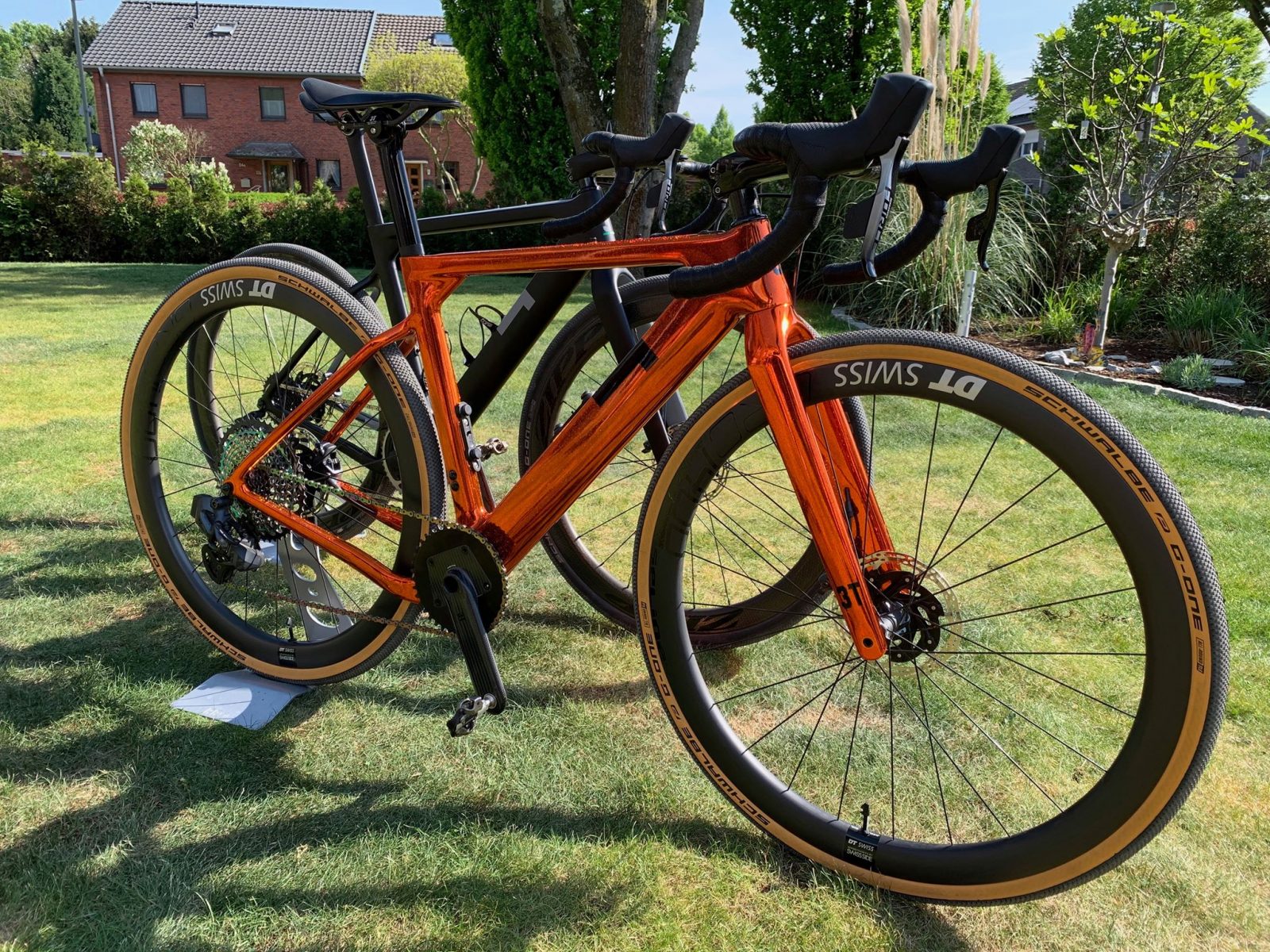