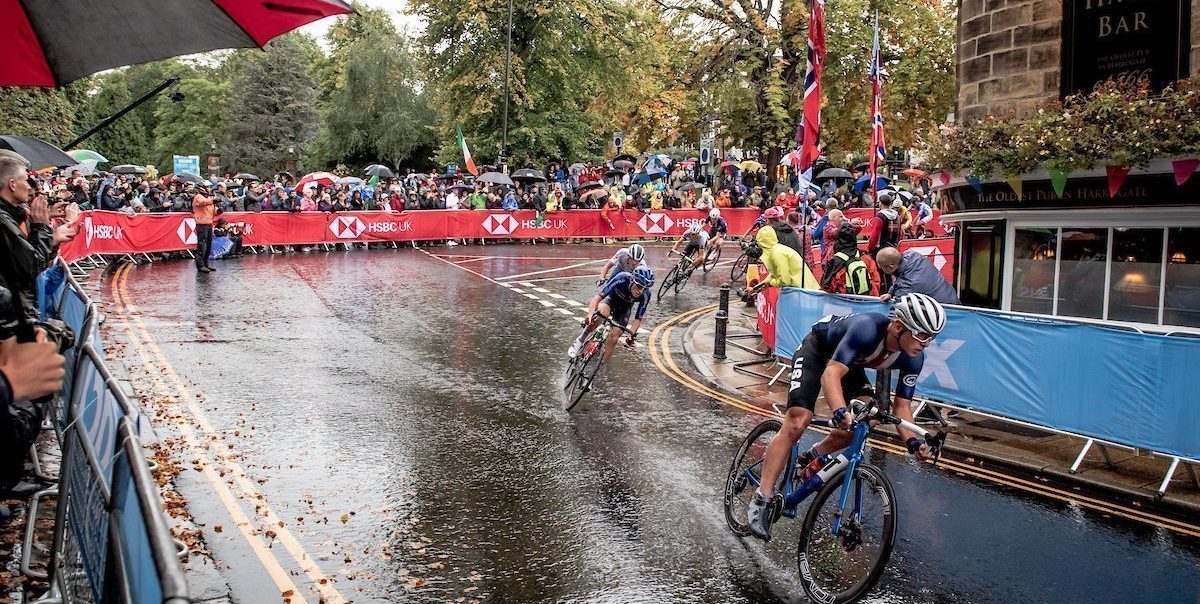 Strange as that may sound coming from somebody who has sponsored pro teams for a decade and even owned one for a few years, but I don’t really like pro cycling. I like to watch it, but to be involved in it is sometimes great but often terrible.

Junior racing is a different story. It’s not the kind of cycling you support for the exposure or any sort of marketing returns, and that is actually nice. It means that all the sponsors and other supporters are in it just because they like the sport, like to support these juniors and are not expecting anything in return.

As such, I’ve been a sponsor/supporter of the Hottubes Junior team. I‘ve written about them before. And on a Friday two weeks ago, I received the most priceless reward ever.

I checked Eurosport to figure out when the next cycling race would be broadcast only to find a race in full swing with somebody riding a 3T Strada on the front. It slowly dawned on me, …World Champs, …Juniors, …Hottubes riders present, …Magnus Sheffield!

It’s not often you can watch junior racing live on TV and I wasn’t expecting it at all, so that was a great surprise. The weather was terrible but the racing spectacular, it was still early and attacks were flying. I had to run some errands but when I came home, the race was in full swing.

Long story short, Magnus first went on the attack, then set up the winning break for Quince Simmons, then was caught back by the peloton and spent half of the remaining time leading the peloton dissuading any attacks.

On the final climb, he had to let a few riders escape, but he clawed his way back, ending up in a group of four and winning the sprint for Bronze. Amazing for a 17-year-old surrounded by mostly 18-year-olds. And it couldn’t have happened to a nicer guy.

That in and of itself was more than enough for me, but that he did it on a Strada Pro on such a tough, hilly course made it even sweeter. Of course the wider tires for better grip on the slick rain-soaked roads were a good match. The comfortable aero frame for speed on Britain’s legendary bad pavement was an equally great pairing.

To top if off, Magnus showing how the 1×11 drivetrain performs at this level was perfect. After all, 99% of us can only dream of holding his wheel for any amount of time so if it works for him, it definitely works for us. Of course, I already knew that, and as a follower of 3T, you probably did too.