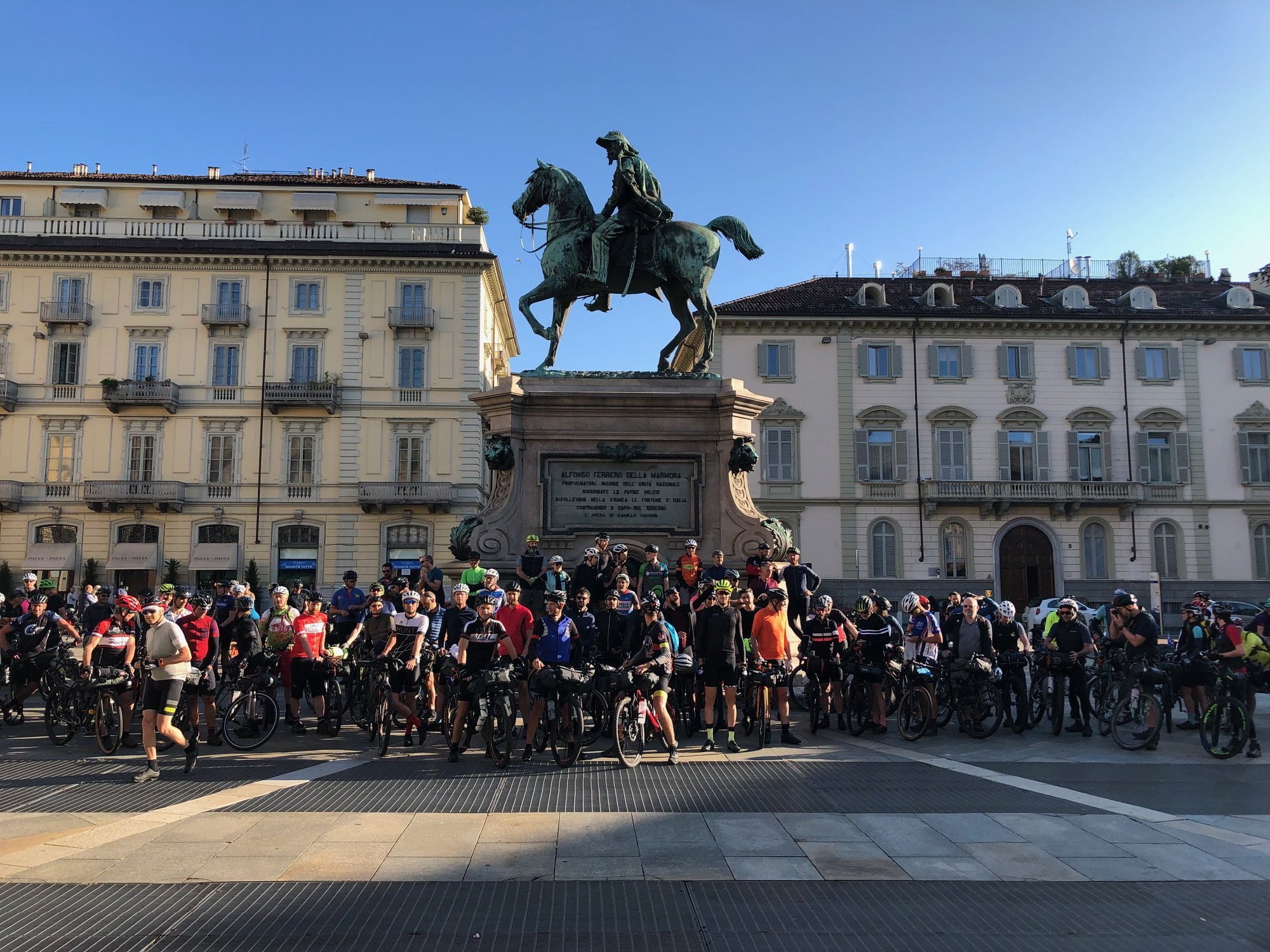 On September 9, 2019, joined by 150 riders, I began by Torino to Nice adventure. After an Italian breakfast, coffee and a croissant, it was time for the start in Torino at Piazza Giambattista Bodoni. After approximately one hour of riding through the chaotic traffic, I was on my own, onto the big climb of Col de Colombardo. 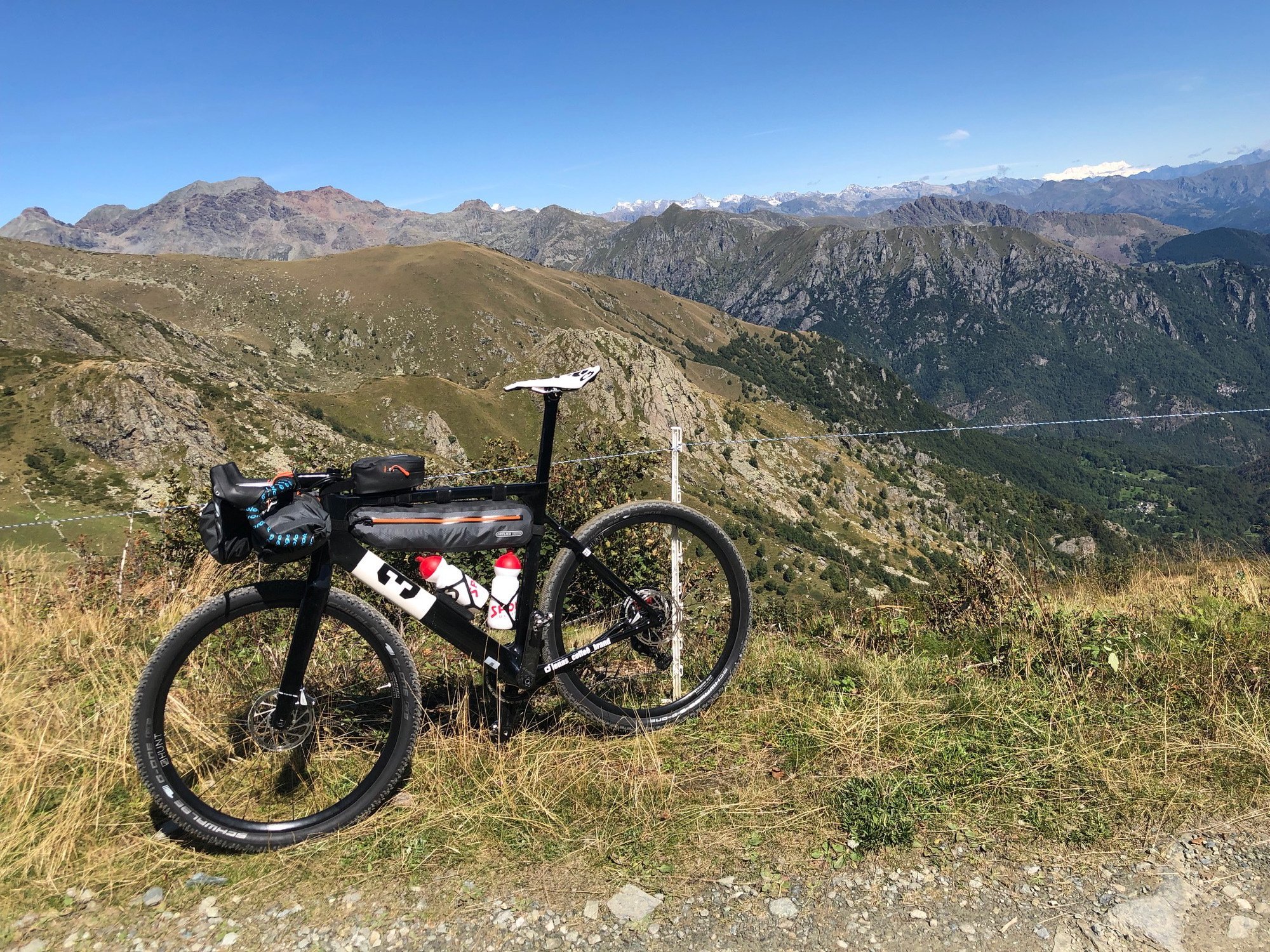 On rough MTB terrain and steep sections, it became a challenge not to dismount. After finding my rhythm I was happy to finish it on the top of this beast and looked forward to the next climb. The Colle Delle Finestre! A famous climb on gravel where Chris Froome launched his race-winning attack for the Giro 2018 pink jersey. 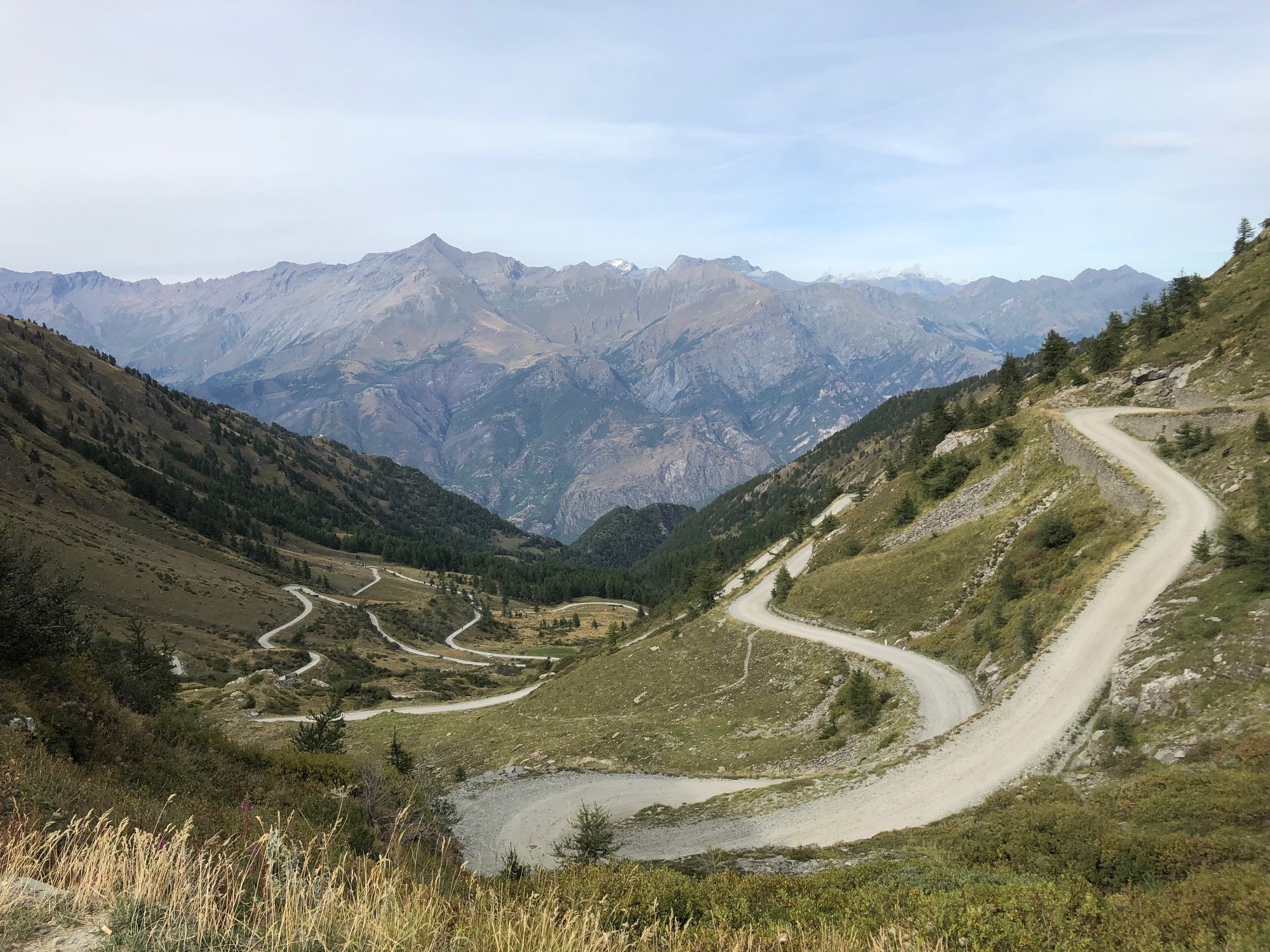 The climb started steep and ended hard. Lots of dust and rubble were to be ridden before reaching the summit. With a stunning view and some shafts of sunlight, the last section of my first stage was close. The Strada Asietta, an old trail from the top of the Finestre to Sestriere above 2,000 meters of altitude with a peak at 2,400 meters. 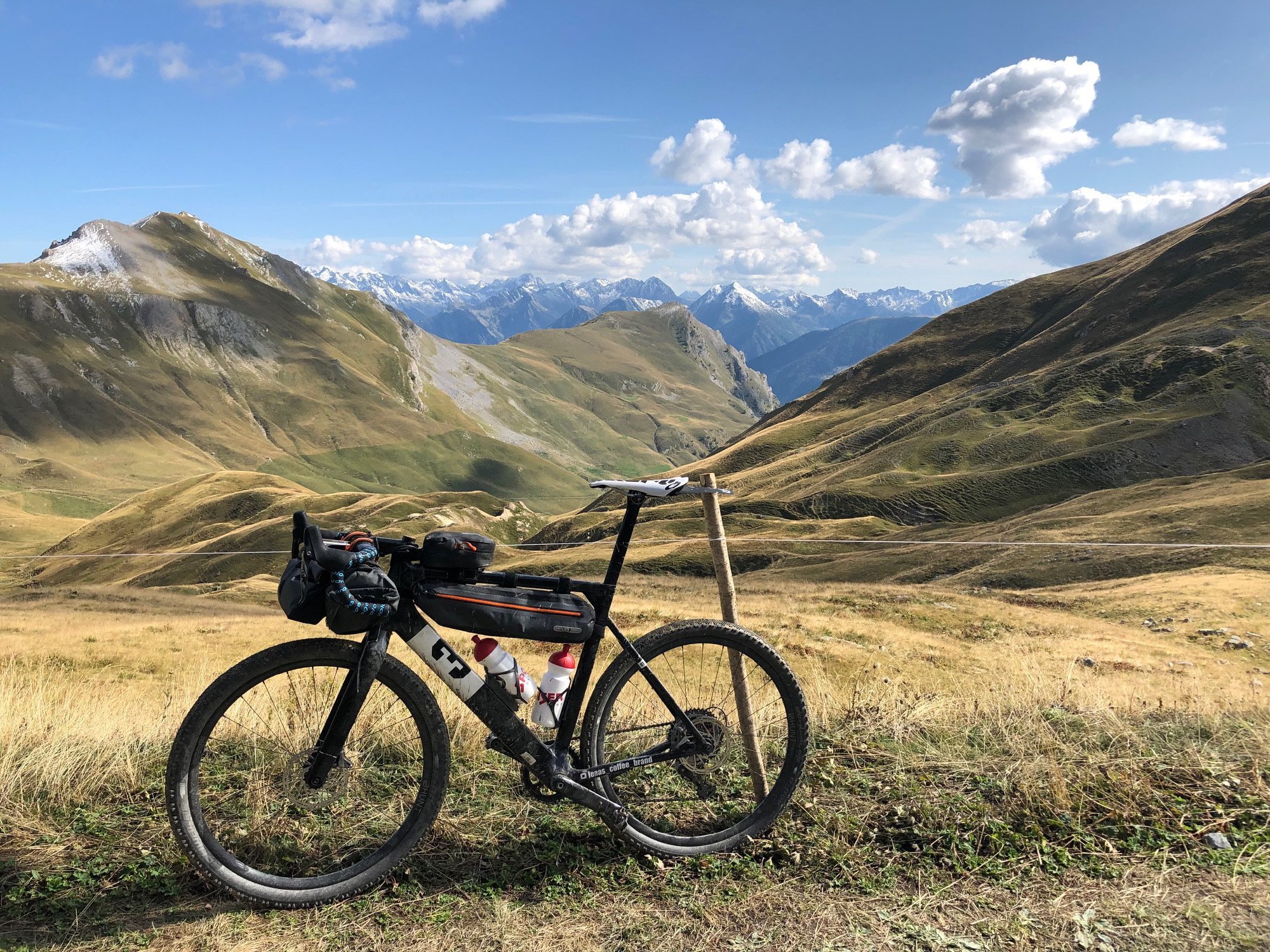 My 3T Exploro and the Schwalbe tires were challenged. After every corner, the terrain changed and it was like a rollercoaster; avoiding a crash while riding full speed to Sestriere. Thankfully I made it and on time. In Sestriere, I had time to ride one more hour before the sun went down so I decided to head to Briancon. There I found a small hotel and a beautiful pizzeria… after 185kms of riding and 5,500 meters of altitude climbed, every pizza on the planet is too small…. such are the circumstances we cyclists have to deal with! 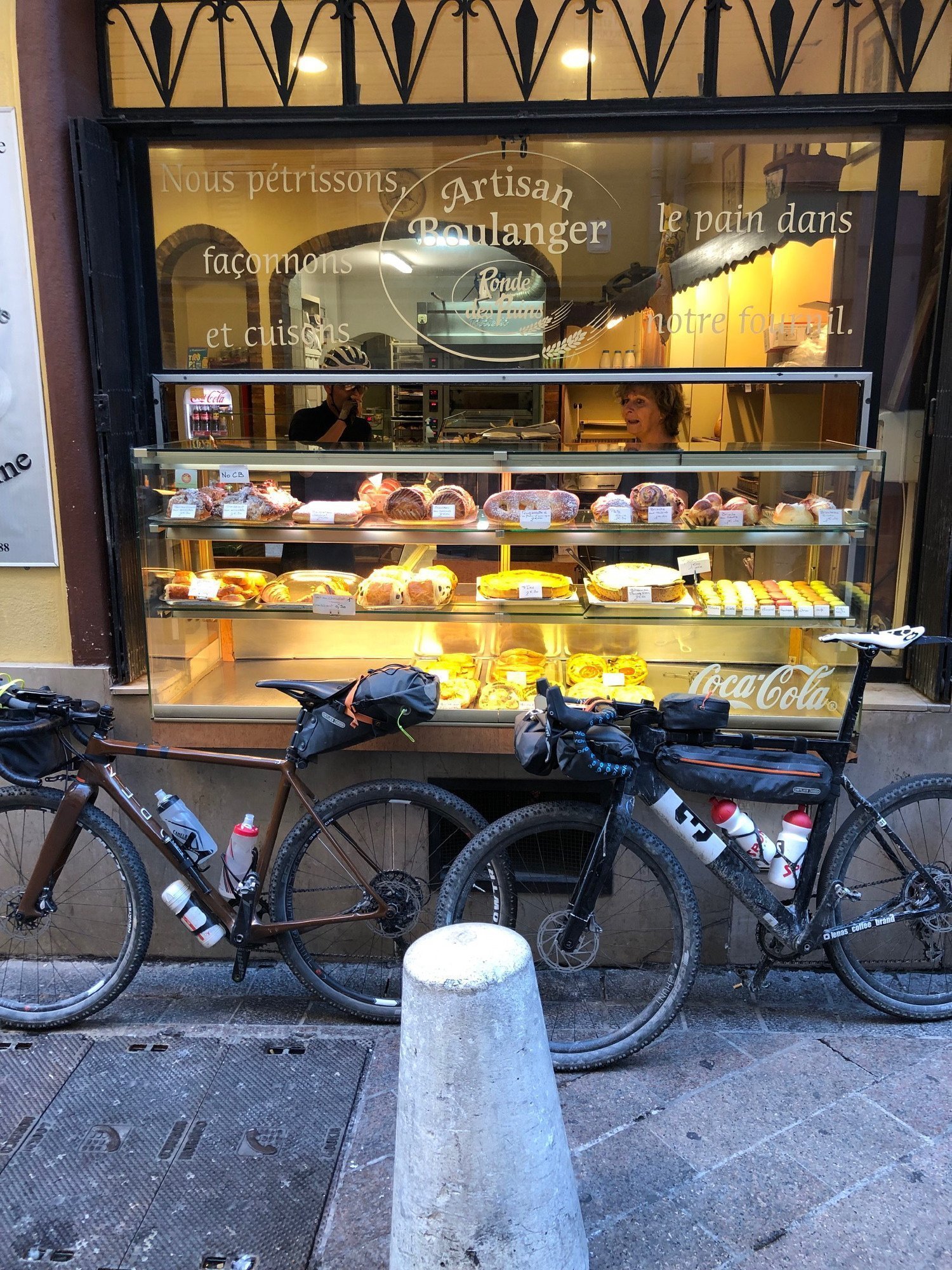 Bad weather on the following day made it a short one. From Briancon, up to the Col de Izoard, I was frozen to the core and had to stop in the middle of the descent to look for a hotel with a warm shower. This was no easy undertaking and the remainder of the day was spent hanging around at a “boulangerie“ (french bakery) waiting for tomorrow. 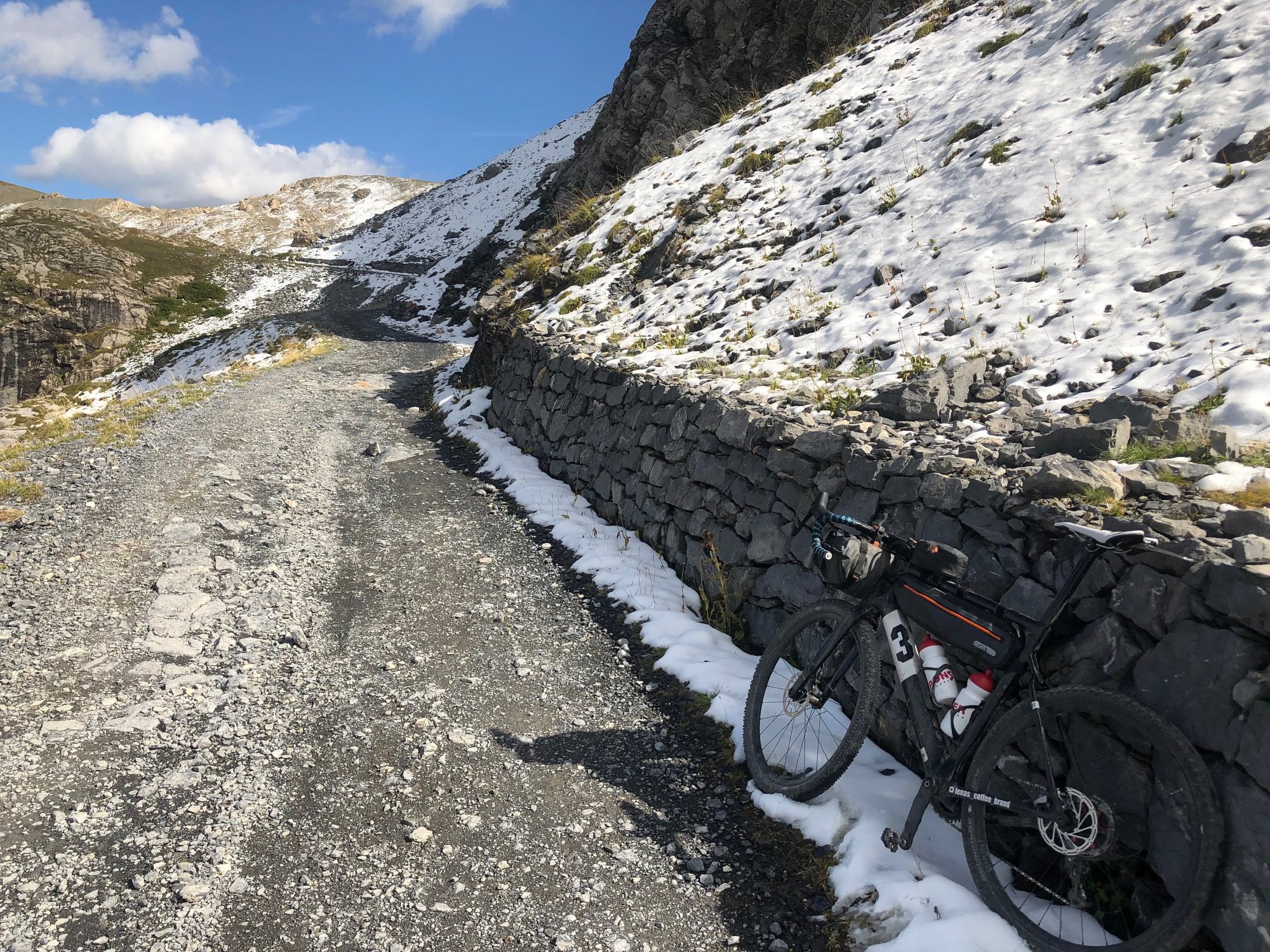 With better weather and a better mood, I began day three on the Col D´Agnello. At its summit, about 2,800 meters above sea level, it was cold and white, snow was laid on the ground. There was no easy way through, so I pressed on, else there would be no reaching the next day. Later, the day was spent riding in paradise. Every climb and every descent gave me the feeling of conquering a new world. 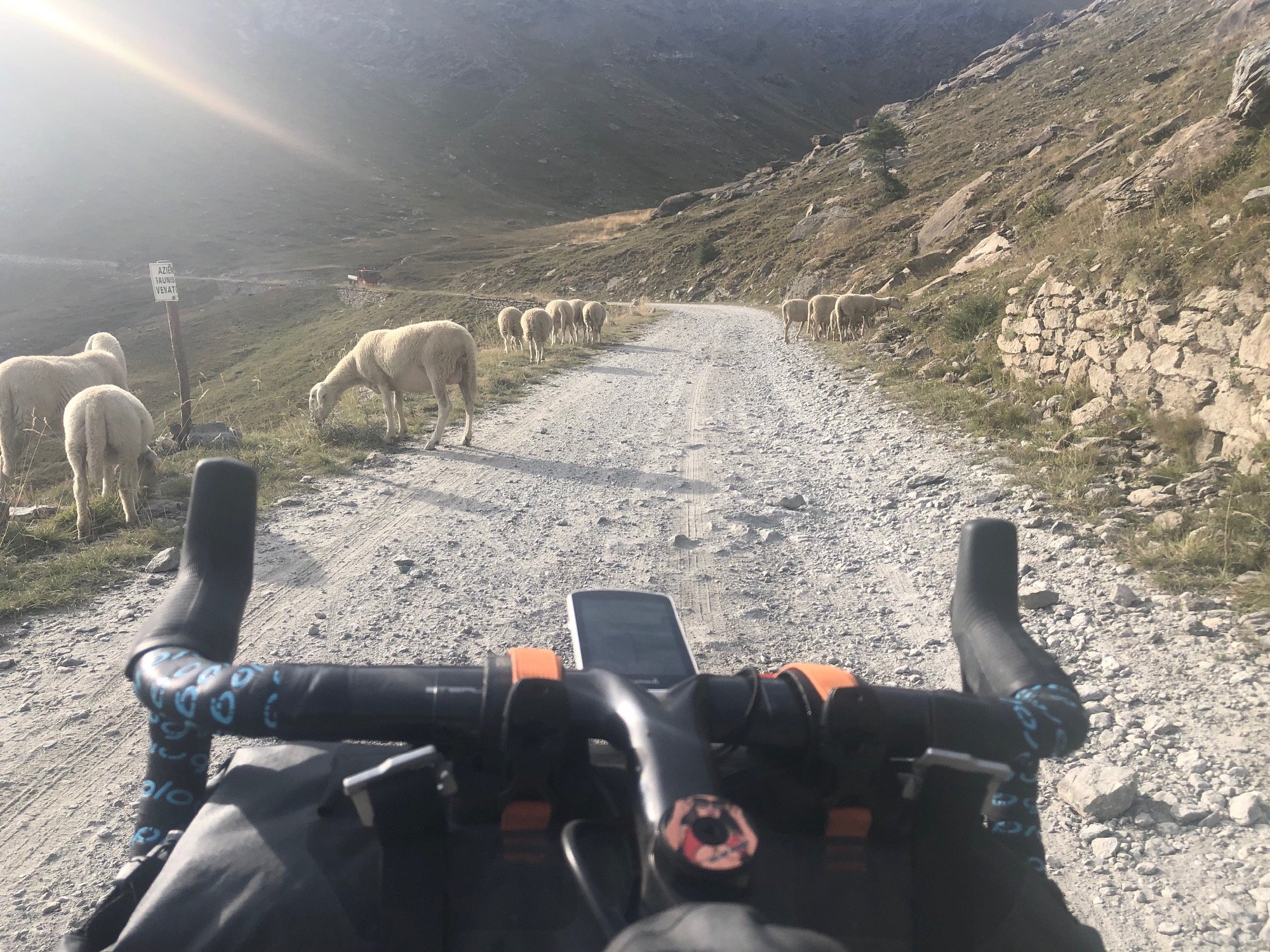 From the rough and cold Col D´’Agnello  to Col de Sampeyere, the landscape offered all the magic moments you only will find in the wilderness. Various animals on and next to the road, waterfalls and a never-ending panorama, the entire day was like in a storybook. The day ended with pasta and red wine in Limone Piemonte. Without a doubt, one of my best days on a bike, ever. 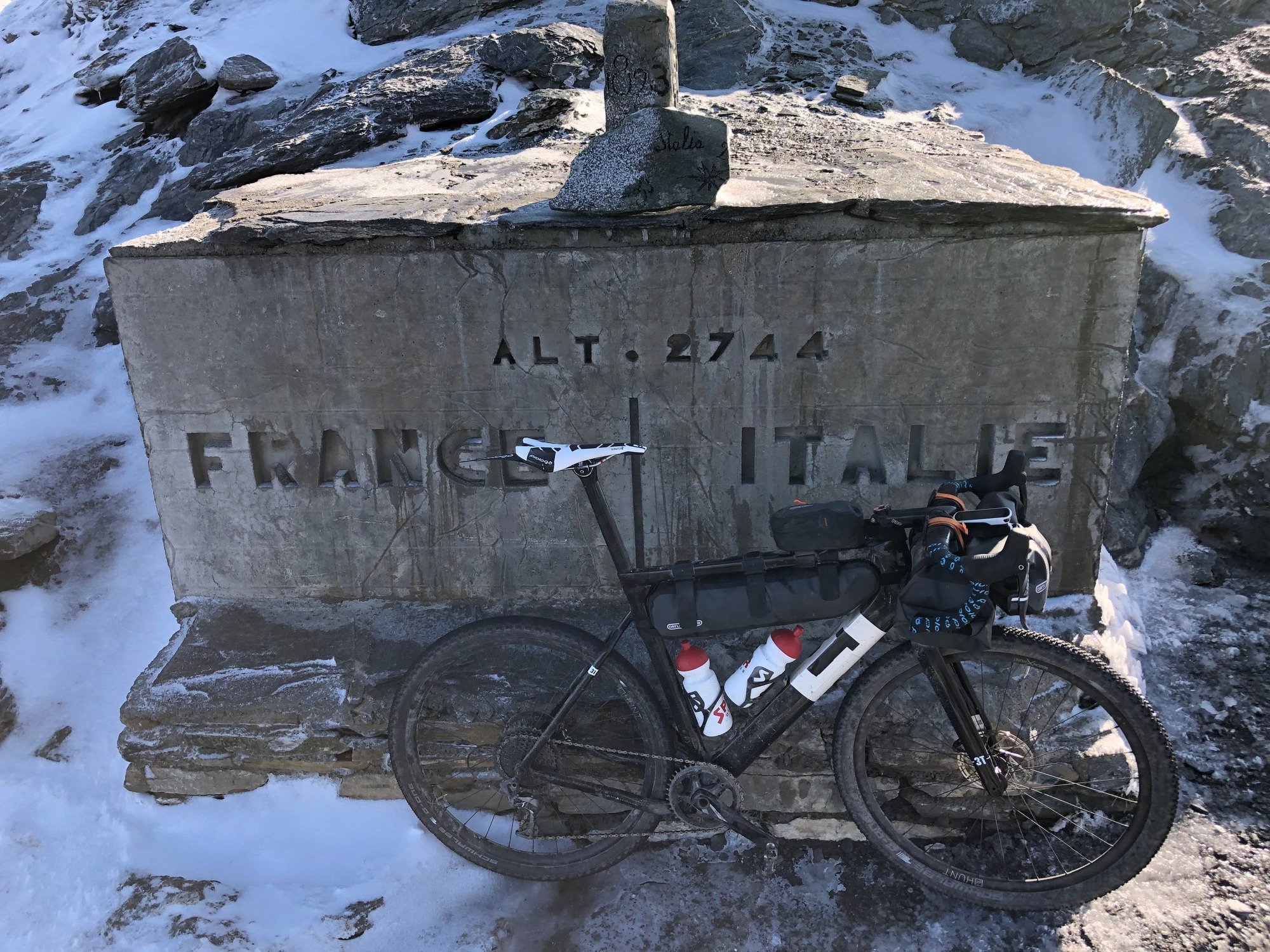 Day four and the final day to reach Nice! The sun was rising when I finished the first climb of the day, the Col de Tende. At the same time, this climb was the border to France. Ruins of old bunkers served as a contemporary witness of the French-Italian war. Thankfully those days are long past and we can go virtually wherever we like by bicycle! 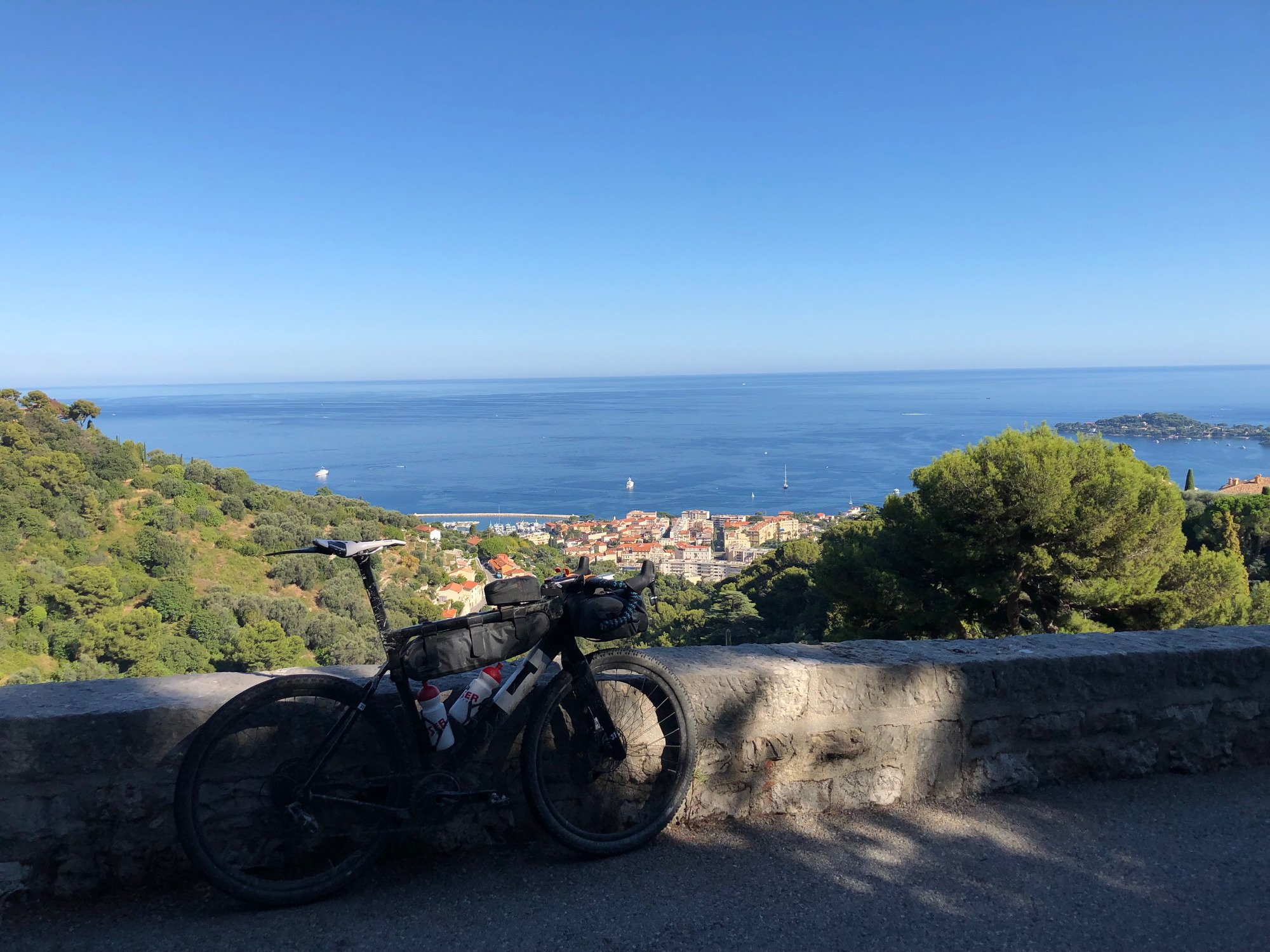 Descending the Col, a warm coffee was required. Served with a French croissant, they were a perfect way to overcome the last three mountains including the legendary Col de la Madone ahead of Nice. The ride alongside the Cote D´Azur was sunny and the perfect way to ride the final kilometers before reaching “Cafe Du Cycliste“ in Nice, the official finish of the Torino-Nice Rally for 2019.

As I recovered with a cold banana shake and coffee at CDC, I thought about the last days and realized, it was one of my best adventures yet, and hope to return for 2020. Thank you Kay for the idea. Challenge completed!