The first time you meet Giorgio, the first time he introduces himself to you, you’d never say that this man talking to you so peacefully, without ever raising his voice a tiny bit; this man smiling with poise and moving carefully… you’d never say that he might have inside of him both the physical strength to bike nonstop day and night for almost a week, and the artistic strength to create artworks. Nonetheless, Giorgio Dalla Costa, a 49 year old man from Lonigo (Vicenza) exactly does this: he rides and he creates artwork. 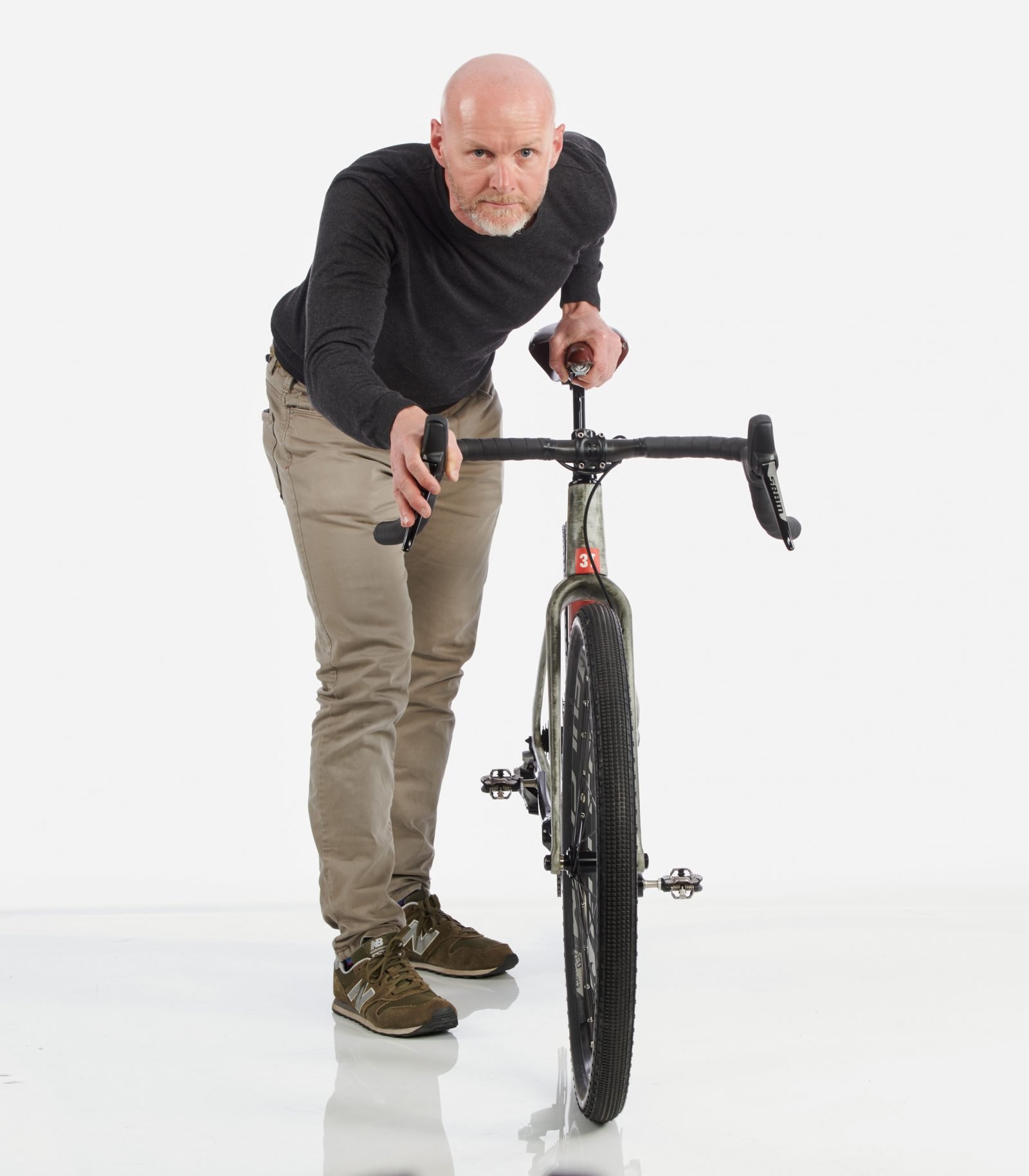 An artist-cyclist, or better “ultra-cyclist”, as long as this label adapts to his way of cycling. Indeed, as when Giorgio is doing art, making the cranks spin means traveling inside himself: starting an introspective research throughout what he calls “the unknown”. His goal is to unveil the truth, to unmask himself with the help of the unforgiving roads. 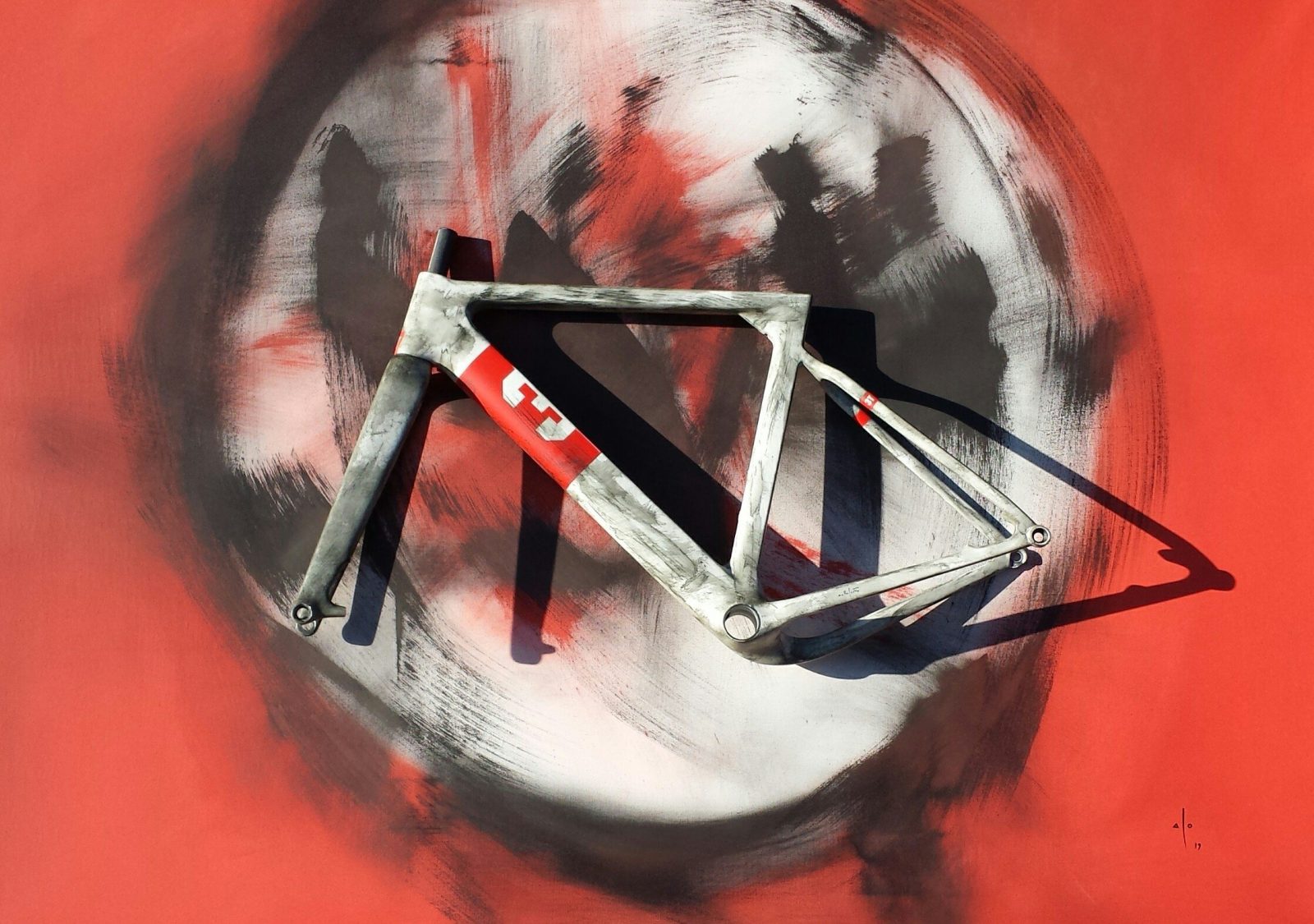 Clearly, Giorgio doesn’t perceive his being both a cyclist and an artist as two antagonist identities, so that often, instead of canvas, he prefers to paint bike frames. And it is funny to mention how in Italian the two words sound quite similar: “telaio” (frame) is made of the same letters as “tela” (canvas), plus “io” (me). 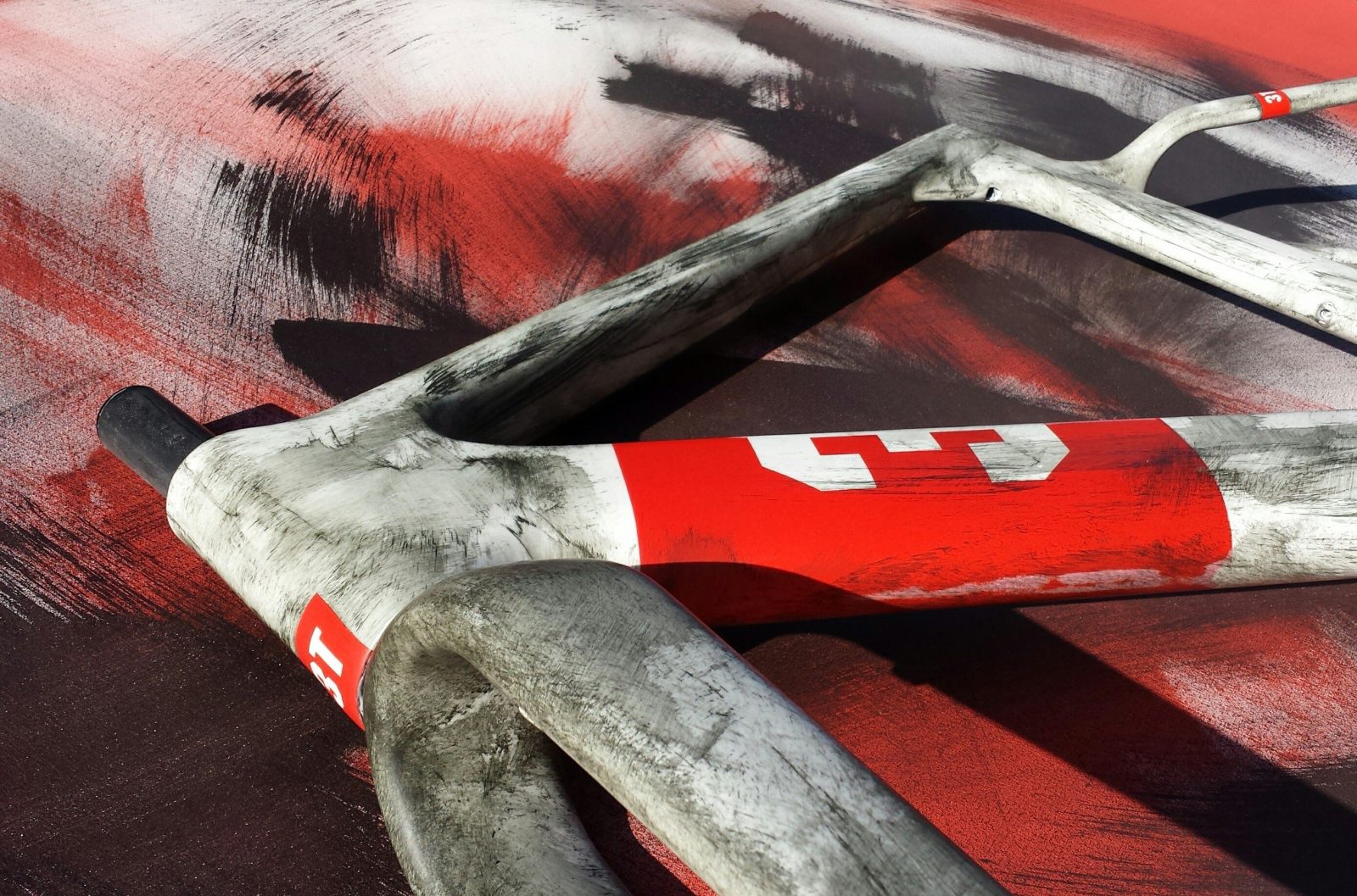 Indeed, there will be a specific day when the fusion of Giorgio’s two biggest passions will reach the peak, and it is the upcoming 25th of April, when he will participate in the Italy Divide. That day, Giorgio will start a ride of more than 1200 km together with two hundred other participants, biking from Naples up to the North point of the Garda Lake, in Trentino Alto Adige. Above all, Giorgio will undertake this challenging adventure with his Mia, the Exploro that he made and became a beautiful artwork. 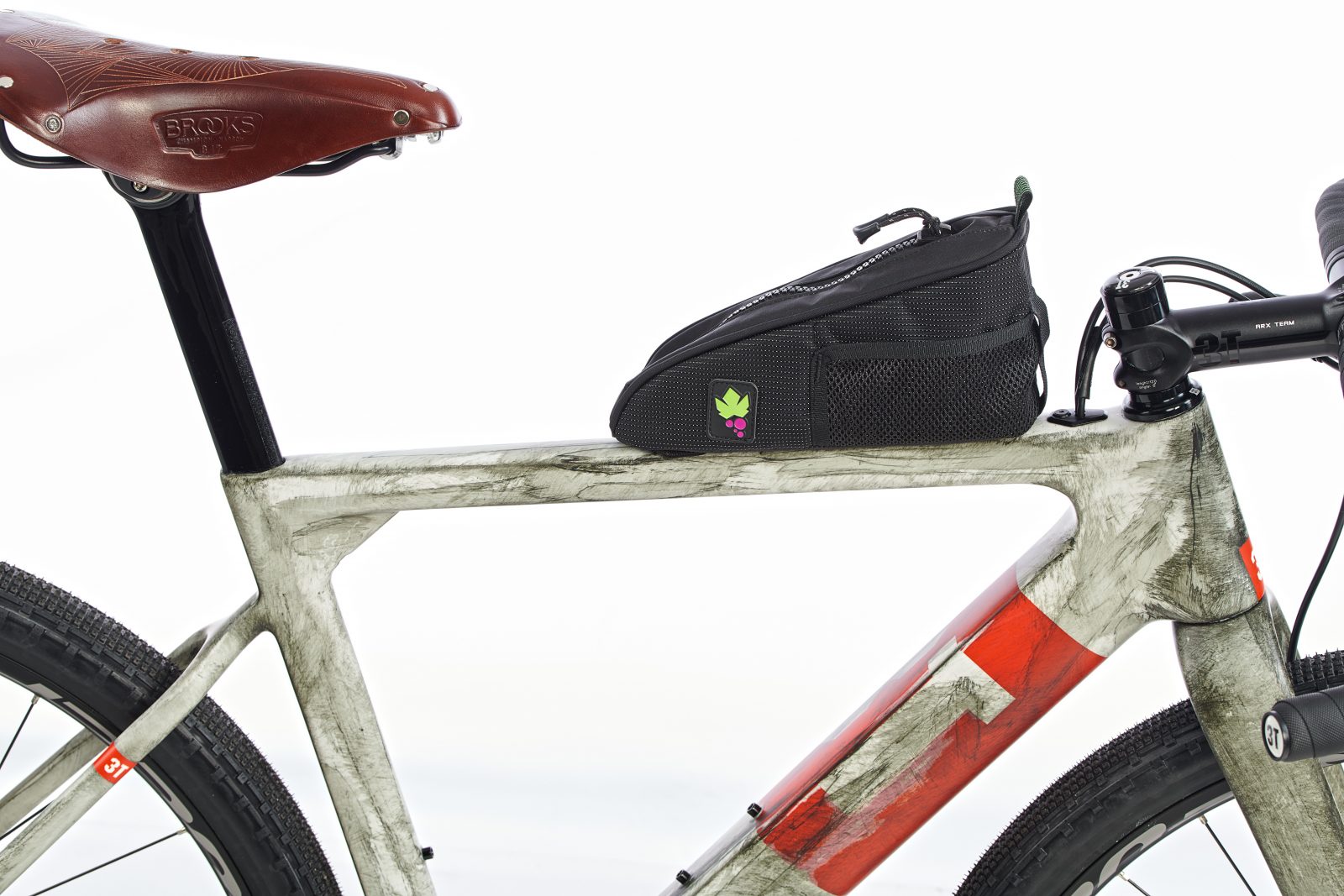 Once at dinner, Giorgio told us how Mia was born. He was scratching the original white paint of an Exploro frame, like he usually does on each frame he customizes, but this time he didn’t feel right doing this. He felt sorry to unfairly ruin such a perfectly new frame. Then he thought: “Whatever! This bike is mine and I’ll do what I want with it!”. What he obtained is a frame where the pencil’s graphite has created a dirty, evil, and aggressive look, all characteristics that you wouldn’t match with Giorgio, but which apparently correspond to a part of him… And, in fact, how would he reach the end of a challenging undertaking like the Italy Divide otherwise? 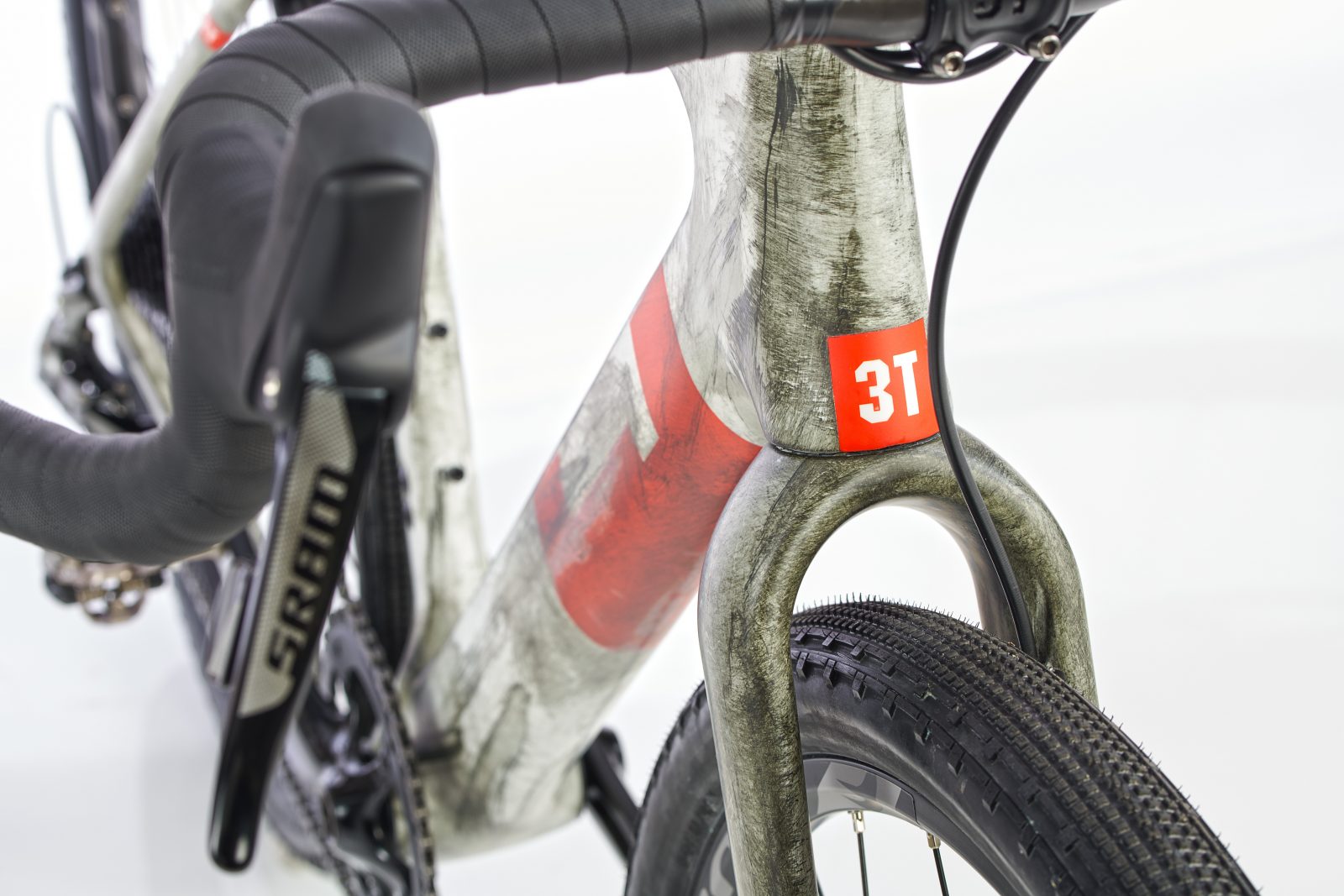 “A bike frame”, – Giorgio says, – “a 3T Exploro in this case, that becomes canvas expresses my life choice to accept and be thankful towards Art expressing herself spontaneously, without any compromise, traveling, dreaming, feeling free. […] Taking one of my artworks, Mia, for a trip, becoming an integral part of it myself, and going through my beloved Italy, represents an incredibly personal experience: challenging myself without the necessity of paying attention to the performance, but with a smile and willing to tell a story.” 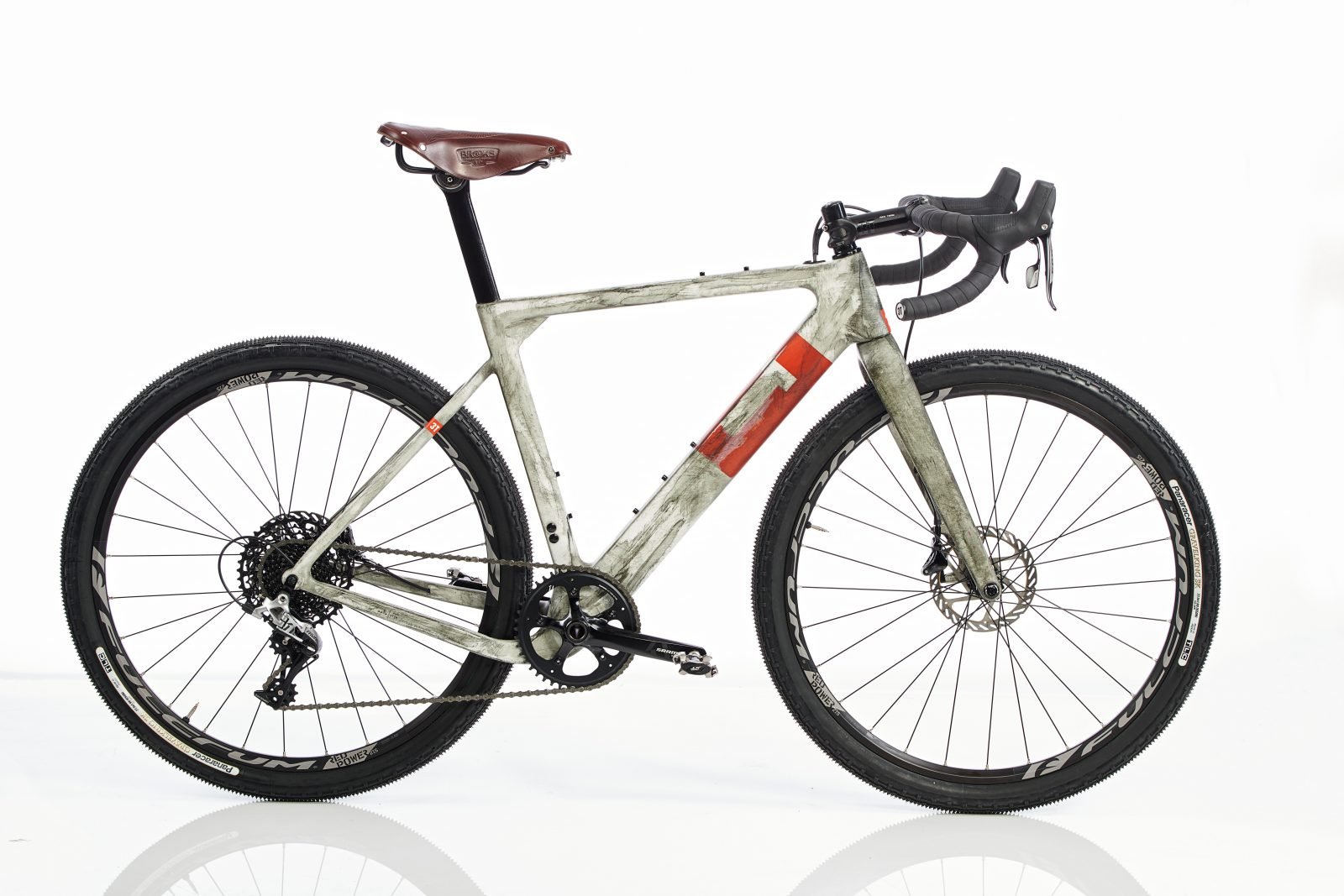 And last but not least, on the 4th of May, at the Riva Bike Festival we will have the chance to see Giorgio-artist in action, giving birth to an artwork live. At the 3T stand, he will perform an action painting session, transforming another Exploro frame in a new piece of art. Well, this as long as he reaches Torbole in time, of course… but we have no doubt on that! 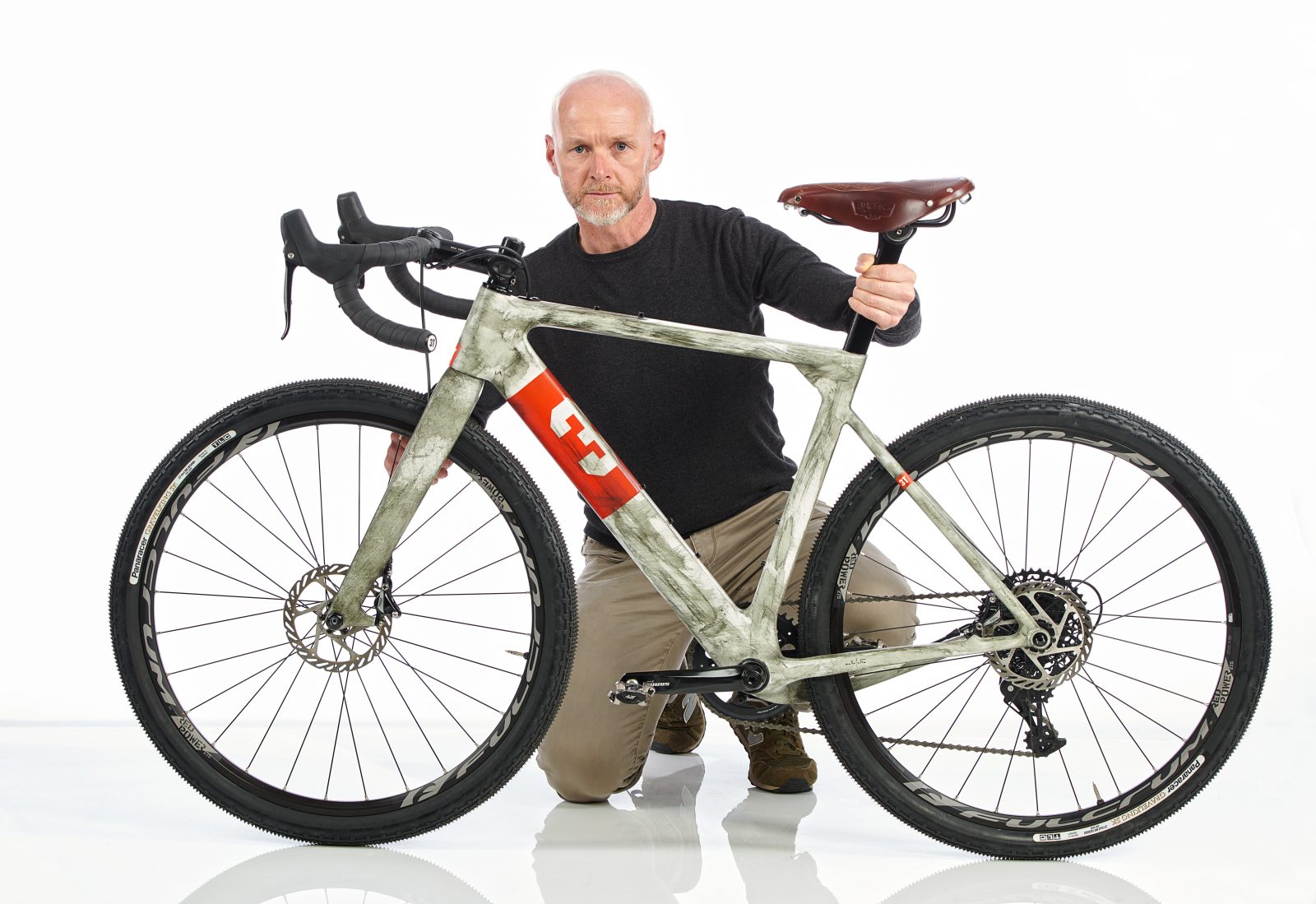