Having complete freedom to get creative with custom paint can be a dangerous thing. There’s always the potential to overthink it. To try too hard. I’ve seen some really “out there” designs in the past and wondered what on earth someone was thinking.  I get it, and each to their own, sure, but I often think about whether that design might still seem so appealing in 5 or 10 years time 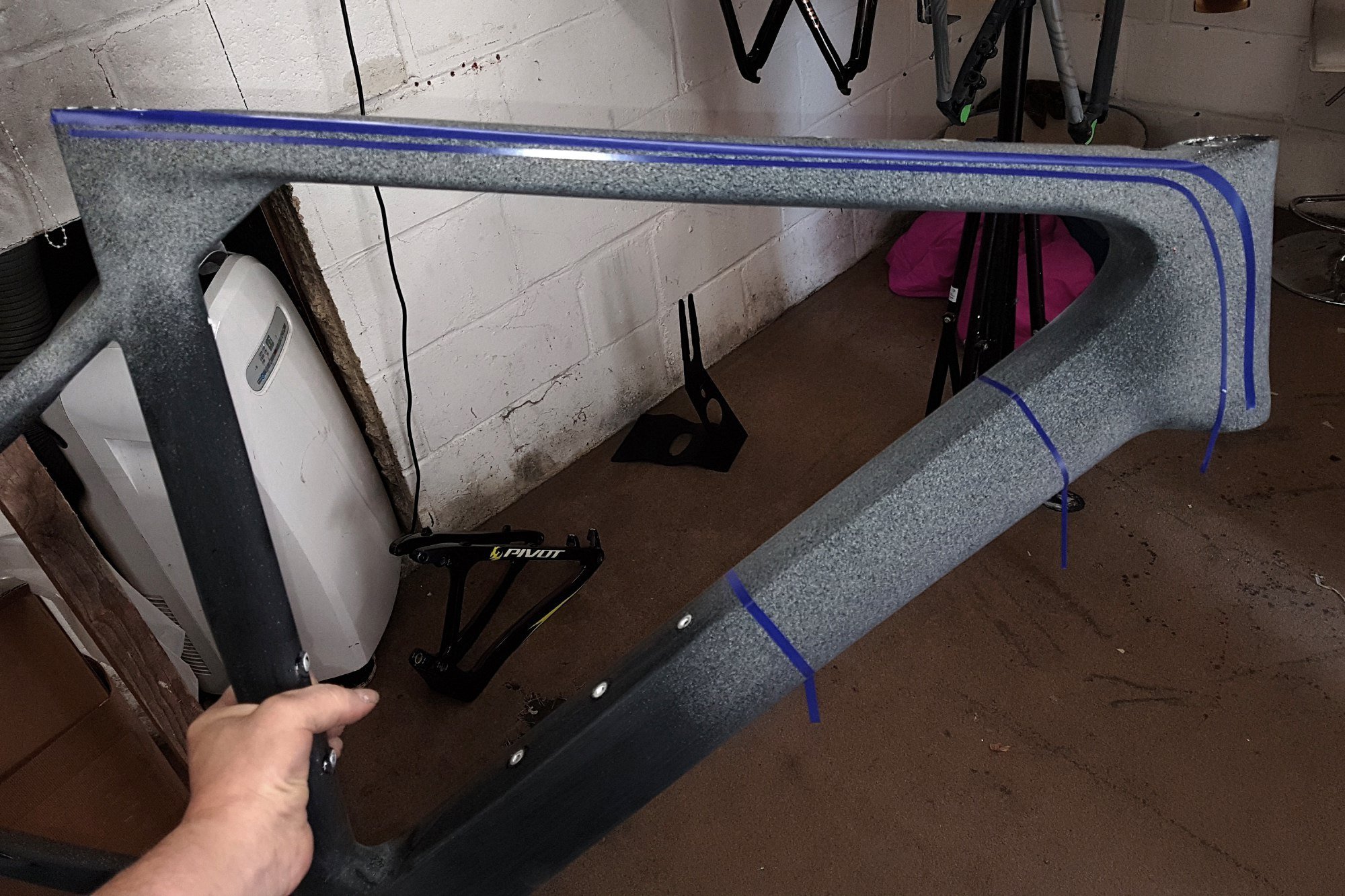 Because in my mind bikes that you go to the trouble of making so individual as to custom paint, should be keepers. Well, for a good few years at least. So given the chance to put my own stamp on this 3T Exploro I was keen to try and create something fairly timeless that would still hold a gaze for years to come. 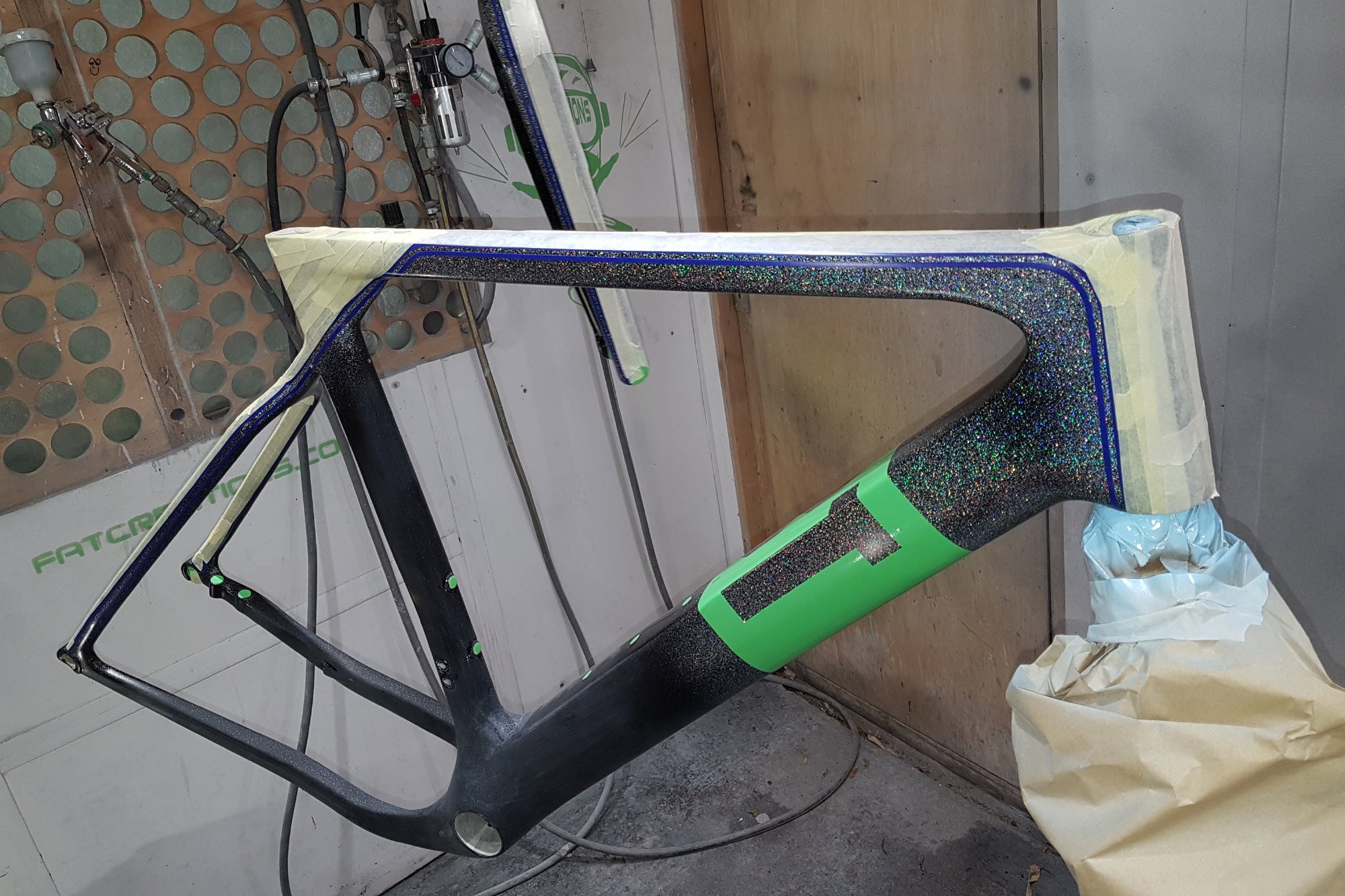 At my disposal was south coast paint wizard, Ali McLean, founder of Fat Creations (fatcreations.com) Together we threw around some ideas, based on the themes I had in mind. I was pretty set on the base colour.I wanted a glossy primer grey. I’d seen a couple of really cool custom VW vans in this finish, and the deep lustre lacquer over flat grey I think just looks really classy. That was the beginning of the picture of the bike forming in my head, but I was also aware that a grey bike could potentially be quite boring, so I wanted to jazz it up. 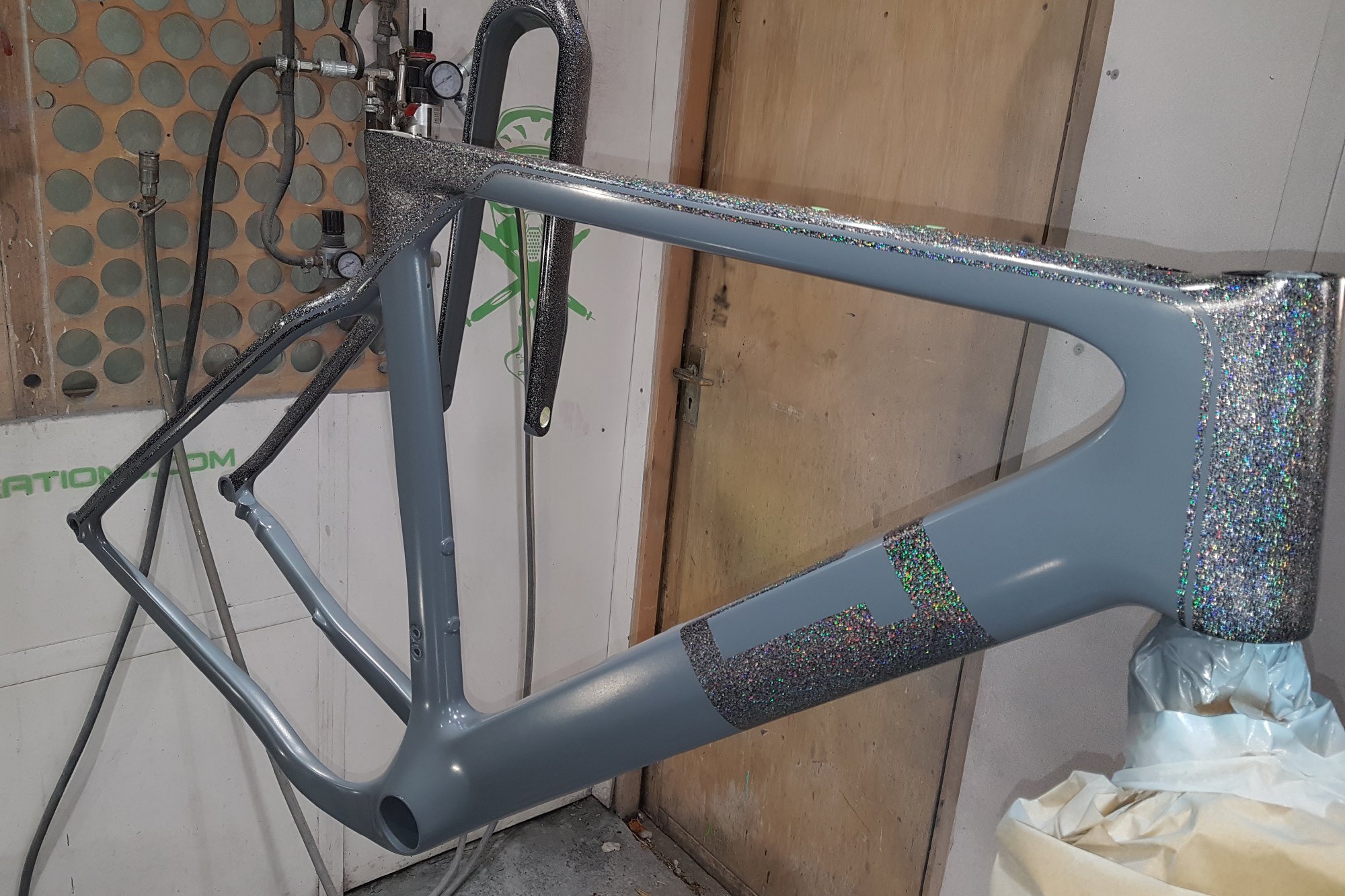 Originally my plan had been to use some glitter coat in certain areas – inside the fork legs and maybe inside the chain stays and seat stays etc – to make subtle accents, perhaps with a colour tint too that would only be really visible in certain lights or at certain angles. But Ali set me onto the path of going with the full glitter effect and once I’d seen a few examples of how it might look, I never looked back. 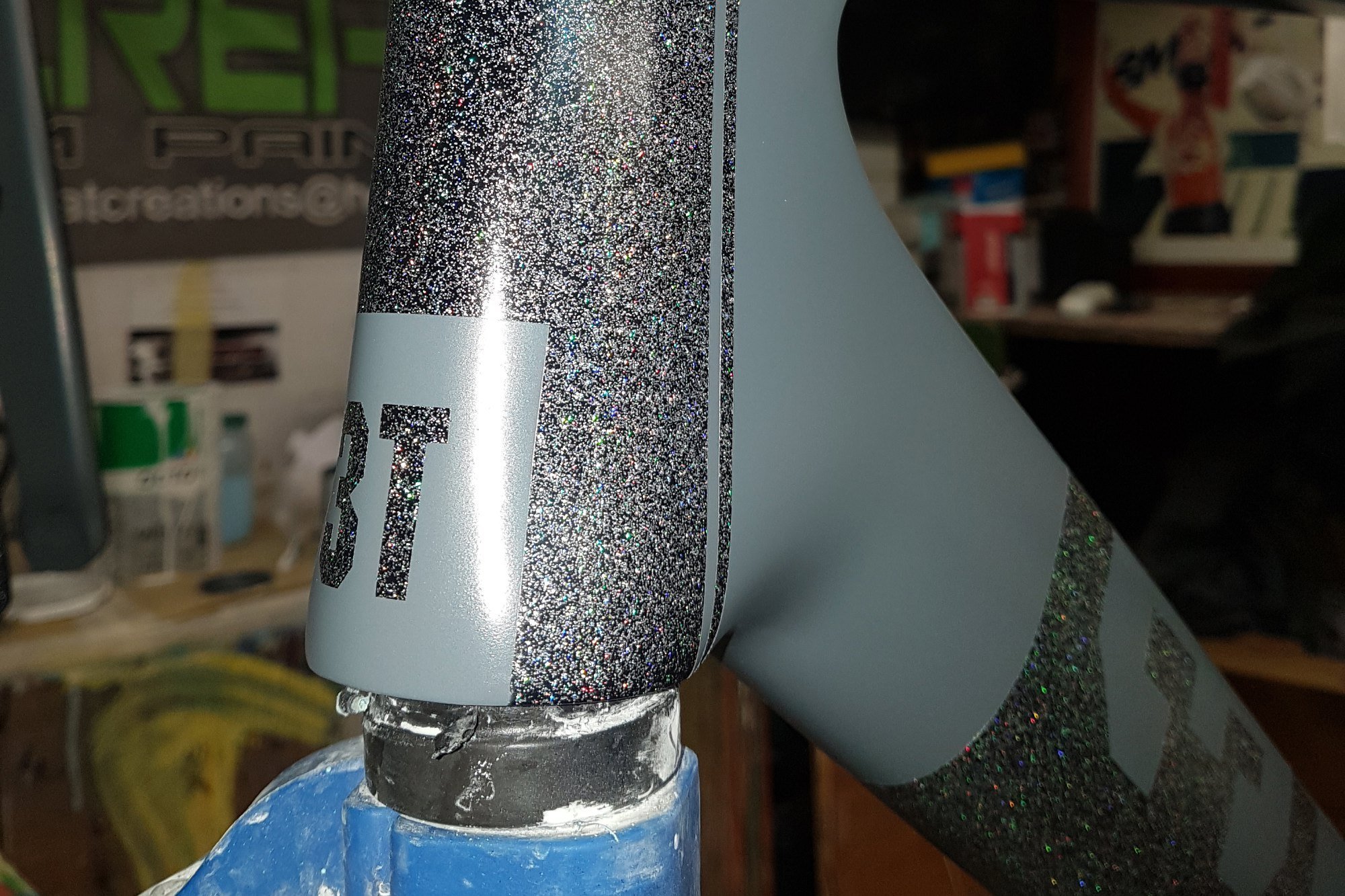 The glitter paint is a labour of love for Ali, requiring the build up of many coats to achieve the desired depth and lustre to give it the perfect finish. It really brings the frame to life in the sunshine, simply dazzling when the light catches it just right and it’s almost impossible for photos to do it justice. It makes all the hard graft worth it. 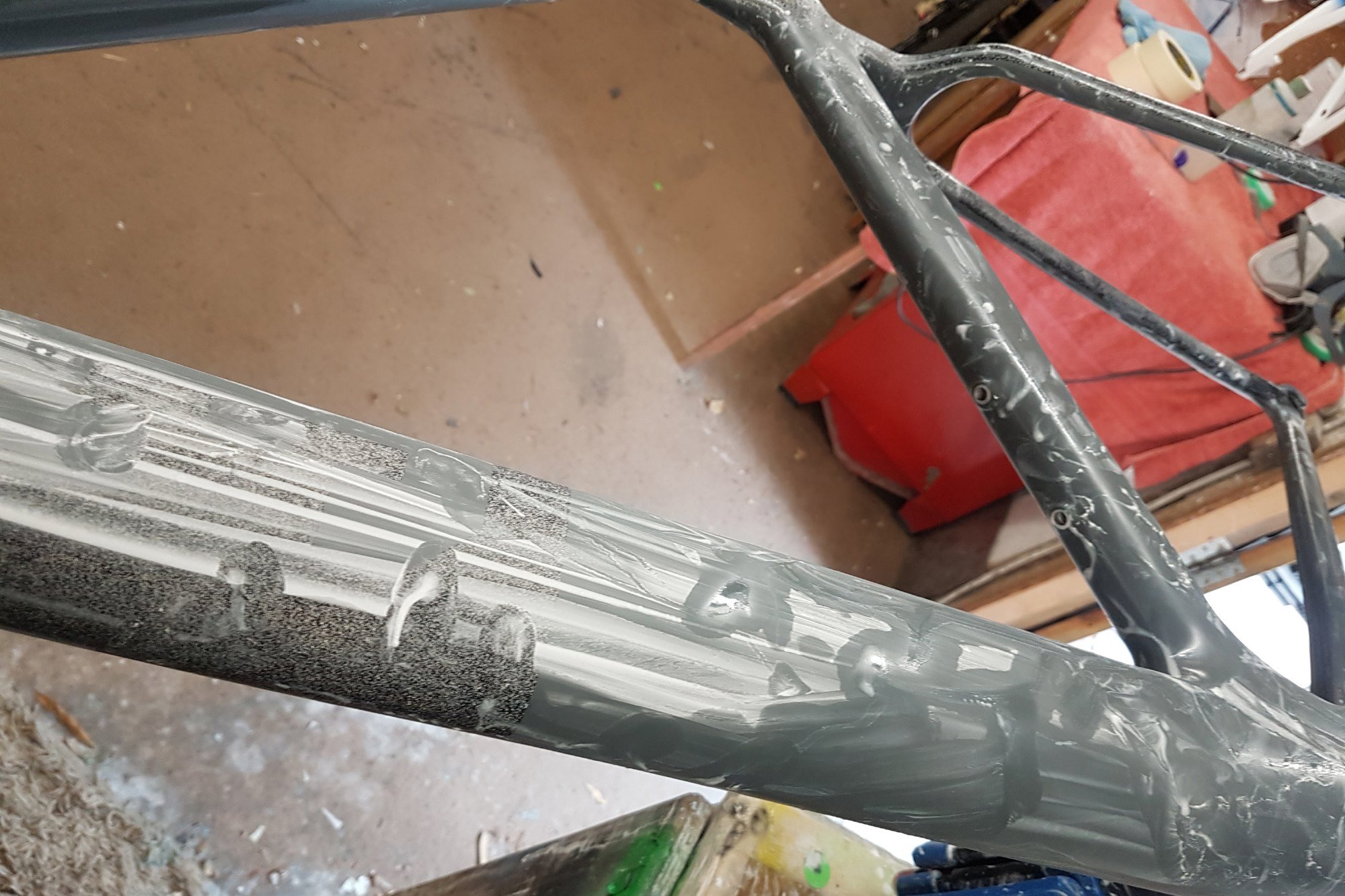 From here on in it was just a case of working out the finer details, like where on the frame the paint transitions would occur, how we would make the transitions – solid lines, pin stripes, or soft blend – what colour to make the 3T logo, and lastly….would we also paint a matching pair of Fox AX suspension forks to really make this bike as versatile as possible? The latter was a no-brainer for me. 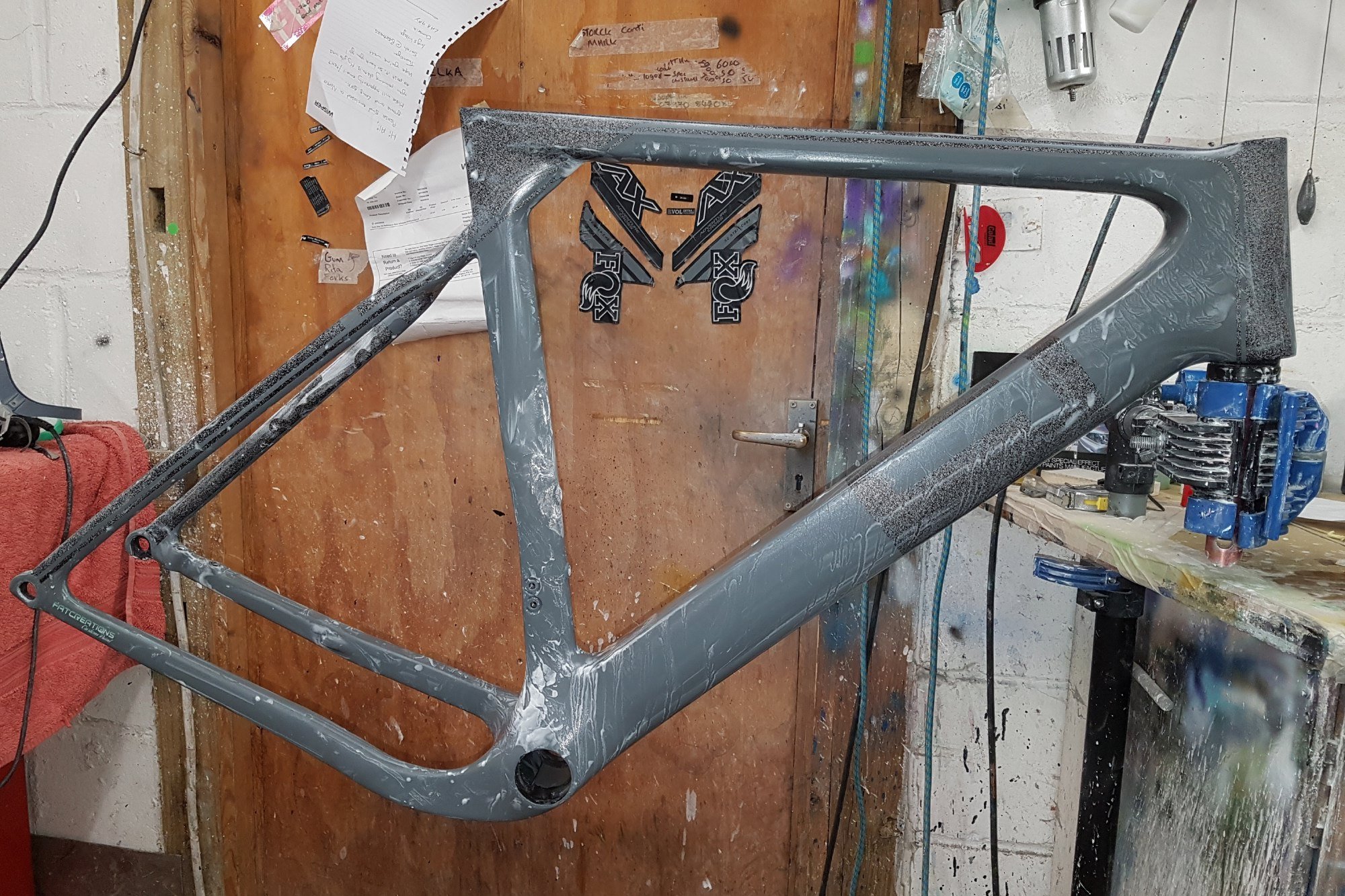 This bike was being created first and foremost to compete at the Grinduro event on Arran, Scotland, which I knew would throw up all manner of surfaces so I was all in on the suspension fork idea straight away. I knew that 40mm of travel would be perfect for some of the Grinduro’s more rugged, rocky trails, whilst the lockout would keep it feeling spritely on the tarmac. Win win. 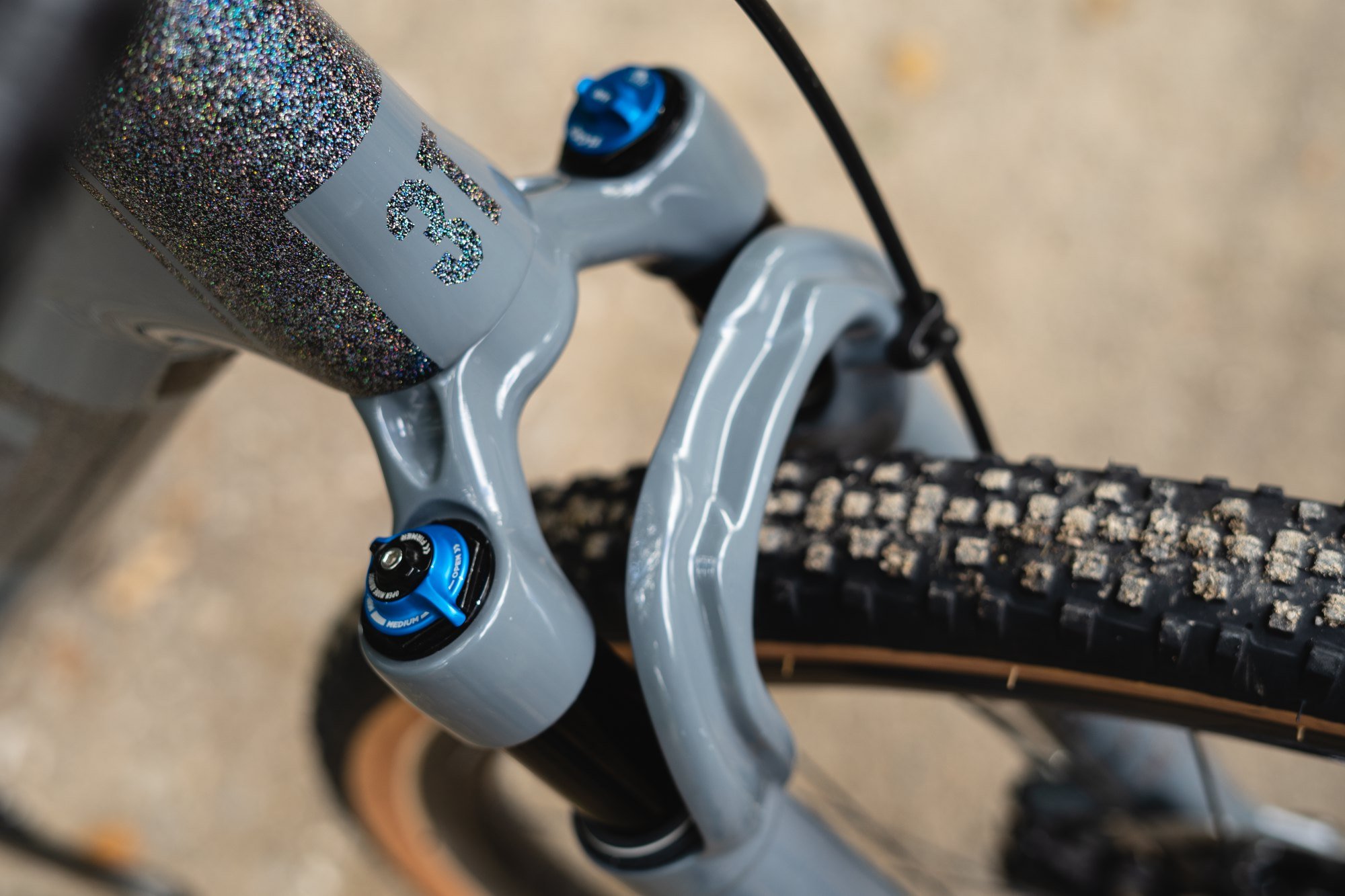 What’s more when Ali told me he could completely match the graphics on the fork but in the custom paint scheme I was over the moon. Ali uses no graphics at all. Everything detail on his bikes is painted, sometimes unbelievably painstakingly masked by his partner Bex, but so relentless is their attention to detail it’s the way it has to be. 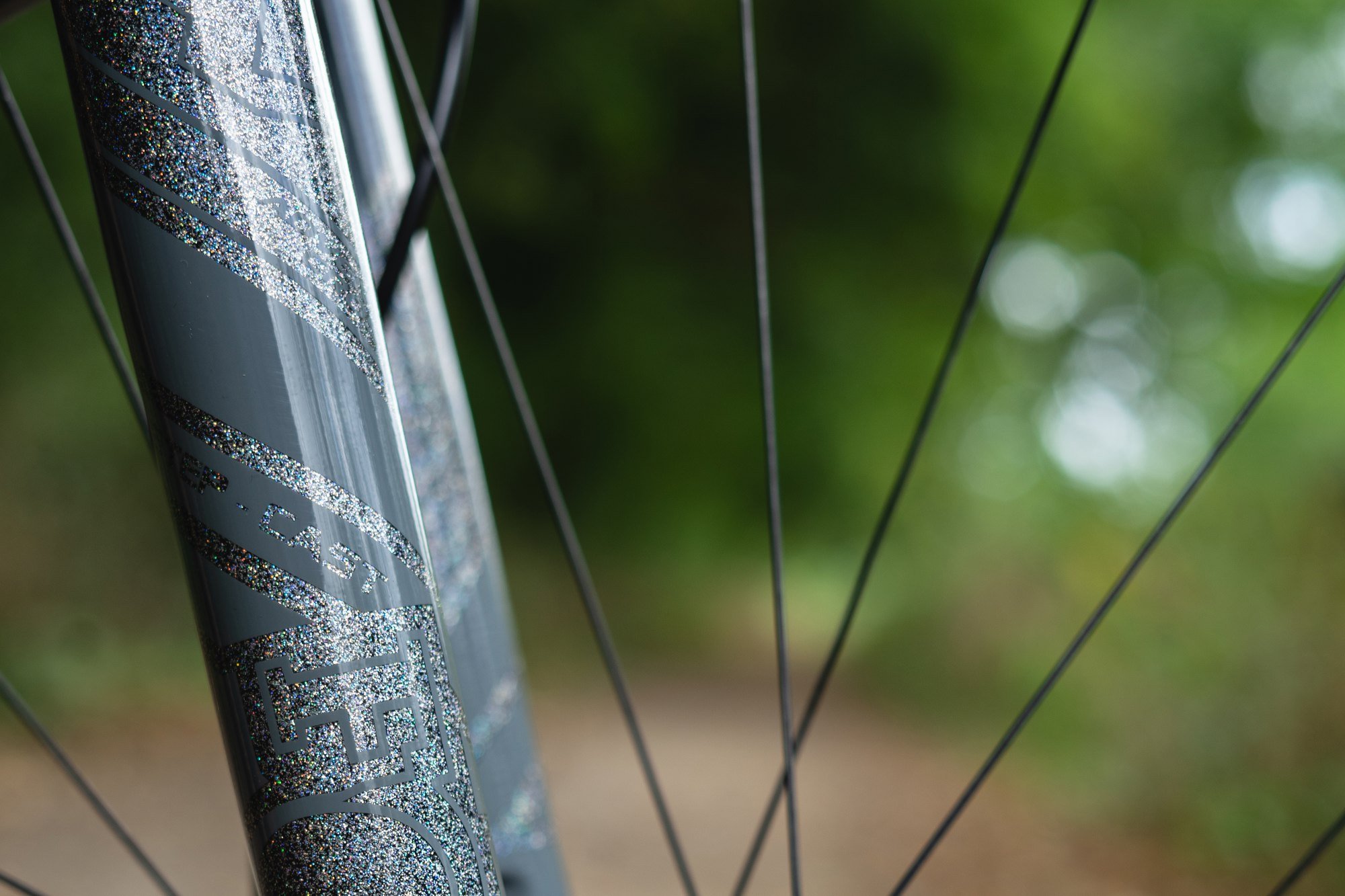 The result speaks for itself. This is a truly remarkable paint finish that has always garnered a lot of admiring glances and comments. It has far exceeded my original expectations, mainly thanks to Ali.

Not only does it look incredible it rides superbly too, with a 650b 3T wheelset, WTB Resolute 42mm tyres and 3T finishing kit. It made the Grinduro event that bit more pleasurable to look down between my legs occasionally as I whipped through the stunning Scottish trails and just get a glimpse of that glittering paint catching in the dappled sunlight. 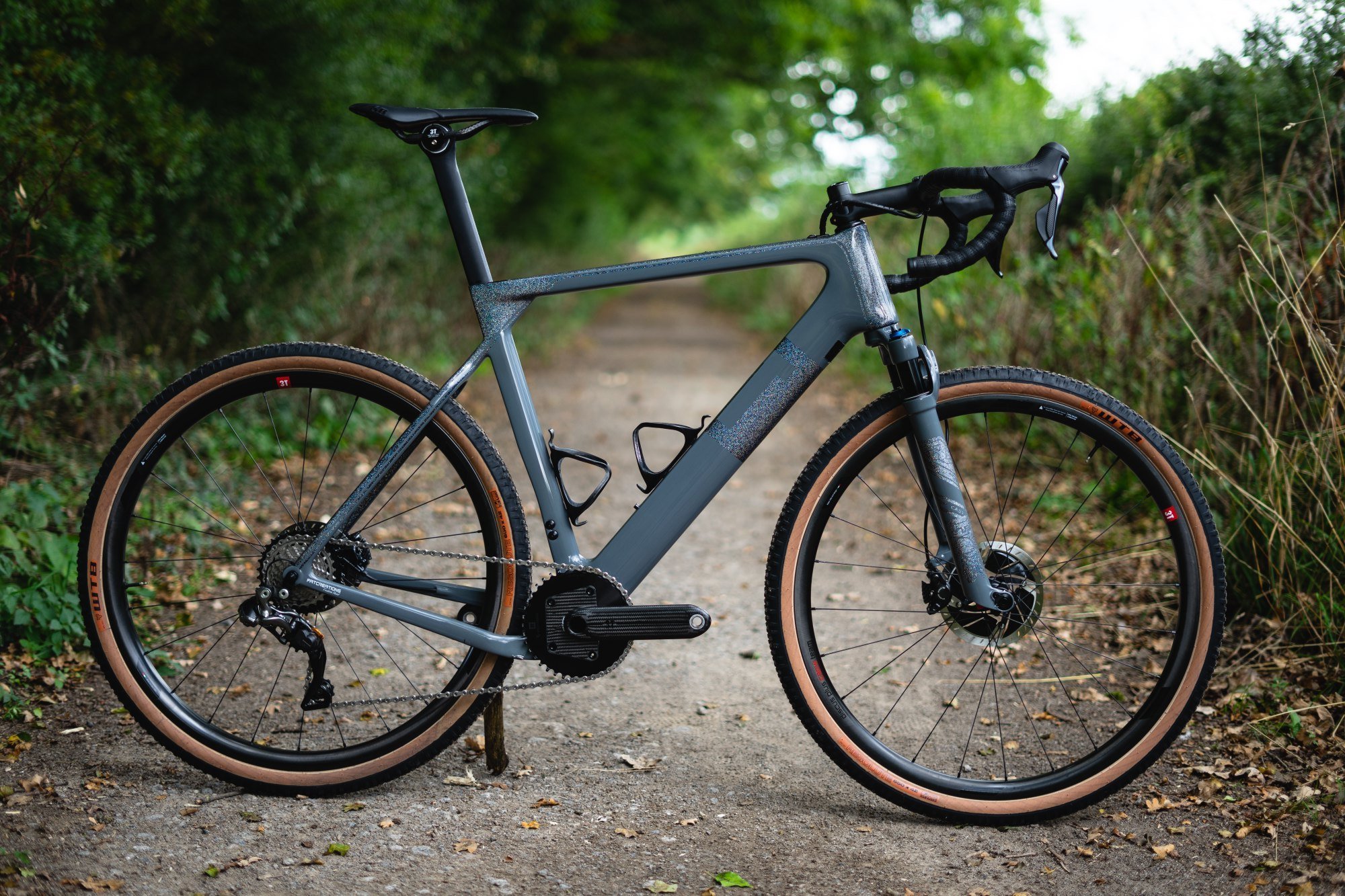 It’s since become my favourite and go-to bike, incredibly versatile, such that it has no problem keeping up on the Sunday club run (Forks locked out, with a wheel swap to 700c with 30mm road tyres) combined with the capability to take it down some fairly serious off-road trails when that takes my fancy too. It’s a bike that grabs the essence of why we ride, with both hands.

ENJOY THE REST OF THE PHOTO GALLERY HERE: 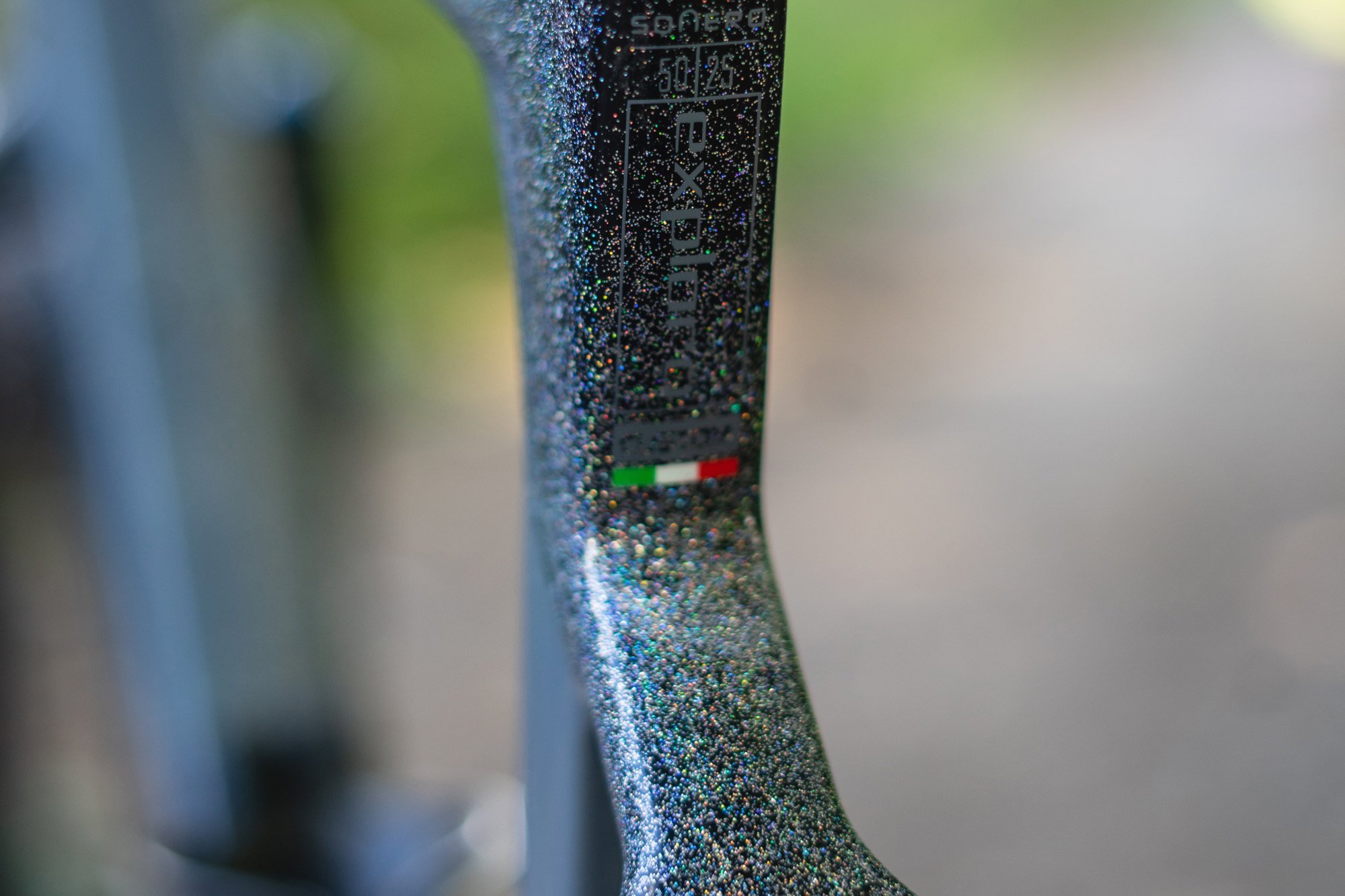 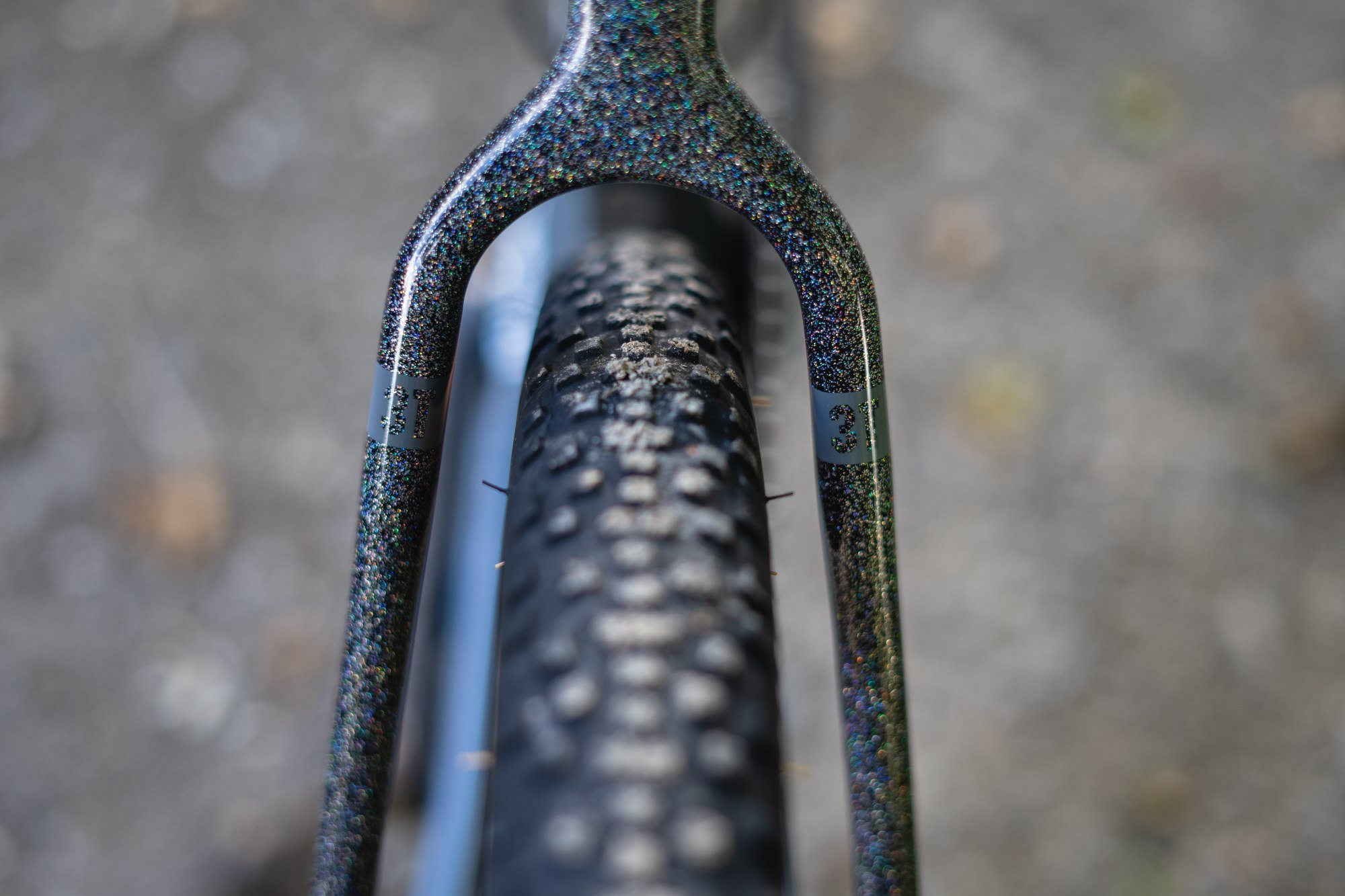 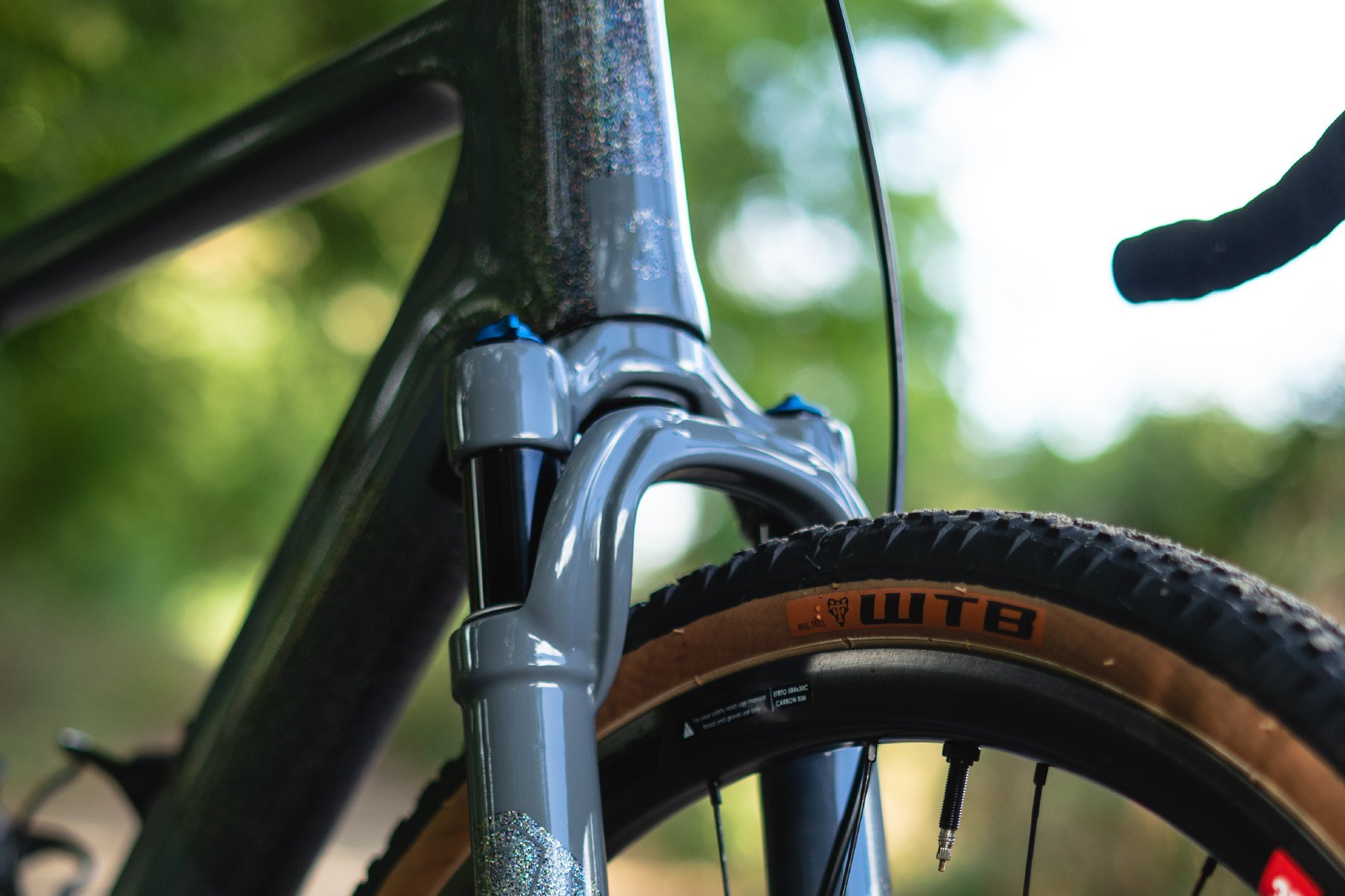 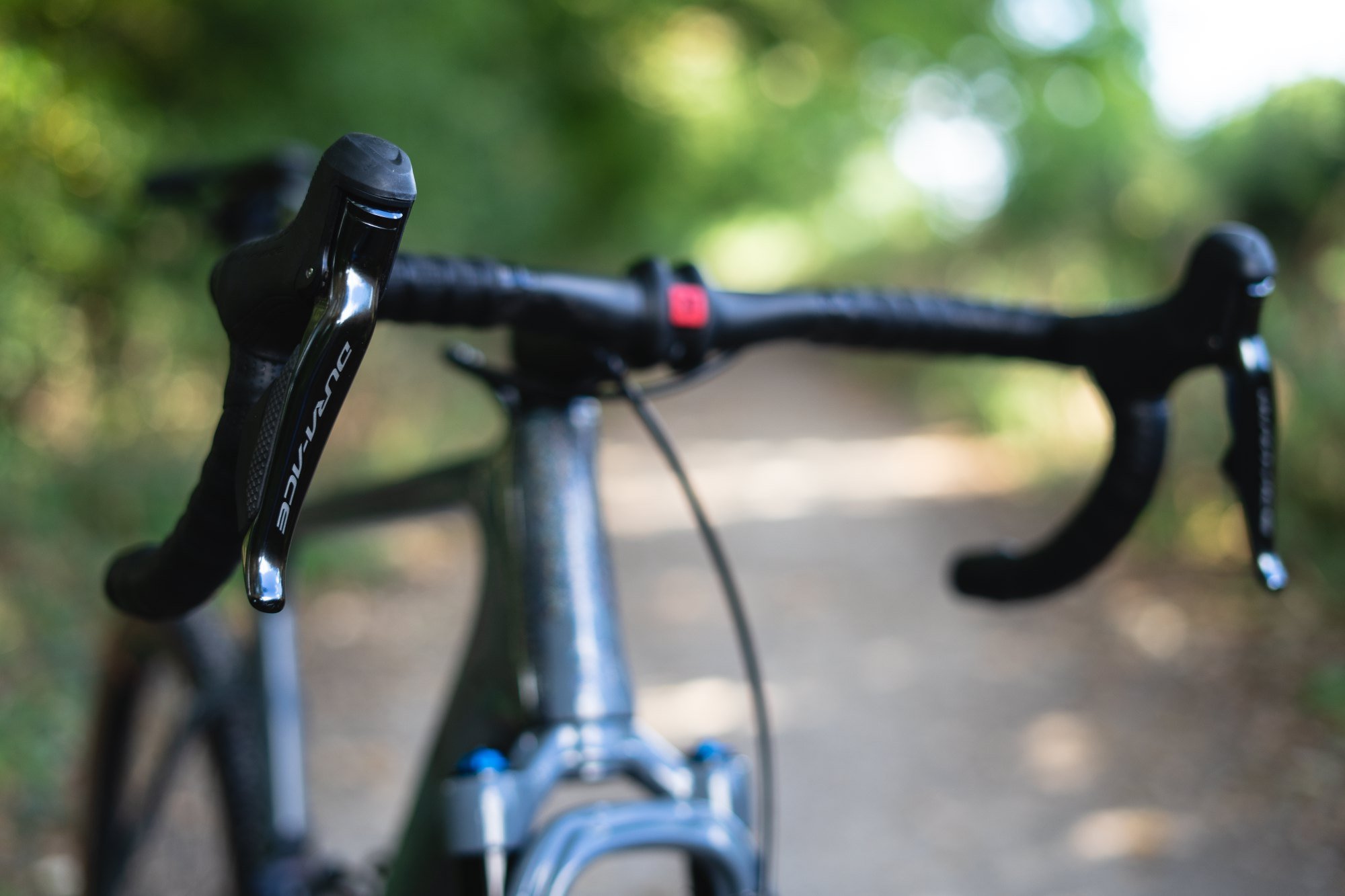 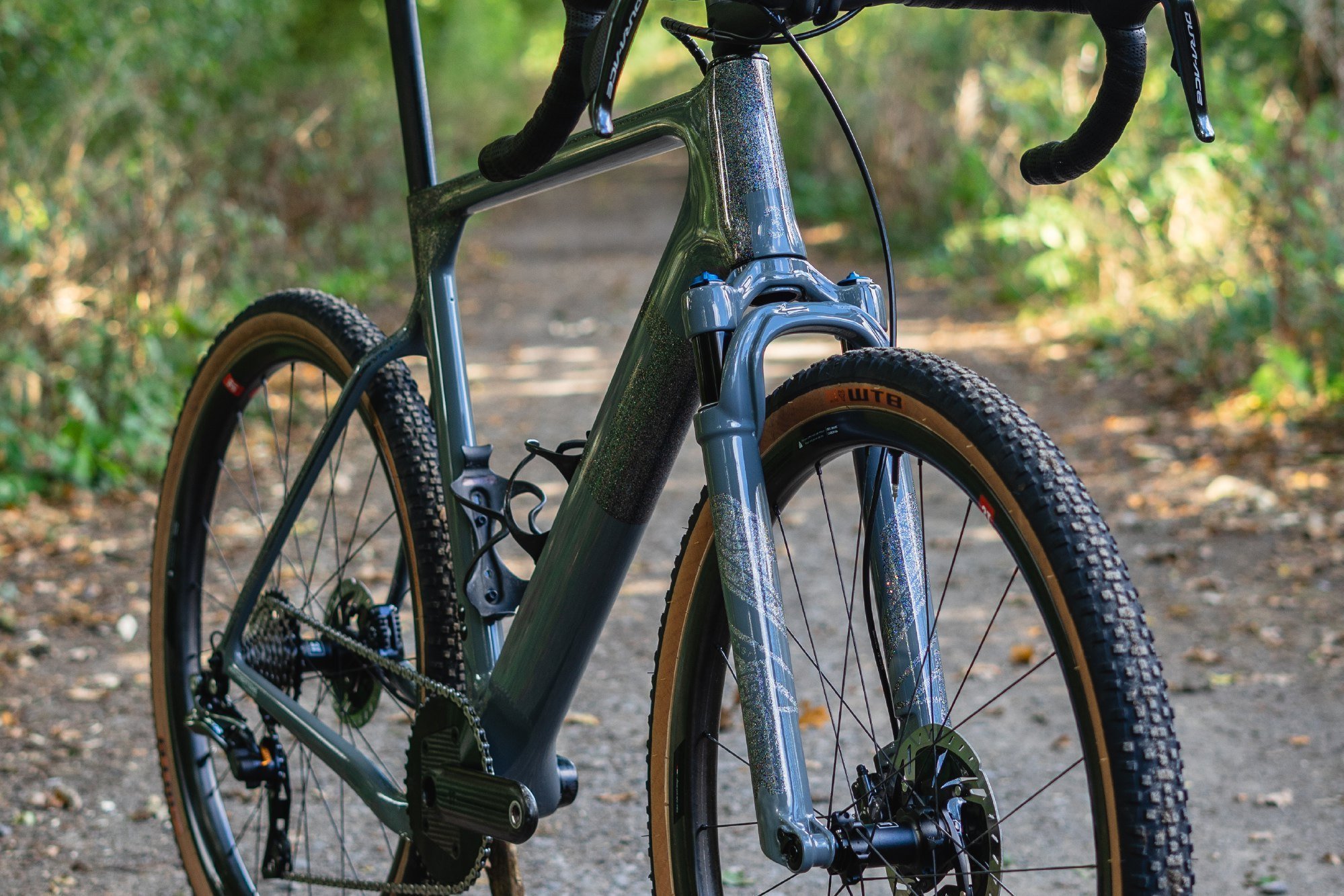 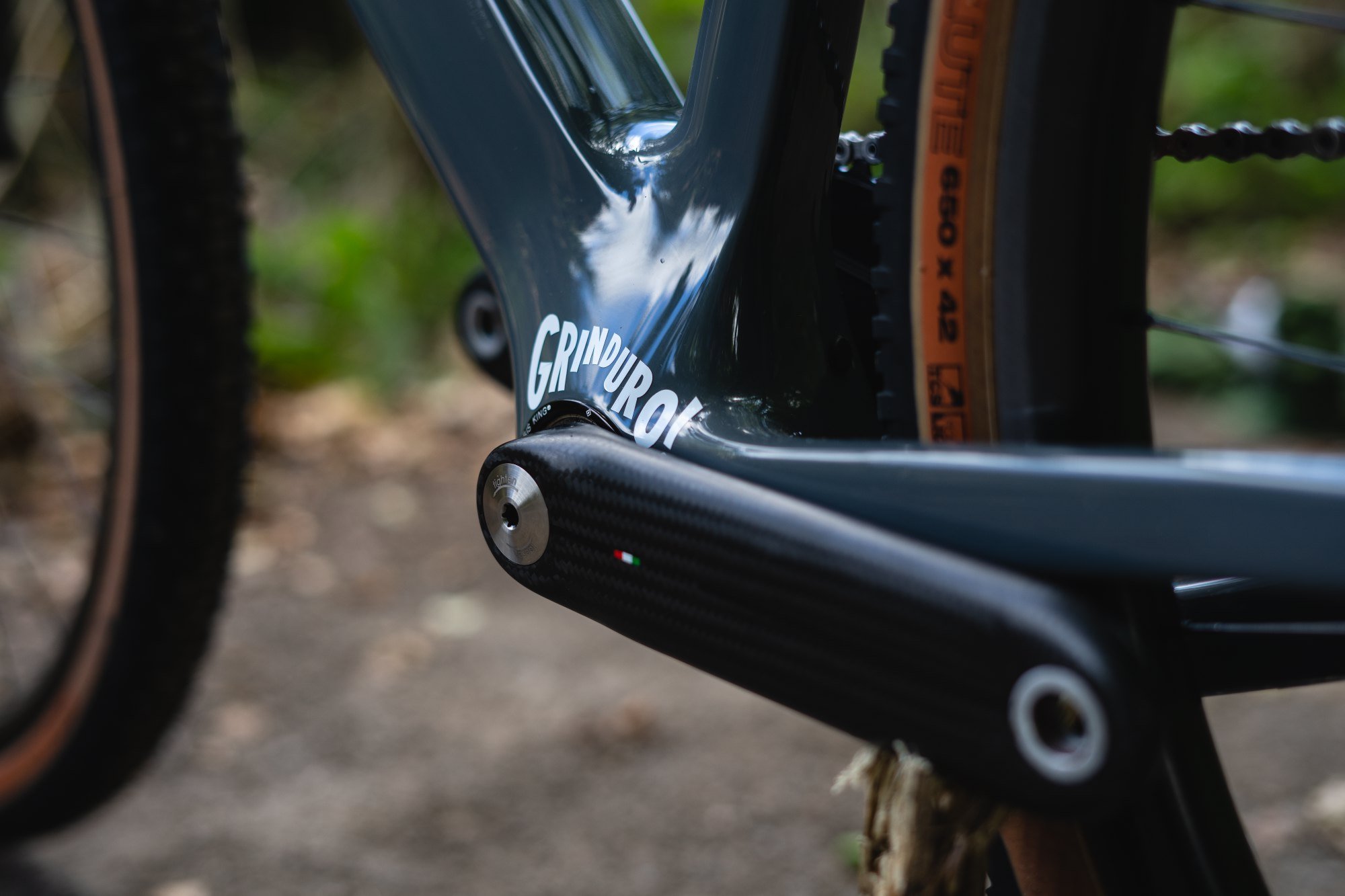 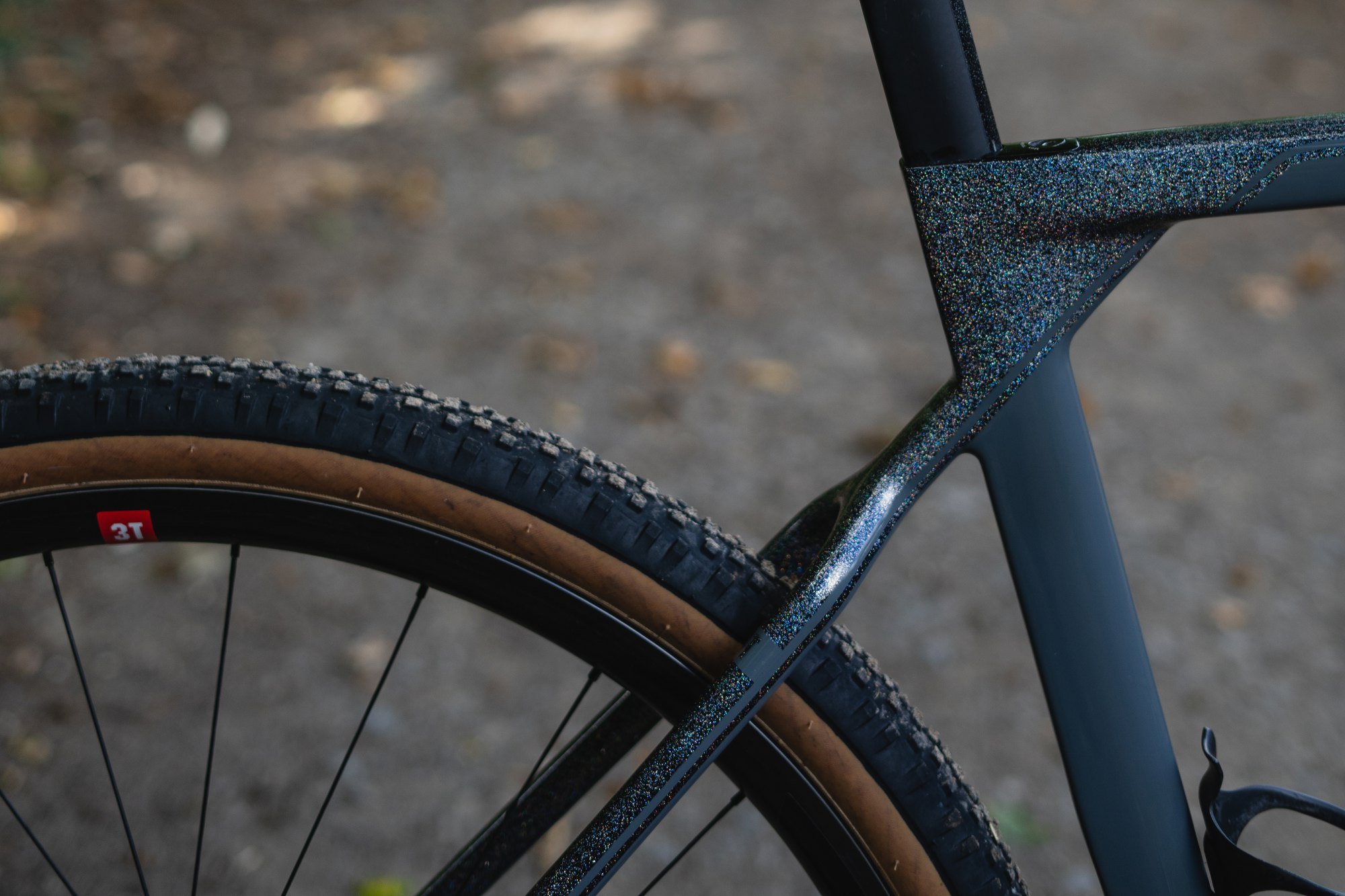 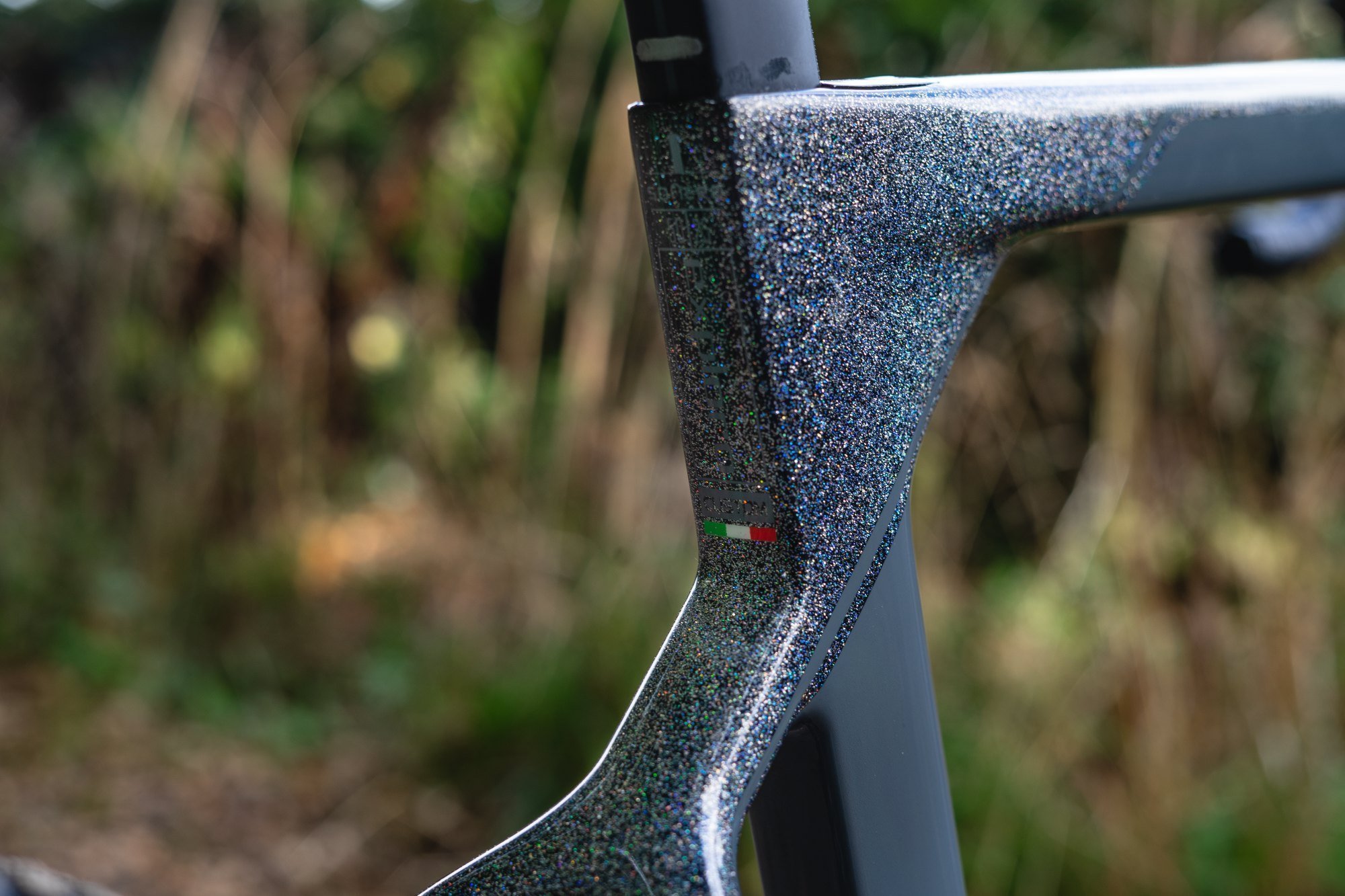 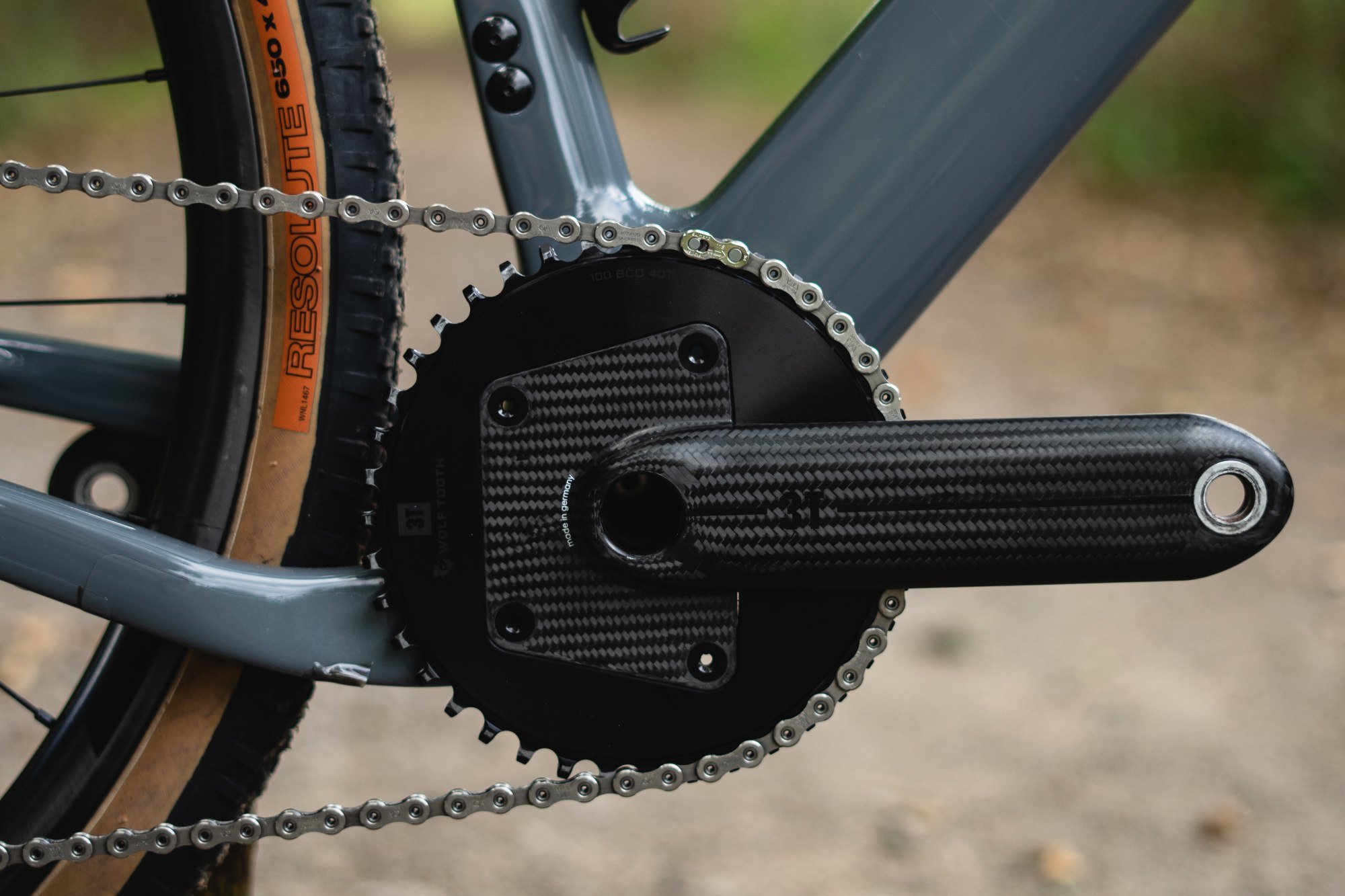 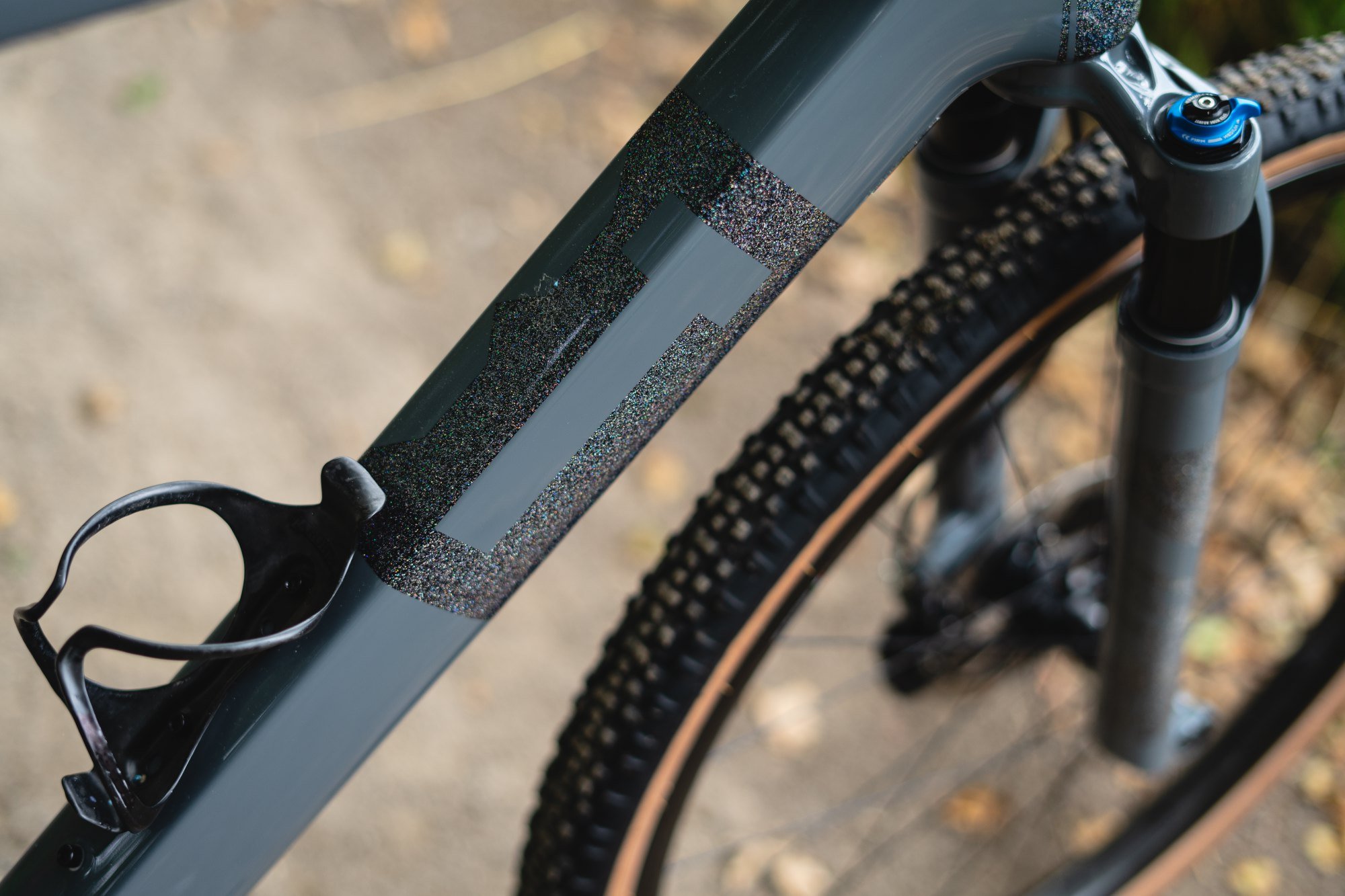