The project was done as a Kogel show bike for the New England Builders Ball. We gave Jordan at Hot Tubes free range to paint it. Their only instructions were to : 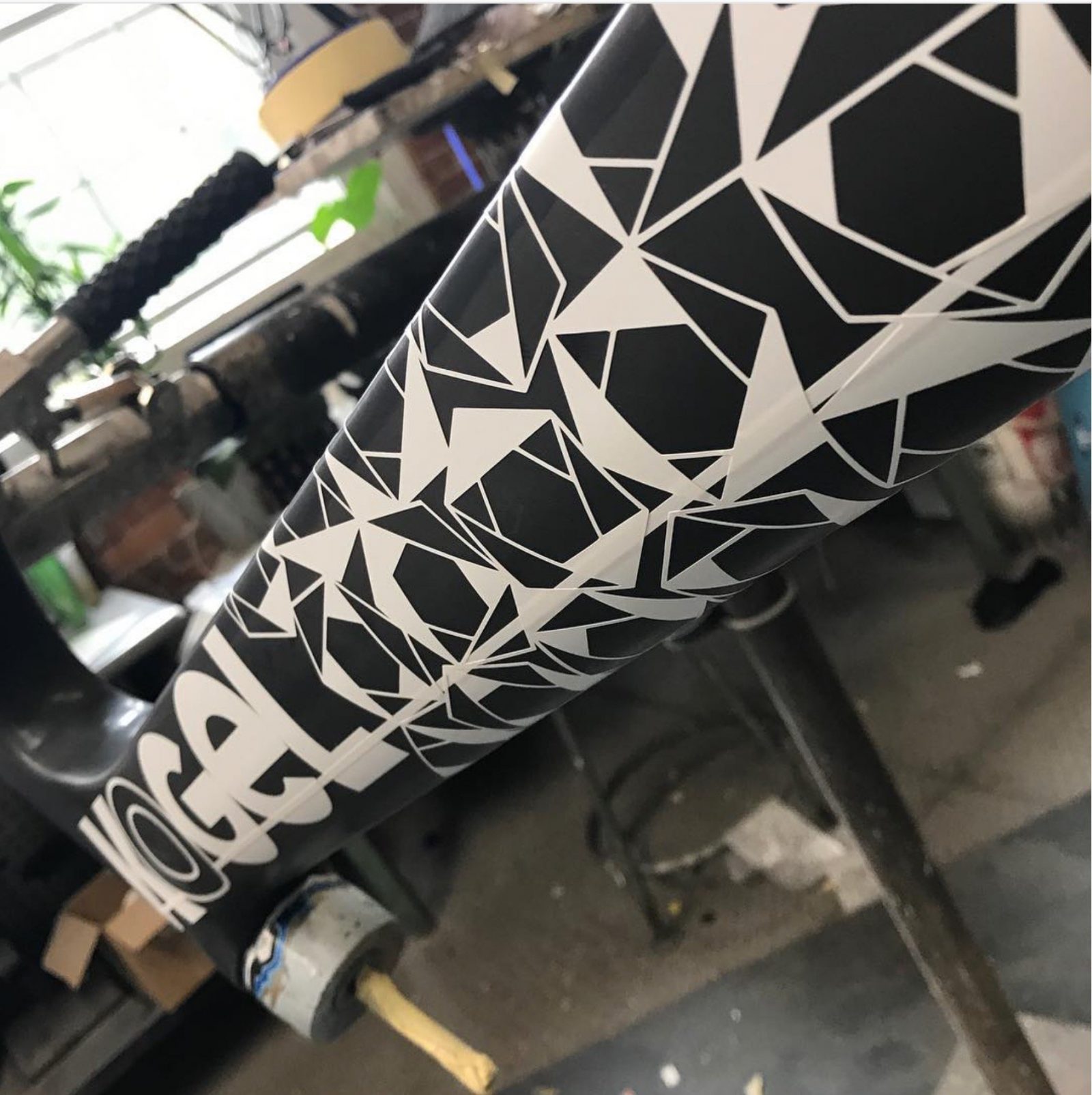 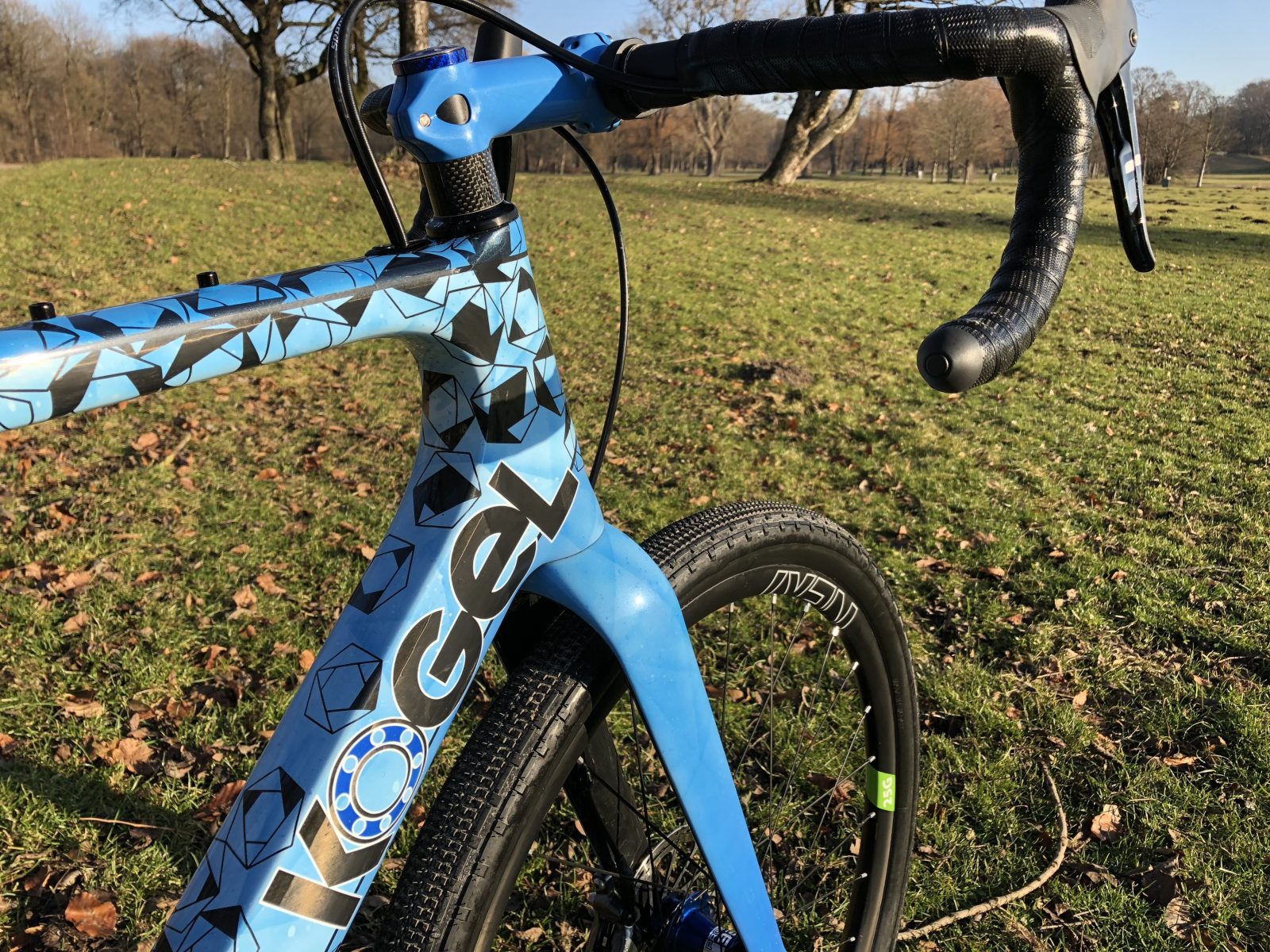 Jordan knocked it out of the park with an origami inspired paint scheme. I tried to catch as many details as possible, but some are hard to capture on camera…

– The shading effects on the fork are beautiful and subtle

– The water drop-like splatter is a beautiful feature 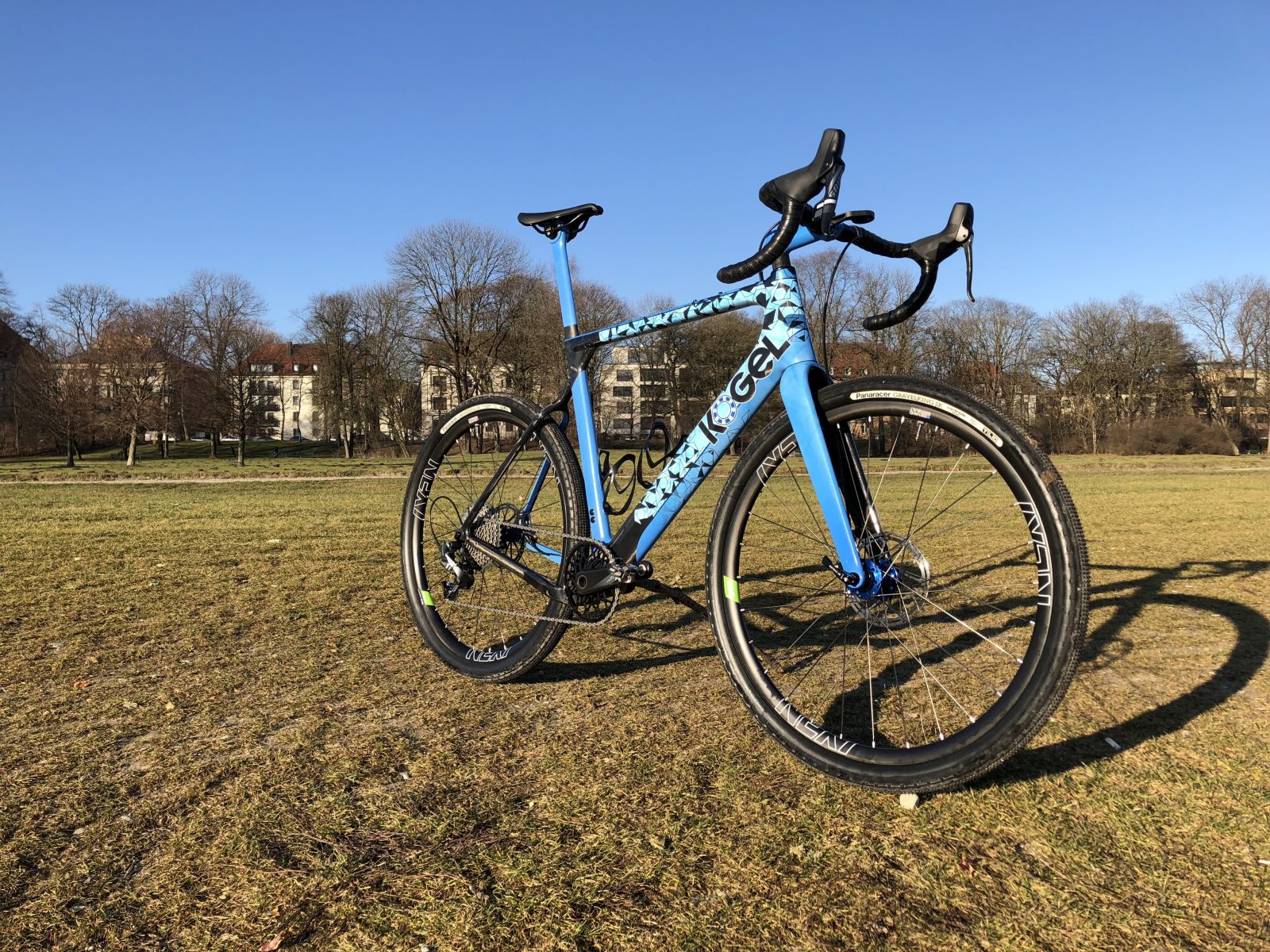 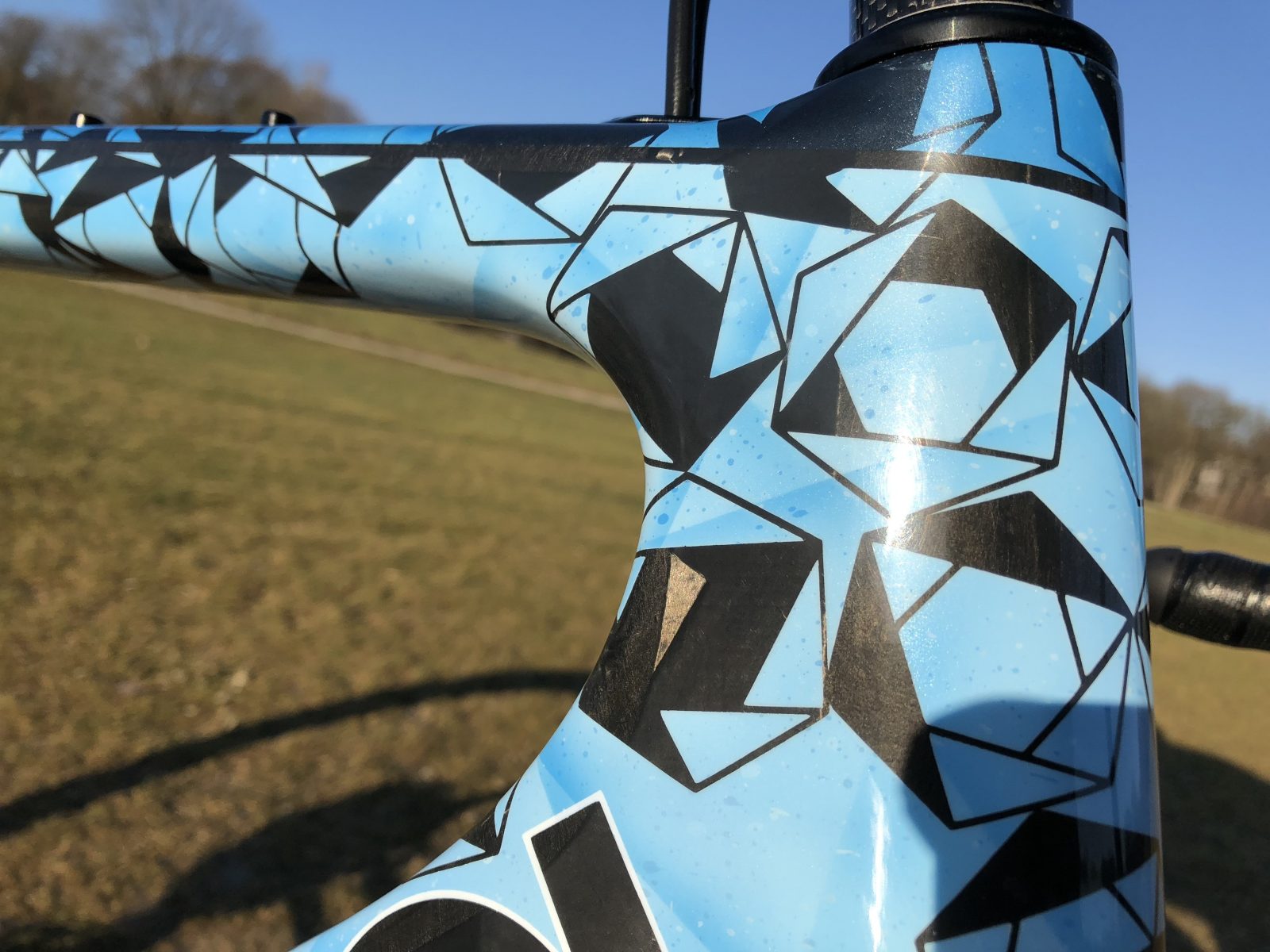 The frame is built up as a show bike for Kogel Bearings. We have used a new old stock, limited edition blue bottom bracket, which we made for the UnitedHealthcare team in 2015. Until today we have kept the blue color for our sponsored athletes exclusively. 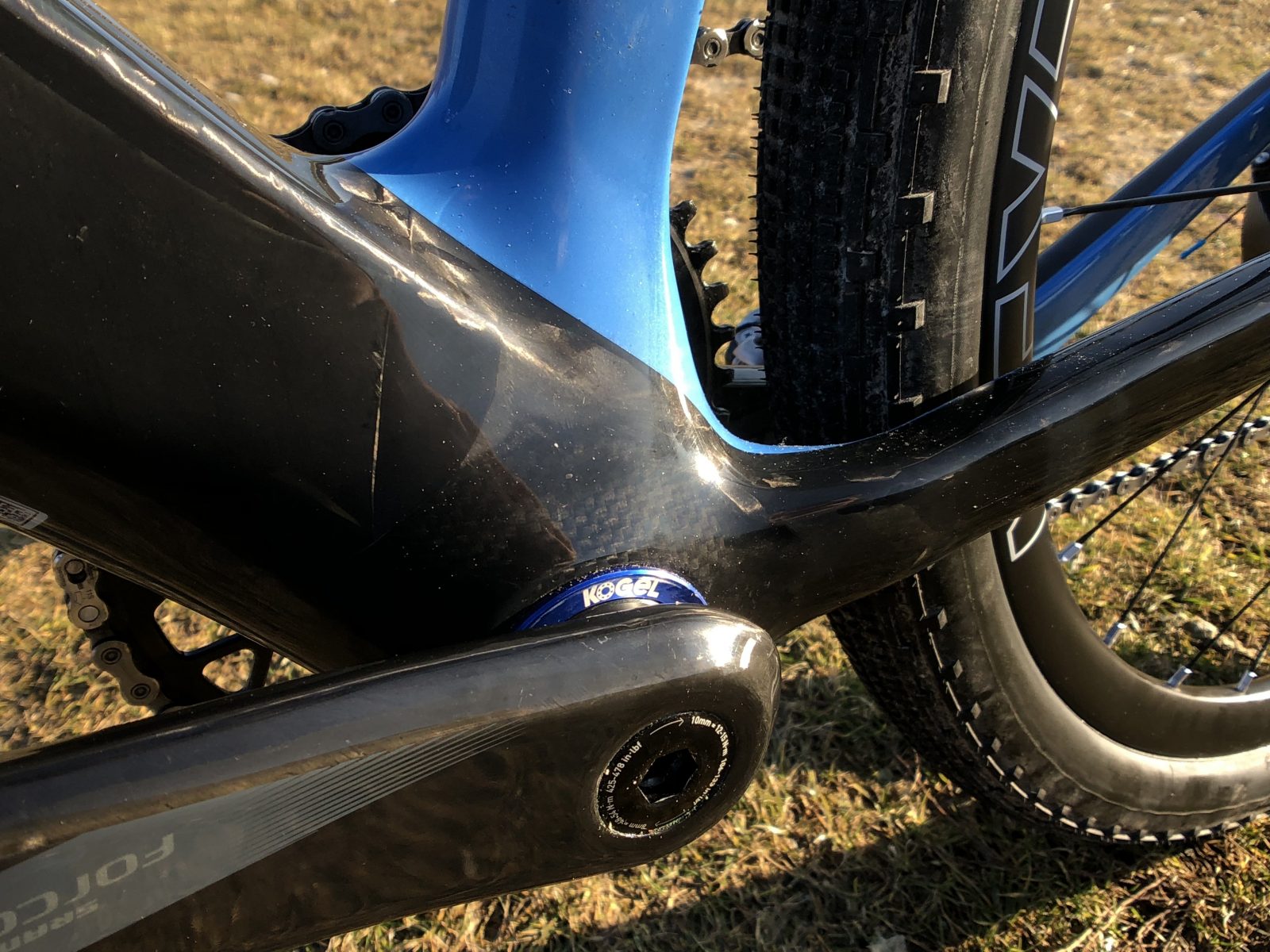 For the build I tried to collaborate with our OEM and retail partners where possible:

– wheels by NEXT wheels

– The build was done by Joey Sikorski at Parvilla Cycles in Maryland, one of our key retailers

– Paint job by Jordan Low of Hot Tubes in Shirley, MA, whose development team we have supported with bottom brackets in 2017. 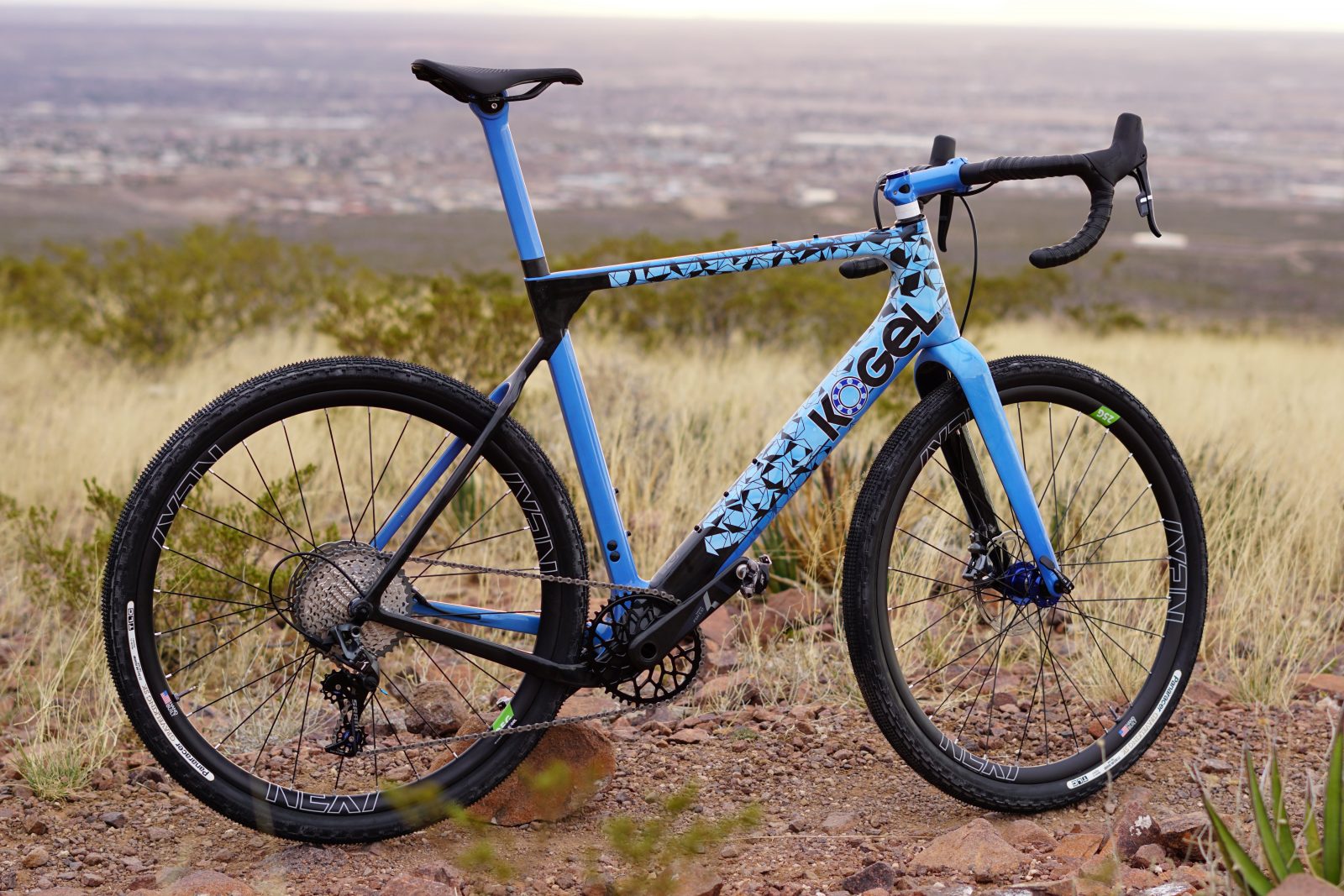 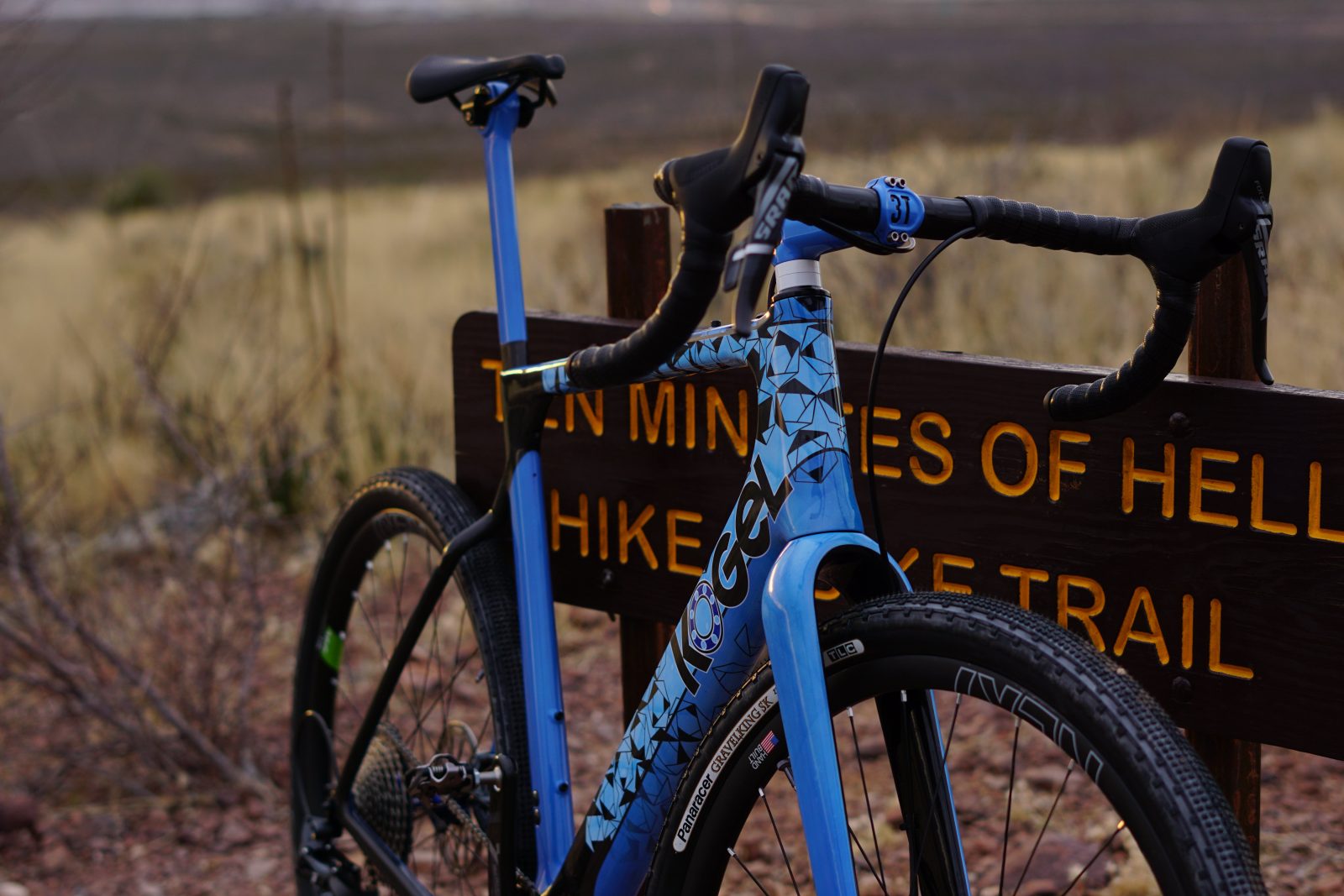 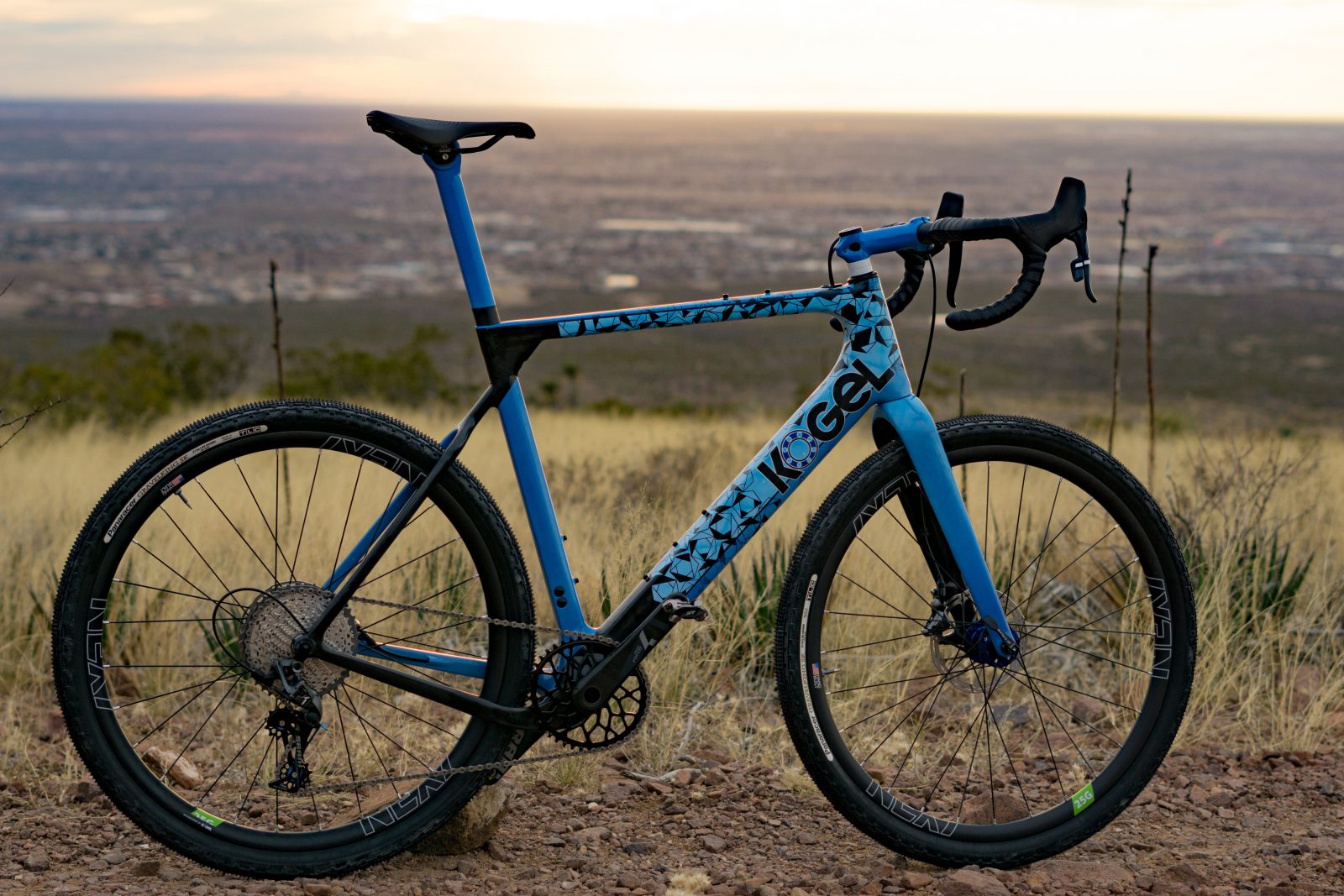