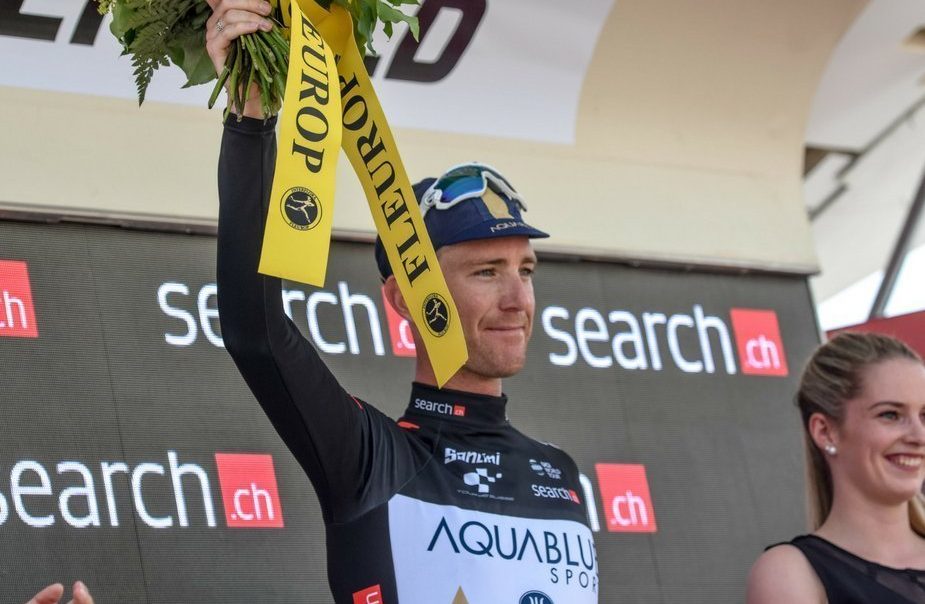 It has been a good year for the riders of  Aqua Blue Sport. Riding on the 1x Strada: the team had podium positions in Australia with Peter Koning at the Towards Zero Race Melbourne , followed by a King of the Mountain Classification for Lasse in the same race, and a stage victory for Lasse in the Herald Sun Tour in Australia.

This time it was Calvin Watson’s turn to climb the podium: taking the lead in the points classification in the 2nd stage of the Tour de Suisse. 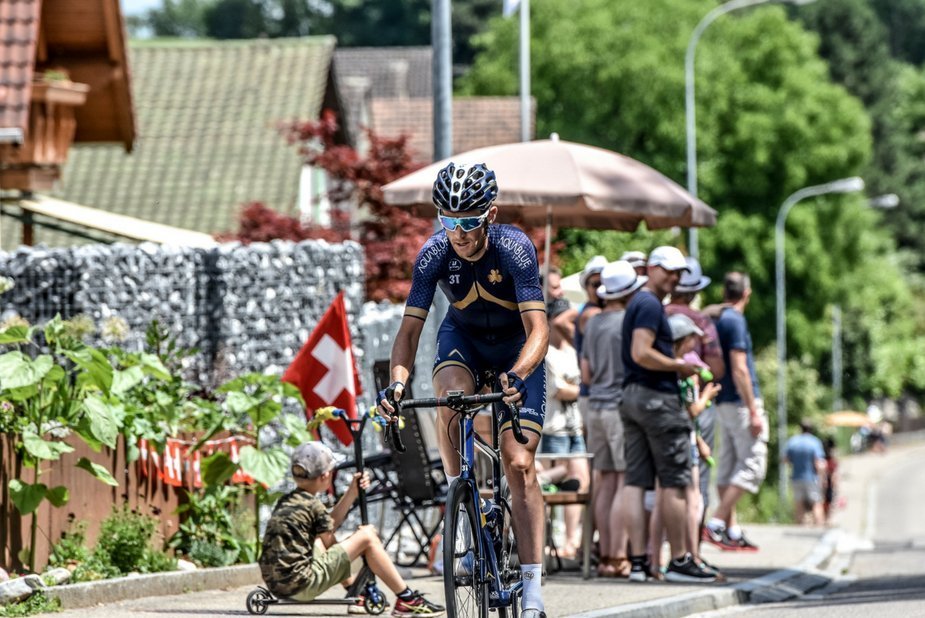 In today’s stage (four hilly 38km circuits around Frauenfeld) Clavin was one of three riders to go clear on the 155km stage, taking the maximum three points available – as well as three bonus seconds. Calvin now leads the points classification, ahead of eventual stage winner Peter Sagan (Bora-hansgrohe).  And oh man!, Calvin hit the pedals as his life was depending on this race: his power meter was hitting 1100 watts on some segments!