A Week in the Life

Traverse City, MI has an embarrassment of riches when it comes to great cycling on all surfaces.  I get my Exploro into everything from a road drag race to a weekly fake mountain bike race, plus a lot of aimless rambling, wandering, and exploring on the other days, too. I use all three of my wheelsets over the course of seven days, and I’ve gotten really slick at dropping and swapping from road, gravel, mountain set-ups and back again.

At first, I thought it would be a pain to be constantly switching, but what I’ve found is that it’s a lot more time efficient to bounce between wheels than try to keep up and maintain two or even three different bikes. One drivetrain to check, one set of brakes, and keeping with the single bike set-up means I only have to track down one set of parts. 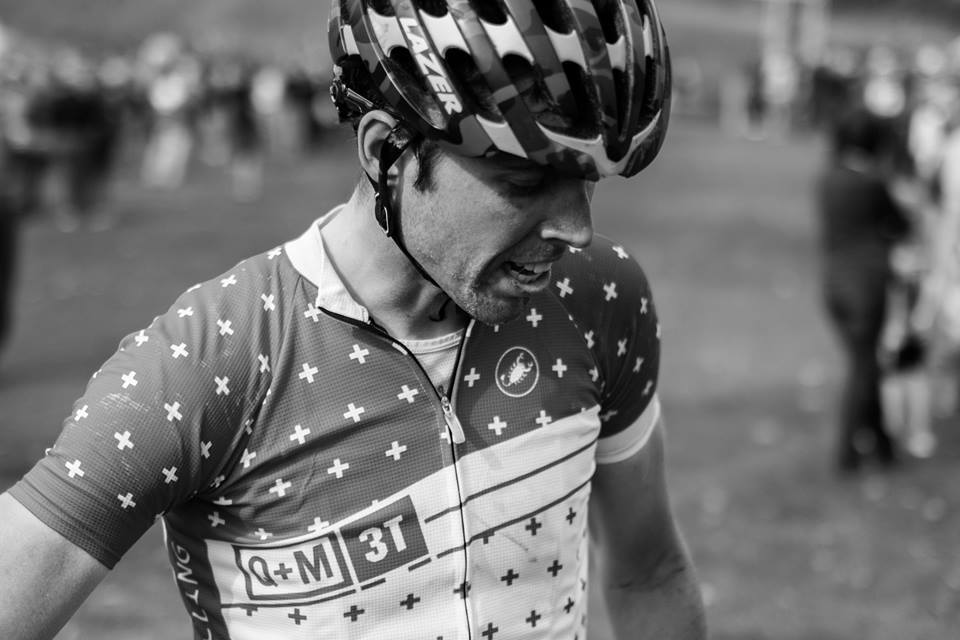 Tuesdays in TC it’s all business. We’re really lucky to have a sizable Tuesday Night Ride, often with fifty, sixty, or even more riders show up for a 41 mile drag race up Old Mission Peninsula and back. The peninsula is in almost peak bloom right now, with generations of cherry orchards mixed with more recently-introduced vineyards.

We hardly get to enjoy the scenery, though, because this ride a classic shootout, complete with sprint points, hill climbs, and some long, fast straights that see speeds around thirty miles per hour for several miles on end. 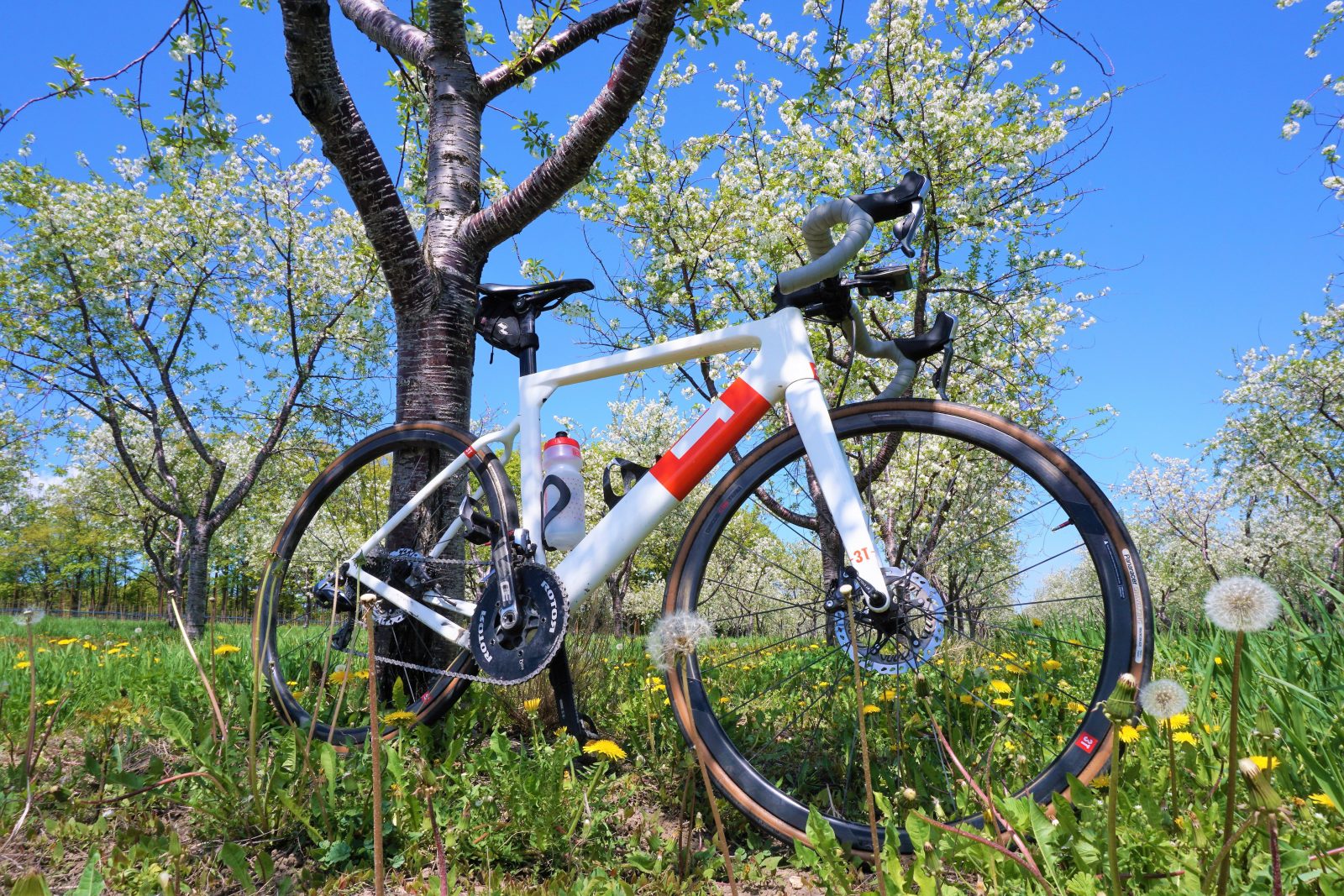 Thursday, After 40 miles of pavement, we hit the dirt for the infamous Speed of Light. It’s a forty-minute fake race that hits much of the same trail that the Iceman Cometh uses to get from Kalkaska to Traverse City. There’s a good reason the locals do so well on race day; we do the final six miles of the Iceman every single week all summer and fall – full gas.

The mostly flat and fast trail network tosses some sand in causing hiccups, but the Exploro might be the perfect bike for this type of riding. It’s a high speed setup with enough tire to get through the sand 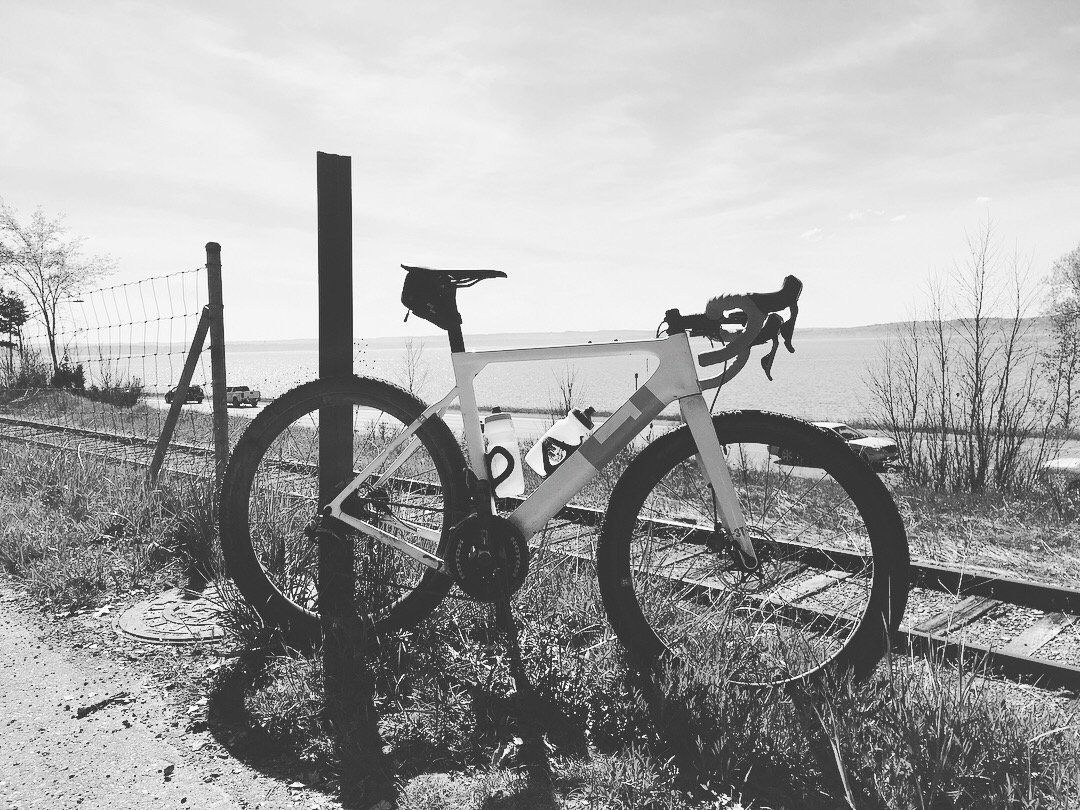 The best rides don’t have a script or a map, and we’re lucky to have plenty of gravel roads and two-tracks, plus some pathways through cherry orchards or farm fields, that can link together all sorts of rides. My third wheelset has wider 35mm gravel tires mounted up for just that sort of thing. For most days of the week, this is the set-up I love rolling out the door with; mix in the TNR route with a short section of dirt road near the Old Mission Lighthouse, or hop on the Iceman course to get to some unmarked singletrack.

I typically use all three wheelsets in any given week, and the time spent swapping out wheels has been whittled down to about five minutes. I usually run the same road pedals, although if it’s rainy or muddy, I’ll toss something on that’s a bit more resistant to getting clogged up 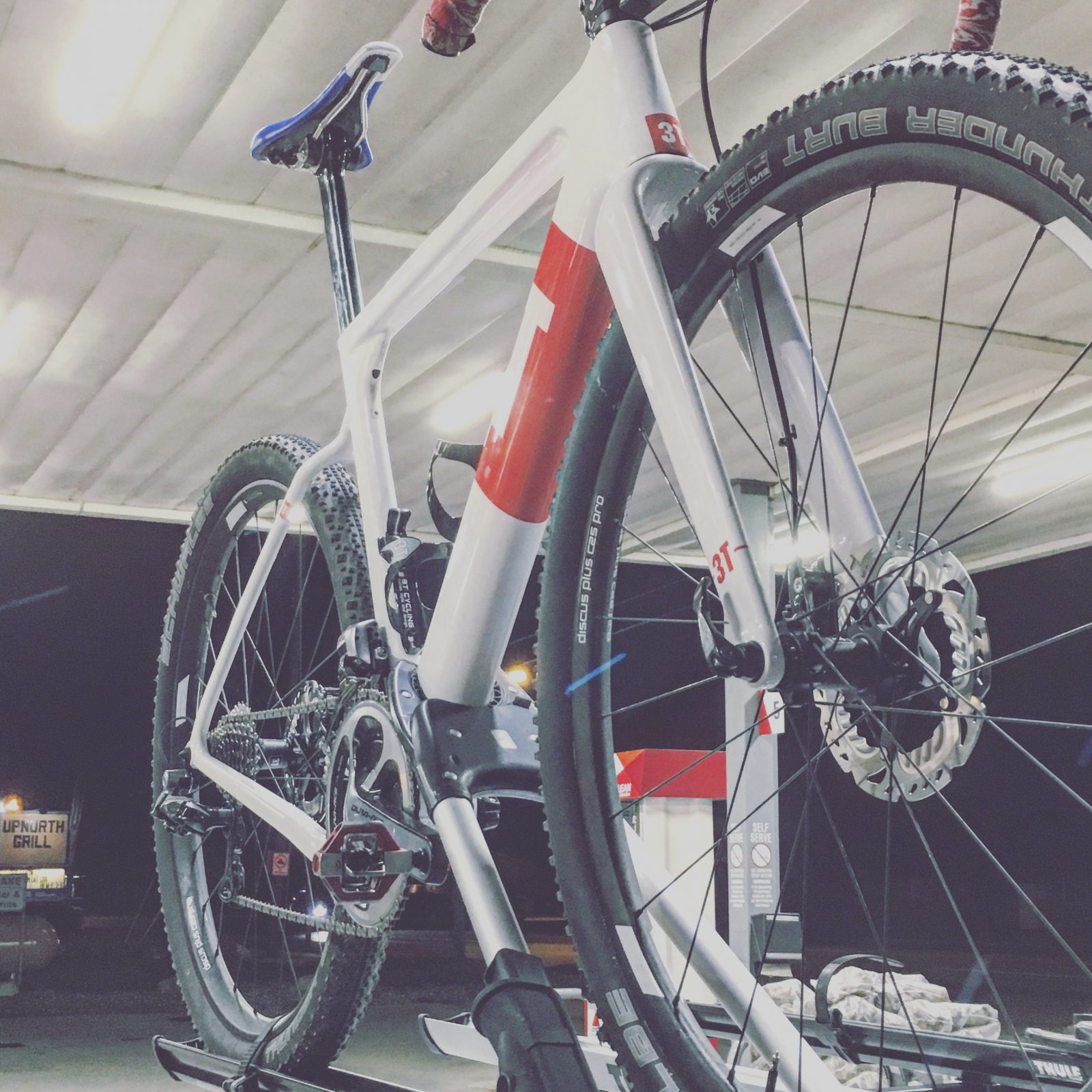 This past weekend, I tossed on the 650s for the Arcadia Grit & Gravel, a local race that embodies everything that’s right with bike racing, and the type of riding I like the most. The atmosphere is laid-back, and everyone knows everybody. The opening eleven miles are a mix of gravel and pavement, followed up by about nine miles of gorgeous singletrack lined by stunning white trillium in full bloom. While most riders opt for a mountain bike for the singletrack, there were two Exploros on the line, both with 650s.

It was the perfect choice; a big, tall gear for the open roads and plenty of rubber on the ground for ripping through the trails, even with it wet, soggy and, in many spots, super greasy. After some quality time with a hose and some chain lube, the same bike that tamed the singletrack will have different wheels and be pressed into action for TNR.