Meet the Panaracer/Stan’s NoTubes p/b Bicycle X-Change 3T GRAVEL TEAM everyone is talking about, and seeing on the podiums of all the main Gravel races in the US, aboard their New Exploro FM with a cool color design!: 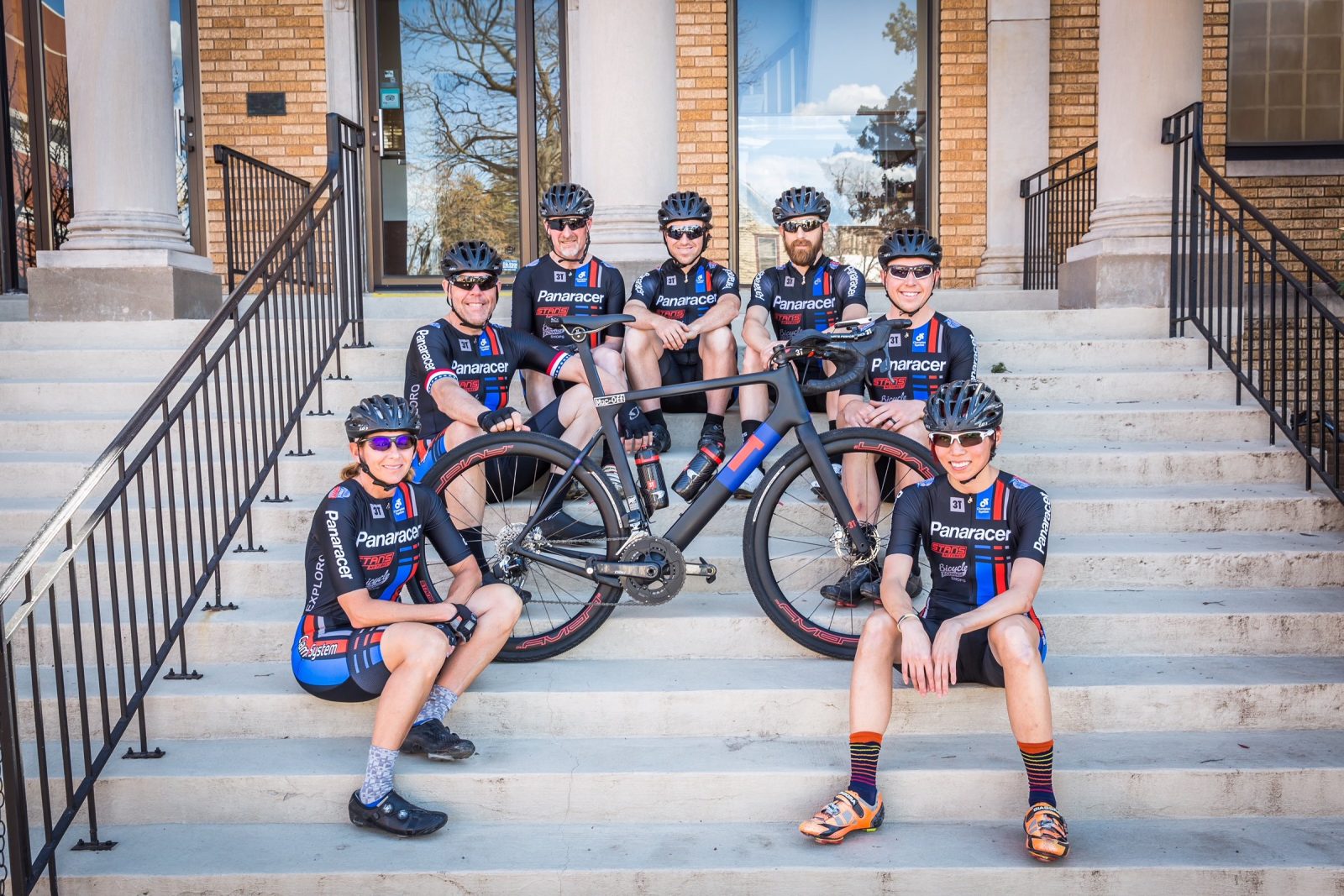 Let some members of the team introduce themselves: 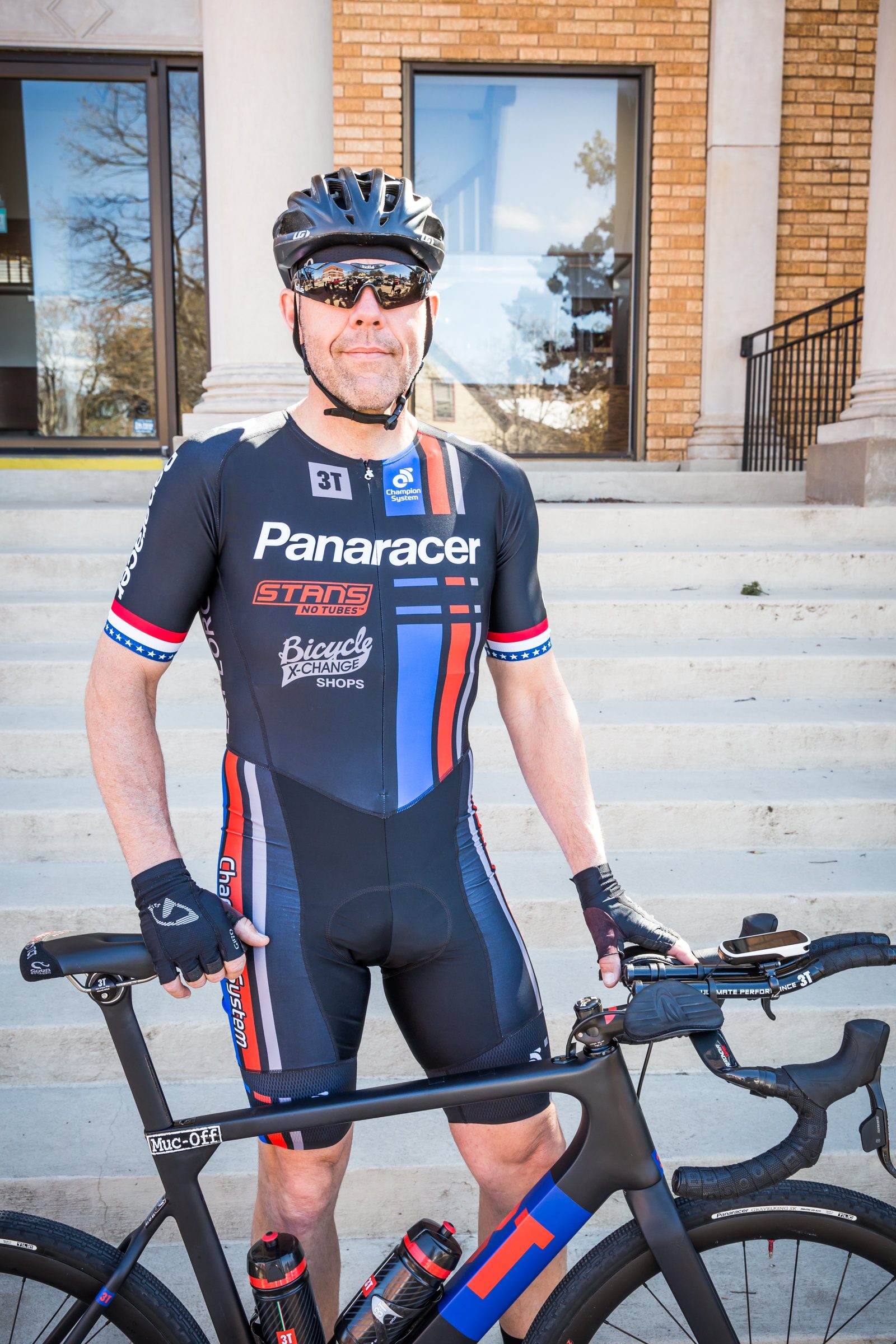 I got into cycling at a late age. I rode BMX and Motorcycles as a kid but parked them all by High School.  I was an athlete in High School and participated in Football, Track and Field, and Wrestling but by the time I was in my late 30’s I found myself extremely overweight from poor eating habits and lack of exercise.  I weighed 330lbs and decided it was time to make some lifestyle changes as I was not getting any younger.  I made diet changes and dropped down to 230 but wanted to keep going so I grabbed my MTB bike and started riding to work which was about 25 miles each way.  This was the spring of 07′.  I quickly realized that the MTB was not the most efficient bicycle for that distance so I went to my local bike shop the Bicycle X-Change Shop in Wichita KS and picked up a used Trek road bike.

I found I really enjoyed riding and joined up with local group rides and did my first century ride that spring and was hooked.  The competitive nature in me had me looking for faster and faster rides.  I found the local weekly training road race and began to push myself.  I jumped straight into the A group wanting to ride with the fastest guys to get better.  I ceremoniously got dropped on the first lap the first two times but quickly figured things out and began finishing with the final group sprint.  My first official bicycle race was a local gravel race that Fall.  I did the Big Ring Gravel Race series on a flat bar Hybrid bike and finished on the podium.

I got invited to join the local road race team and did my first ever road race in the spring of 08′.  I won my first 4 races after that weekend and went from Cat 5 to Cat 3 in less than two months.  I raced almost every weekend from that point on and became a Cat 1 at the age of 40 after only a couple years of racing.  I used the wonderful Kansas gravel roads for winter road training from the beginning.  I did the occasional gravel event when it fit my schedule and really enjoyed them.  I decided to jump in the deep end and entered the 2014 Dirty Kanza 200 just a couple months before the event.  I had some spring road miles in but had not trained for it specifically.  I ended up finishing 4th overall.  This is when I decided to put my road racing experience together with my gravel knowledge and put together a Pro/Elite Gravel Race team that has evolved into what it is today.  It has been an awesome adventure and the story is still being written!! 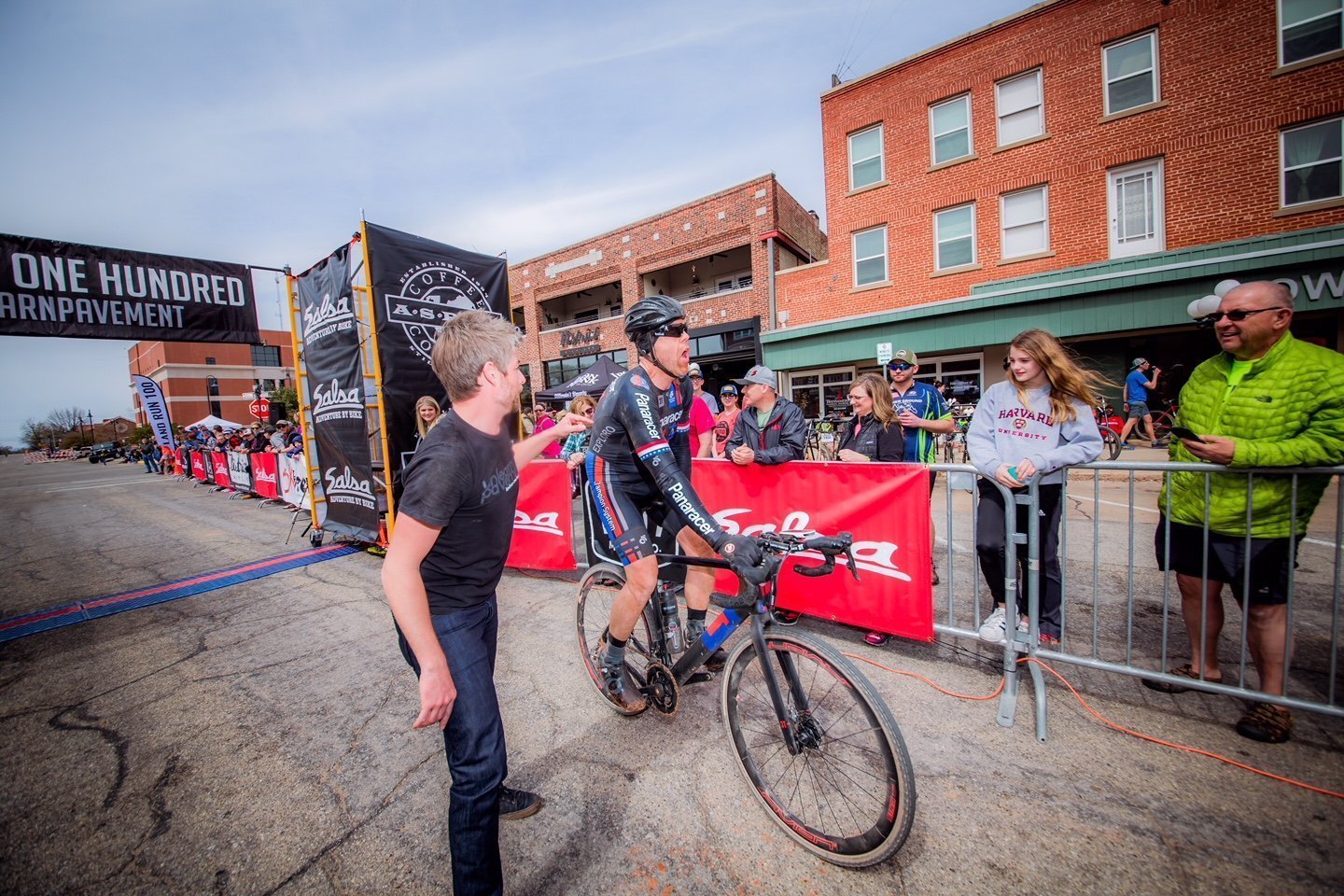 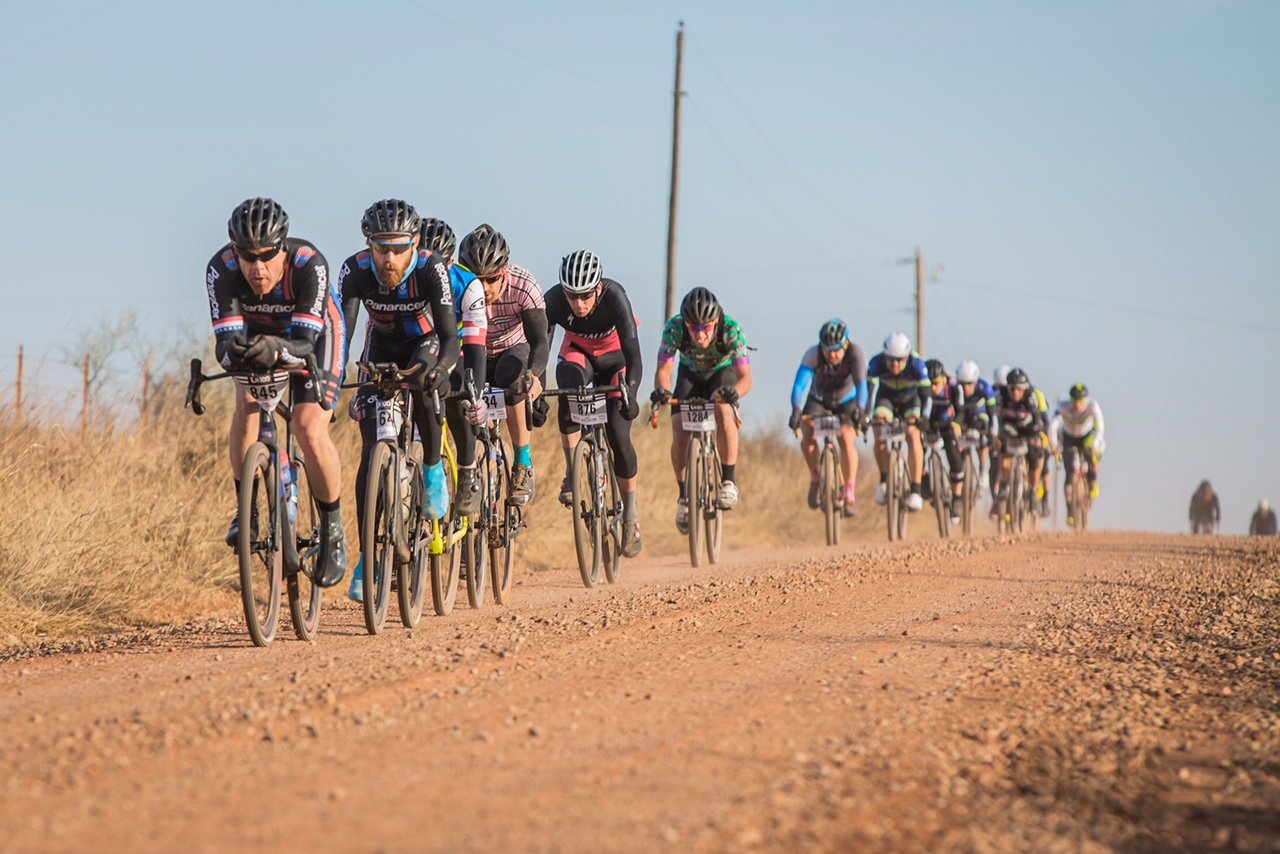 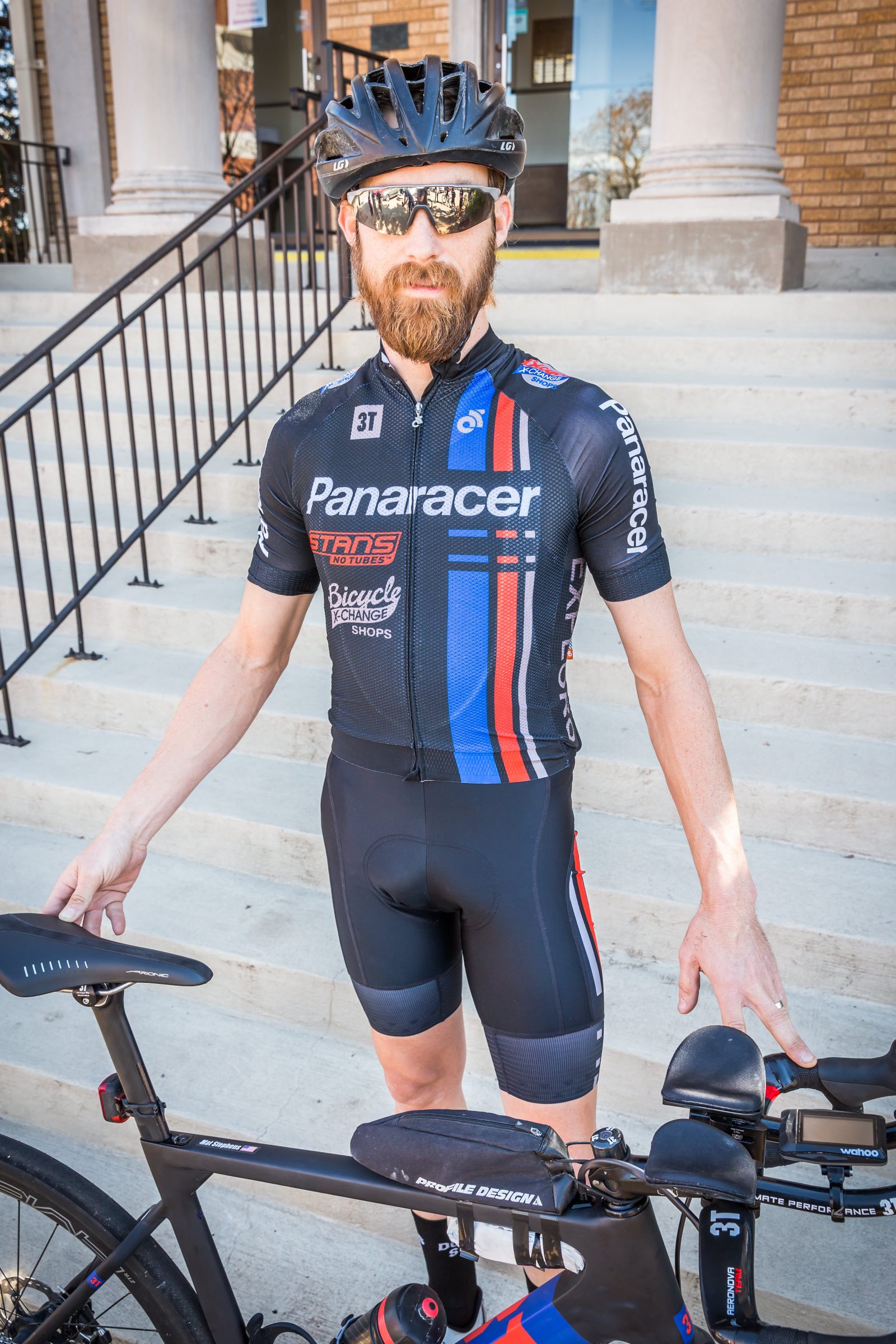 Mat began racing while in college at Texas A&M and has since raced at the national level in all disciplines. Over the past few years Mat and his wife Lauren have committed to racing full time. They both have since turned professional and are normally found training together, pushing each other to be their best. Mat has always enjoyed riding gravel but has recently developed the passion to race gravel. The endurance and suffering needed to succeed at gravel racing drive him. 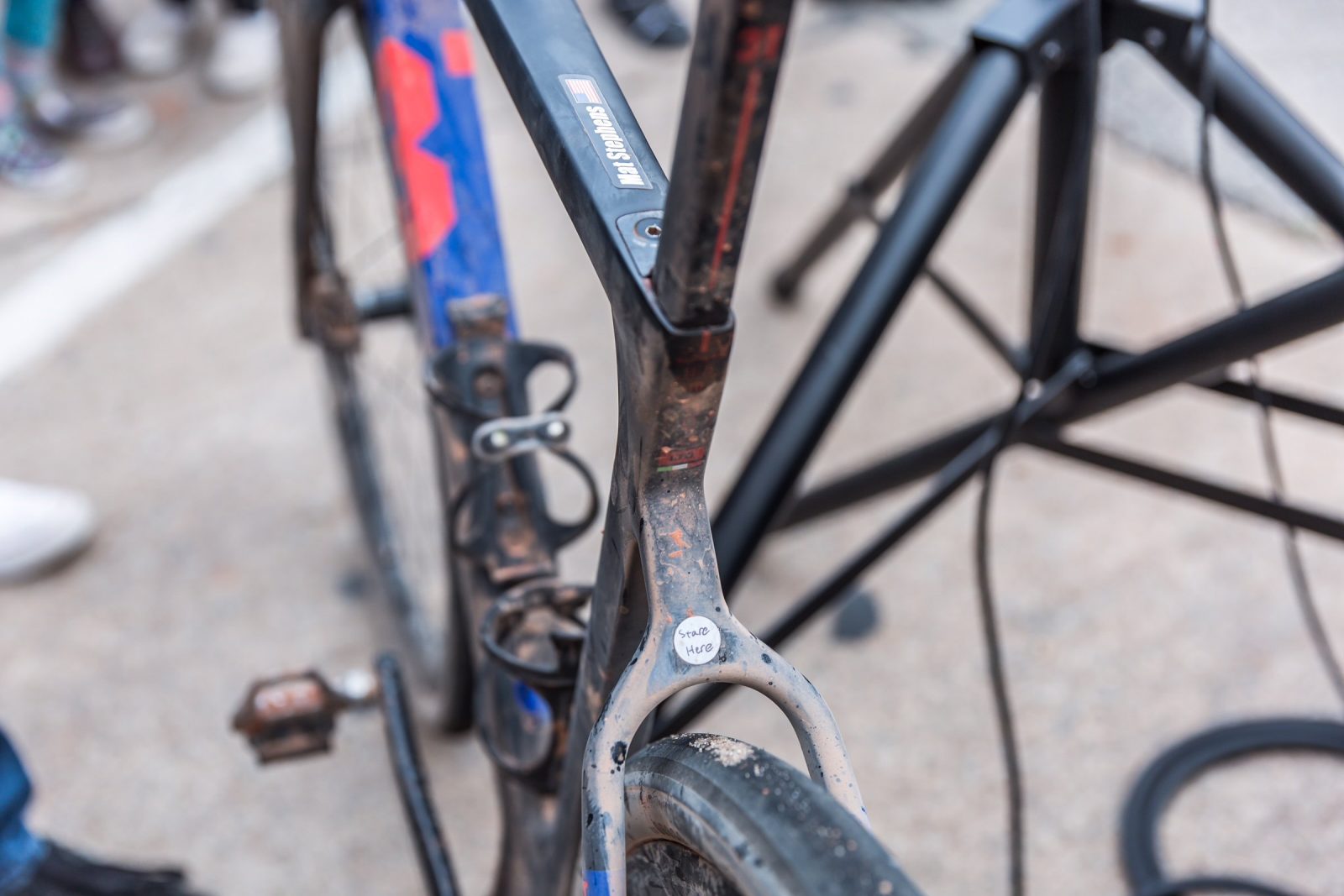 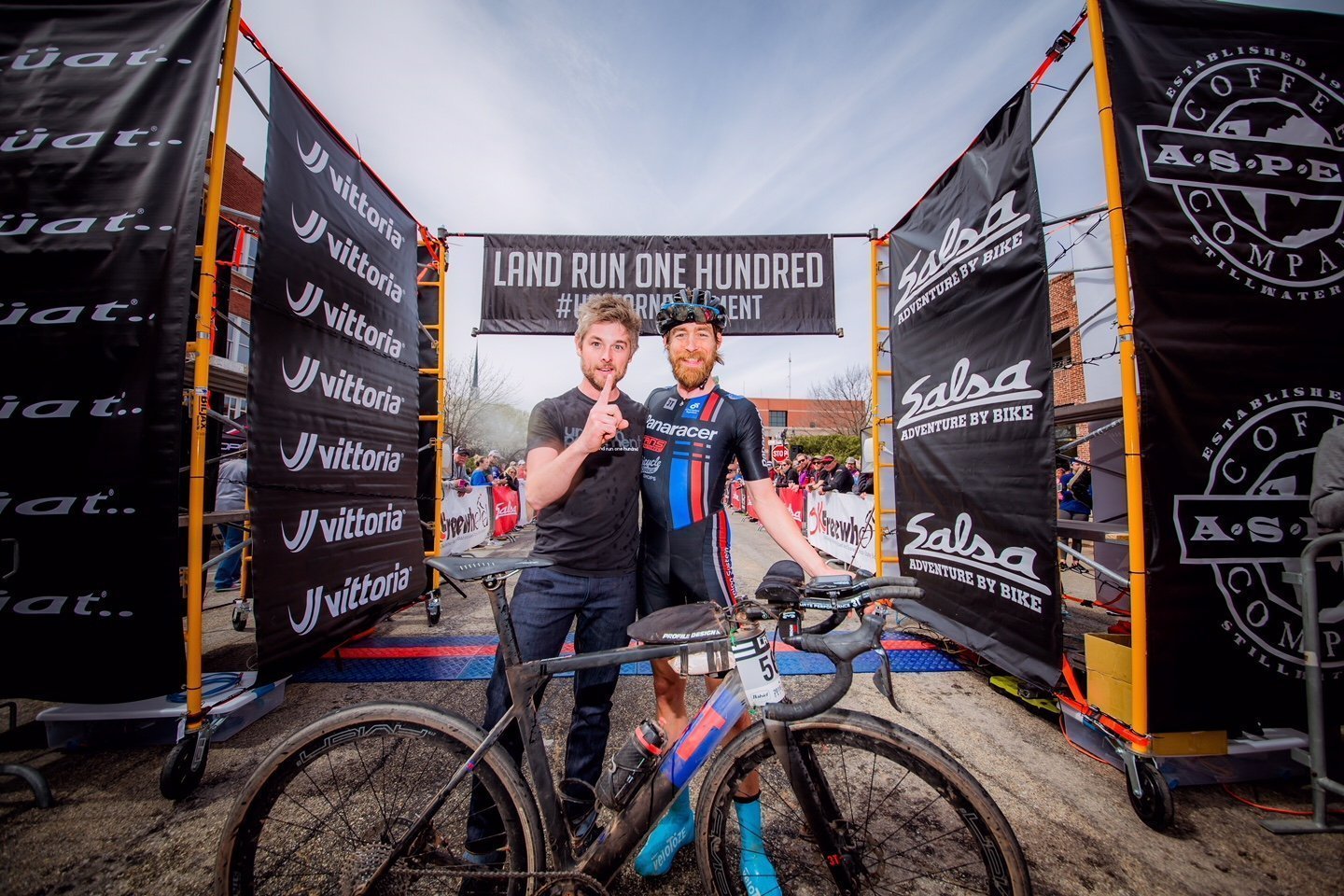 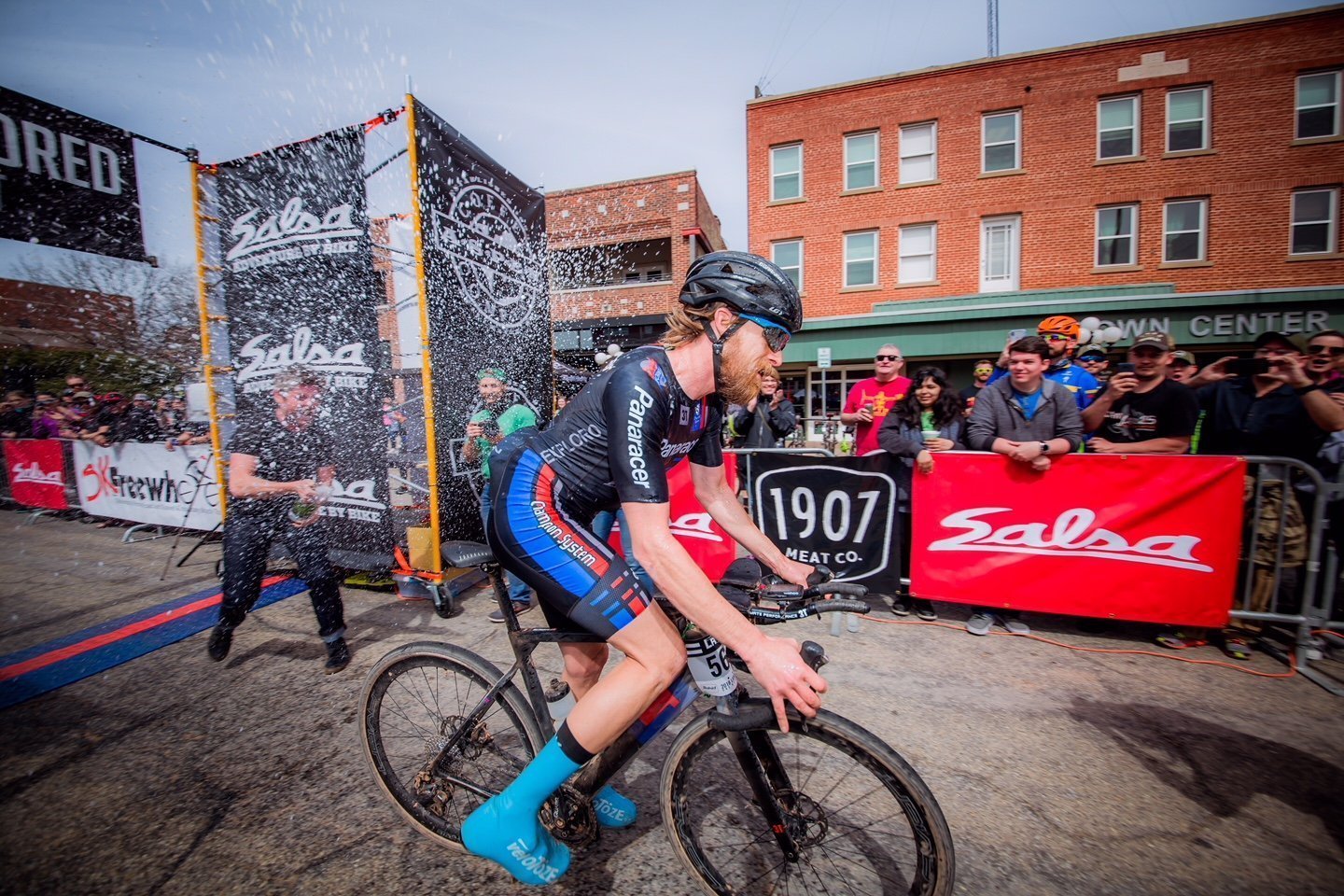 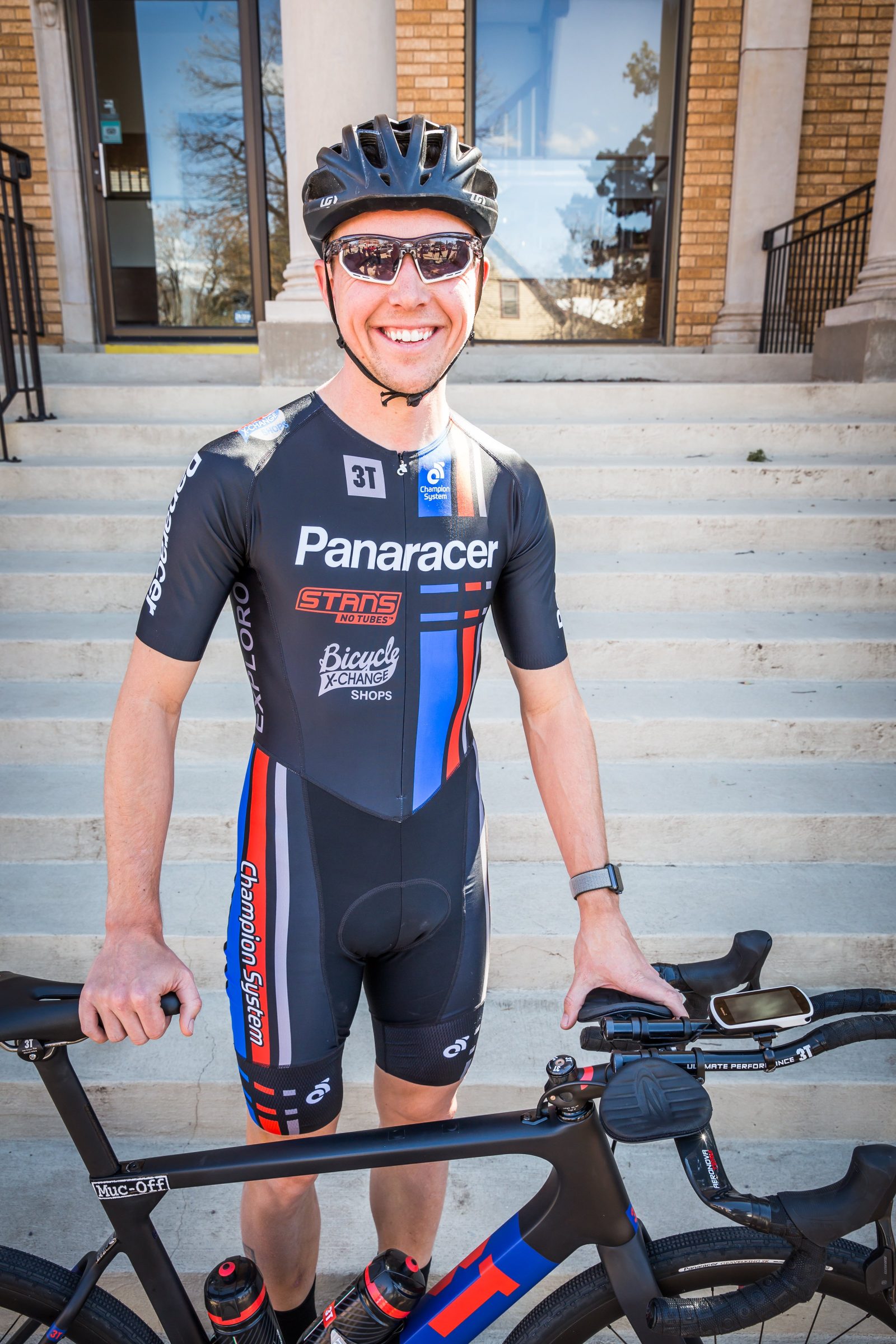 Rob Bell is an elite cyclist with the Panaracer/Stan’s NoTubes p/b Bicycle X-Change team. Rob had multiple top 10 finishes on gravel in 2017, including Gravel Worlds, Barry Roubaix, and the Texas Chainring Massacre. He won the GPP Growler Grinder in Arkansas and perhaps most notably, Rob was the winner of the 2017 Land Run 100 in Stillwater. OK.

He’s kicked off the 2018 season as part of the Panaracer/Stan’s podium sweep at Texas Chainring Massacre, a win at the Shawnee Gravel Growler, and top 5 finishes at the Old Man Winter Bike Rally in Boulder, CO and a top 5 at the 2018 edition of Land Run. When Rob’s not riding bikes, he’s speed skating his way into 2 Masters National Championship jerseys, working for Life.Church, or spending time with his wife Sarah and their 7 dogs. 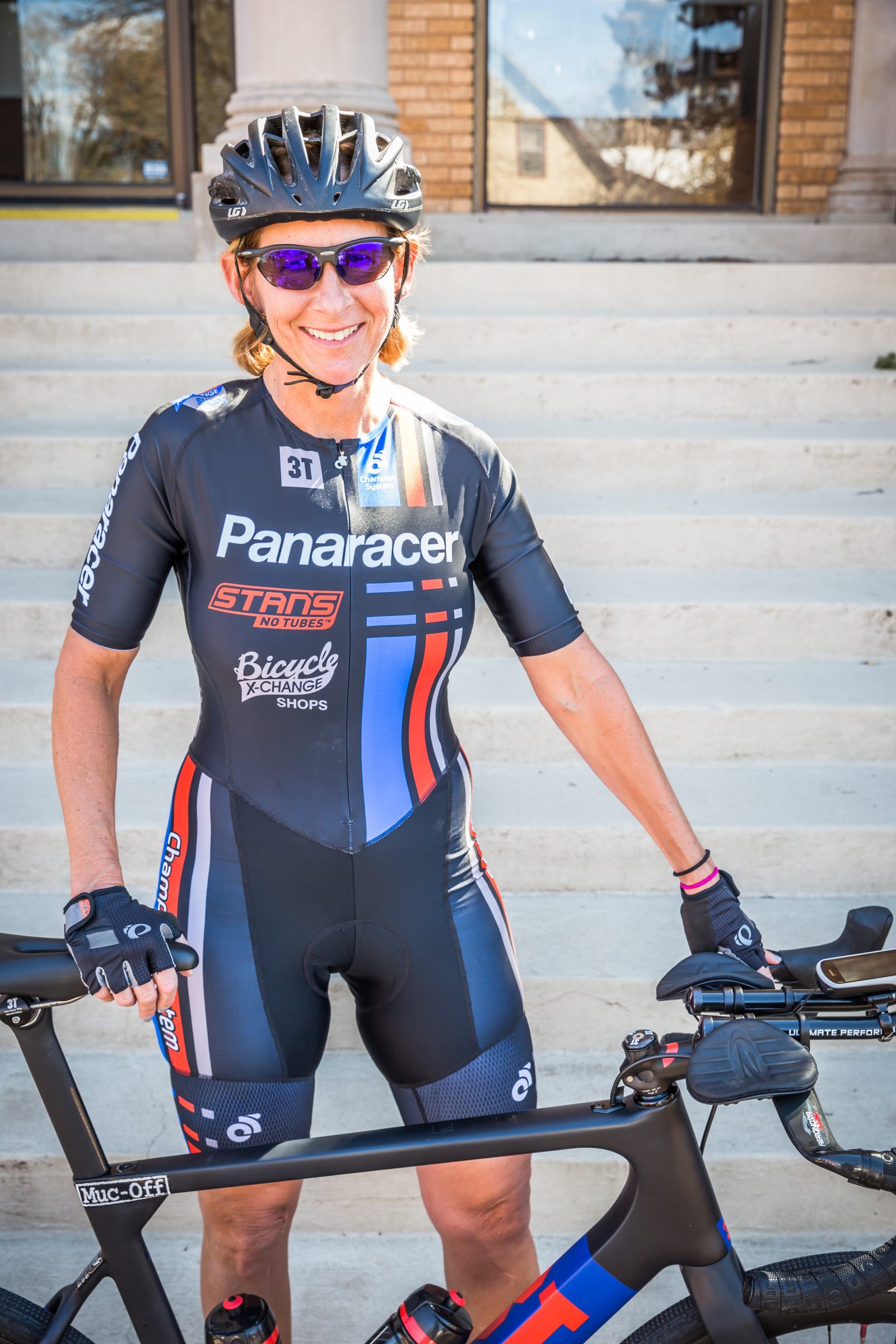 I started racing bikes 4 years ago. Was a soccer player in high school and college and then started doing marathons and triathlons to try and stay in shape after having 3 kids. Found that cycling was my favorite and started with road racing then cyclocross, gravel and more recently mountain biking. I love all of it but have found my favorite to be the endurance races.

The longer the better and have come to prefer gravel because you get to see much more of the country and less cars.

Cycling for me is freedom. It calms me down, it puts all my thoughts in order, it helps me think through any stresses or concerns going on in my life. Cycling pushes me to become a stronger person physically and mentally. It helps me push away the negative thoughts and bring in the positive.

Cycling is connecting with other people. I have made life long friends through cycling and continue to meet more amazing people. Even though some races I am completely on my own, cycling has connected me to a group of women that are unique, smart and strong- it creates a bond that goes beyond teams and supports women who have the strength, power and desire to compete.

Determination and perseverance are my strengths. When I am at the worst part of suffering during a race or training, I remember how lucky I am to be out here competing and I take a look around to see the beautiful land we get to enjoy.

Those long hours on the bike are sometimes magical, my mind has time to put life in perspective. As the Lumineers say, “It’s better to feel pain than nothing at all.” 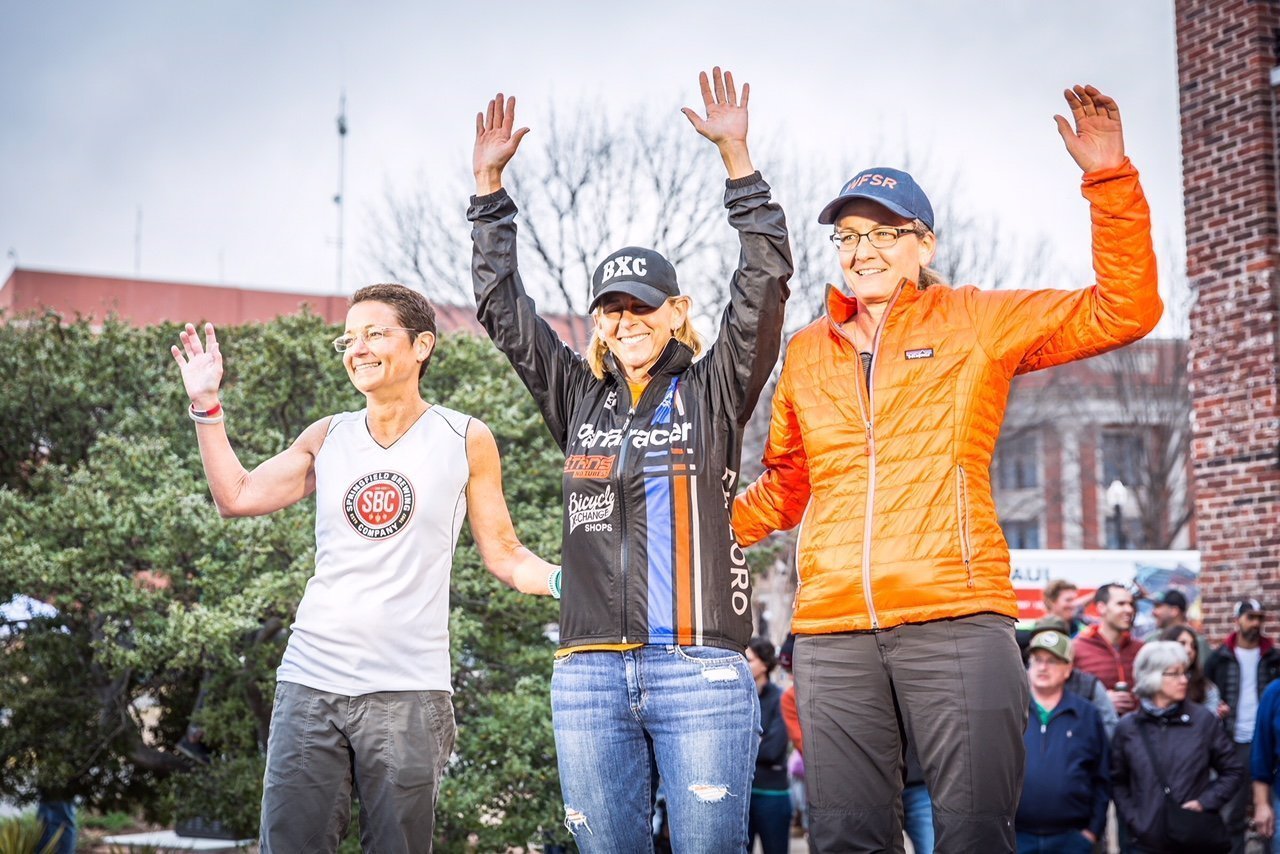 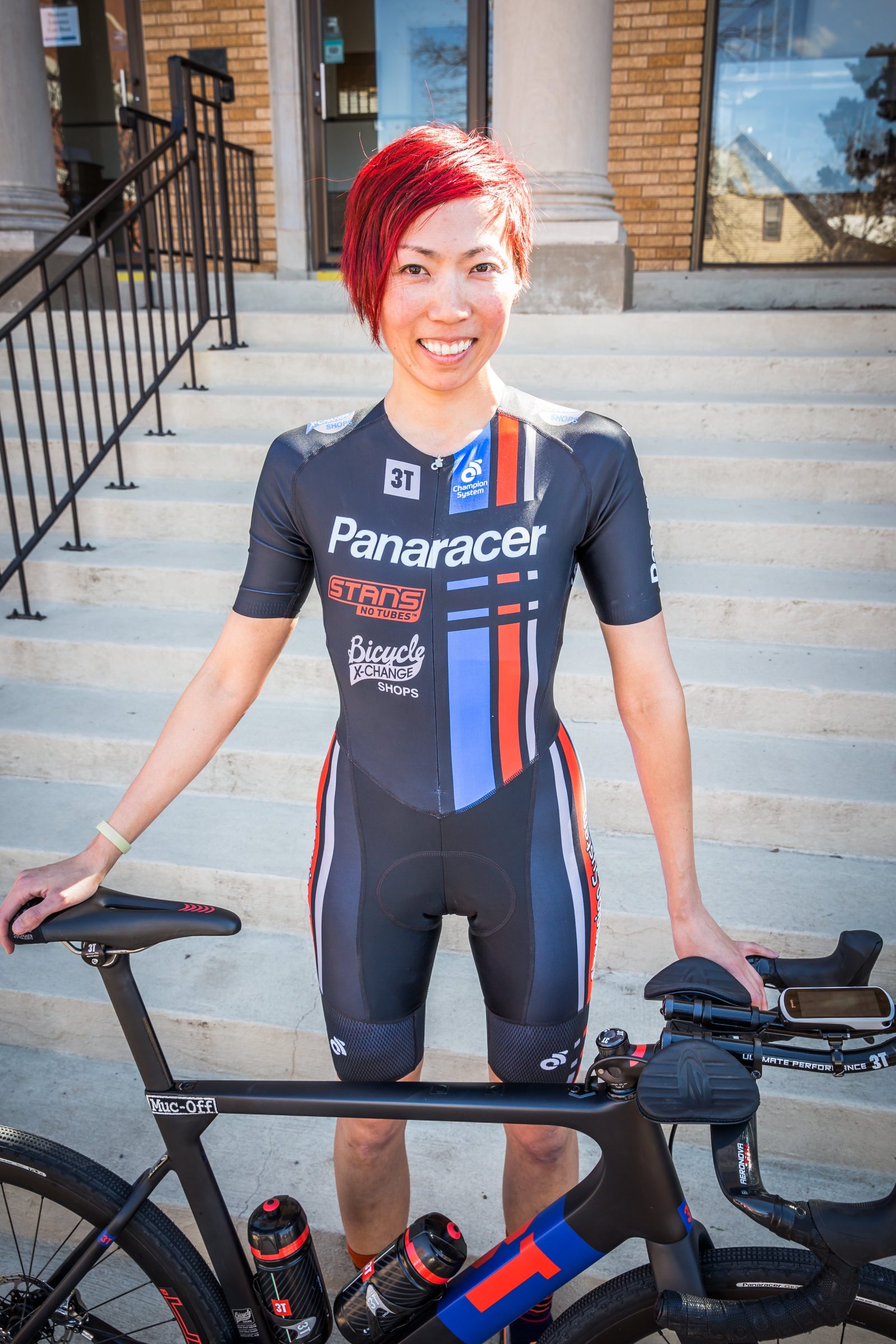 Having been born and raised in Japan, bike commuting was the only cycling I knew.

I arrive at the States at age 19, pursuing a goal to become a pilot. After completing university and flight school, I was thinking about learning aerobatic flying, but I happened to discover cycling as a sport and its multiple disciplines.

Being relatively new to the competitive bicycle racing culture, I tried some local crits, road races, endurance events, and cyclocross, leading me up to long distance gravel racing which I found to be most demanding, challenging and satisfying of them all.

Through gravel, I met a multitude of people and riders, leading to many friendships and a fantastic supportive team in Panaracer/Stans NoTubes p/b Bicycle X-Change. 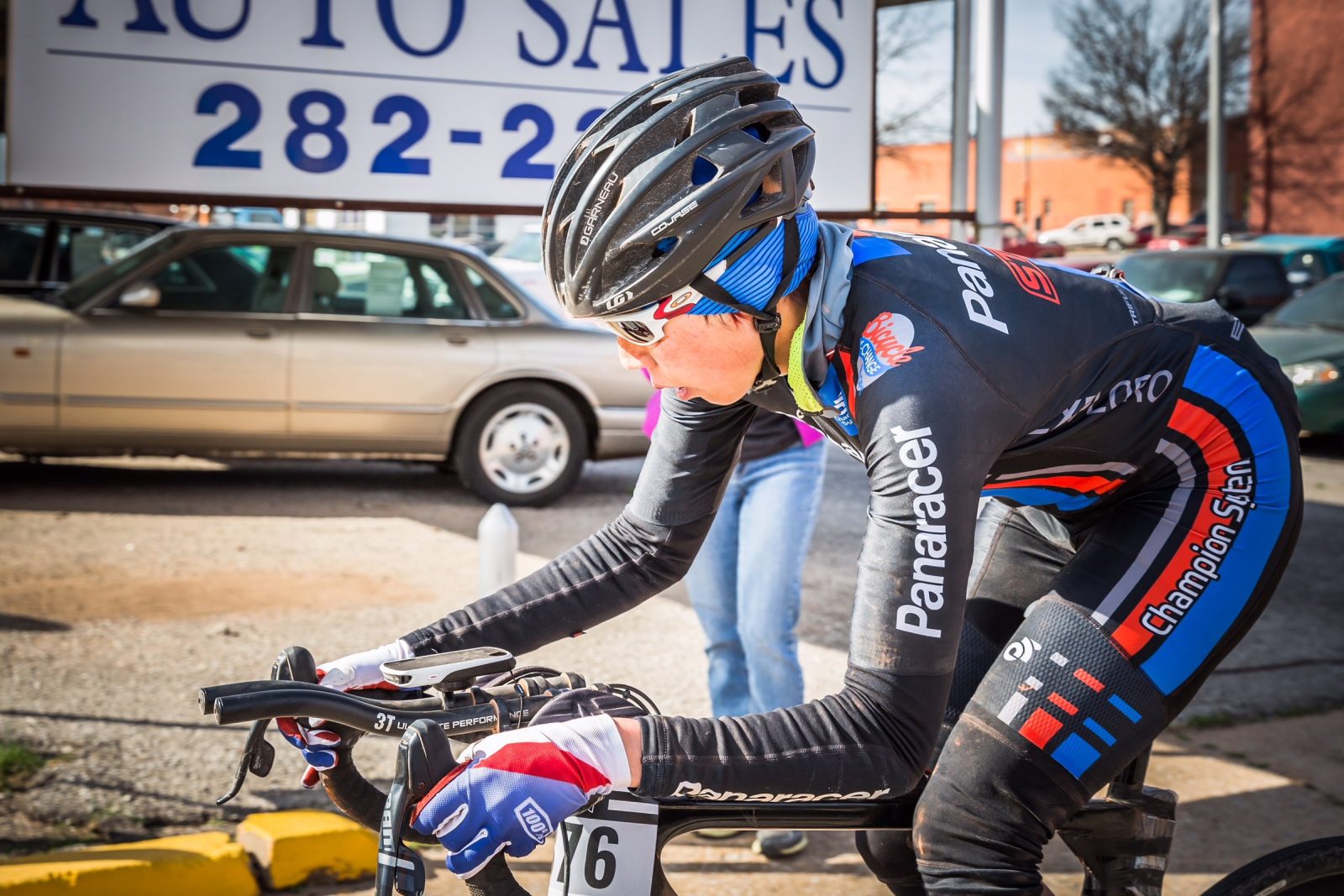 Mike is a Masters Category racer from Kearney, Nebraska 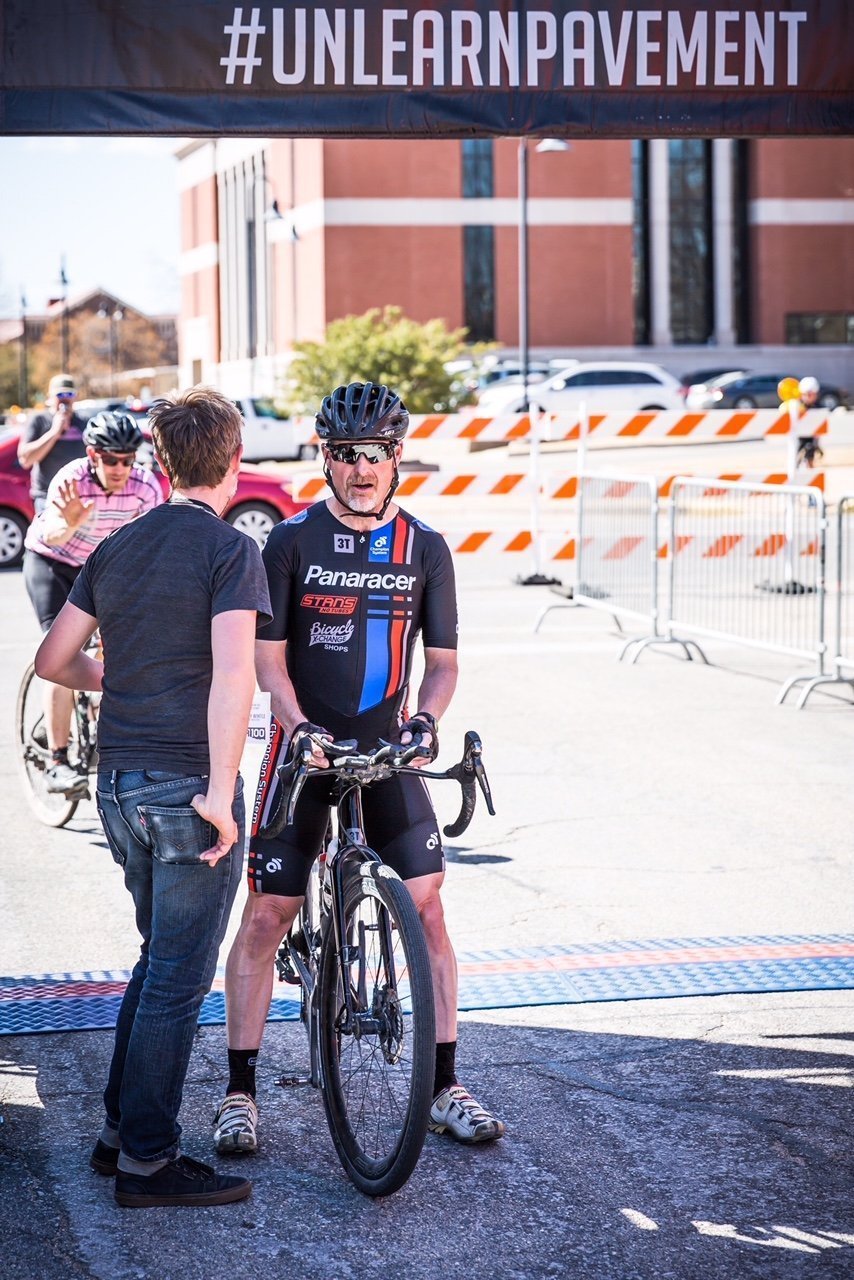 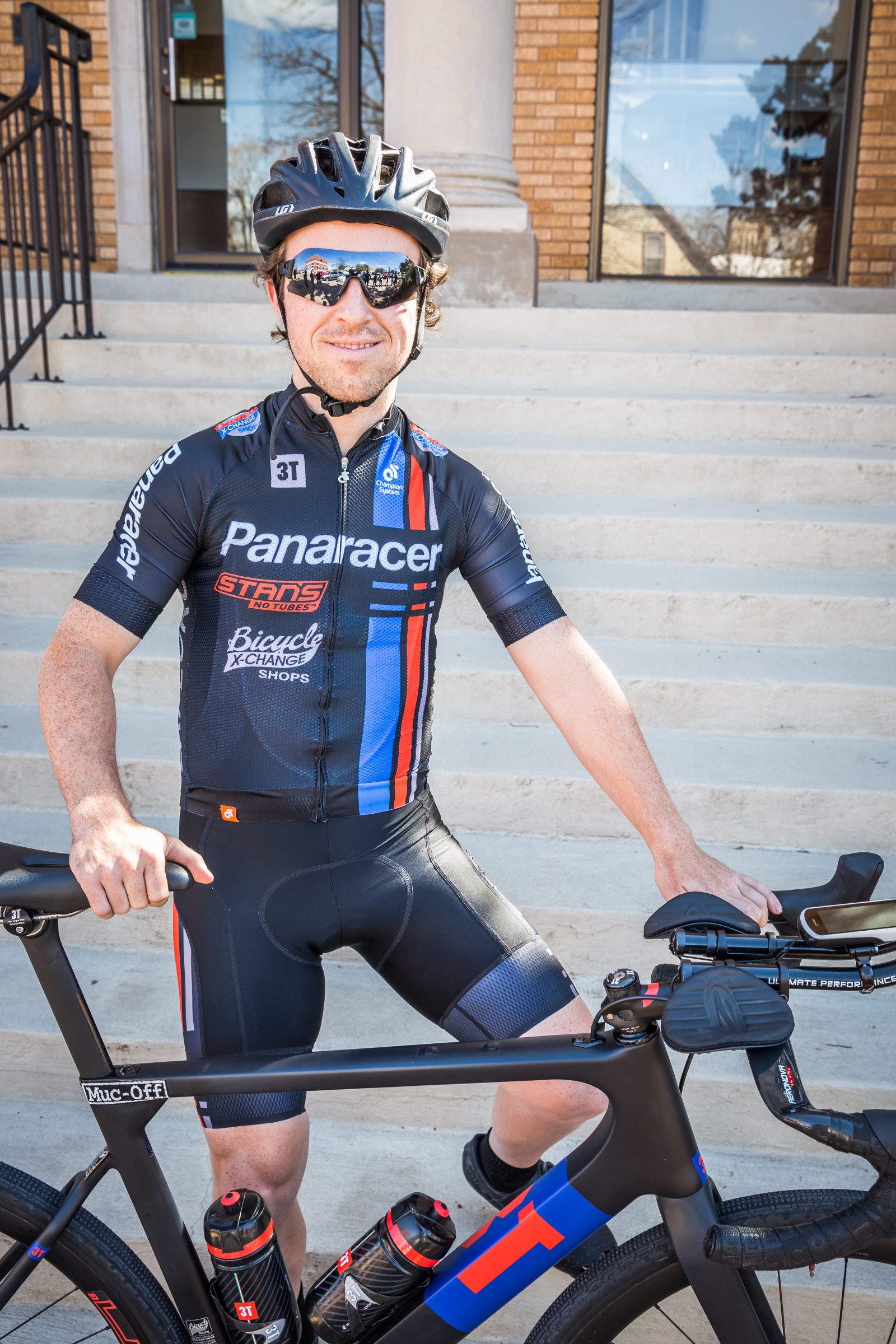 Nicknamed Powerball, Scorpion Mike and Cannonball among others, with over a decade of experience, Michael is a formidable opponent on any terrain. His favourite course is short punchy hills on beautiful gravel roads. Having raced cyclocross, mountain bike and road, gravel is the perfect blend of his road and off-roadskills. 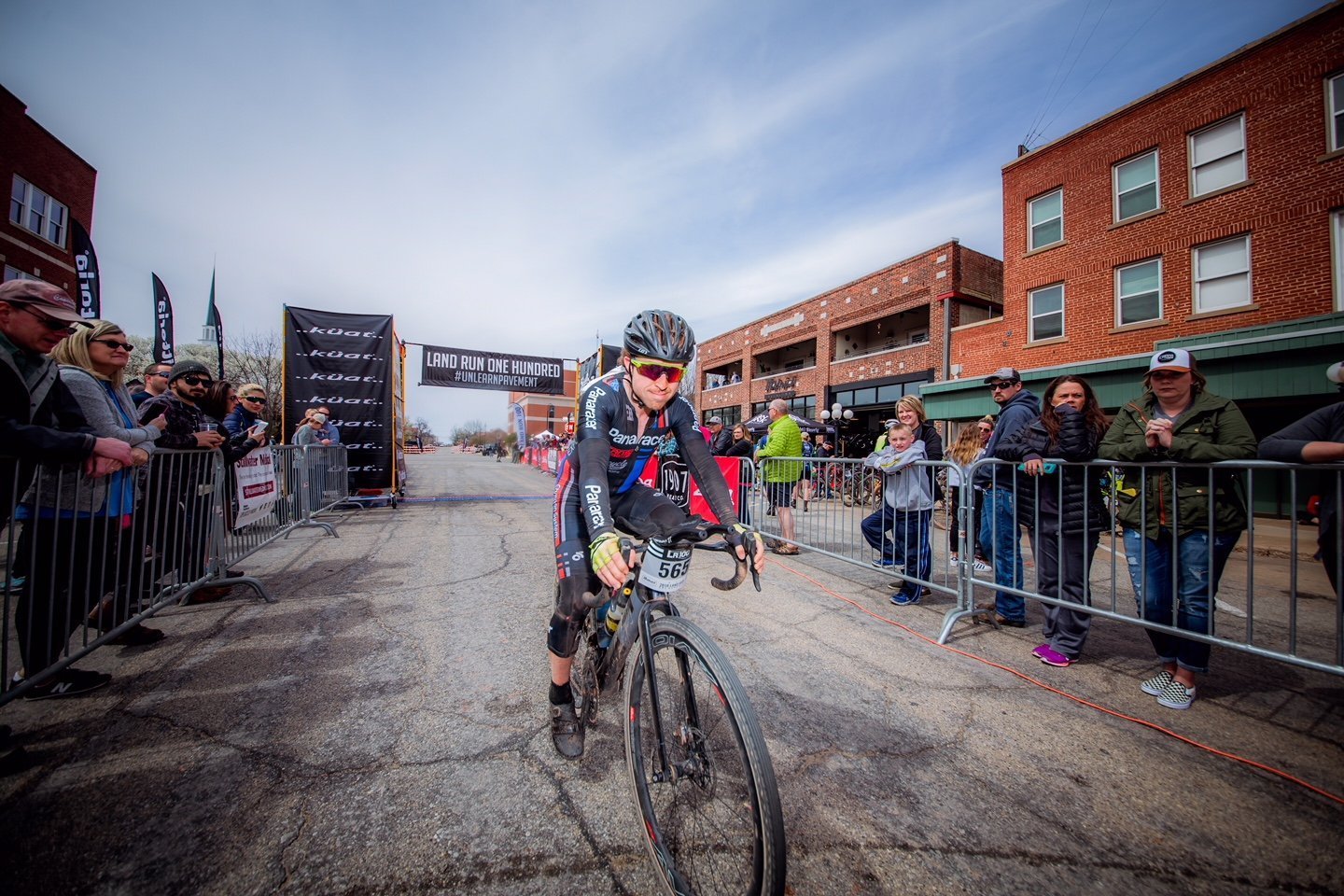