Lasse strikes again! After winning the KOM challenge at the Cadel Evans Great Ocean Road Race, he won today the 1st stage of the Herald Sun Tour in a hectic final sprint. 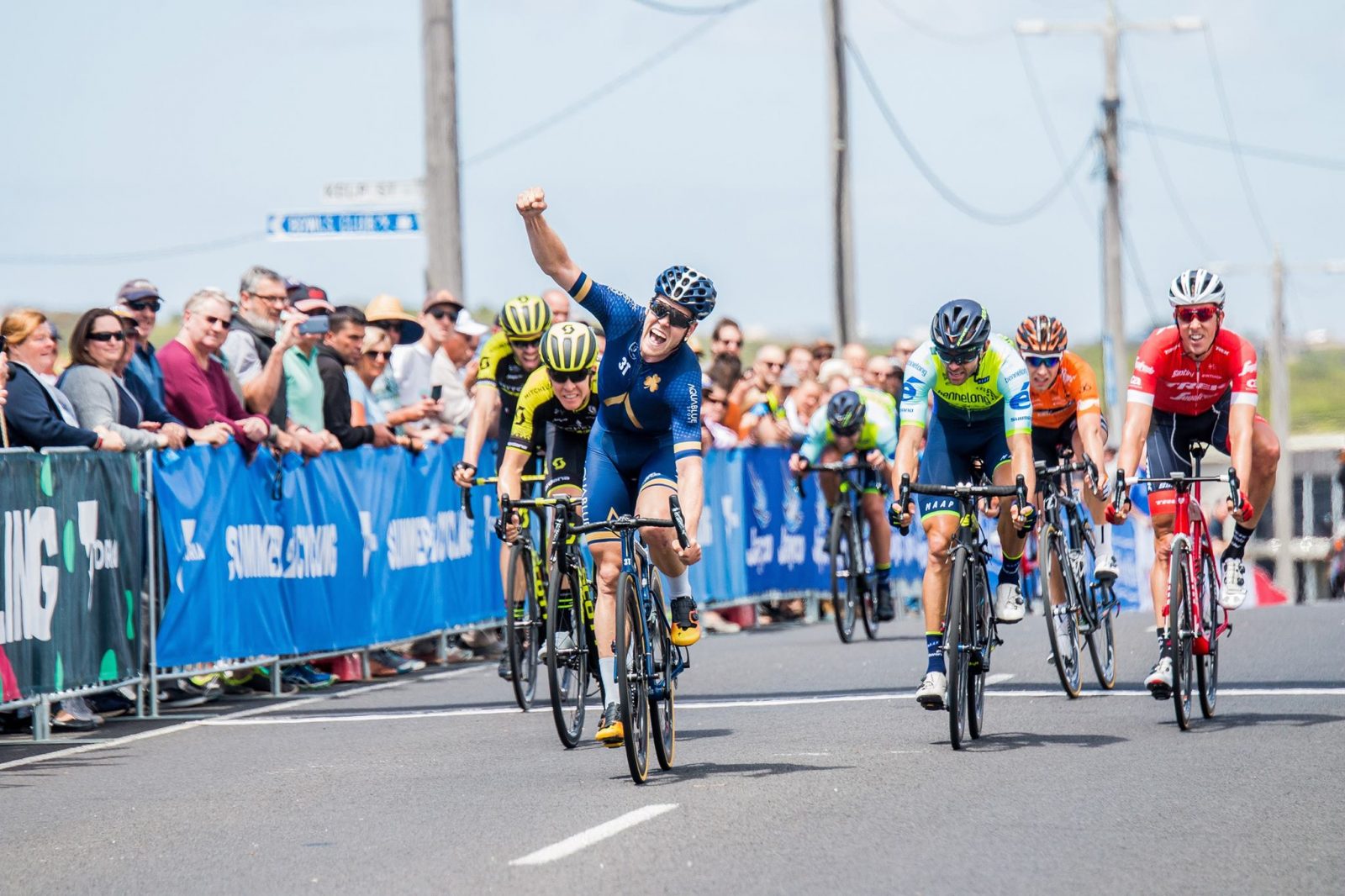 Under windy conditions the peleton fell apart in the last 25 km with a smal group breaking away from the rest. The early six-men breakaway was caught just before entering the last 15 kilometres and what followed was some chaotic attacks and sprints. 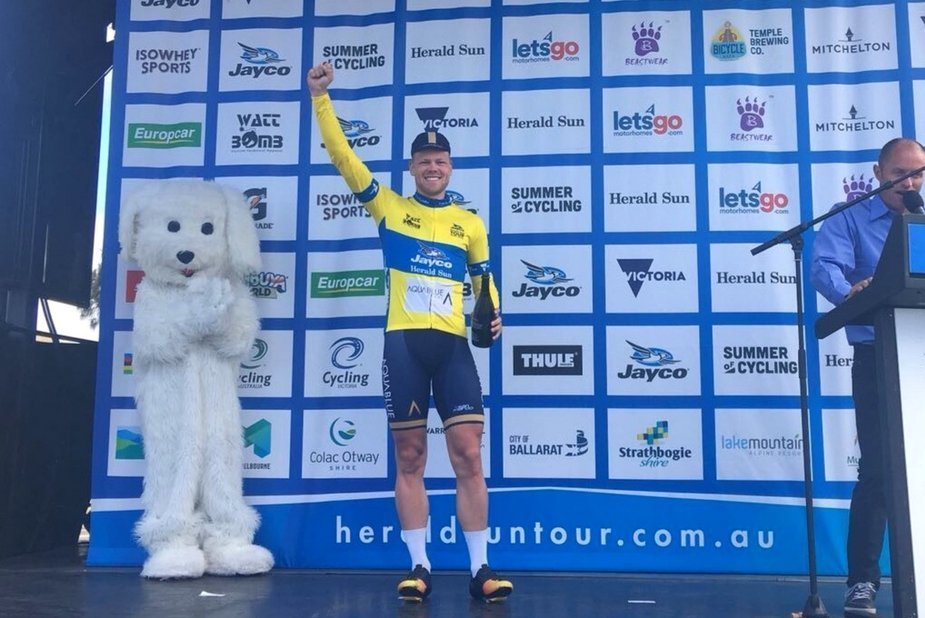 With this victory he also captures the race lead. He has a nine second advantage over second placed Meyer and will wear the yellow jersey on stage two of Jayco Herald Sun Tour (198.6kms from Warrnambool to Ballarat).

In a first reaction right after the race, Lasse expressed his appreciation to 3T for making the Strada so fast and aero. Listen to what he has to say:

We wish Lasse and his Aqua Blue Sport teammates all the best for the upcoming race days!